If you’re reading this, we can imagine you’re either (1) a full-fledged ARMY, (2) deep into the BTS rabbit hole, or (3) simply curious about what makes BTS’ fandom so special. Whatever the case, we’re sure you’re no stranger to the concept of the BTS ARMY — some might find them overwhelming, while others might think of them as one big family. Either way, you may be wondering: Why is being part of the ARMY almost like a lifestyle in itself?

Let me start with something I once jokingly told a friend: “To borrow from author John Green, I fell in love with BTS the way you fall asleep: slowly and then all at once.” (LOL. BTS fans, can you relate?) And that’s just the tip of the iceberg, too. Now, allow me to go into more detail about the emotional stages of joining the BTS ARMY. Fasten your seatbelts — it’s a fun and heartwarming rollercoaster ride!

1. “Why is everyone so obsessed with BTS?”

Even if you aren’t a fan of BTS, chances are high that there’s at least one ARMY in your life — or at least, lurking on one of your SNS feeds. They’re probably raving about BTS’ latest single, splurging all their money on merch, or belting their hearts out to one of their songs in Korean. “I don’t think I’ll ever be one of them,” you may even think to yourself.

Also read: Why Everyone Is Raving About BTS’ ‘Permission to Dance’ Music Video

Maybe you’ve stumbled upon their latest single or one of their English-language songs. You’ll either be thinking, “Wow, this is K-pop?” or “I had no idea they were singing in English!” Either way, you’ve realised their music is actually quite catchy… And perhaps even end up watching one of their live performances.

After your nth performance video, you still have no idea who’s who — most especially because of their ever-changing hair colours. So, you move on to the next step: watching their interviews. But one interview leads to another, and another…

And before you know it, you’re telling your family and friends that RM learned English by watching Friends, Jin was scouted on his way to school just for being super handsome, and J-hope really really loves kimchi fried rice (oh, and Sprite). You’re raving about them as if they’re your friends — and on top of that, you have to admit it: you want to know more.

… How was there ever a time you thought you couldn’t be a fan? You now see way, way past the colourful hair, the makeup, and the language barrier. It turns out that they’re both hilarious and genuine, have a passion for performing, and really, truly love their ARMY. They feel like long-lost friends — like home, even.

To add to all that, you learn that their discography is absolutely comforting. It’s been such a long time since you listened to a song that wasn’t about heartbreak or filled with sexual innuendos. Reading the English translations of their lyrics feels just like receiving a warm hug. No wonder you’ve heard so many people say that BTS saved their mental health.

Yup, you’re in deep and you can’t deny it… You’re officially a self-confessed ARMY.

After binge-watching countless interviews, performances, documentaries, and episodes of their shows… You have no idea how so many people have chosen just one member as their bias. You’re in love with all of them.

Okay, fine — you’re leaning towards someone, but it kinda feels like you’re betraying the others. (Don’t worry, you’re not.)

You look back on 13 Jun 2013, and wonder what in heck you were doing that day. Whatever it was, it probably wasn’t as important as BTS’ big debut. You wish you were there from the beginning. *Curses self for thinking I was too cool for K-pop back then*

Don’t beat yourself up about it too much, though. BTS’ Suga once said, “Don’t feel regretful that you weren’t there since our debut, because every moment feels just like when we first debuted. The day you first met us, is the day we debuted.” 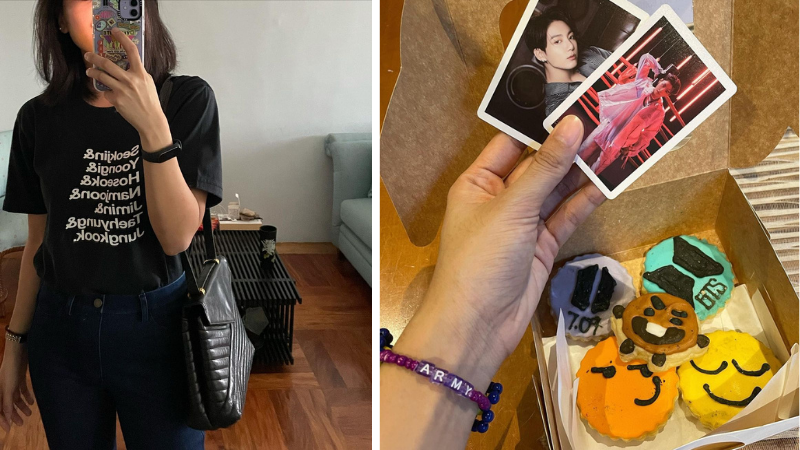 You used to laugh at your friends for buying random, expensive (and admit it, sometimes even useless) things just because they were BTS-related. Suddenly, you are one of them. BTS endorsed product? Add to cart. Fan-made merch? Sold. Official BTS merch? BRB, looking for freelance opportunities to fund my merch-collecting obsession.

Also read: The Most Creative Ways to Preserve Your BTS Meal Packaging, According to ARMY 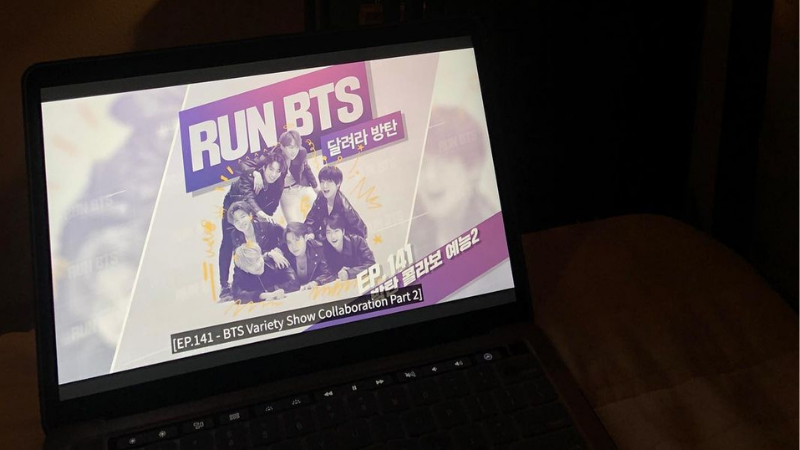 Tuesday nights are officially your favourite time of the week; new episodes of their variety show, Run BTS, are what keep you going. No matter how busy your day is, you make time to watch the latest release. It’s the epitome of a serotonin boost — you always seem to find yourself laughing out loud on Tuesday nights!

Also read: Loved BTS In The Soop? You Can Actually Book the Lakeside Property on Airbnb

9. *Wakes up to countless notifications*

You’ve probably received this valuable piece of advice from ARMY friends: you must have accounts on Twitter, VLive, Weverse, and YouTube to stay up to date. Their fans are spoiled with content, and even that is an understatement. BTS wasn’t named Top Social Artist for nothing, after all!

With that said, you end up learning that being part of the BTS ARMY is pretty much a full-time commitment. Their schedule is packed — and in that sense, so is yours. And so after taking a quick break from social media, suddenly there’s so much to catch up on: the members went live, a new video was released, and someone posted a cute new selfie.

Yup, you just found out the hard way that being an ARMY means having to turn on your push notifications… or you know, not sleeping at all. The FOMO is real!

Soon, you realise that ARMY is just as charming as BTS. There are countless stories of how BTS has positively used their influence, and their fandom is living proof. ARMY has been known to match BTS’ donations, start fund drives for good causes, and even helped fellow unemployed fans find work. If you do your research right, you’ll find out just how heartwarming and powerful BTS and ARMY’s relationship is.

Here’s the thing about BTS being so active on social media: When days go by without any new content, you can’t help but miss them. Up until this point, you didn’t know you could actually miss someone without ever really meeting them — but that’s the BTS-ARMY relationship for you. The great news? They miss you right back.

Suddenly, you’ve made friends with new and unexpected people simply because you’ve bonded over BTS. You’ve even joined BTS-focused Facebook groups with people you barely know — and yet you feel right at home.

The best feeling, however, is when one of your friends joins the fandom (and without your convincing, either). It’s almost like being a proud parent! Welcome to ARMY, friends.

As BTS has a treasure trove of content for everyone to enjoy, it’s completely possible to watch the group evolve from their pre-debut era all the way up to today. One thing you’ll notice when watching their old videos: They’re still as humble as they were on day one.

Years into their career, it’s easy to see they continue to work hard to deliver great music and performances. Their driving force? None other than their ever-growing ARMY. And how could any of us not appreciate that? Stan a group that stans you right back. Without question, you’re confident that you’re in this Bangtan Sonyeondan sh*t for life!

Also read: 7 Emotional Stages of Watching a K-Drama While Quarantined

So, what stage are you at right now? We’d love to hear your answers in the comments section. Borahae, ARMY!