My Journey to Catanduanes: The Less Travelled Gem in Eastern Philippines

Catanduanes a less travelled destination in the Philippines, yet it offers as much majesty as the more well-known Batanes.

Catanduanes was once called the “Land of the Howling Winds” due to the fact that the province endures a lot of typhoons every year, but later on, the moniker was changed to “The Happy Island” mainly because no matter how many typhoons come and go, its people always stood up again and smiled.

Personally, I haven’t thought about visiting Catanduanes and thought more about Batanes instead. As a Cebuano, it is costly for me to visit Batanes – mainly because of airfare since there is no direct flight from Cebu to Batanes – then came the thought of Catanduanes.

I did not regret deciding to visit Catanduanes. The province itself offers so much more than its well-known counterpart. Hence, I could call Catanduanes as the “Batanes of the East” although one cannot really compare the two since both have their own charm and character.

Also read: Bicol Adventure: 3 Days in Albay & Sorsogon for Less Than ₱4K Each

How to get to Catanduanes from Manila

Cebu Pacific is the only airline that flies from Manila to Virac, Catanduanes. Normally, the airfare will cost around ₱2,500 if you will book it around a month prior to the time of departure.

From Tabaco Terminal, take the tricycle which costs ₱10 per person to Tabaco Port (if you are coming from Legazpi). If you took the bus from Manila all the way to Tabaco, just tell the driver to drop you off at the Tabaco Port.

From the airport, take a tricycle to the van/jeep terminal where you can hop on going to Tabaco. I would advise, however, to stay for a night in Legazpi and leave early in the morning. Public transportation in Catanduanes is virtually non-existent in the eye of a first timer. There might be some jeeps but no reliable schedules. So if you want to roam around the province, it is best to book it via tour operators, especially if you travel in groups. We were able to get ours at ARTGO Travel and Tours. They are a tour operator based in Legazpi City. They offer a wide variety of tour packages concentrating in the Bicol Region. This will give you a stress-free vacation in this paradise. Contact posted below.

If you are travelling solo, you may want to hire a motorcycle with driver for a day or two. The rate ranges from₱1,000-₱1,500 per day depending on your haggling skills.

I was travelling with my friends. There were five of us, and we took the 12.30pm fastcraft trip from Tabaco to Catanduanes. It was a smooth sail and we arrived in San Andres, Catanduanes around 2.30pm.

Upon arrival, our tourist van was already waiting for us. We went to our hotel first for check-in, then off we went to our tour.

Since we already arrived late, we could only visit Sakahon Beach and Bote Lighthouse. 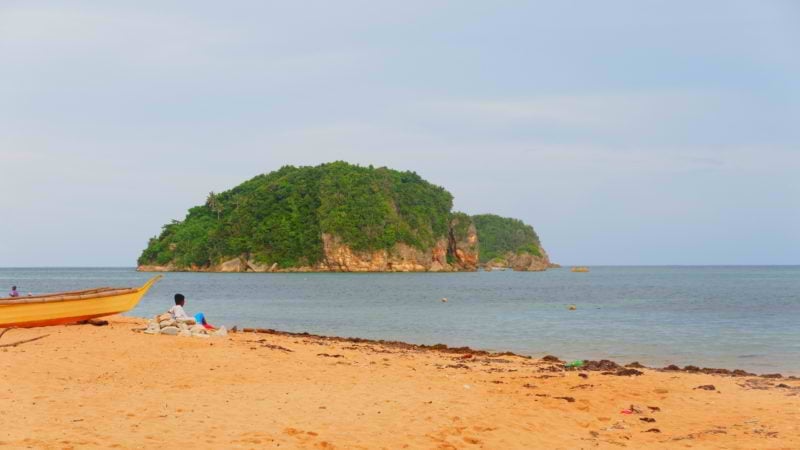 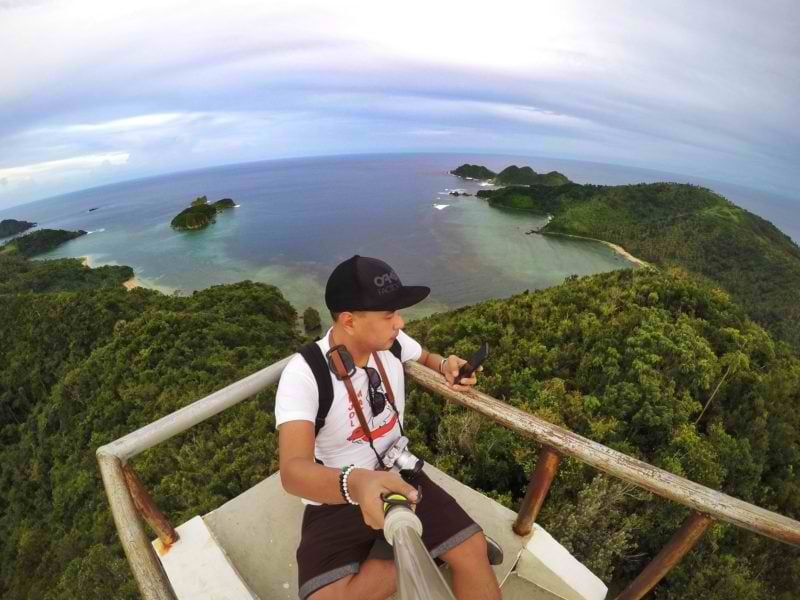 It was an early start for Day 2. We started our tour at 6.30am. We visited these places in this order:

One of the famous spots in Catanduanes due to its picturesque landscape. 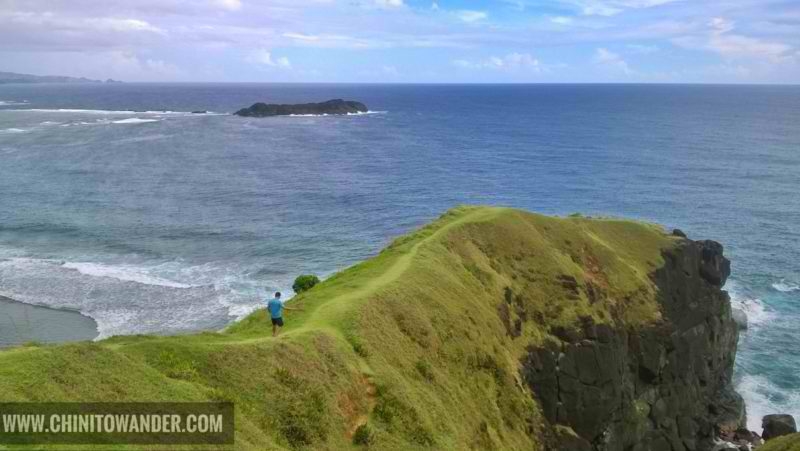 It is a working observatory scanning the Pacific Ocean for incoming typhoons.

During low tide, the famous arch is visible and can be reached by foot to have an awesome photo shoot. Too bad it was high tide when we got there, but it was still amazing.

Also known as Talisoy Cove, here you can notice the ‘”face” of Jesus engraved on the cliff.

A night at this resort would have been amazing, but due to budget constraints, we chose another hotel, which for us was still a steal.

We stayed at Kemji Resort. Our accommodation was already included in our tour package so it was pretty much stress-free.

Anyway, I was able to take a photo of their room rates. 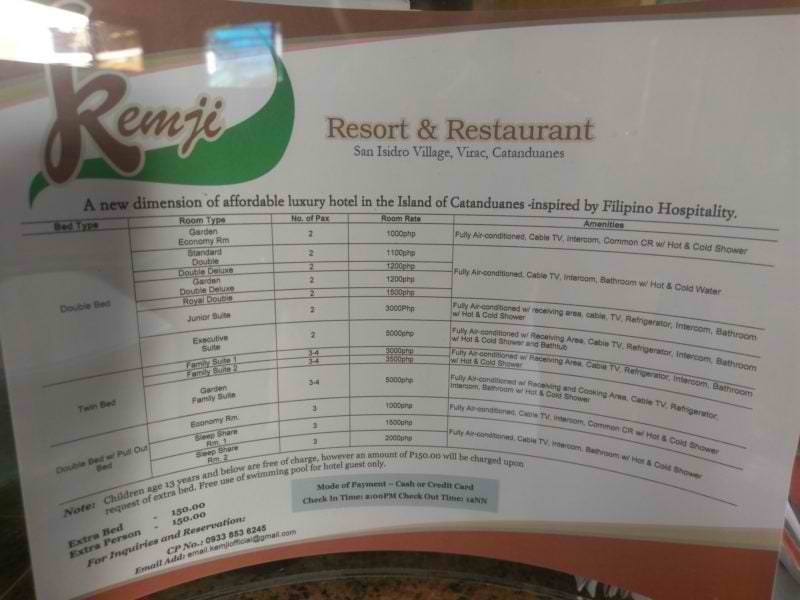 Catanduanes became one of my favourite Philippine destinations because of two major reasons: first, it offers a majestic untouched beauty, and second, it is mostly uncharted, which gives you the opportunity for a fair amount of photo ops!

Then it made me think why this roaring wind-filled “Province of the East”  is unpopular to most travellers. Maybe up until now, there isn’t enough tourism exposure. But I highly urge you to visit Catanduanes!

I was so wrong to compare Catanduanes with Batanes. Catanduanes is not just a Batanes alternative, it is an amazing destination in its own right. 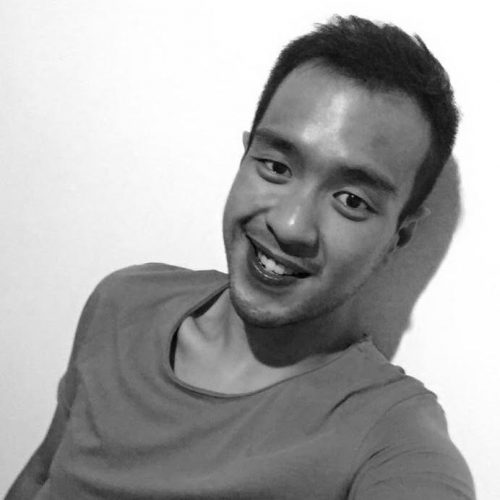