Disney+ Philippines is about to kick off on 17 Nov 2022. The streaming giant has been providing quality content for the past few years across the world. From their timeless classics to new offerings, here is what you can expect when tuning in to Disney+ Philippines! 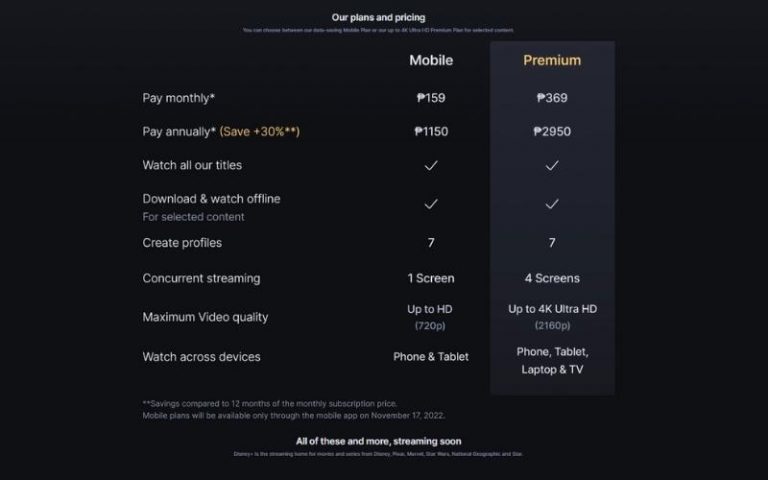 After almost three years since the service started, the Walt Disney Company (Southeast Asia) announced on 20 Oct 2022 that Disney+ will be launching in the Philippines. Starting in November, Filipinos can now have access to Disney+’s ever-expanding library of films, TV shows, and documentaries suitable for all ages. Their library includes productions from brands such as Disney, Pixar, Star Wars, Marvel, National Geographic, and Star.

According to the pre-launch website, there are two streaming plans for Disney+ Philippines subscribers. The cheapest is available for mobile devices only at ₱159 monthly. Subscribers can save more by paying for an annual subscription for ₱1,150. This plan can host one screen at a time.

The second plan is a premium tier of Disney+, where subscribers can access the streaming service for laptops and smart TVs. This plan costs ₱369 a month and ₱2,950 for an annual subscription. The plan will also allow concurrent streaming for up to four screens. Both plans can have seven profiles all of which can access Disney+’s entire catalogue. 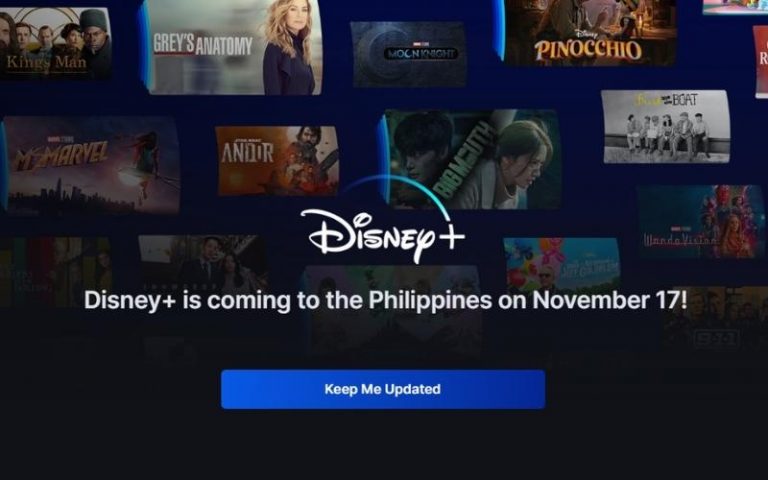 Disney provides the lion’s share of the content. From their classic animated feature films such as Aladdin, Beauty and the Beast, The Lion King and Mulan, to their most modern works like Encanto, Raya and the Last Dragon, and Moana, these films will be available to watch for subscribers. Additionally, the service will also host films from Walt Disney Pictures, such as the Pirates of the Caribbean franchise, Jungle Cruise, and the filmed version of Hamilton.

Programs from Disney Channel such as Kim Possible, That’s So Raven, and Gravity Falls are included in the library. Finally, upcoming Disney+ exclusives such as Hocus Pocus 2, Willow, and Disenchanted will also be available.

Pixar offers some of the best-animated films in history for the streaming service as well. Classics such as the Toy Story series, A Bug’s Life, and Finding Nemo can now be played on demand. Most of their newer films such as Turning Red, Soul, and Lightyear are also available on the service.

Marvel Cinematic Universe and Star Wars, all in one place

Catch up on the latest developments in the Marvel Cinematic Universe (MCU) by streaming the entire Marvel Studios catalogue once Disney+ goes live. From Iron Man, all the way up to Thor: Love and Thunder, fans can now literally watch how this multimillion franchise unfolds all on their own streaming devices. Exclusive to Disney+ is the essential series such as Wandavision, Moon Knight, She-Hulk, and Loki.

Subscribers can also have access to galaxies far, far away because they can view all 12 Star Wars films on Disney+. Series built around the franchise such as The Mandalorian, Kenobi, and the upcoming Andor are exclusive to Disney+ and are available for streaming.

Curated content from Star includes productions from studios such as FX, Searchlight Pictures and 20th Century. This extends to films from other studios such as X-Men and Predator. From compelling dramas, such as Grey’s Anatomy and NCIS, to animated comedies, like Family Guy and The Simpsons, Star has content that any age will definitely love. The new season of the popular singing competition The Voice will also premiere on the service.

National Geographic Channel will also grace the streaming service, providing insightful documentaries for subscribers. Programs such as Gordon Ramsay: Uncharted, Brain Games, and The World According to Jeff Goldblum can be accessed by inquisitive subscribers. 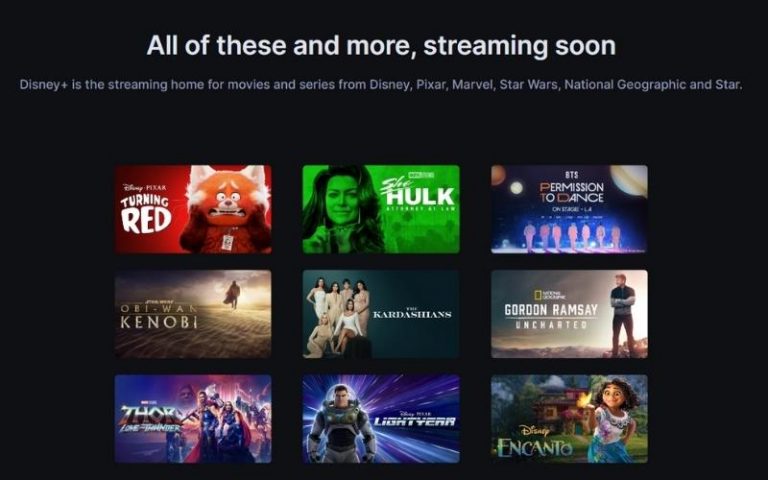 Popular Korean programming will also be available for streaming on Disney+ Philippines. Compelling shows such as Big Mouth, Snowdrop, and Doctor Lawyer can be accessed on demand. For ARMYs, Disney+ streams content that includes the South Korean supergroup BTS such as BTS: Permission to Dance in LA and IN THE SOOP: Friendcation.

With the vast amount of compelling content, it seems like Disney+ will be popular among Filipino audiences. Now that the service will establish its presence in the country, the range of options for viewers just became wider and deeper. Share with us your watchlist and reviews about their shows on our Facebook page!