Filipino Squid Game? These Pinoys Made It Happen

Ever since Squid Game came out, a lot of Pinoys have been wondering the same thing: What if Squid Game were to take place in the Philippines? How different would the games be? Well, instead of just wondering, Pinoy YouTuber Donnalyn and her friends decided to make their Filipino Squid Game, and netizens can’t get enough of it.

The video premiered on 1 Nov 2021, and has since racked up over a million views. At the time of writing, it’s number two on YouTube’s trending list, and #TheFilipinoSquidGame is already trending on Twitter.

Wondering how the Filipino Squid Game goes? Read on for a quick preview!

A breakdown of the Filipino Squid Game 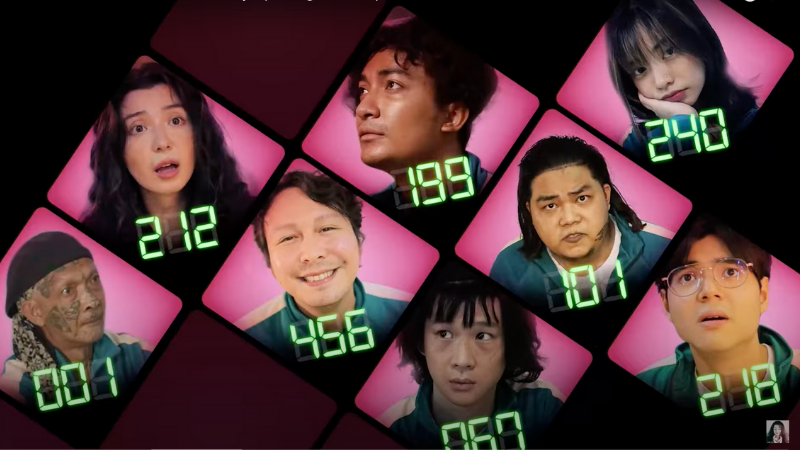 For this video, Donnalyn recruited a few friends that include familiar names like Marv Fojas and Baron Geisler. The gang went all out with costumes, hair, and makeup to look like specific characters from the hit Netflix series. They even had tarps made to replicate the backdrops from the Red Light, Green Light and Honeycomb Challenge scenes!

As expected, Donnalyn and the group added their own Filipino twist to their version of Squid Game. Here’s a rundown of what they did: 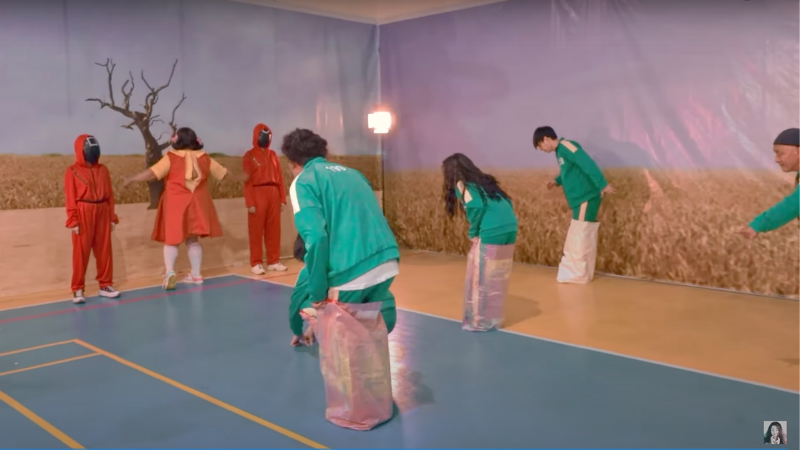 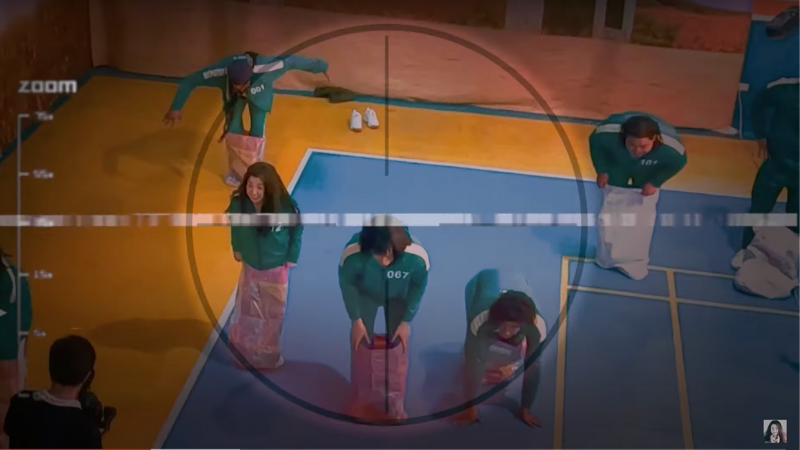 Thankfully, the Filipino Squid Game didn’t cost anyone their lives. Their version of Red Light, Green Light instead involved a fun twist: the players were made to make their way to the finish line while jumping inside rice sacks. Those caught moving by the “it” were simply shot with water guns.

So, what’s the Pinoy edition of the Honeycomb Challenge like? Well, instead of dalgona candy and a needle, each player was given a tin can of polvoron and a hammer! As for the time limit, they each had one minute to carve out their assigned shapes. 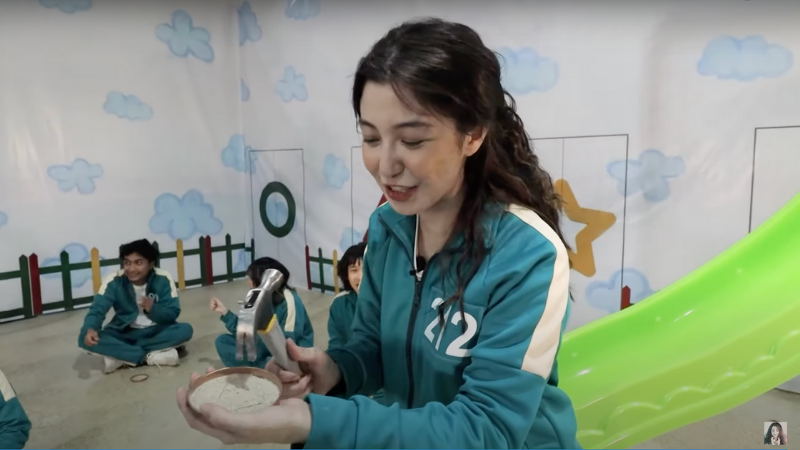 Viewers are in for a surprise for this particular challenge, but we won’t spoil it! 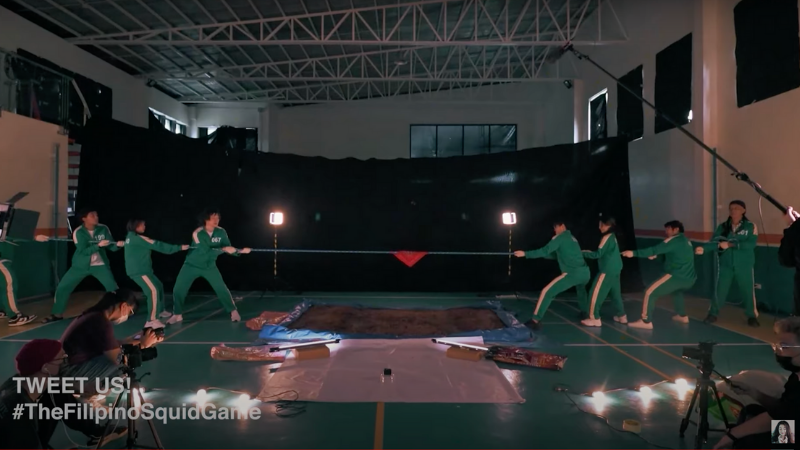 The winners of the first two challenges were given the chance to choose their teammates for this next game. Instead of having the players fall to their deaths, the Filipino Squid Game version of Tug of War involved another type of setup — one that might even be worse than the original. (We’ll let you be the judge.)

In the space between the two teams, Donnalyn and her crew prepared a large patch of soil. To make things even more intense, she poured a box of live worms into the soil. Yikes!

Just as things start to get more exciting, the video comes to an end. Apparently, there’ll be a second part to this Filipino Squid Game video, so stay tuned!

Also read: 13 ‘Squid Game’ Facts That Will Make You Love the Series Even More 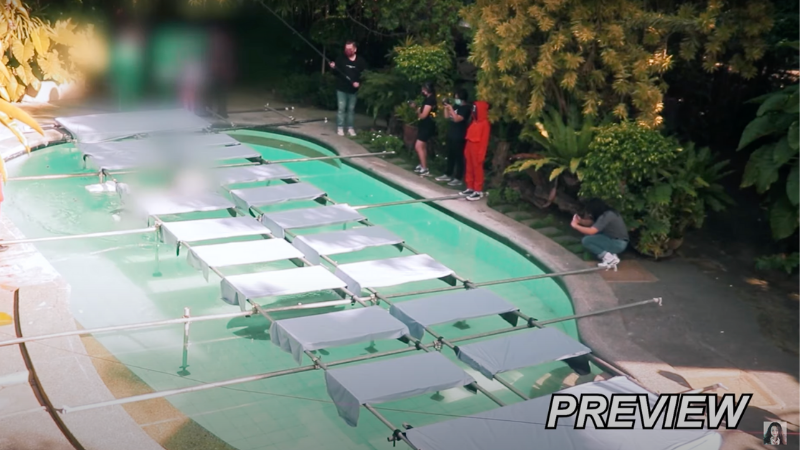 In the sneak preview, we also see that they’ll be including their own rendition of the Glass Jumping challenge. Are you looking forward to seeing it? In the meantime, check out Donnalyn’s Filipino Squid Game video here if you haven’t yet!