In May 2018, I hiked for the first time in my life to Mt Ulap. It was one of the hardest and most rewarding things I’ve ever experienced. It was very difficult physically, as you can imagine, because the trail is mostly steep and very very long until you reach flat surfaces where you can rest. I think taking time to jog a few days leading to the hike was helpful in preparing me, but once we started our ascent, I wished I had done more cardio.

I would run out of breath quickly, and my legs ached like hell. But every time I thought I couldn’t go on anymore, a breathtaking view of the landscape and mountain ranges would make up for all the physical exhaustion. I also had the great company of my friends who kept me going. Together, we conquered Mt Ulap and discovered these things along the way.

1. It’ll take you six to eight hours at a slow pace to finish the hike 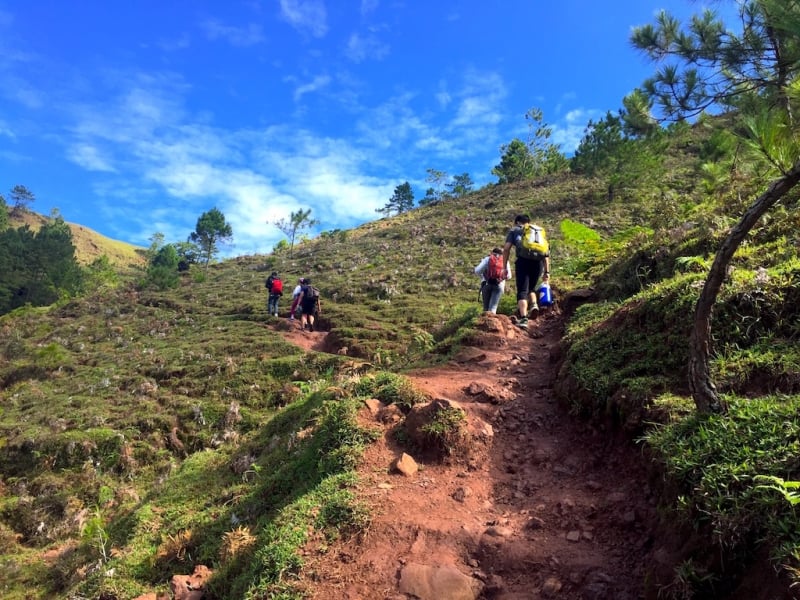 Mt Ulap is a long hike compared to your usual one. You need more than just strength and stamina to climb up and go down, you need patience. Although Mt Ulap shouldn’t be that hard for experienced hikers and mountaineers, it’s a tedious climb for beginners. So, if you’re a beginner like me, make sure to prepare both your mind and body for the hours spent under the sun, walking on the muddy ground, batting away bugs, and taking brief intervals when you can. Don’t force your body to go on if you think you need a drink of water or to eat a pack of gummy worms (they actually help).

2. There are a lot of dogs and cows in the mountain

Along the way, you’ll meet new friends. Ones that bark and ones that go “moo”! I was surprised to encounter so many dogs and cows on the trail, and some dogs even ended up following us to certain points. They appeared to have more stamina than any of us and put us all to shame when it came to hiking steep steps. The locals we encountered who worked or resided on the mountain also owned dogs, not just a few, but families of them from puppies to adults. It was a very cute thing to see for tired climbers like us.

Most of the cows we encountered were in grassy and open areas. They were in herds and don’t really bother hikers, except when they’re blocking the way, wherein you’ll just have to politely go around them.

3. Mt Ulap has its own Ministop when you get to the centre 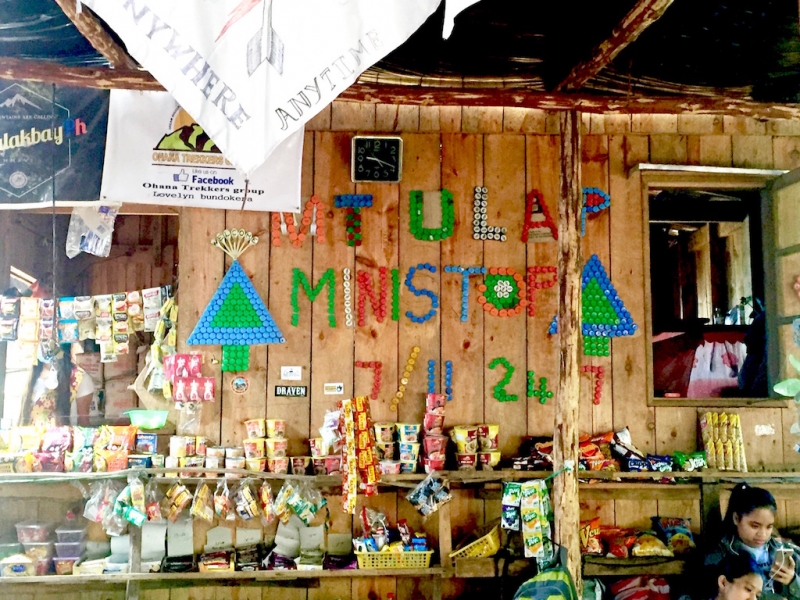 If you forgot to bring extra water or food, you don’t need to worry because Mt Ulap has a version of Ministop and 7Eleven halfway through the mountain. You can ask the shopkeepers to cook you Pancit Canton or hotdogs if you’re craving for a meal. They have tables and benches for your group to sit and rest while you’re waiting for your food. 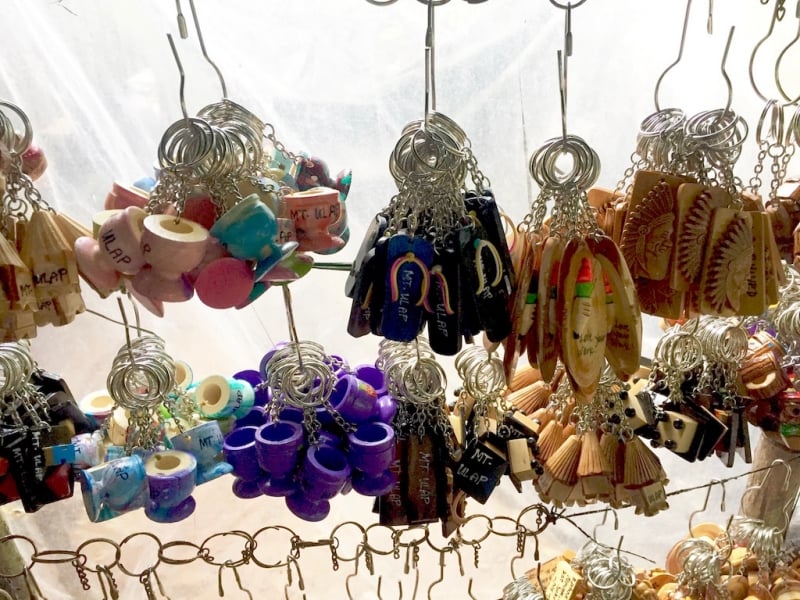 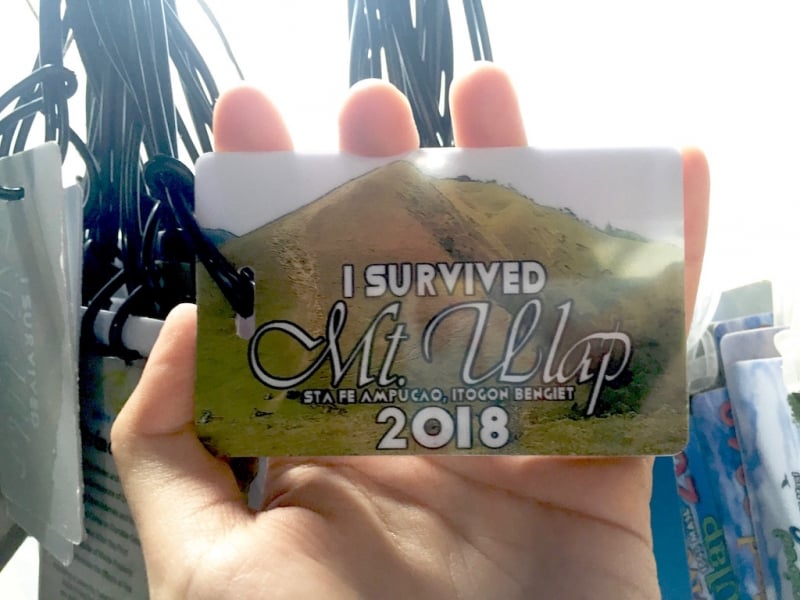 You can start buying your souvenirs here too, they have loads of keychains and others trinkets. If you don’t want to carry extra weight, you can wait until you get to your end point. They sell Mt Ulap shirts at the foot of the mountain.

4. You’ll find fields of green and flowers when you reach flatter surfaces 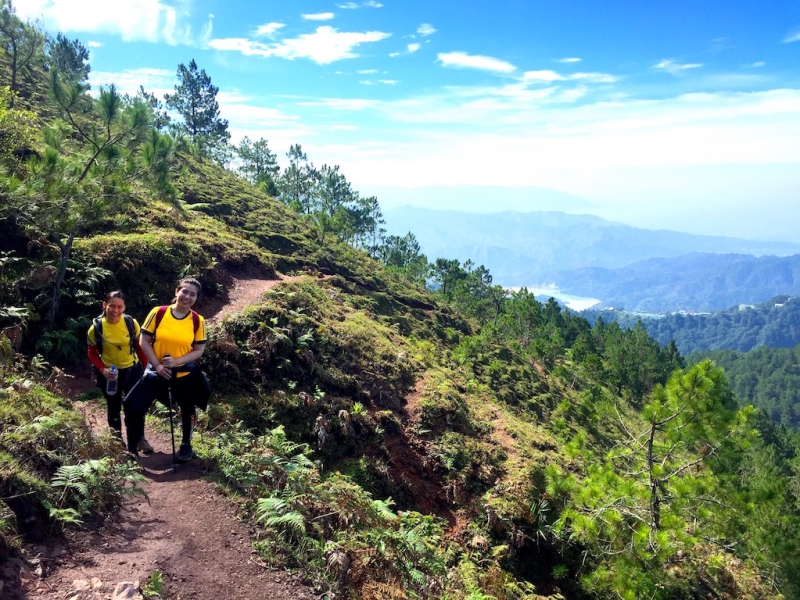 This is when the climb starts to feel worthwhile because the sight of nature’s beauty is truly rewarding. I didn’t think I would find such landscapes in the Philippines. From the thick green grass and pine trees to the carved out ridges on the trail, so many things were picture-perfect, and yes, Instagram-worthy! 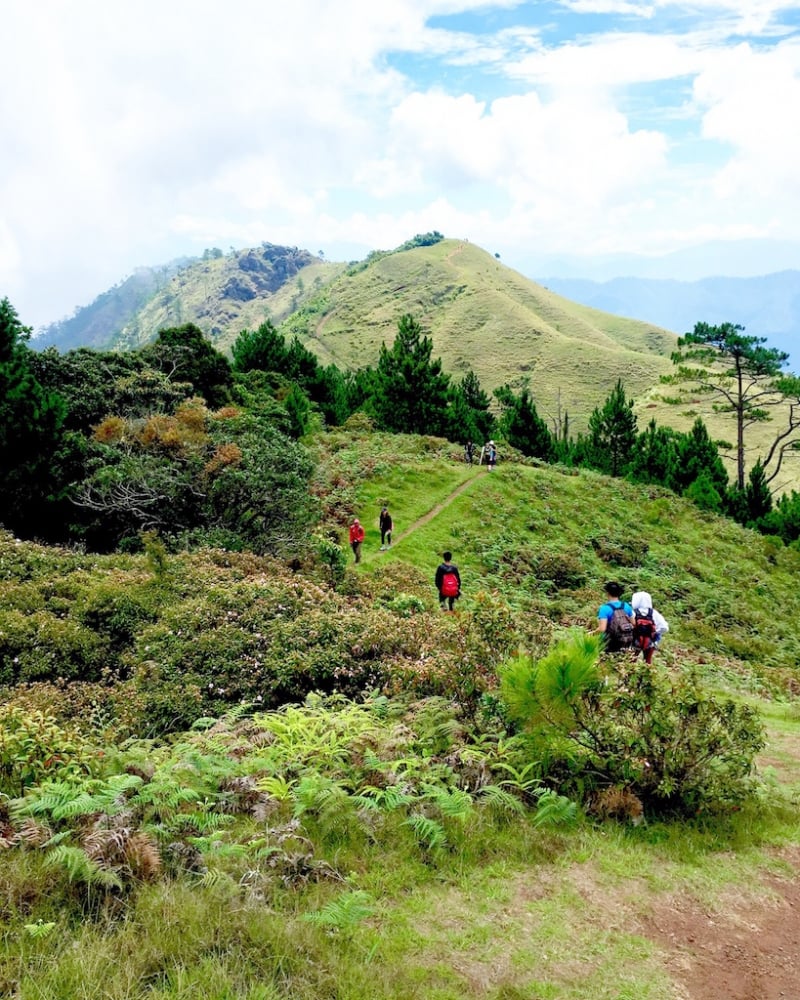 We were also pretty lucky to have the weather cooperate with us during our hike. It only started raining after we reached our end point.

Yup, there are a lot of bugs because they get attracted to cow poo, which you’ll find at a lot of spots in Mt Ulap. They can get bothersome, landing on your belongings and even your hair. You might want to apply some Off! lotion to shoo them away. 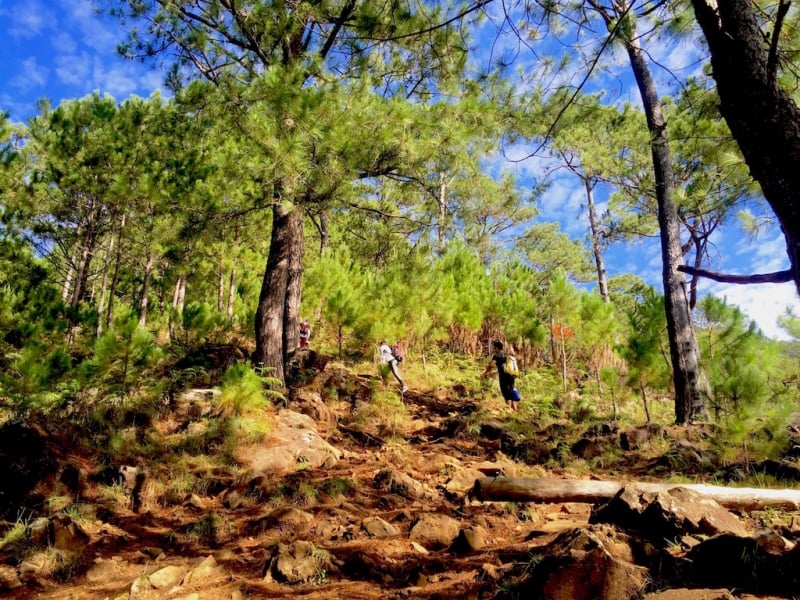 Our hiking group took the reverse route of Mt Ulap and going up, the trail was mostly rooty instead of stony. There were a lot of big roots that intertwined or became the “step” themselves, but you still have to be careful. Going down, the path was stonier. Small rocks on steep steps can be dangerous or can even hurt your toes if you’re not wearing the right footwear. I’d advise you to invest in real climbing or hiking shoes. It’ll make your life way easier.

7. Climbing the mountain in reverse gets the hardest parts done first 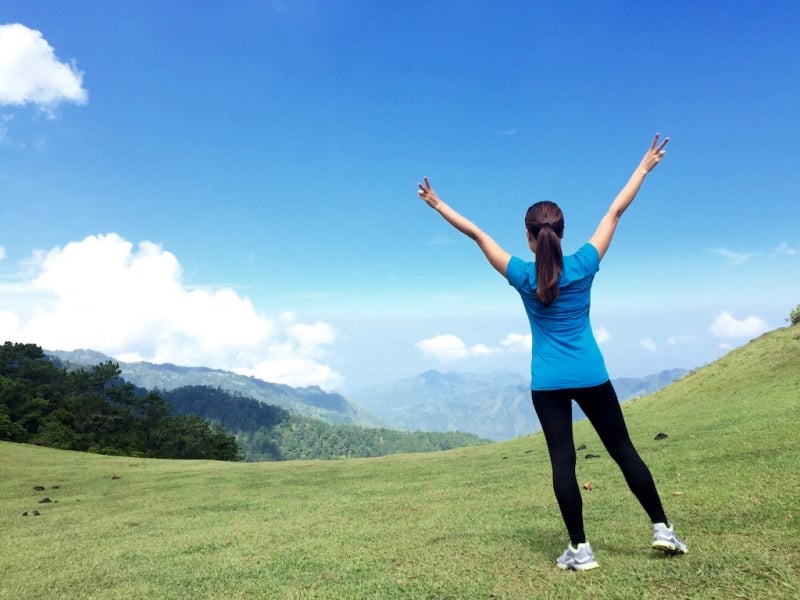 Or so we’ve been told. We bumped into a fellow climber/guide as we were already going down and he asked us if we took the reverse route. When we confirmed this, he said “hardcore!” It was amusing, but I wanted to tell him, “Halos bumigay na paa at likod ko, bes!”

My friend who had also climbed Mt Ulap before and organised the trip decided we should go on the reverse route so that we’d get the steep steps over with, and go down with less trouble. The way down was still long and tiring, but at least the hardest parts were over.

8. The mountain range silhouettes are breathtaking Yet more overwhelming sceneries! I really couldn’t stop looking out in the distance whenever we’d reach an open space where we could see the mountain ranges under the clear blue sky, hear the birds chirp, and the wind brush against the leaves. 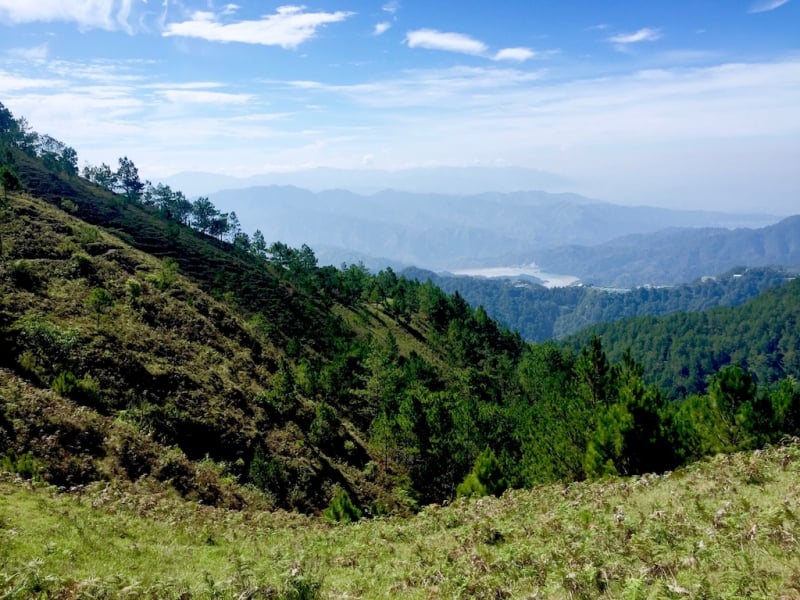 The deep green of the trees against the majestic backdrop of the mountains was a sweet escape to the technologically driven city we were so used to. It was a peaceful and therapeutic experience indeed. 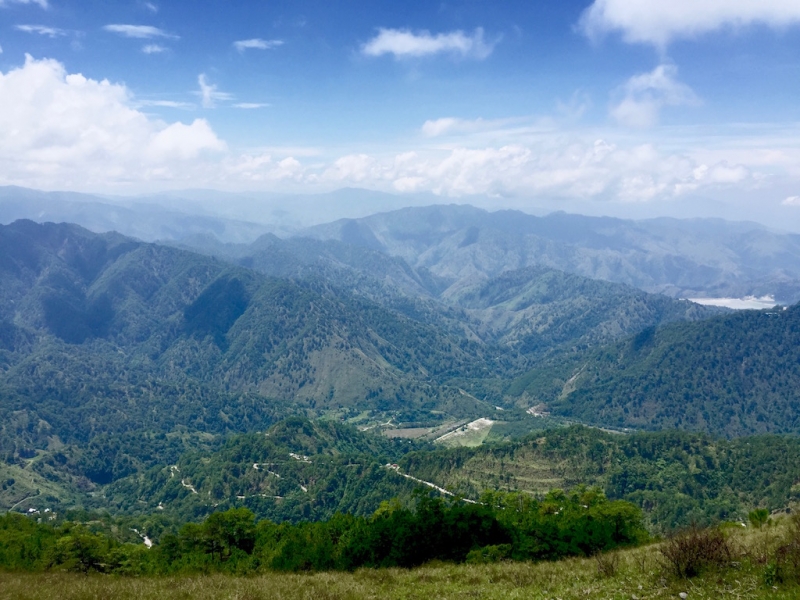 9. There will be signs of how many kilometres more you need to go 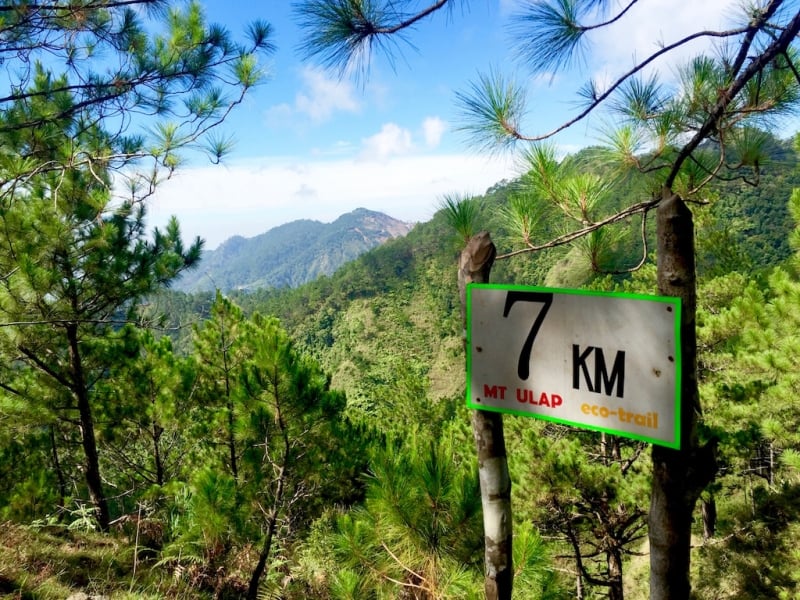 Even though you’re given a guide for hiking Mt Ulap, it’s easy to just lose track of the distance you’ve covered. But don’t fret because you’ll know how much you’ve hiked when you see the sign posts as you cover another kilometre.

10. Overall, the ascent and descent are steep 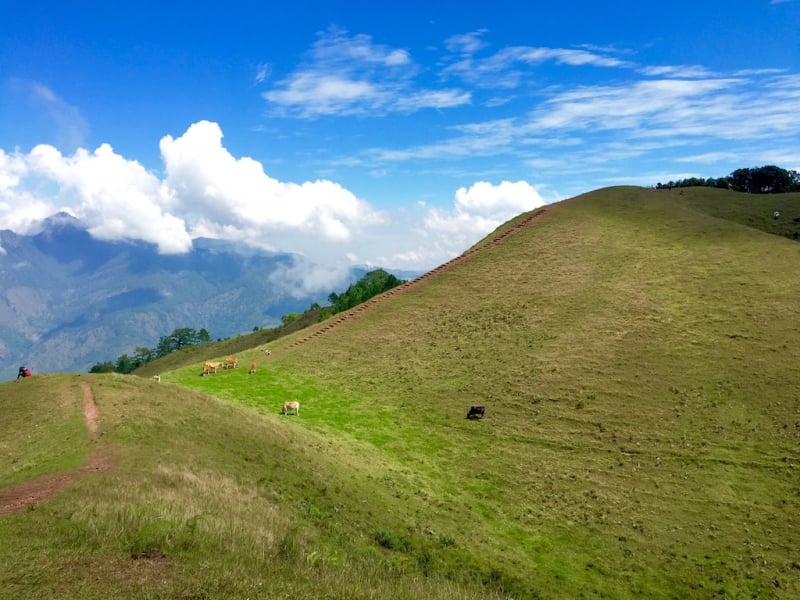 We may have taken the reverse route, but overall, we always encountered some steep areas that were challenging to hike, whether going up or down. 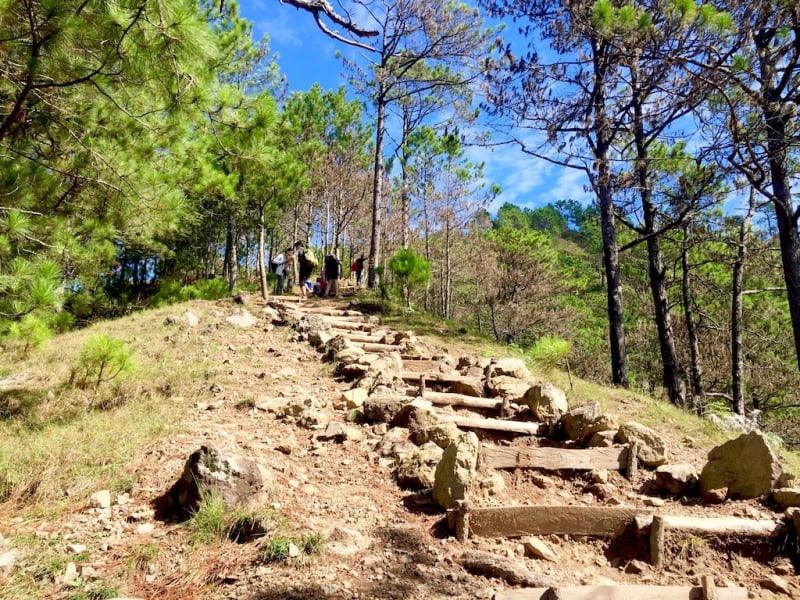 Take everything in stride, and just relish the experience of Mt Ulap. It’s not every day you have to hike a huge mountain. And before you know it, you’ll officially have bragging rights to say that you’ve conquered Mt Ulap!

11. There are camping grounds for overnight hikers 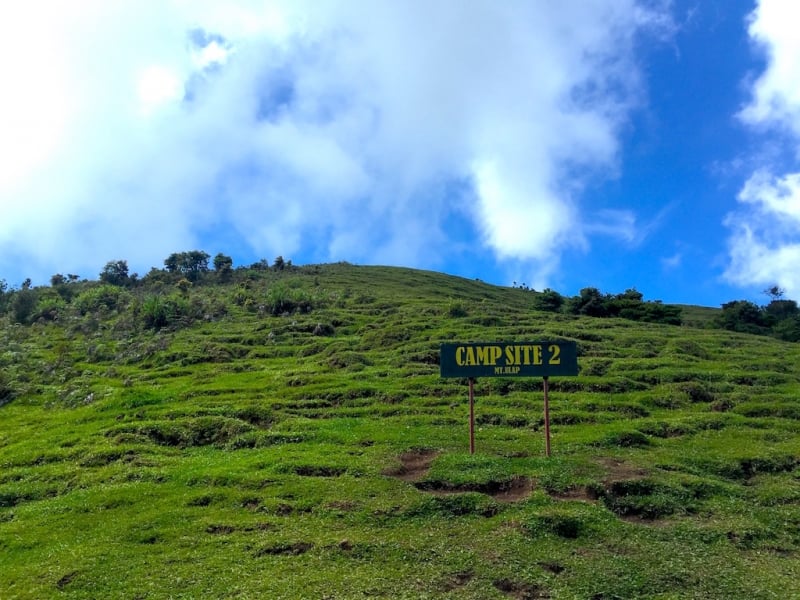 If you really want to savour the whole experience, or if you don’t want to stress yourself in finishing the mountain trail in one day, you could camp. There are camping grounds on Mt Ulap that are perfect for adventure-seekers who prefer to take their time and just chill if they’ve got the resources to spare. Kung pwede mo tulugan, why not diba?

Are you a hiking beginner like me? If you are, then Mt Ulap will already set the bar for you. It’s a good warm-up, if you know what I mean!