In 2013, Garry Merza started rescuing and bringing home stray cats to his home in Antipolo, Rizal. He did this upon realising that many of them remain neglected in the local streets, often more than dogs. Now, he has over 100 cats living with him under one roof; and Merza makes sure that they only get the best care that they deserve.

Merza is a Filipino YouTuber who vlogs about Philippine entertainment and current affairs. But one thing you’ll find extra special about his content is that every now and then, he also talks about living with stray animals, particularly feline creatures. Some of them include his pet care tips, which he also shared in an interview with GMA News.

Also read: Would You Buy a Shirt to Help Feed and Vaccinate a Stray Animal?

How to take care of stray cats 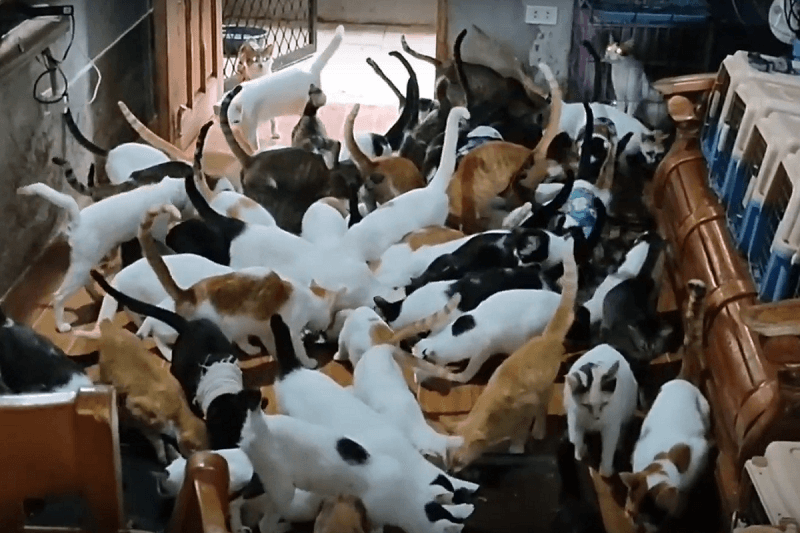 Having an unusually large number of rescued cats might seem like a daunting task. If you want to take care of one like how Merza does it, the first thing you’ll want to do is to regularly wash and feed them. For him, organic cat food is a must and he usually gives up to eight sacks worth of them to his cats.

When they’d rather eat chicken, he also doesn’t forget to stock up on this.

Among the most important tips for any stray cat owner is making sure that the animal has been spayed or neutered. It’s how you can help prevent having more unwanted and neglected cats in the streets, while also saving them from viruses and diseases. Spaying and neutering don’t normally come cheap, so watch out for organisations offering them for free!

Despite the number of rescued animals in his house, Merza also makes it a point to properly name them. Via GMA News, he said he even calls a couple of the cats he took in since 2020 “nCoV” and “Corona.” He also accepts adoption requests, but discourages those who just want cats for their breed or physical appearance, to name a few common reasons.

Helping cats aside from his own 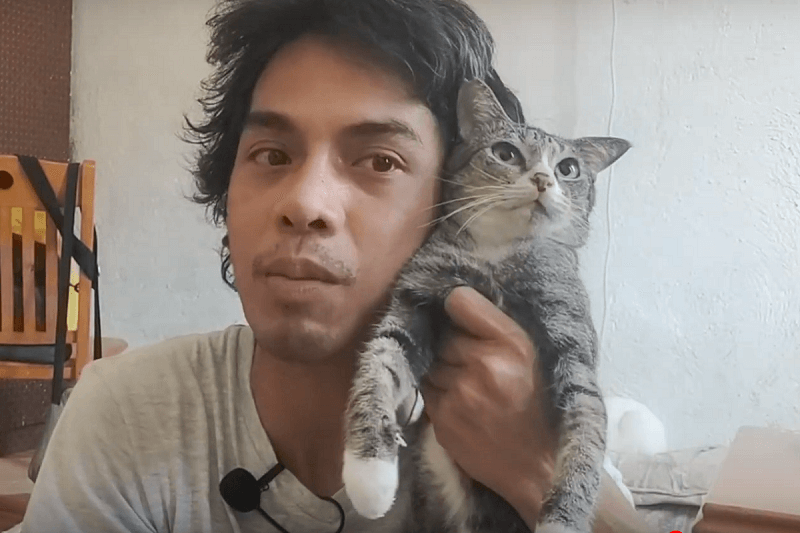 To further encourage taking care of stray cats, Merza has a Shopee store where he sells affordable cat necessities. To buy, simply search “Cats of Antipolo.” According to the store’s description, the proceeds from each product you buy from them are used for the general care of Merza’s rescued creatures, which also include dogs.

On top of his cats at home, Merza also takes the time to feed other stray cats in his neighbourhood, as seen in some of his videos. His other content shows how he finds the balance between taking care of the cats and his other priorities, how to treat sickness in cats, and which cat food he personally recommends.

To know more about pet care tips and Merza’s updates on how he manages his more than stray cats at home, you can visit him his personal YouTube channel here.