Just as we thought 2020 couldn’t get any worse, Typhoon Ulysses struck the nation leaving thousands of Filipinos homeless, grieving for lost loved ones, and neighbourhoods flooded with water as high as 15 feet. Among these aftermaths, one of the things that stuck out to me (and many animal lovers) is the number of animal casualties that resulted from the calamity, raising questions about how to truly take care of pets in times like this.

In the thick of last week’s events and until today, animal organisations and social media users called on Filipino pet owners to treat animals better, especially after heartbreaking images of stranded and lifeless cats and dogs in affected areas circulated online. We hope that these posts serve as a reminder to everyone, whether a pet owner or not, to always think of animals no matter how bad situations get.

Also read: Adopt, Don’t Shop: Over 100 Rescued Dogs and Cats in Bulacan Up for Adoption

Animal-related posts during and after Typhoon Ulysses 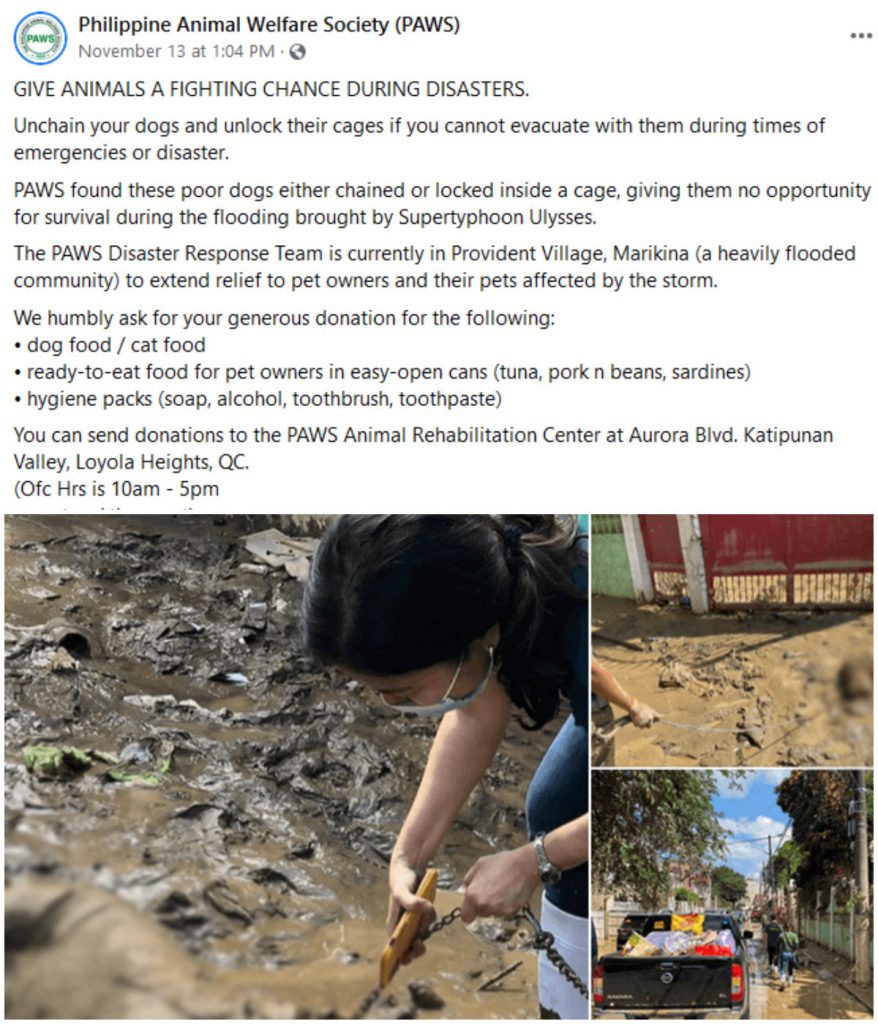 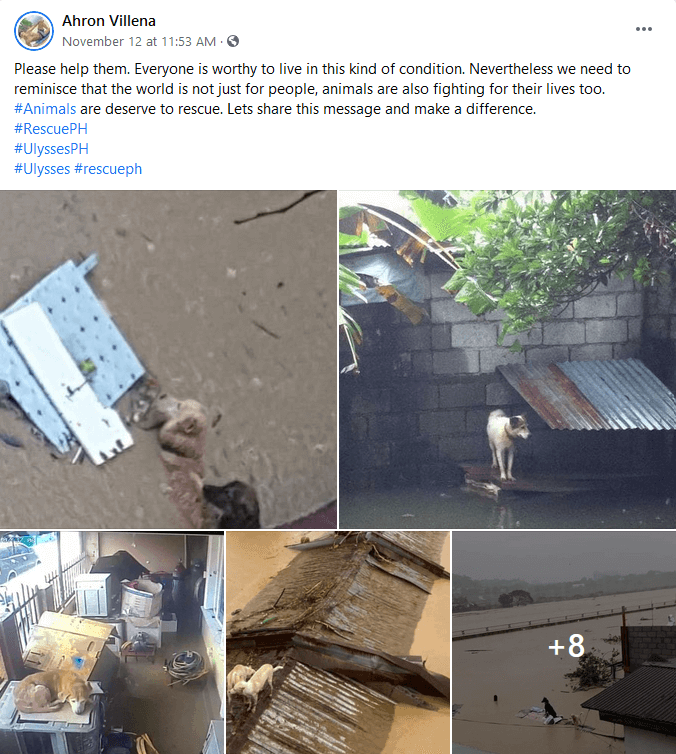 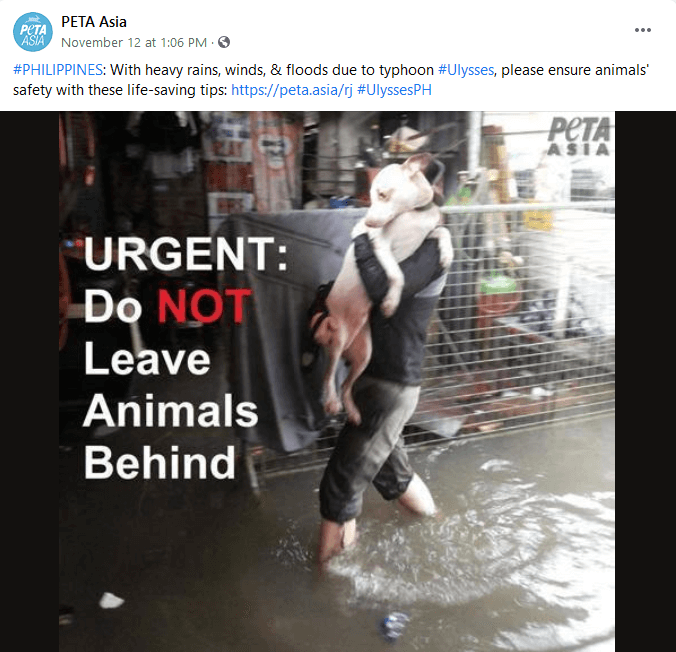 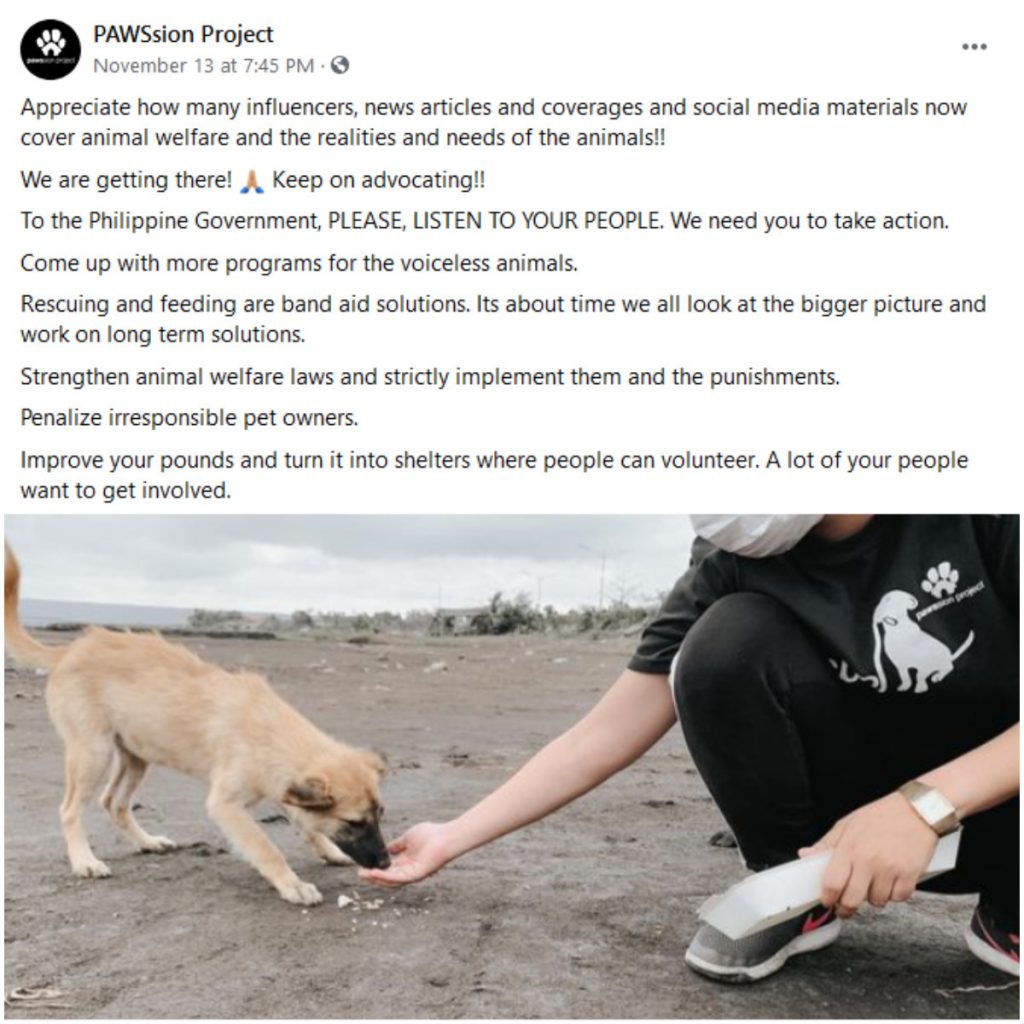 This post by Furr Station saying no should be left behind 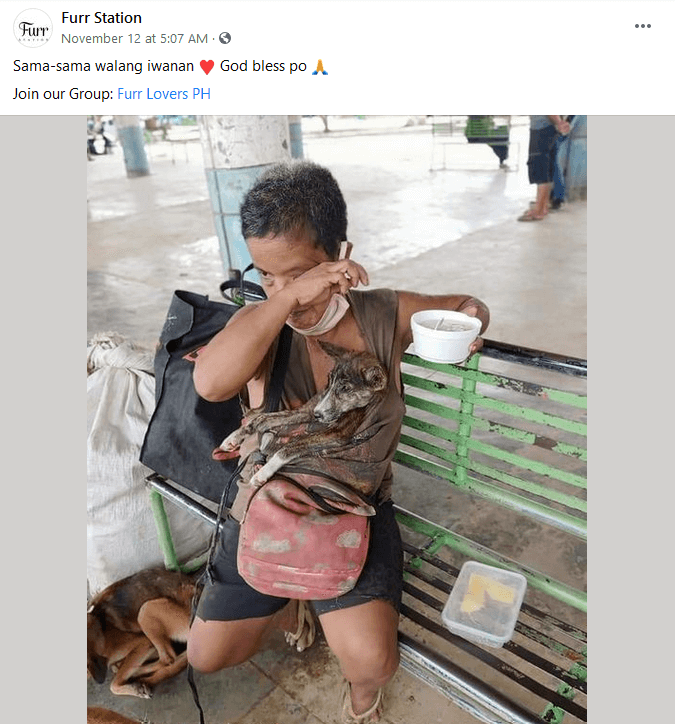 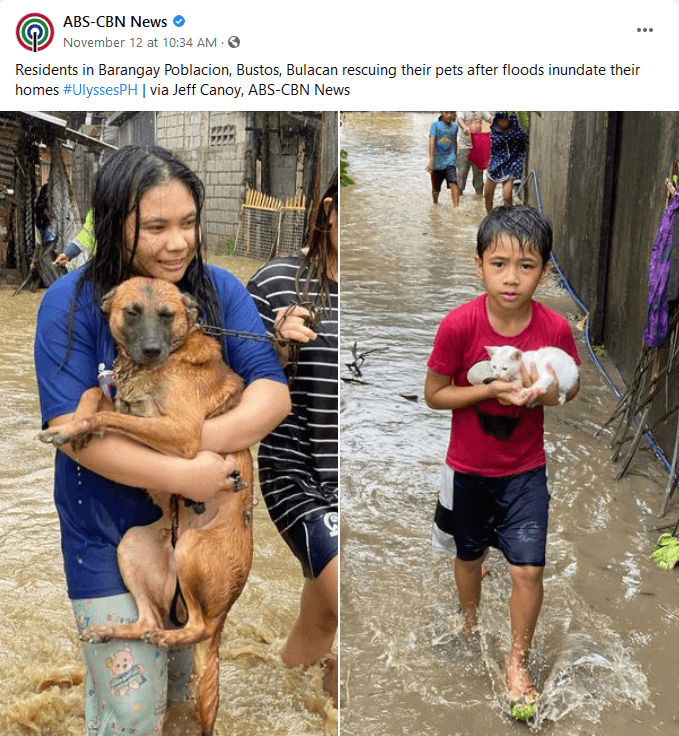 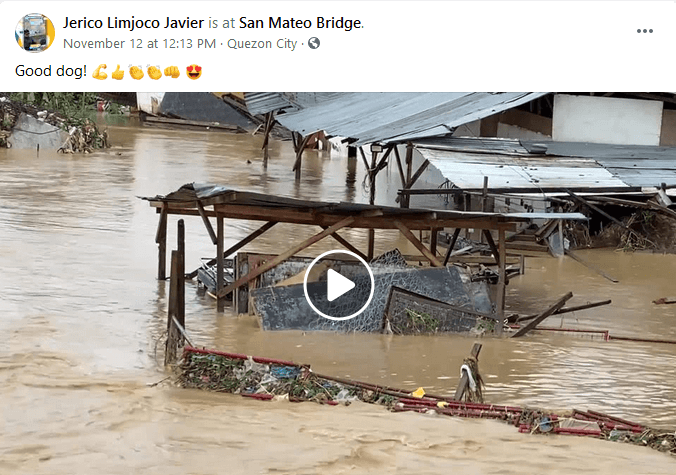 How to take care of pets during calamities and disasters

If there’s one thing these posts remind us of, it’s that animals deserve just as much chance of survival as humans do during typhoons and other similar events. By now, we know that there’s quite a number of disaster-prone areas in the Philippines. Take this as a cue to take care of pets better should emergencies happen again. As a pet owner, you can start by doing these basic measures:

Most importantly, don’t forget to keep advocating for animals and calling on authorities to improve or create stronger animal welfare laws and emergency animal management programmes. You can also donate to groups that help rescued animals and pet owners recover from the effects of recent calamities. These include PAWS and Animal Kingdom Foundation.

“The lives of these animals matter too,” as one organisation put it.

Previous ArticleCruising Along the Sea of Japan With the KAIRI
Next ArticleTracing Our Spanish Roots: Top Places And Things in Spain That Filipinos Can Relate to