In less than two weeks, I will be celebrating the first anniversary of my first long-term travel abroad wherein I visited three countries on my own for six months. I’ve always been inspired by the stories of travellers who have done it before me and I was in the perfect position as a part-time online writer at the time to just leave without the need to go jobless.

With only enough money to cover my first two weeks and very little preparation (except reading blogs), I was slightly convinced I wouldn’t survive at all, but I did. And from what I’ve experienced pre-departure up to the time I returned just a few months ago, here are some of the questions I had to consider, which you might want to think about as well when the thought of doing long-term travel comes to you. 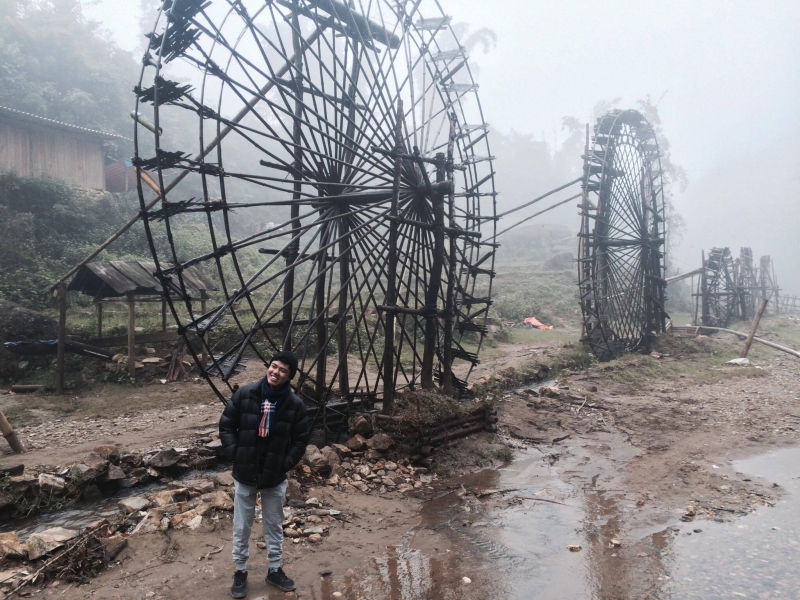 I thought it was easy answering a simple Yes or No question like this, but it’s not. First things first, do ask yourself if this is what your heart truly calls for. I know it sounds a bit complicated at first, but it’s one of those things where you need to forget about the rest of the world for a minute and think based on your own evaluation of the situation, and not what others say.

More than the financial, I learned that it’s quite a lot of the emotional aspect in being prepared that makes or breaks a decision to travel indefinitely. Just as I thought I was ready to conquer countries with my go-getter self, the emotional pressure of it started to hit me. It was my first time to travel that long and I didn’t know what I was in for until I was in the situation. It’s also best to decide whether you’re really comfortable being on your own or arrange to have some company to go with you. As they say, you can never be too ready for anything.

The beauty about reading others’ stories, at least from my end, is that it immediately helps me compare my circumstances to those of the writer. They help me fuel my passion for travel but at the same time, I try to find details in those stories that I can or cannot identify with. Is this writer from a well-off family with zero number of siblings? Has he or she been employed for at least 15 years now? Does he or she have sufficient resources to back up the expenses and intent to return to the Philippines?

4. What exactly will I get from doing this? 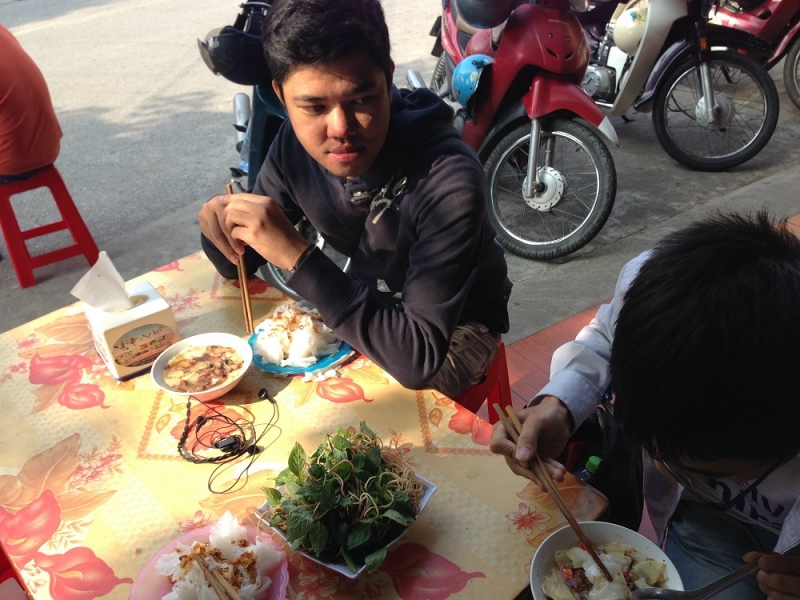 A few weeks after I came back from the trip, I had a one-on-one meeting with my boss about my career path wherein the subject on how things always happen for a reason came up. Before I left, all I wanted was a sense of fulfilment or to follow the footsteps of these other travel bloggers who thrived from doing long-term trips. I wanted to experience something as big as being able to live off on my own, but I realised it wasn’t all about that, especially not for people who are still not as stable in their life back in the Philippines like I am. It was also about discovering things that will help me in the long run, such as in my career or profession.

5. How will I sustain my journey?

This is where shifting to part-time work became an advantage to me. I’ve read about people quitting their jobs to travel full-time. Although usually, they were already fortunate to have saved some money to prepare for it. Since I didn’t have that, my only other option was to talk to my boss about possibly keeping my job despite being physically on leave for six months, which he eventually (and thankfully) agreed to. We decided on how I could still do my work online and get paid monthly through an international card. What I’m basically trying to say here is you have to work around your situation and plan your own strategy where you don’t need to go TNT (Tago Nang Tago).

Thanks to the boom of the travel industry these past years, we now have more choices when it comes to accommodations abroad. High-end hotels are generally out of the picture as one night in them would already equal spending a week in other more affordable options such as hostels. Since my part-time monthly salary could not cover my expenses for the entire trip, I signed up on networking sites such as Couchsurfing and HelpX.net wherein aside from letting me find places I can stay in for free, they’re also the best way for me to meet new people and learn about the country’s culture in the most authentic and natural way.

7. What happens when I get into emergency situations?

Now, one of my mistakes in doing this trip is not getting a travel insurance to cover for me in case of emergencies. I was too confident to conclude that nothing bad will happen to me during my trip or if something did, I would be able to handle it on my own. I was wrong. Four months into my travel in Hanoi, Vietnam, I had an accident at a local’s apartment where I was electrocuted by a malfunctioning shower while inside the bathroom, which left me unconscious for a few minutes. I was lucky to have been rescued by my friend’s family and they were kind enough to talk to the hospital staff to take me in and treat me without costing almost anything. Situations like this are hard to predict so the safest way around it is to get your own travel insurance to make sure you’re well taken care of while away from your loved ones.

8. Am I okay with leaving my family and friends behind? 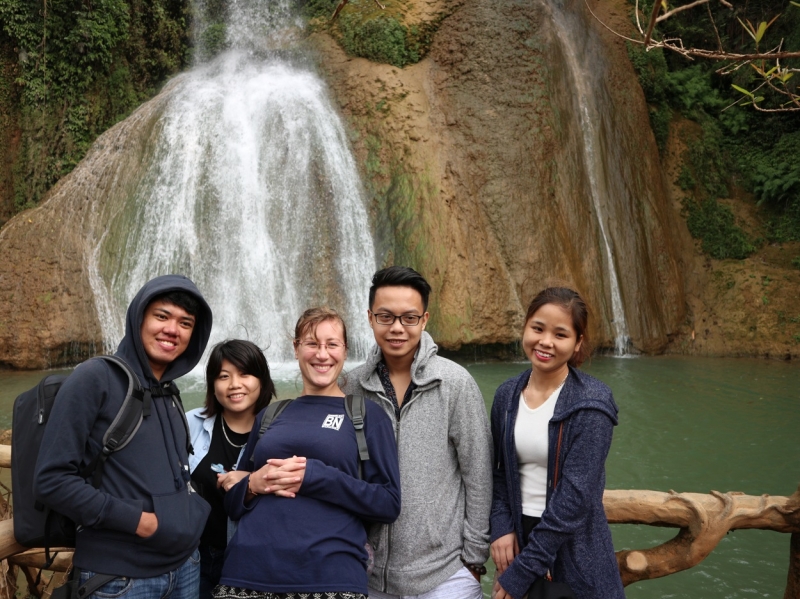 One purpose I had when I decided to do a long-term travel was to be around different people for a change. The stress from work, home and everywhere else piled up and I needed a kind of release that I knew I would get from travelling. When I reached my fifth month, the thought of missing rare special moments with my family and friends had struck me and I couldn’t handle it. In fact, the moment I found out about an upcoming school event of my little sister, I finally immediately booked my flight back home. It was a moment of weighing down which was more important to me at the time and it turned out, it wasn’t travelling. I guess my main point here is just be aware that there will be some forms of sacrifice you’ll need to take once you choose to travel that long in a foreign country.

There’s really no rule about this more specific detail of the trip. I’ve read and heard others say that you’ll just “feel” when that right moment will be. This is probably one of the hardest questions I’ve had to answer personally because preparation-wise, I still had a lot to work on back then, but I still went for it. I didn’t go around telling too many people about my plan because I didn’t want to jinx it. Plus, I knew that no one else could better answer this except myself. Again, this is totally up to you. Some people have been able to do it for at least four years straight and have really made a new life from travelling. For others, a long-term travel is merely an extended vacation that would last for a few months just like in my case. It’s a question that you’ll only be able to answer, for real, when you’re finally on that road and have experienced it first hand. At first, I even planned on doing it for a minimum of one year and until my passport nearly needs renewal. But the way I saw it, those six months were all I needed back then, but I’m leaving the door open to do it again in the future.

Previous ArticleOur Barkada Travelled 3 Days in Taiwan & Spent Only ₱10,800 Each
Next Article7 Filipino Traits That Will Help You While Travelling The World