Pride March 2017: Event Highlights & Why It is Anticipated by Filipinos Every Year

It’s that day of the year again when dancing on the streets to the tune of Lady Gaga, Britney Spears or Beyonce is not a crime, but a norm, that time of the year when our brothers and sisters in the Filipino LGBTQ community think that it’s getting dark and chilly inside the closet, and that time of the year when caterpillars spread their wings like the beautiful, colourful butterflies that they really are! It’s the Metro Manila Pride March 2017!

What is Pride March? 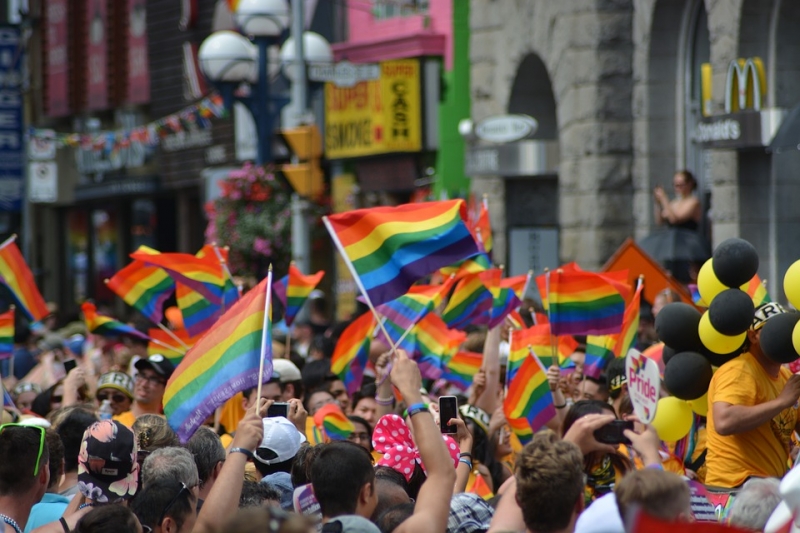 Pride March is an annual event for the gay community, regardless of gender identity or sexual orientation – lesbian, gay, bisexual, transsexual, or queer – come together and fight for the rights of the homosexuals, celebrate diversity, and ultimately, spread love. It usually happens during the Pride Month, which is June. The Philippines, despite being a Christian-dominated country, holds one of the biggest Pride March events every year. 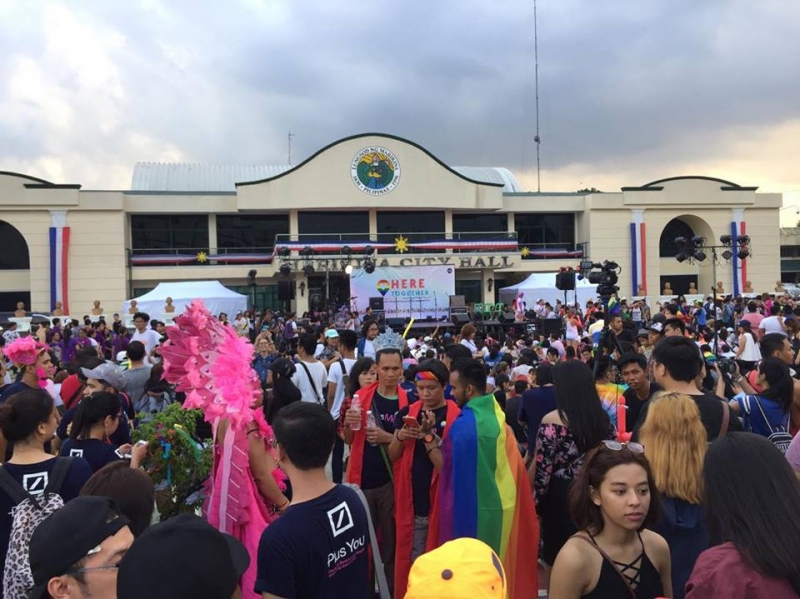 Known as the longest running Pride March in Southeast Asia, on its 23rd year, the Metro Manila Pride March gathered an estimated 7,500 LGBTQs, allies, friends, families, strangers, and even anti-gay activists last June 24, 2017. With the theme “Here Together”, the entire Marikina City was painted with rainbow colours signifying that the LGBTQ community should be taken seriously. This year’s campaign included the passing of the Anti-Discrimination Bill. 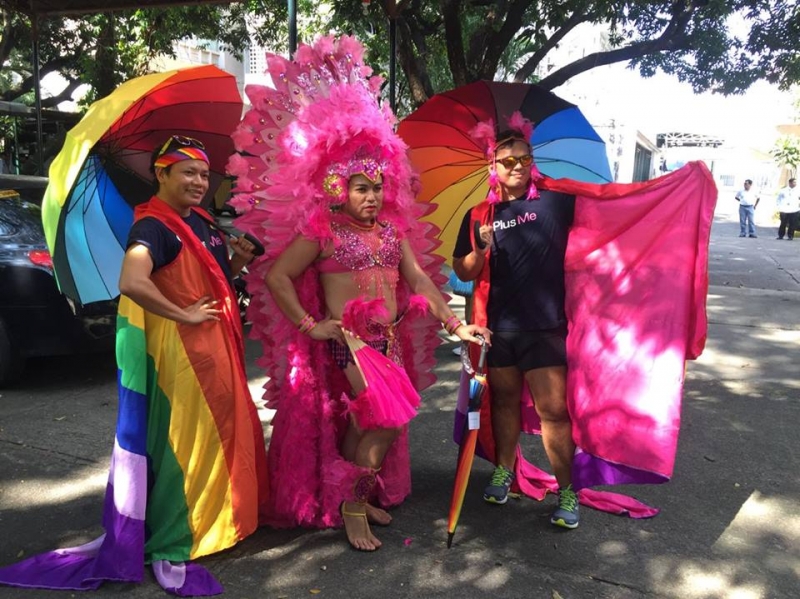 Marikina City has been hosting its own annual Pride March but this was the first time that a metro-wide march was held in the city. Unlike the previous hosts, Marikina City waived all the fees and sponsored the event to show their support for the Filipino gay community. The organisers thanked the LGU of Marikina for providing an LGBTQ-friendly community and a safe haven for the gays.

Also read: Is It Still Safe to Travel to Mindanao — from a Local’s Perspective 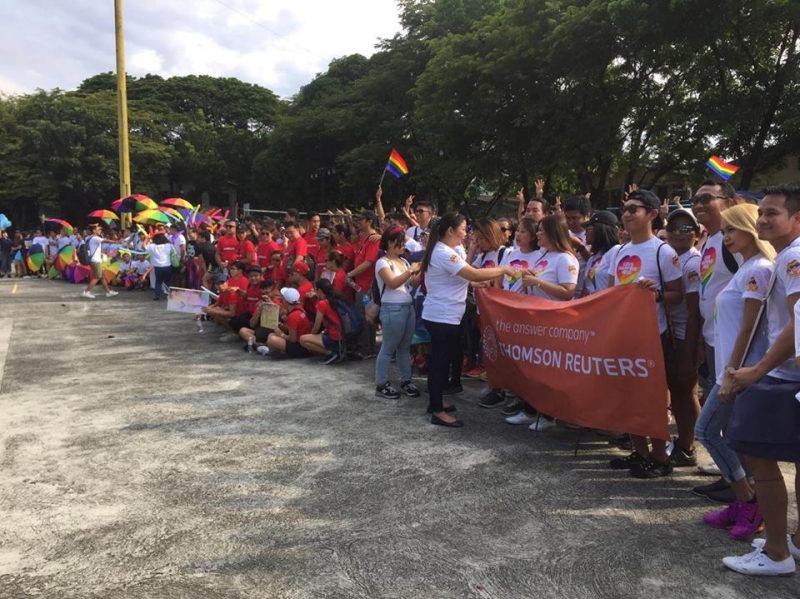 Various groups have joined this year’s Pride March to show their support for the LGBTQ community. Companies ranging from financial institutions, private companies, media, up until school organisations gave their all-out support for the advocacy. One of the biggest delegations was the Philippine Financial Institute Pride, an interbank organisation that promotes diversity and inclusion in the workplace. Some members include the Deutsche Bank, JP Morgan Chase, American Express, among others. 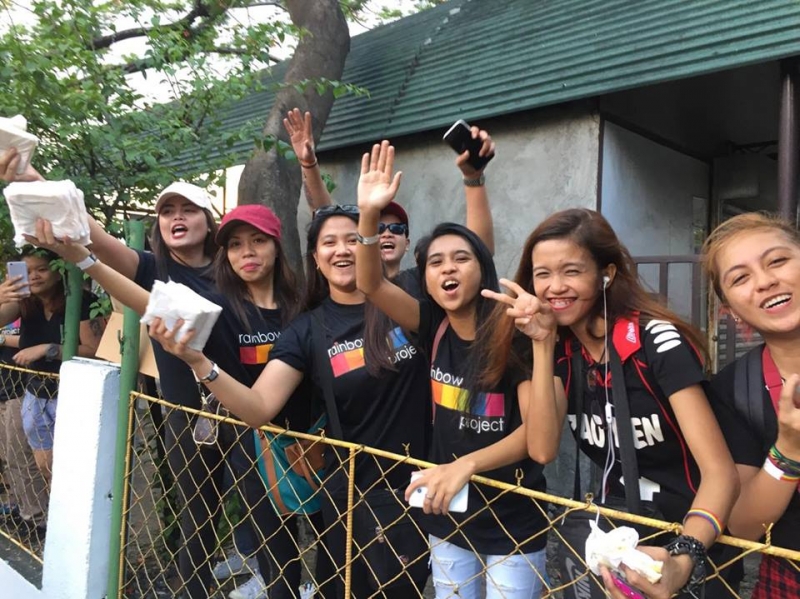 And of course, there were several individuals and groups who were on the sidewalk waving their placards of support. These include The Rainbow Project, a group of women who gave out free sandwiches and bottled water for the attendees and Pastor Val Pamiñano of the Freedom in Christ Ministry who apologised to the LGBTQ community for being a “bible-banging homophobe”.

While there is an overwhelming push, there were also several groups who were vocal regarding their anti-LGBTQ sentiments. With placards saying phrases like “Bawal: Tomboy at Bakla (Prohibited: Lesbians and Gays)”, “Trust Jesus”, “Repent”, and “Handa ka na ba? (Are you ready?)”. Despite the opposition, the 2017 Metro Manila Pride March has been peaceful. People from all walks of life, regardless of sexuality, have come together to advocate for the LGBTQ rights. To the gay community, thank you for showing the world, the universe rather, that being gay is okay and that love sees no gender. Happy Pride!