All the Asian Shows & Movies Coming to Netflix in June 2021

We’re always on the lookout for what’s new on Netflix. And hey, why shouldn’t we? The streaming giant is constantly churning out exciting new TV series and films every month, after all. And this June is no exception, with lots of kilig K-dramas, action-packed anime, and even proudly Pinoy works coming your way!

So without further ado, here’s a rundown of all the new shows and movies premiering on Netflix Philippines soon. Let the binge-watching begin! 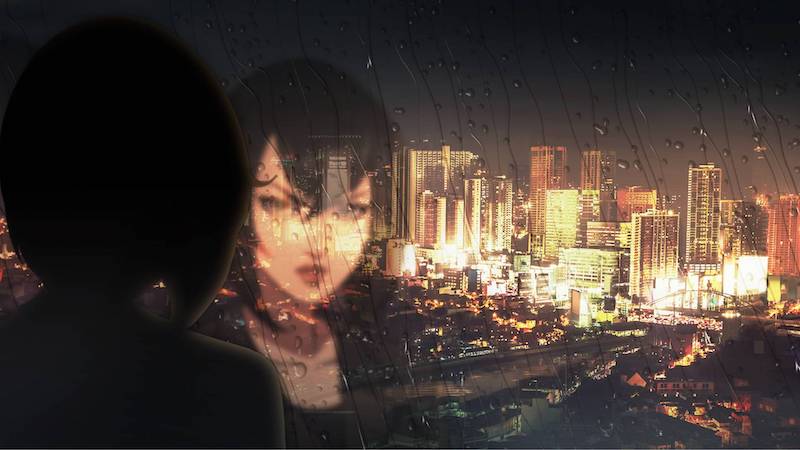 What better way to start this New on Netflix list than with the most highly anticipated Filipino animated series to date? Based on the hit supernatural-horror comics, it centres on Alexandra Trese, an occult detective who also happens to be a warrior-shaman. The story takes place in an alternate Manila, where mythical creatures of Philippine folklore hide amongst humans.

Think of Trese as our own version of Neil Gaiman’s American Gods! Adding further to the hype are the voice actresses for the titular heroine: Liza Soberano for the Tagalog version; and Shay Mitchell for the English dub. 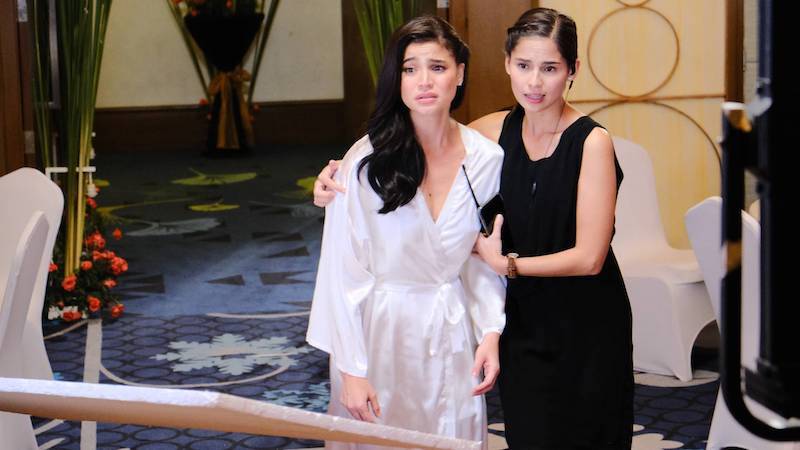 Cara (played by Jasmine Curtis-Smith) has a rare condition that gives her total recall of previous events. She gets hired to take care of her ex-boyfriend (Ruru Madrid) and help him remember the past. So, what happens when they’re forced to relive their bittersweet love story? Guess we’re about to find out! 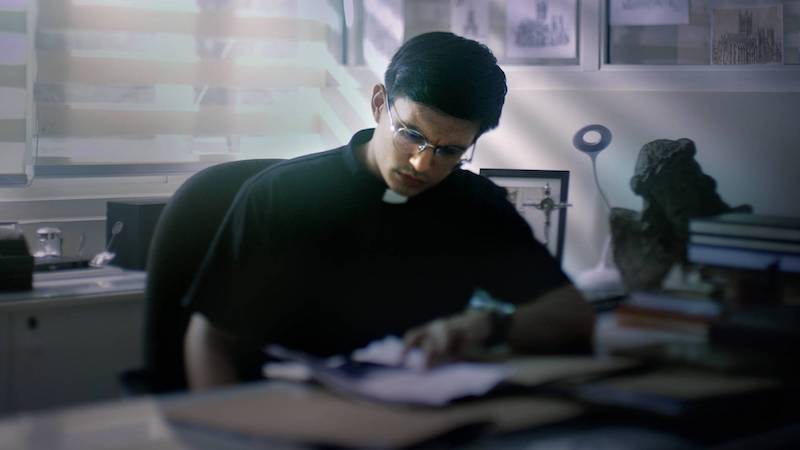 After a tragic event, a brilliant psychiatrist (played by Tom Rodriguez) becomes an exorcist and teams up with a nun who has the special gift of charism. Together, they try to save a teenager who’s showing symptoms of possession. 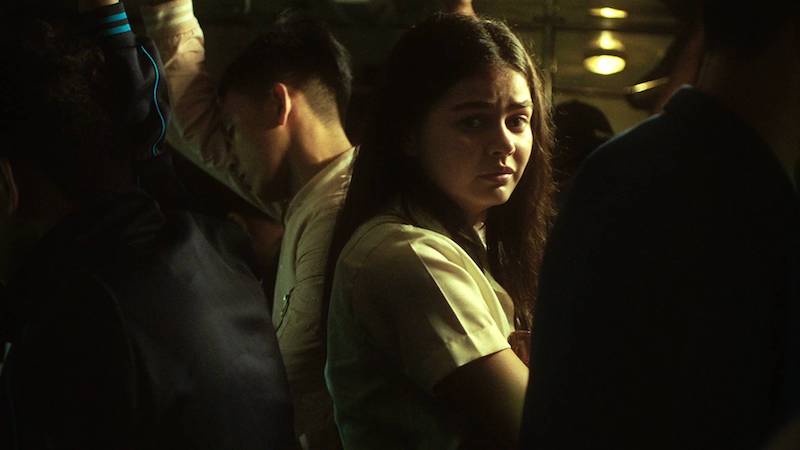 Janine Gutierrez stars in this crime-thriller that first premiered in the 2019 QCinema International Film Festival. Fed up with abuse by those around her, a department store saleswoman finds a weapon in an alleyway and decides to settle scores. 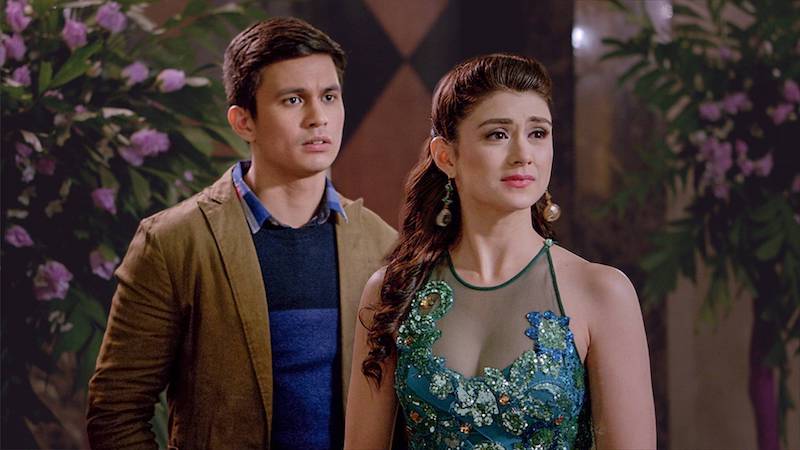 Here’s something light-hearted and adorable among the Netflix new releases coming soon. It tells the story of a woman left by her fiancé and a man with extreme baggage. Together, they bond over heartbreak and past pains. But as they enter a fake relationship, real feelings begin to emerge. 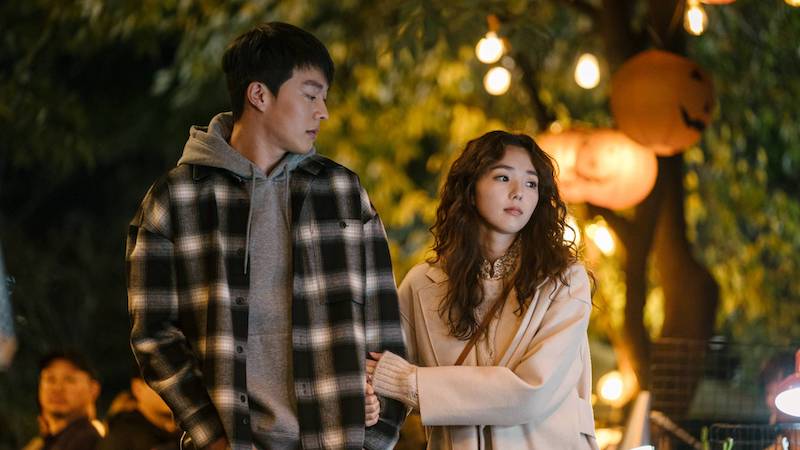 Among the most awaited Netflix new releases is this refreshingly realistic romcom. It’s about Jang Hyeok (played by Jang Ki-yong) and Jung Da-eun (Chae Soo-bin), a couple enduring the highs and lows of trying to make a long-distance relationship survive. Faced with real-world opportunities and challenges, their once-sweet relationship changes as the distance impacts them in more ways than one. 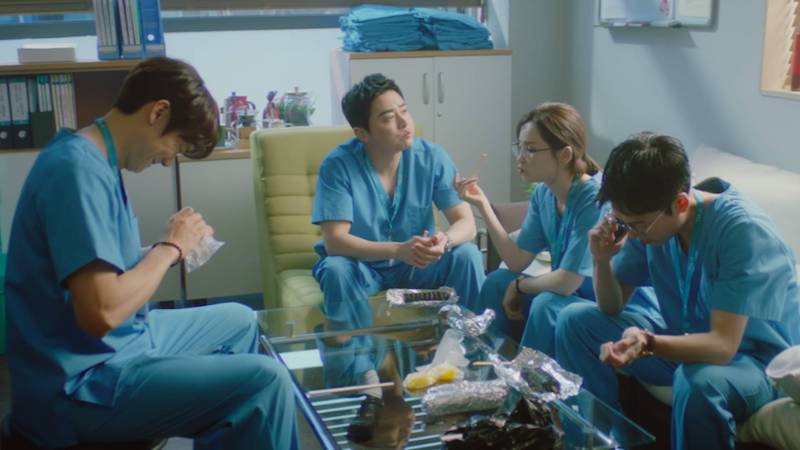 Hey, it’s not everyday (or every year even) that we get a second season of our fave Netflix K-dramas. But what do you know, our prayers have been answered this time! Get ready for another season of extraordinary days for the doctors and patients inside a hospital, where birth, death and everything in between coexist. 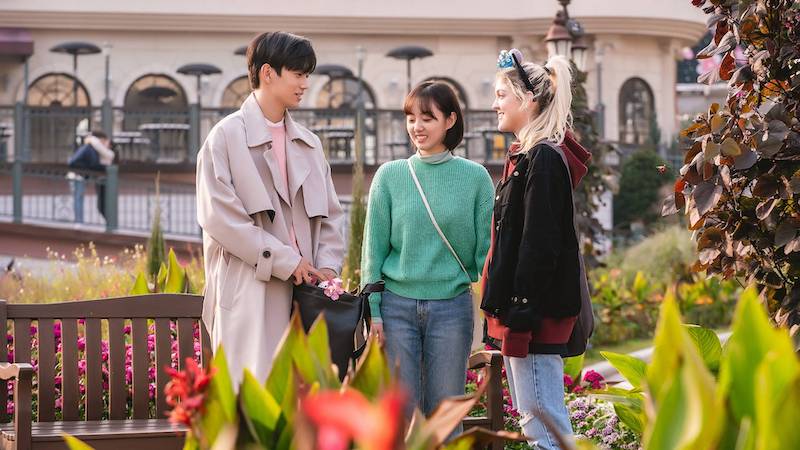 After coming to South Korea for different purposes, students from all over the world live and learn together as residents of an international dormitory. Despite their different nationalities, native languages, and background, the eight students mesh well as roommates and adapt to life in a foreign land.

The students include the ever-resourceful resident advisor Se-wan; innocuous handsome guy Jamie; Sam who is always boasting and bluffing; K-drama fan and fashionista Minnie; Hyun-min, who is secretly living at the dormitory; Hans, who is a stickler for rules;  hot-tempered Carson; and Casanova-esque Terris. 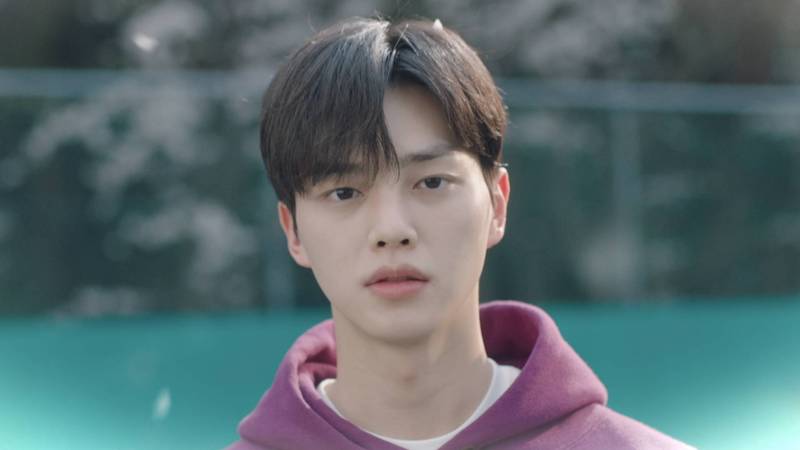 Song Kang and Han So Hee star in this upcoming Netflix Original. It centres on Park Jae Uhn, a happy-go-lucky guy who thinks relationships are a waste of time, but wants to flirt; and Yoo Na Bi, who has long stopped believing in love and destiny, but still wants a relationship. Will these two eventually get what they want? 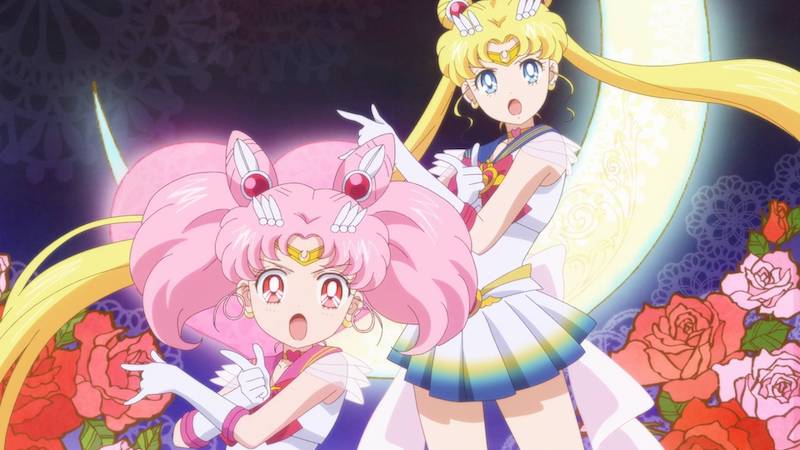 This right here is an absolute treat for many ’90s kids out there! It’s based on the Dream arc of the Sailor Moon manga by Naoko Takeuchi, and serves as a direct continuation of the Sailor Moon Crystal anime series. It follows the scattered Sailor Guardians who reunite to bring light back into the world, after a dark power enshrouds the Earth during a total solar eclipse. 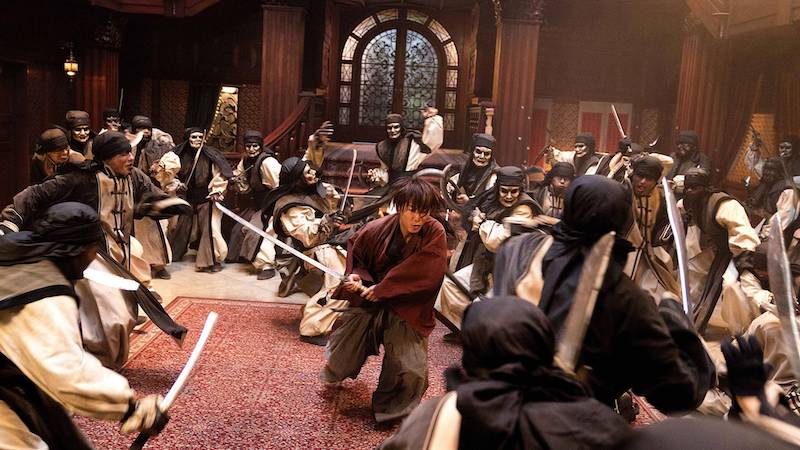 Once again, we meet Kenshin Himura (played by Takeru Satoh) — this time in 1879. When a terrifying enemy attacks Tokyo, the stage is set for a high-stakes battle that may expose some of his biggest secrets. The enemy? His former brother-in-law Enishi Yukishiro, who is clearly out for revenge. 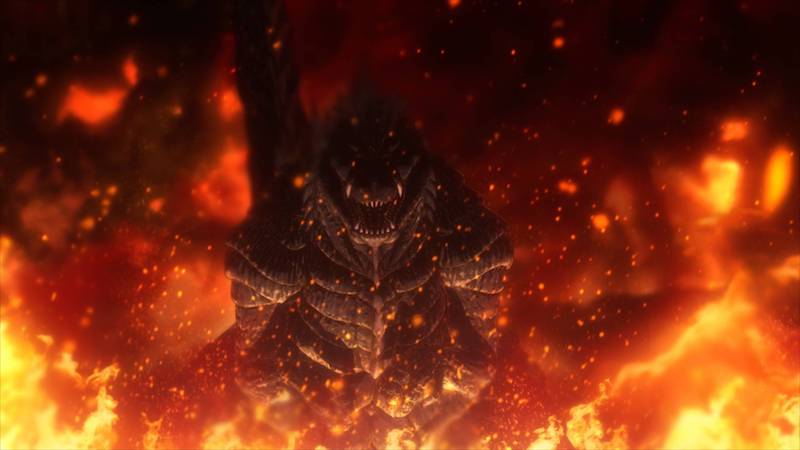 This new Netflix series is an original story revolving around two young geniuses: graduate student Mei Kamino and engineer Yun Arikawa. Brought together by a mysterious song, they lead the fight against an unimaginable force that may spell doom for the world. 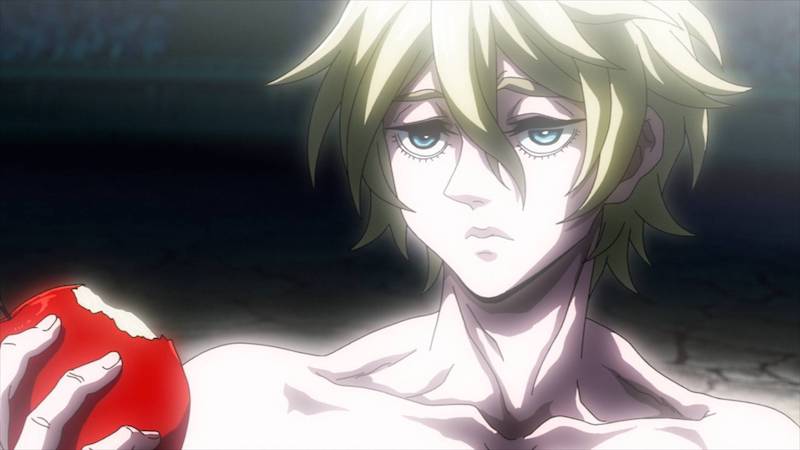 Every 1,000 years, a council of gods vote on the fate of humanity. But after millions of years, they’ve decided that humanity is irredeemable and must be exterminated. A lone valkyrie then proposes a final battle pitting 13 gods against 13 mortal champions. This upcoming Netflix anime is based on the manga series.

Release date: To be announced 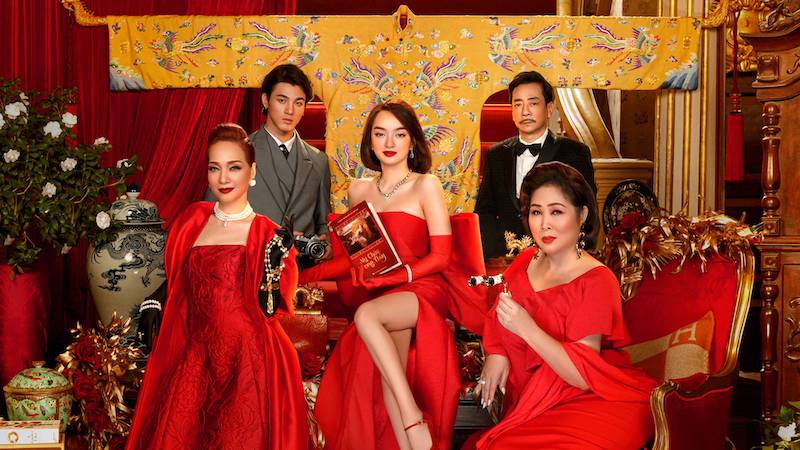 Set in the city of Huế, this Vietnamese film follows the Ly sisters, all famous in the antique and auctioning circles. They reunite in the lavish palace that they grew up in, as untold family secrets begin to unfold when a family treasure is stolen! Further adding to the tension is the fact that this had to happen on the night before a big auction. 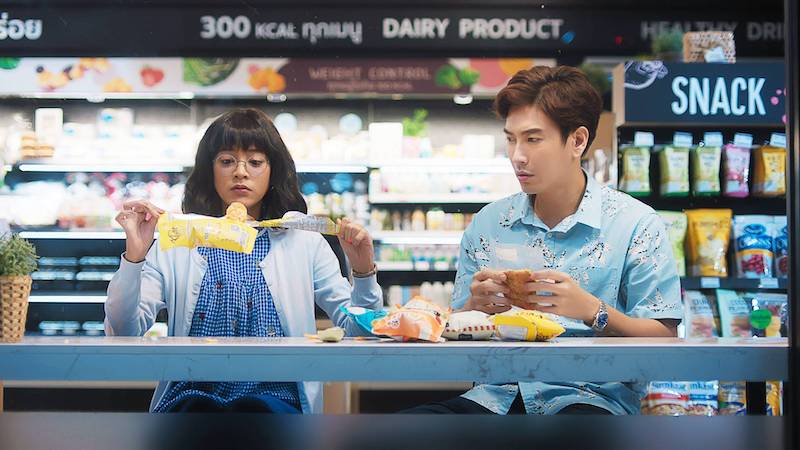 A Thai drama featuring lots of delish food? Aight, count us in! This new Netflix series is about a food-blogging insurance agent, who encounters a friend from elementary school. She initially has a vendetta against him; but after an odd series of events, he soon becomes her sidekick. 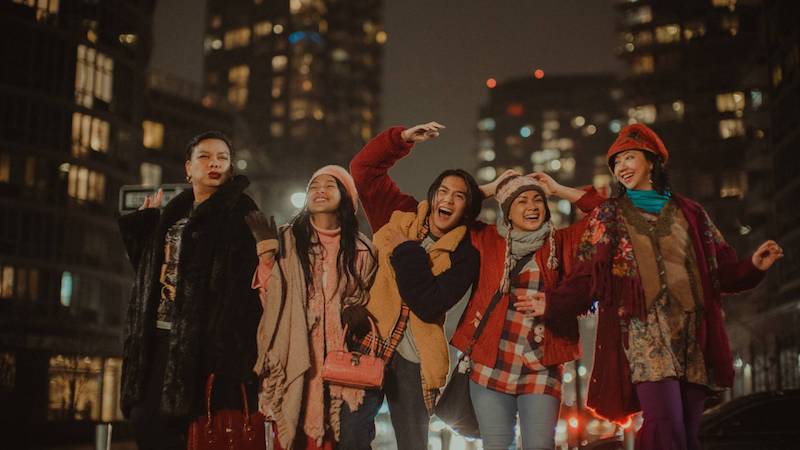 This Indonesian comedy-drama film depicts the emotional journey of 19-year-old Ali, who travels from Jakarta to New York City after his father’s passing. The reason? To find his estranged mother, who left when he was a toddler to pursue her dreams in the Big Apple. Eventually, Ali finds love and connection in unexpected places.

Release date:  To be announced

Also read: Your Guide to All 23 Netflix Movies Coming in Summer 2021

Alright, that’s a wrap on our New on Netflix list for June 2021! So tell us, which of these are you most excited to watch?

All images are credited to Netflix Philippines.

Previous ArticleMental Health Resources in the Philippines — Online and Free!
Next ArticleGrab Driver or Rider? Upgrade Your Skills With Free Grab Online Classes