If there were any kind of external force that compelled me into travelling needlessly in this pandemic, it would not have been successful. At the very least, it would require substantial convincing. With the eventual easing down of travel restrictions, however — coupled with calls to help revive livelihoods and practise responsible self-care — I would wholeheartedly reconsider.

Palawan was one of several provinces in the Philippines that took a hit during the nationwide shutdown of the travel industry. It happens to be my favourite place in the country after two visits in 2015 and 2020 (pre-lockdown). Also one of the more popular Philippine destinations for Filipinos and foreigners alike, the province inevitably saw thousands of its travel workers, from Coron to Puerto Princesa, lose their livelihood.

In time, and with a whole lot of patience, Palawan rose from the ashes — this began with a private El Nido resort opening. Then, in December 2020, parts of the Calamian Islands followed suit. It was in the pristine municipality of Culion that I found myself spending a much-needed break, a trip made possible by Sunlight Air and its thoughtfully curated Palawan tour package that’s all about travelling safely during the pandemic.

Also read: After Its Historic Launch, Here’s How This Airline Will Change Local Travel

Why Culion, among other destinations When you have the more mainstream stops like El Nido and Puerto Princesa, it’s easy to pass over other Palawan attractions. For more than a century, Culion remained under the radar because of its dark past and remote location. But with the latter out of the way for at least a decade now, all that’s left is an island begging to be discovered and treasured.

Culion is also the home to a place called Sunlight Eco Tourism Island Resort (SETIR), one of the biggest privately owned island resorts in Palawan. At the moment, SETIR has an ongoing travel bubble package with Sunlight Air and Asia Pacific Travel that lets you visit Culion and surrounding islands safely and sustainably — a must if one were to travel these days. It was through this package that I was able to travel to Palawan amid the pandemic. 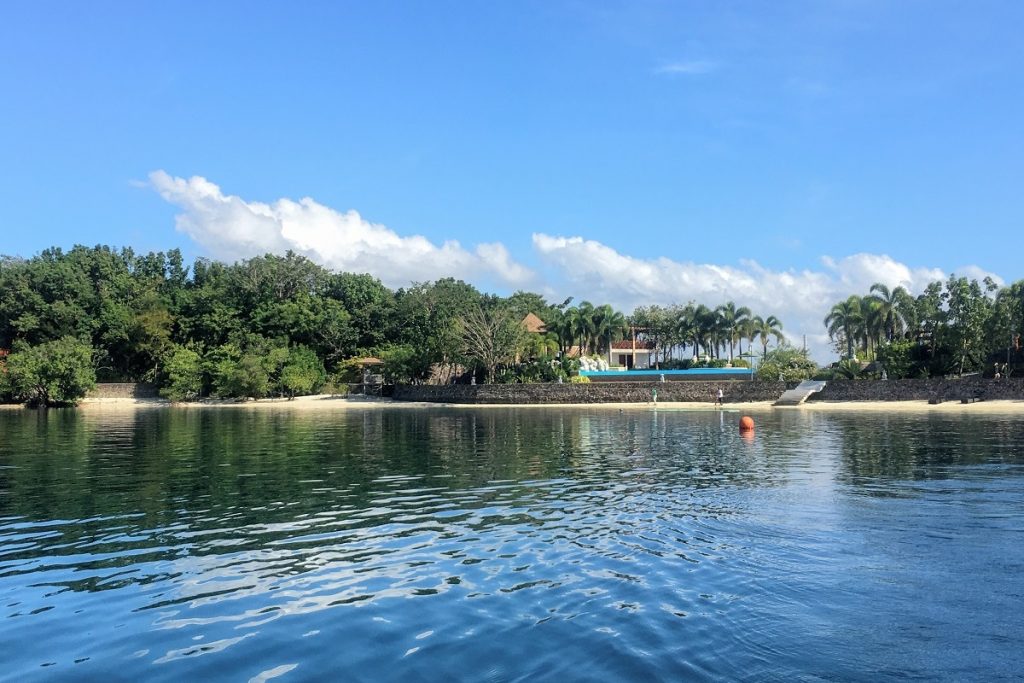 Occupying roughly 20 hectares of land formed by lush hills, private beaches, and mangrove forests, SETIR offers a safe space to relax, much like the little-known tropical paradise in which it stands. Opportunities to indulge in nature and embark on tropical as well as gastronomic adventures reflective of Culion’s rich natural resources also await anyone who finds themselves on this side of Palawan.

This time owing to Culion’s off-the-beaten-track location, the above experiences were all mine (and only a few other travellers’) for the taking during my stay on a secluded island. Considering the need to stay away from the crowd as much as possible, this was perfect and something I was truly grateful for. In fact, going to SETIR, where I stayed in one of nearly a hundred Pinoy-style overwater villas, proved to be much more convenient and far more liberating than I’d ever anticipated.

Also read: 20 Fun Things to Do All Around Palawan, Philippines!

How getting a Palawan tour package helped After I came home from the trip, one thing I can’t stress enough is this: availing a travel bubble package will make an astronomic difference when travelling during the pandemic. Covering four days, Sunlight Air’s travel bubble experience called Fly, Stay & Dine consists of round-trip flights to Busuanga from Manila with Sunlight Air, round-trip land and boat transfers to Culion, and use of the airline’s exclusive Manila and Busuanga airport lounges.

The travel package in Palawan also covers spa treatment, daily breakfast, and a food and beverage voucher at SETIR. Take my word for it — their culinary offerings are not to be belittled. One of the best ways to experience them is through a lunch or dinner by the beach, which is already included in the package. 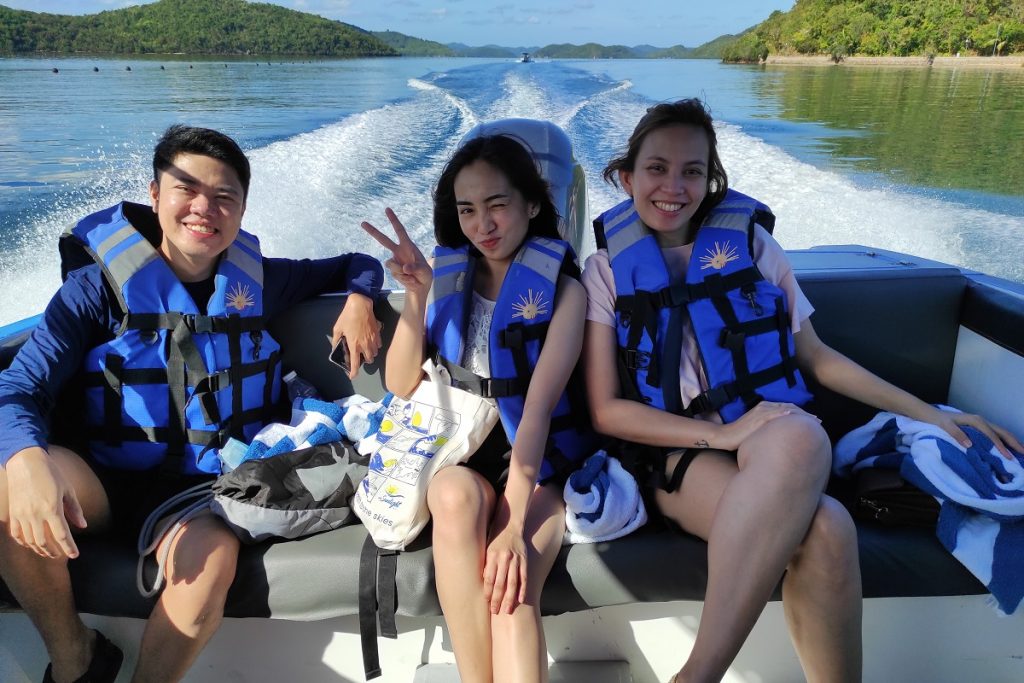 In its efforts to provide a safe sanctuary for travellers, the resort also hasn’t forgotten to give back to the environment and the Filipino community. For one, the accommodations make use of the more sustainable glass bottles for its bath amenities rather than single-use containers. Locals also make up the majority of its staff, one thing I wish other establishments would bear in mind. Supporting such causes is now a responsibility we all have to take if we truly want a safer and friendlier place to live in during these times.

As I was initially uneasy about travelling given the conditions we’re in, the travel bubble to SETIR gave me the affirmation that I needed. From the security given throughout my journey from Manila, to the safe comfort I got from understated activities at the island resort — there wasn’t really anything else I could ask for.

Travelling safely amid the pandemic 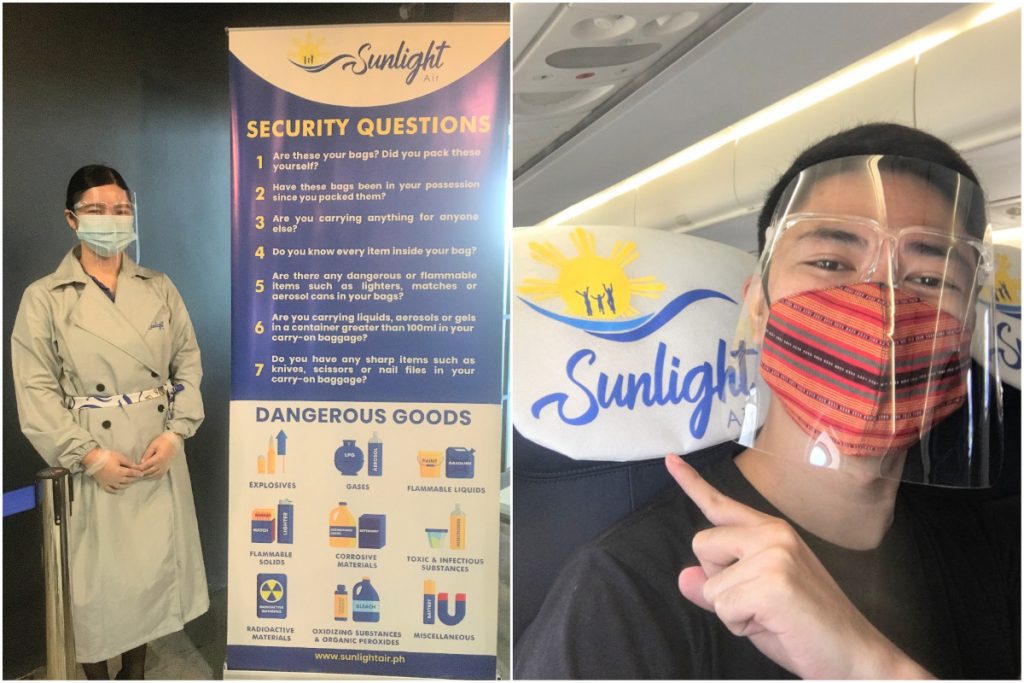 Now, there are both written and unwritten rules about travelling during the pandemic for leisure purposes. While essential travel remains definite, you should know that a number of transport companies, hotels and resorts, and tour operators have practising stringent safety protocols at the top of their priority.

Moreover, with the help of the Palawan tour package I’d mentioned earlier, I learned that it’s possible to travel in the new normal without compromising safety, all the while helping affected locals. While I travelled to the province partly for essential reasons, the following are some of the key takeaways I have from the trip that can benefit practically anyone visiting Palawan (or any other place in the Philippines) in the months to come.

Face masks have become such a fundamental part of our daily routine as food and water. But wearing one isn’t the only thing that will keep us out of harm when navigating through airports and other public spaces.

Now equally important are regular sanitisation, conforming to safety measures travel facilities have implemented, and of course, physical distancing, which I think is one of the most difficult challenges when travelling. Although in my journey, this was partly taken care of by the fact that Sunlight Air has its own private check-in facility in Manila. Not to mention, its pre-departure lounge in Busuanga Airport that’s exclusive to its passengers! 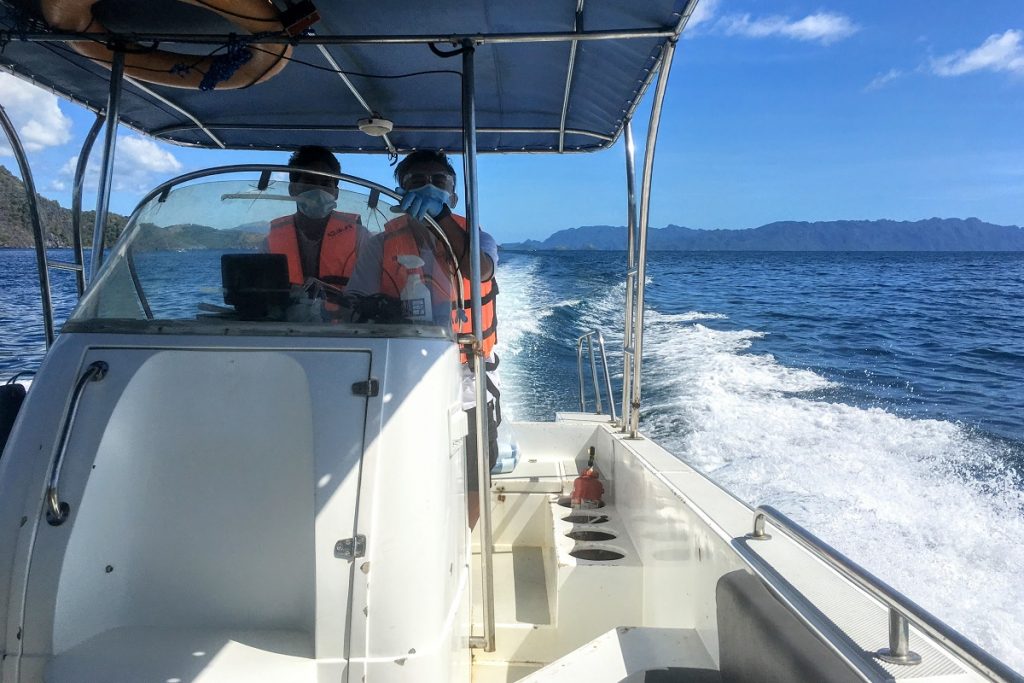 As for the rest, SETIR has also managed to address them by coming up with precautionary measures of their own. Among them is requiring all their staff to wear safety gear and providing complimentary health kits to each of their guests, which I found very thoughtful.

Another thing I believe we’ve all grown to accept at this point is that fresh, warm air is not to be taken for granted. But it’s also something that’s hard to come by in the city. Should you consider to travel for leisure anytime soon, I strongly suggest prioritising tropical destinations where you can make the most of the outdoors, where space and ventilation won’t be an issue. 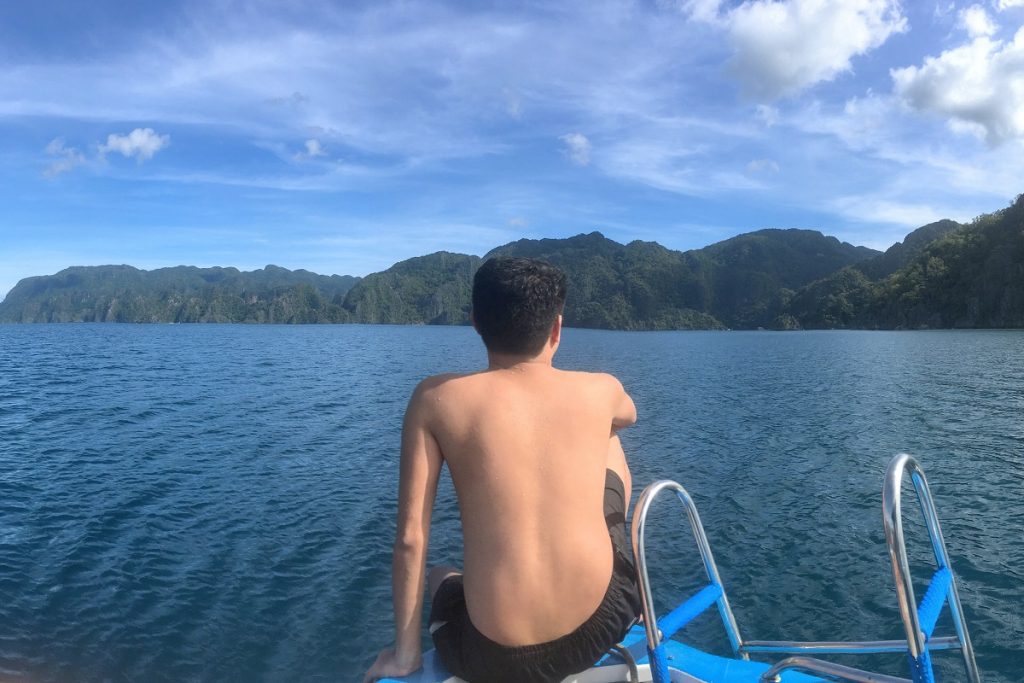 That being the case, places like Palawan, Boracay, Cebu, and Siargao are great options for your new normal travel. As it happens, they’ve all already reopened to tourism with proper safety measures in place. While the Sunlight Air travel bubble package is only available in Culion at the moment, soon, you can travel safely to these destinations while experiencing the airline’s breakthrough amenities.

Travel requirements are there for a reason

The fact is that responsible travel, especially at this time, is no longer just a matter of looking after the environment, but also for one’s health and that of others. I’m sure I won’t be the first one to point out how some travellers tend to brush it off on account of the added paperwork and money.

With Sunlight Air’s travel bubble package, the airline is able to keep the extra load brought upon by travelling amid the pandemic to a minimum. The company is also very clear when it comes to laying down Philippine travel requirements, and even offers discounted RT-PCR tests and on-site antigen booths for the convenience of all its passengers. 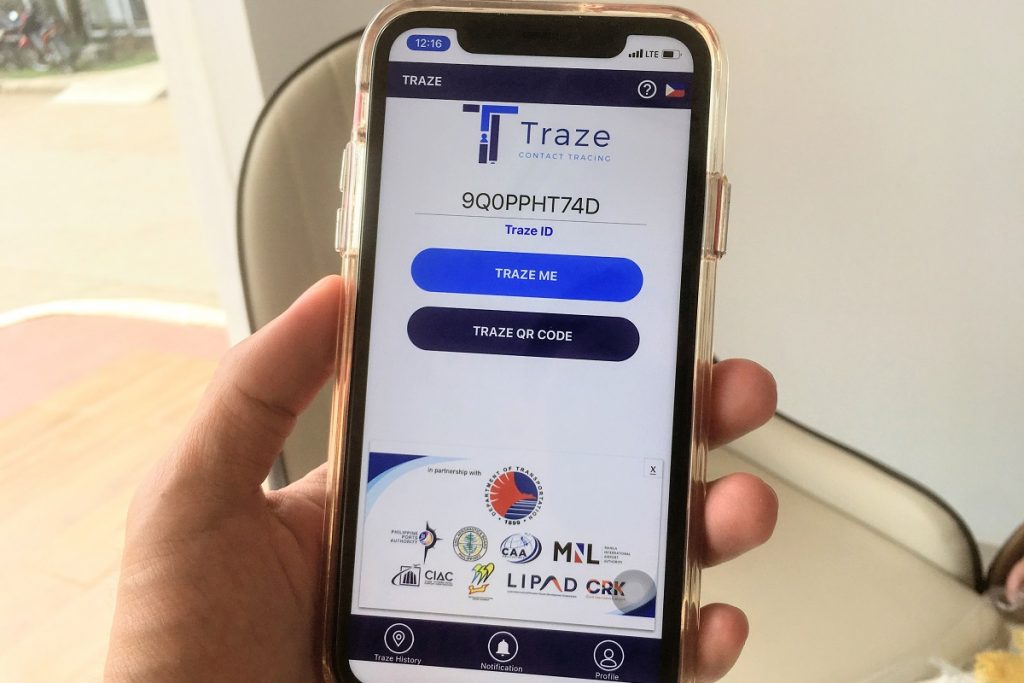 With that tended to, when travelling to Culion, you’ll only need the following: health declaration form, PNP-issued travel authority, and a letter of acceptance from the Culion local government. Take note, by availing the Palawan tour package by the airline, you won’t have to worry about preparing a separate confirmed round-trip ticket, hotel accommodation, and tour booking, which also make up Culion’s travel requirements.

Those close to me are privy to the fact that I often travel without an itinerary. With a group of people, it’s the complete opposite. In the short time I was in Culion, I managed to do both with I guess something you could a ‘chill Palawan itinerary’ due to the nature of my visit.

One day I was out island hopping to nearby Coron with fixed stops and a timeline. The next, I found myself leisurely strolling SETIR’s extensive property, swimming at the beach and pool, and binge-eating as though I had all the time in the world. What I thought was most special was the chance to just watch the sunset at my villa’s balcony with a cup of coffee, hearing nothing but the gentle waves of Culion’s waters underneath me. 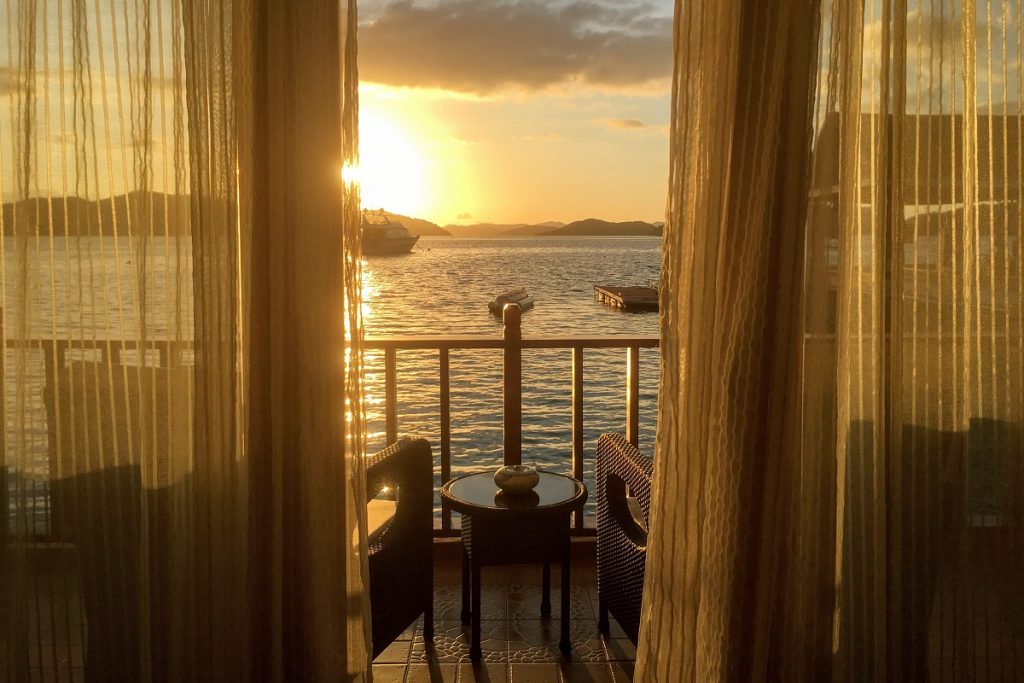 Whether or not you envision yourself doing these kinds of things for your first trip during the pandemic, they’re something you ought to consider.

Also read: 5 Ways You Can Support the Local Tourism Scene After COVID-19

New normal travels might pose more challenges than what most of us are used to. But that doesn’t necessarily take away from the experience, as this Palawan trip had taught me. With initiatives like travel bubble packages that help one explore with peace of mind, you’ll soon find out that discovering the Philippines amid everything that’s going on is both possible and necessary, albeit cautiously.

The idea of travelling to unwind, like what I did, has become so clichéd for many of us. But in reality, it’s the best thing to do at a time like this, when we’re all striving to restore the local economy while keeping our sanity in tip-top condition. The reduced mobility and exposure to crowds this sort of travel gives — provided it’s something you’re willing to prepare for and invest in — I would certainly recommend it.