Like With Pandi the Pangolin, You Can Help Repatriate Lost Wildlife

You may have heard of Pandi the pangolin, who was found roaming Ayala Alabang Village in August 2021; particularly, within the property of a certain Mansi Vijayadithan. Worried about the terrified-looking creature, she decided to call on her neighbours for help, before eventually getting ahold of environmentalist Anna Varona.

Fast forward to a few days later: Pandi the pangolin (the name is short for “pandemic”) was flown back to Palawan aboard Cebu Pacific Flight 5J 563; a process that took a lot shorter compared to when another pangolin was spotted in the same village before. Given pangolins’ low stress tolerance, the latter died before making it back to the province.

Also read: This Pinay Talks About Migrating With Her Emotional Support Animals

Also known as scaly anteaters, pangolins are endemic to Palawan. They are considered Critically Endangered Species by the Palawan Council for Sustainable Development (PCSD). Because it’s unlike them to go outside their natural habitat on their own, they could be victims of animal traffickers. 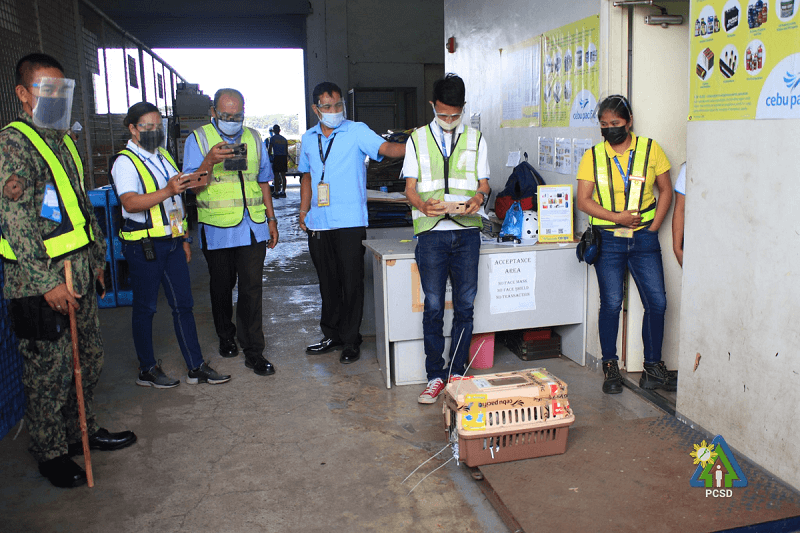 If you find yourself in the company of these mammals in unlikely places, below are the things you can do as per Pandi’s successful rescue and repatriation:

Pandi was flown back to Palawan, where he now stays in an unknown sanctuary for pangolins. According to Cebu Pacific via Esquire Philippines, their team handled him “like a pet and with utmost care.” Known for supporting wildlife conservation, the airline was likewise praised by concerned citizens for their speedy repatriation.

Previous ArticleHow to Send Money to Palawan Express From Home
Next ArticleK-Pop Merch PH: Where to Buy Official Merchandise