Sentimental Souvenirs: Is It Time To Give Them Away?

Every time I clean up my room, I always stumble on old travel souvenirs, which I never wanted to let go of. I often think that my personal tokens from these destinations are close to irreplaceable. While I know that they have the tendency to clutter my room, the thought of needing it for unforeseen reasons one day was always more important than just giving them away, or worse, throwing them (putting these sentimental souvenirs in the trash is an unspeakable subject for passionate travellers).

And so, some of us opt to store them in boxes never to be opened again or just give them away to people who might make use of these souvenirs better. Sentimental as they may be, you can’t deny that some once-precious-souvenirs lose their meaning as the years go by. I know it’s hard to accept when you look at your old mementoes and are constantly at war with yourself. But to ease the burden, here are my two cents as you question: Should I keep the sentimental souvenirs or is it time to give them away?

When it’s better to keep them 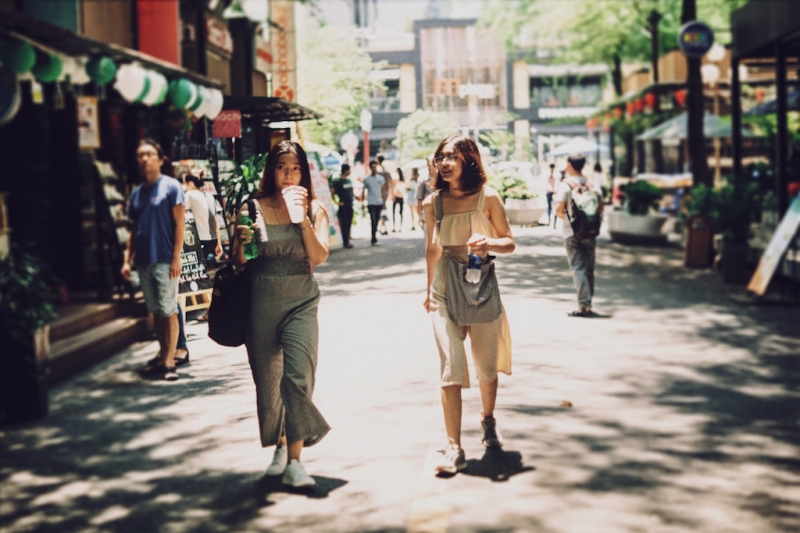 It’s understandable to keep meaningful souvenirs for as long as you want if you rarely travel in the first place (especially when it’s overseas). By rarely, I mean once every few years or so. While others seem lucky enough to visit a destination more than once, you can also be completely honest with yourself and admit when you don’t see yourself visiting a certain place ever again, and so it’s more practical to keep a souvenir from the said place.

Also read: 10 Souvenirs Abroad You Can Buy With Your ₱1,620 Travel Tax

2. The destination marked a personal milestone 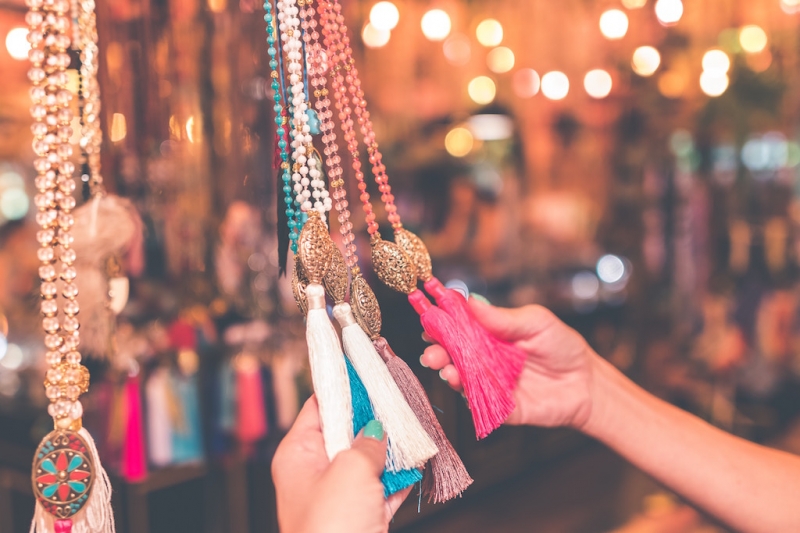 Does the souvenir come from your first solo trip? Did you get that cute trinket from your dream destination? Or did that scarf come from a kind-hearted stranger who eventually became a good friend? Of course, all these occasions call for tokens of remembrance aside from the typical photo. Hopefully, these items that represent a milestone or life-changing event never lose their meaning as you grow older, and that you remember exactly why they were important in the first place. Souvenirs like these don’t just come with a price, they come with a unique backstory that’s entirely your own.

3. You can use the souvenir on an everyday basis

The reason why souvenirs crowd our rooms or storage is mostly because we never take them out or use them. Sometimes, the souvenir itself isn’t for everyday use. But when it is, it adds more value to your life. Ergo, don’t give them away just like that. Make the most out of the souvenir until the day that it’s used and abused and you have no choice but to set it aside.

4. There’s nothing else like it in the world or it’s a hard find

If it just so happens that your sentimental souvenir is also a unique one that’s hard to find anywhere else, by all means, keep it.  When it’s almost impossible to replace, that’s enough reason to keep something for yourself (especially if it came from a well-earned vacation out of town).

When it’s time to give them away

1. It’s keeping you from REdiscovering a place

Some people put too much meaning on a tangible souvenir because it represents all the good memories they’ve had in a particular destination. They go as far as denying themselves the pleasure of revisiting the happy place just because they don’t want to “spoil” the good memories they’ve had there. Holding on to a sentimental souvenir constantly reminds them of this pure and perfect experience.

Although this way of travelling is just another preference we should respect, I would not advise taking sentimental souvenirs that far. Yes, your souvenirs are meant to be happy remembrances, but what good are they if they don’t encourage you to rediscover the destinations you’ve grown to love?

As travellers, you should already know that the world is a big place and there’s always more to see and do just when you think you’ve discovered everything about a city, beach, mountain, etc. Once you feel restless just keeping that token of remembrance, then you know that it’s time to let go of the material and open your eyes once again to the world that’s full of surprises.

2. You don’t care about it anymore 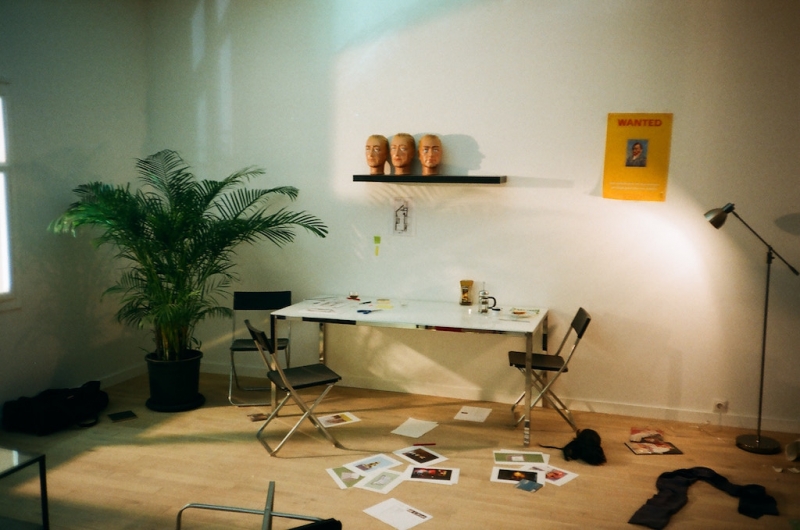 Like I said before, over the years, travel souvenirs can gradually lose their meaning. Sometimes it’s because you’ve created better memories elsewhere, or a sweeter experience in the same place has replaced the old one. That’s part of living and is completely understandable. If you start finding that your souvenirs are just starting to clutter your room instead of adding value to your life, then perhaps there’s no point in keeping them with you any longer.

3. You’ve become a frequent traveller in the same destination 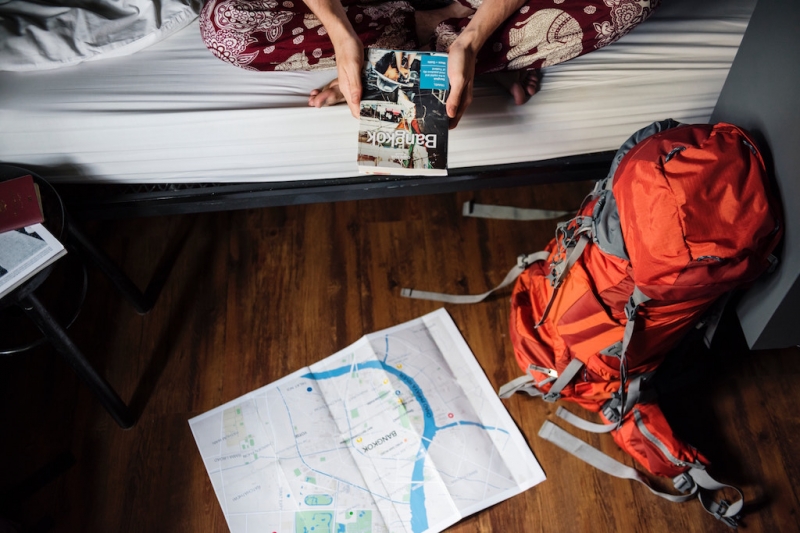 Becoming a frequent traveller not only entails opportunities to make more travel memories and collecting souvenirs from different places. It also means that you’re more likely to return to the place where your sentimental souvenirs come from. Why? Because by this time, you’ve grown used to the ins and outs of budget travelling, grabbing airfare promos, and trip planning.

So if this is the case, tangible souvenirs lose their novelty. It would have been enough, a twofold privilege even, to return to the same place for the nth time. Travellers who have experienced this know this train of thought for sure: “I don’t need this souvenir anymore. My time spent in that place is enough.”

4. You know someone who will be happier with the souvenir (compared to you)

Speaking of frequenting a destination, if you know you’re bound to return to the same place in the future, why not give away previous souvenirs?

My first experience of this goes way back in high school. We were having our annual kris kringle for Christmas. I drew out a classmate who wanted anything related to theatre and I knew for a fact that she enjoyed musicals.

At that time, I had already watched Broadway musicals in New York from my summer vacations with family, and I had watched my classmate’s favourite musical twice. But I had only one souvenir to remember that experience by — my playbill. It didn’t help that it was also from my favourite musical. But my gut told me that someday, I would watch the same musical again and return to New York too. I had no way of ensuring it except for the existence of my US Visa. I was a student and couldn’t fund my own trips. But I took a gamble — it was worth it.

That Christmas, I made my classmate happy by giving her a playbill straight from Broadway. And yes, I was able to watch that musical again, right here in Manila, no less. 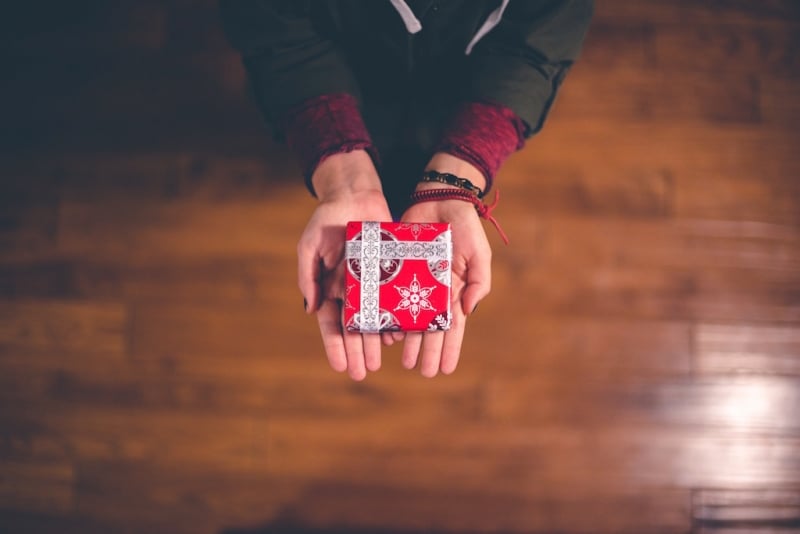 There are a lot more factors to consider when you think of giving away your souvenirs. But know that the choice is yours and there’s no right or wrong decision as long as you’ve put enough thought into it. If you end up wanting to give your souvenirs away though, this Christmas season might be the best time as it’s the season of giving after all. Just make sure the recipient knows the meaning behind the souvenir so that they don’t think it’s just a hand me down of some sort. Personally, I still keep a couple of meaningful mementoes for myself. But I’ve also experienced giving others away, and believe me, it’ll give you such a rewarding feeling in the end.

Previous Article17 Best Day Trips From Manila if You Need a Break From the City
Next ArticleMy First Solo Trip to South Korea With ₱15,000 Pocket Money