This Cute Shih Tzu Has Unbelievably Shiny and Soft Hair!

While most of us humans have neglected to brush our hair since the community quarantine began, dog mom Jed Mariano has gone the extra mile. Her cute nine-year-old Shih Tzu, Satchie, now has lustrous locks thanks to her meticulous hair care routine.

“Since I only give Satchie a bath every two weeks, I make sure that I mist and brush her hair daily so that the dirt doesn’t pile up,” Jed tells TripZilla Philippines. “Satchie goes out twice a day, so her hair is really susceptible to pollution.”

Also read: Pawesome! Airlines Around The World That Allow Dogs on the Plane 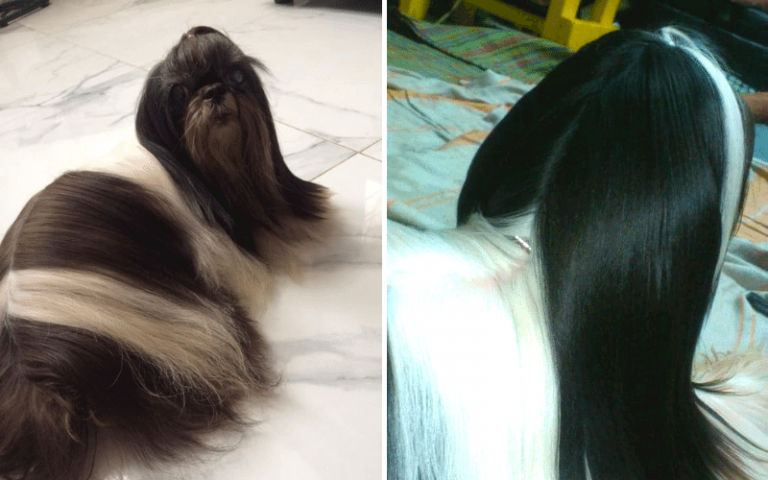 On days Satchie has her bath, Jed gently dries her with a towel, then sprays her hair until it is completely detangled. She then blow-dries Satchie’s hair. According to her Facebook posts, Jed uses the Saint Roche Ultra Premium Dog Shampoo and Saint Roche Detangling Spray to maintain Satchie’s silken look. 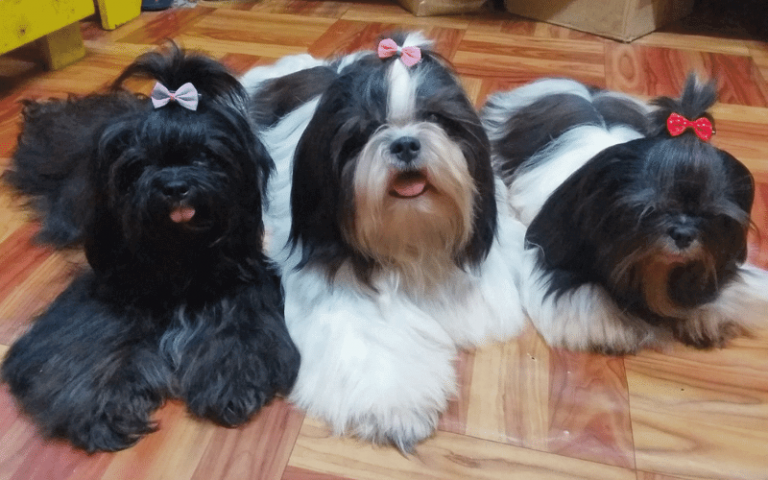 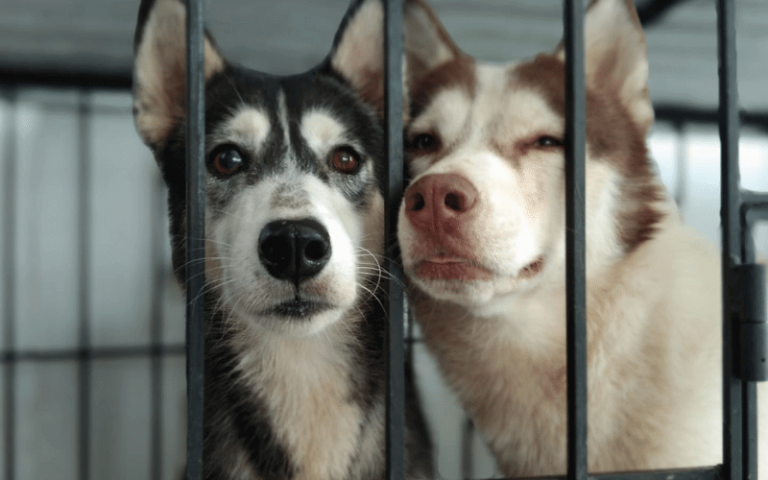 Jed reveals that she brushes all her Shih Tzus daily, while the other short-haired breeds get brushed once a week. “It’s really not that hard,” Jed reveals. “It takes me five minutes to brush my four Shih Tzus. Since we brush their hair daily, they don’t have major knots.”

Should you try this on your pets? 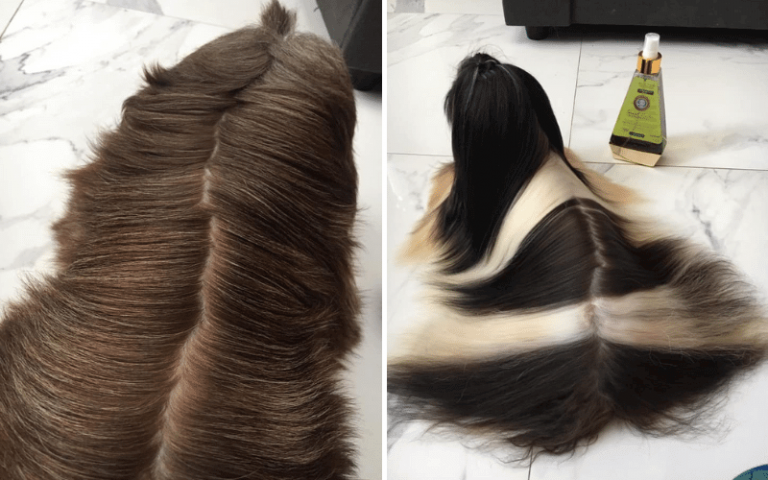 When asked if she would recommend this haircare routine to other dog parents, Jed answered: “If other dog owners want their Shih Tzus to have silky hair, I’d certainly recommend it — but only if they have the time. If they don’t have the time for it, they might find this challenging. Kawawa rin yung Shih Tzu. The hair of Shih Tzus easily tangles; if they aren’t groomed properly, they might even develop skin problems.”

Also read: Adopt, Don’t Shop: Over 100 Rescued Dogs and Cats in Bulacan Up for Adoption

Would you try this out on your pets? As for Jed, she believes it’s worth it. “I’m super happy and satisfied whenever I see my pets, because I know I’ve cared for them well,” she says.

All images credited to Jed Mariano.