This Backstory of the Temple of Leah Might Surprise You

Towering majestically on a hill in Busay, Cebu, the Temple of Leah isn’t a new name to us at all. In fact, most of us who’ve heard of it are probably familiar with the backstory of this temple: that it’s a grand gesture of love, a post-mortem gift from Ellen Adarna’s grandfather to her grandmother, Leah Albino-Adarna.

The grandiosity of the Temple of Leah has led people to dub it “Cebu’s Taj Mahal,” after the mausoleum dedicated by the Mughal emperor to his late wife. But beyond its significance as a shrine, the Temple of Leah actually has a very interesting backstory that hasn’t been talked about before.

Also read: 8 Places in the Philippines That You Might Not Know About 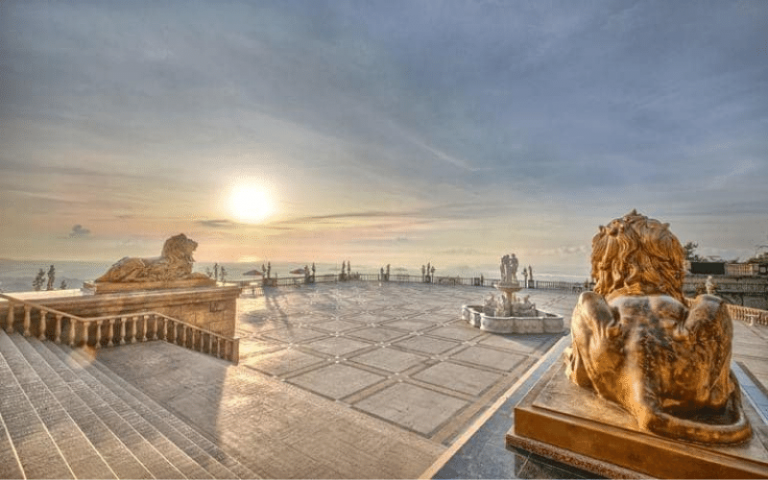 On 28 Apr 2021, Arlene Adarna-Mangubat, under the name Ibon Sa Gubat, posted a story on the Home Buddies Facebook group. She explained that she wanted to share the story since she read many posts about members with parents who are hoarders.

“My Nanay, Leah, was a hoarder,” Arlene wrote. “She never threw anything away, even plastic Jollibee spoons. She would wash it, kasi sayang at pwede pang gamitin (…) Over the years before she died, you could just imagine the things that she collected considering that she didn’t throw anything that she felt was ‘useful’ kasi sayang.” 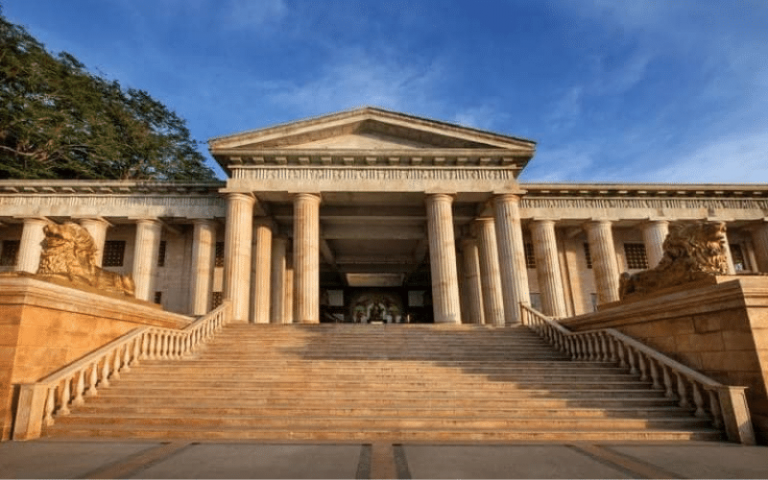 “Aside from the small things which almost had no value, she also had expensive taste in things. So, she had a vast collection of figurines, crystals, silverware, China[ware], books and furniture. Sa dami, she had to distribute [her things throughout the] several houses that she owned. Lahat ng bahay niya, it’s either mukhang bodega o department store.”

With her mom’s tendencies, Arlene revealed that she grew up to be the exact opposite. “I discarded or gave away things that I didn’t need because I hated clutter. Pati tuloy memorabilia ng asawa ko became part of my decluttering. I felt bad [about] doing that,” she shared. Previously a young military combat pilot, Arlene’s husband wanted to make a career memorabilia recently. Unfortunately, she has disposed of his uniforms, awards, and other accessories.

Also read: The Marie Kondo New Series Is All About Next-Level Organising 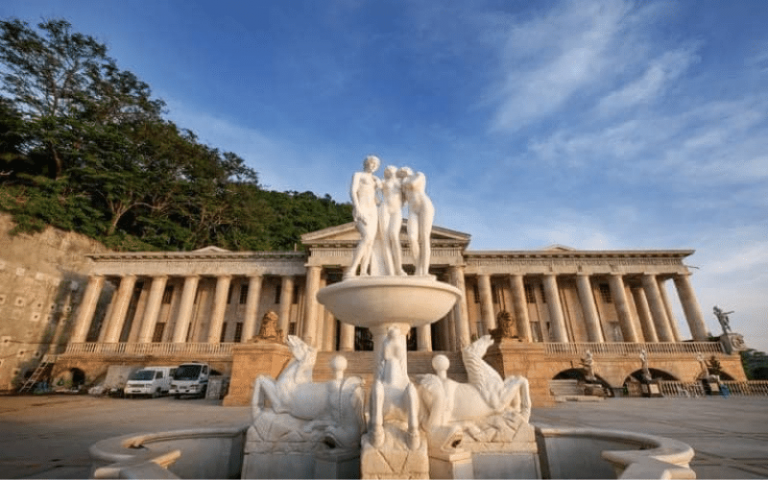 “It’s really difficult to grow up with a hoarder in the house,” Arlene continued. “But looking back now, natatawa na lang ako with her ways. My nanay died ten years ago, and I really miss her a lot. I feel sad looking at her things. It’s a constant reminder that wala tayong madadala. And she left it all behind.”

A temple of collections 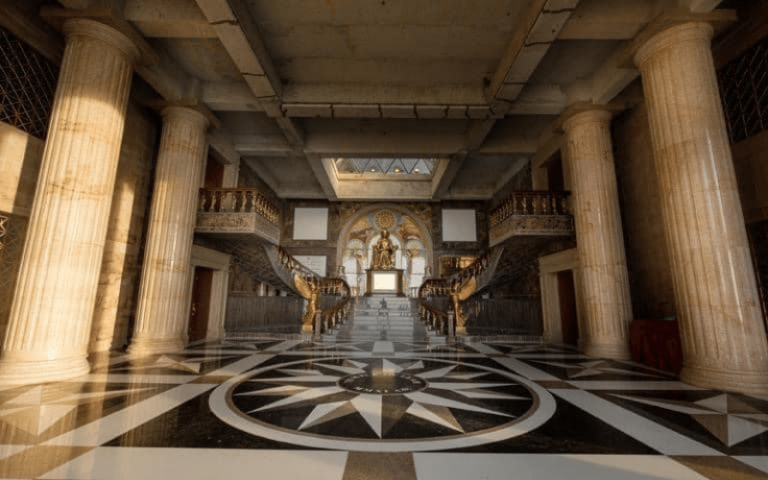 As expected, the “hoarder story” circled back to how Arlene’s dad loved her mom. “My mother became ill with cancer. Before she died, she was so worried about her collections more than she was worried about us,” Arlene laughed. “Malaki na kasi kami and we were all okay.”

Arlene shared that her mother was worried about her things being thrown away after her death, so her father had to promise that “he would build her a place where he would put all of her things in one place.” With that, the Temple of Leah as we know it now came to be.

A piece of advice 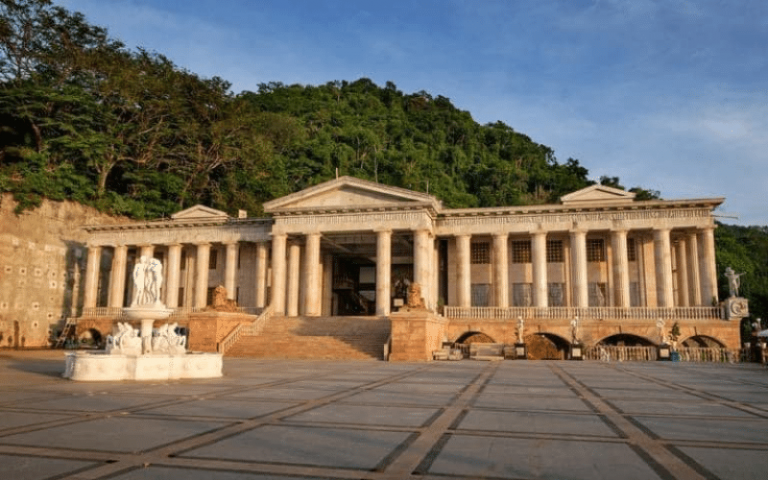 Closing her lengthy post, Arlene shared her nuggets of wisdom for the Facebook members who were complaining about their hoarder parents.

“Pabayaan niyo na lalo na if they’re already old. We do not spend much time with them. So instead of complaining, help them organise their things. Do not spend your few times together convincing them to change their ways. It’s not going to happen. It is just going to be emotionally draining for both of you.

“As parents, we always raise our children to the best of our abilities. So in return, we just want love, understanding, and acceptance. Nobody is perfect. So as a parent of adult children myself, these are all I want in return.”

Also read: Declutter Your Space Like a Pro Following These Tips by IKEA Philippines

It’s fascinating to learn about the many layers of the Temple of Leah. Many travellers have also pointed out that they noticed collections of books, cups, and other memorabilia when they visited the shrine.

“This is not totally a romantic story though because people have been comparing this edifice to the Taj Mahal,” Arlene concluded. “May twist ito, but anyway, this is how it all started: the story of Leah and Teodorico, a hoarder’s story and a husband who kept his promise.”

Previous ArticleApple’s iOS14.5 Update Lets You Finally Stop Apps From Tracking You
Next ArticleYou Might’ve Seen These Witty Community Pantries in the Philippines