From a cinema and television standpoint, I’d consider myself a gazer of some sort. Meaning, I tend to look at imagery more than the plot, characters, and themes. Based simply on the setting, colours, and overall “vibe,” I decide whether or not I like the movie or series.

The same is true when I watched Trese on Netflix. Although, before I even had the chance to do so, I was already enamoured with the screenshots and clips of the Filipino horror-thriller that went around on the Internet when it aired in June 2021. And that was what led me to log in on the streaming platform for the first time.

Trese on Netflix setting and visual portrayal of Manila

For those who don’t know, Trese is a Filipino animated series adapted from Budjette Tan and Kajo Baldisimo’s 2005 comics series of the same name. It’s the first of its kind to stream on Netflix.

Like all things Filipino making it big in the international scene, including virtually, there was much hype over the Netflix adaptation. That’s other than the fact that it comes with a fascinating storyline about Filipino folklore and a fictional side of Manila that will even leave anyone already living in the city breathless.

Behind everything else that goes on on-screen led by Filipina protagonist Alexandra Trese (who Liza Soberano voices in Filipino), it’s a great way to look at the bustling Philippine capital in true animated form. This was made possible by Lex + Otis Animation with Tiger Animation, Trese’s animation studios.

From the first episode alone, Trese didn’t disappoint with scenes inspired by real-life locations in Manila. Whether you’ll agree with their accuracy or not, the painstaking process involved in creating them is beyond impressive. To others, it would even remind one of countless Japanese anime, particularly the films of Studio Ghibli.

Warning: There may be spoilers.

Ortigas skyline with Rizal in the background 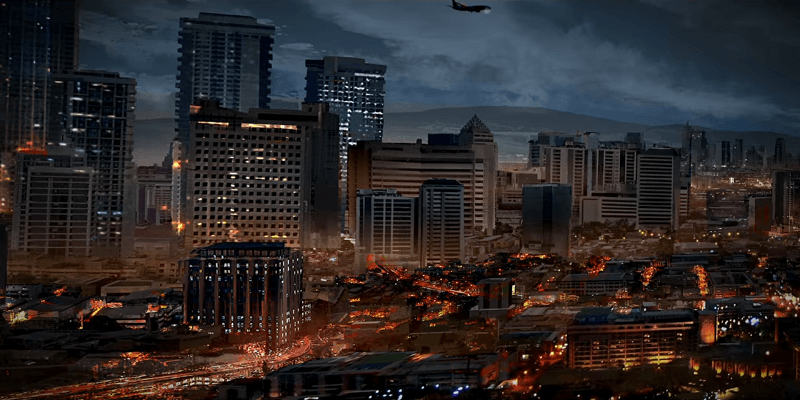 One of the country’s biggest commercial centers, Ortigas is known for its skyscrapers. One of them is the Atlantic Center building, which people easily recognise for its emblematic pointed rooftop. The same area is seen in Trese’s opening scene, where an airplane flies over the site with Rizal mountains in the distance.

The buildings of Roxas Boulevard across Manila Bay 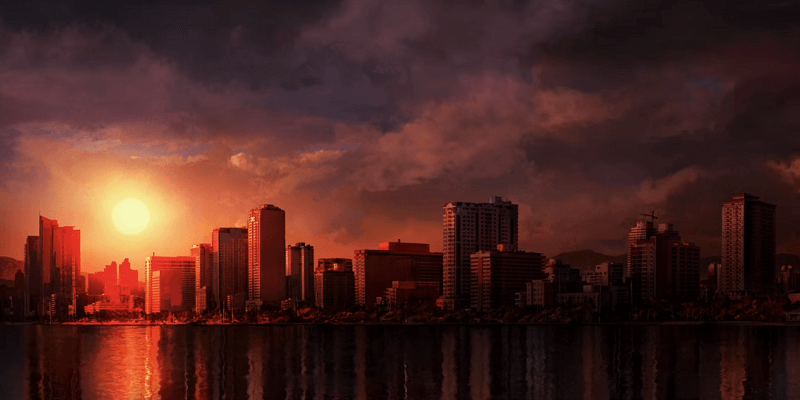 Manila’s charm lies in its historic Spanish-era buildings, busy street food scene, and waterfront attractions like the Manila Bay. In Trese, a couple of shots from the pilot episode portray the iconic Philippine attraction, but in a much more subdued manner. This, of course, honours the story’s darker theme, and it’s eerie yet captivating at the same time.

De la Rosa Avenue in Makati and its elevated walkway 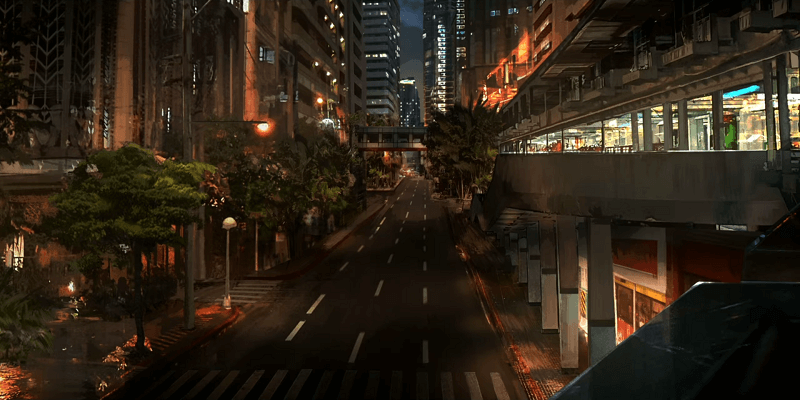 To an outsider, De la Rosa Avenue is like any other road in Makati — congested yet full of life. To those who ply the area regularly by working in the Philippines’ top financial district, it’s much more than that. It’s briefly seen in the first episode, but Trese’s version of the avenue shows how its allure comes alive even without people and cars.

The corner of 13th Street and Balete Drive in Quezon City 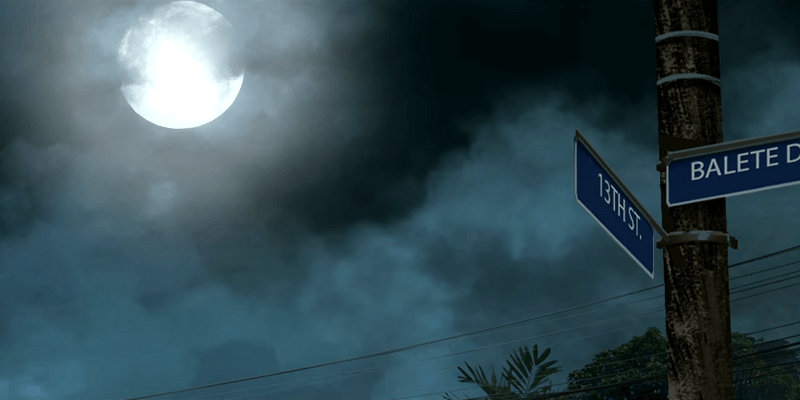 Having gained prominence as one of the most haunted places in the Philippines, Balete Drive certainly deserves screen time in a show like Trese. Thankfully, the first few minutes of the series have given us that. This Quezon City road is particularly notorious for being home to a white lady, who also made an appearance in the Netflix adaptation.

A broken MRT on EDSA with a Kathryn Bernardo billboard nearby 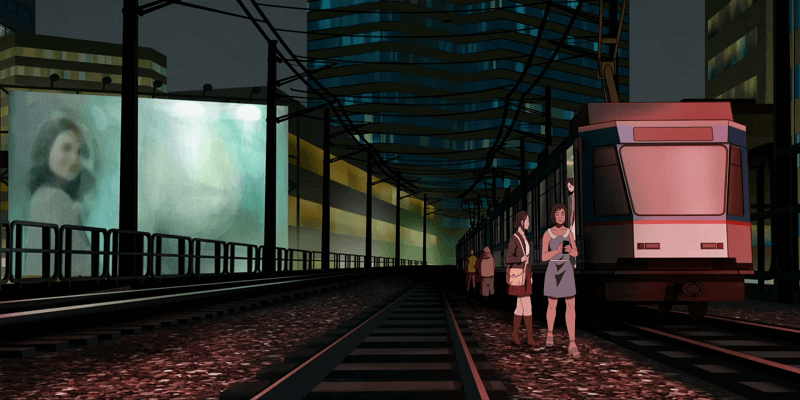 It wouldn’t be a show about the Philippines without acknowledging the faulty train lines of Metro Manila. In Trese’s opening scene, one train is even shown breaking down in the middle of the train track somewhere that looks like Guadalupe. To make it more localised, an obviously blurred-out billboard of Kathryn Bernardo is seen close by.

When editors and animators spend so much time perfecting images of their works, gawking at a film or television show is hard to help. Watching Trese on Netflix is a good example of that. According to a Twitter page called Wag Kang Lilingon, there are also scenes showing Muntinlupa’s Bilibid Prison and the streets of Malate.

All images of Trese are credited to Netflix.