7 Wilderness Movies to Enjoy While We Can’t Travel

Some countries have successfully flattened their curve and some countries have been seeing COVID-19 cases keep rising. Depending on where you are in the world, you might not be able to travel for the foreseeable future. Lucky for you, we have a list of wilderness movies to satisfy your itch for travel and the outdoors.

Wilderness movies you have to see

Into the Wild has become a staple outdoors movie in the United States and follows the story of Christ McCandless after he decides to leave society behind and go into the wild. A lot of people might relate to the idea of wanting to break away from society, and Chris McCandless and Bus 142 represent this idea.

127 Hours is another movie based on a true story. The movie follows Aron Ralston’s survival story after a boulder falls on his arm and traps him in a canyon in Utah. Aron Ralston realises that he is completely alone and that no one knows where he is. Over the next 127 hours, he experiences several visions while chipping away at the boulder becoming more and more desperate to break free.

Wild is the first fictional story on this list of wilderness movies. It tells the story of Cheryl, played by Reese Witherspoon, and her hike across the Pacific Crest Trail. Cheryl spirals into addiction after her mother’s death, which leads to her and her ex-husband’s divorce. While hiking her 1100-mile journey, she meets life-changing characters and receives letters of support from her best friend and ex-husband. By the end of the movie, you’ll see the progress that Cheryl made physically and emotionally on the trail.

The Revenant is well-known for getting Leonardo DiCaprio his first Oscar. Hugh Glass, played by DiCaprio, is left for dead after a bear mauling and goes on a revenge tour as a result. The movie is set on the American frontier in the 1820s and highlights the tension between the colonisers and the Native Americans. The movie has truly breathtaking cinematography and is a must-watch.

Respectful Native American representation in American cinema is limited, and Barking Water does a beautiful job with providing non-offensive representation. Frankie, played by Richard Ray Whitman, is dying of a terminal illness and is picked up by his ex-wife Irene, played by Casey Camp-Horinek, to salvage his relationship with his daughter and granddaughter before dying. The film displays the beautiful state of Oklahoma as Frankie and Irene drive to see his family for the last time.

This title might seem similar to Into the Wild and that’s for a reason. Jon Krakauer is the author of both books, and both books have movie adaptations. Into Thin Air: Death on Everest follows Jon Krakauer’s exhibition on Mount Everest in 1996. Even though the climb has been made hundreds of times, Krakauer’s exhibition is filled with disasters and danger, and the movie plays out exactly how Krakauer saw it played. It is thrilling from start to finish.

Cast Away has become an iconic Tom Hanks film that popularised the name Wilson. Chuck Nolan from FedEx is travelling to Malaysia when a storm causes his plane to crash into the ocean. Nolan is the sole survivor and ends up on a deserted island with only a couple of motivators: the love of his life, Kelly, and a FedEx package to deliver. Cast Away will make you laugh, cry, and just about everything in between.

Also read: 5 Movies Scenes That Were Actually Shot in the Philippines

All seven of these wilderness movies are excellent and will capture that feeling of the great outdoors. No matter what mood you’re in, you can find a fitting movie on this list.

Hey, we can’t travel, and our time outside is limited. Why not use movies to imagine that this is different? Which of these wilderness movies are you thinking of starting off with? Let us know! 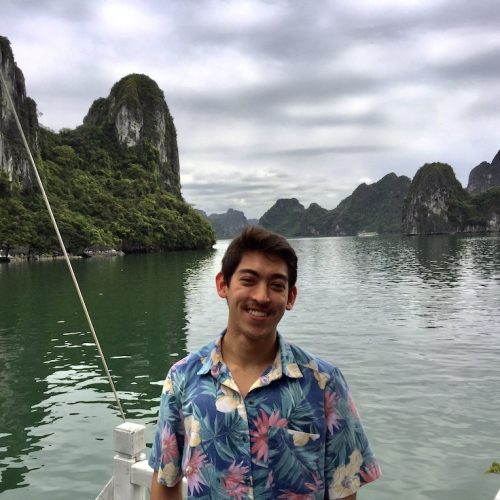 Henry is a math teacher based out of Hawaii who enjoys the outdoors and blogging in his spare time. When out of the classroom and off of the computer, Henry is hiking his favourite mountains and surfing in new spots.