With a QR code, you’ll no longer need to use your BDO card when taking out money. The cardless transaction would also prevent you from touching a BDO ATM as much as possible, thereby reducing risks to get COVID-19 or any other contact-based conditions for that matter. This service is different from the existing account QR code feature of BDO, which is used for sending money.

How to use QR code-based withdrawals at BDO 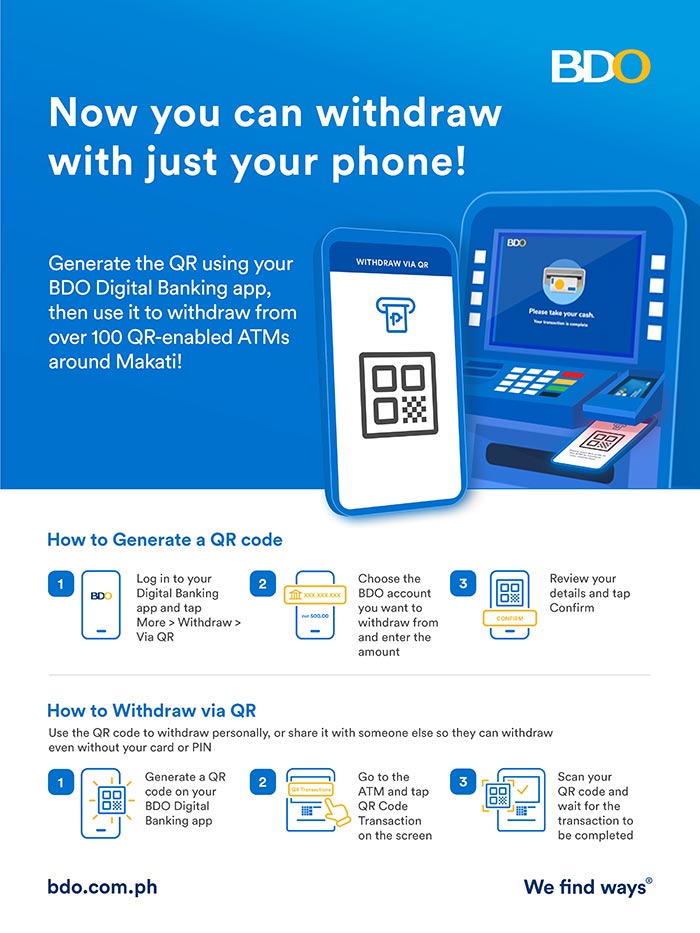 Again, you can only do these QR code-based withdrawals at select BDO ATMs at the moment. See the complete list of these ATMs here. Soon, it would also be available in key cities nationwide. Take note that you’ll need a different QR code for every withdrawal. For added safety, each QR code is only valid for 24 hours.

All images credited to BDO.