Ah, yes. Nothing beats a crispy, juicy piece of fried chicken. It’s everyone’s favourite comfort food — especially when it’s just out of the fryer! It may seem simple on the outside, but it takes so much to create good fried chicken. Here are some of the best fried chicken in the Philippines for when you want to indulge in succulent delights.

You can’t go wrong with classic fried chicken. Ever since Mimi & Bros opened in Bonifacio Global City, it has been a prime destination for foodies. They have a pretty simple menu consisting of barbecued ribs, pork chops, and breaded fish — all cooked to perfection. But the star, of course, is their mouthwatering chicken.

Their chicken doesn’t really hide anything. It has a light batter and its flavour is tight. Once you take a bite, there are no frills: it’s all chicken. Then, a harmony of herbs and spices dances around your palate as you indulge in the juicy dish. The flavour is consistent, but you can dip it in their rich gravy. Better yet — try any of their sauces for different ways to enjoy their fabulous chicken.

You would think that a restaurant named Wildflour Café + Bakery wouldn’t serve fried chicken, but it actually makes sense. How do we coat fried chicken after all? They use their namesake ingredient to its fullest extent in everything they cook, and that goes for their fried chicken too.

Wildflour Café + Bakery is one of the best proprietors that perfects the classic combo: chicken and waffles. Fluffy waffles drizzled with Vermont maple syrup serve as a bed for three pieces of fried chicken. A firm and fragrant piece of chicken together with a slice of some fluffy waffles. Sounds like the ultimate comfort food, doesn’t it?

It can’t be stressed enough how the best fried chicken should be easy to eat. From ordering until delivery, Papa Ken Chicken makes their process easy. Once your chicken arrives at your doorstep, it becomes an all-out party.

For the absolute best value, buy a party pack. And from there, go wild with your choices. Anything and everything you will pick from their flavours and dips is all good. There are no exceptions! For some of their best flavours though, you should try their K Chicken, Spicy Pinoy BBQ, or Soy Garlic. For dips, their Honey Mustard is a light and refreshing complement to their wings. 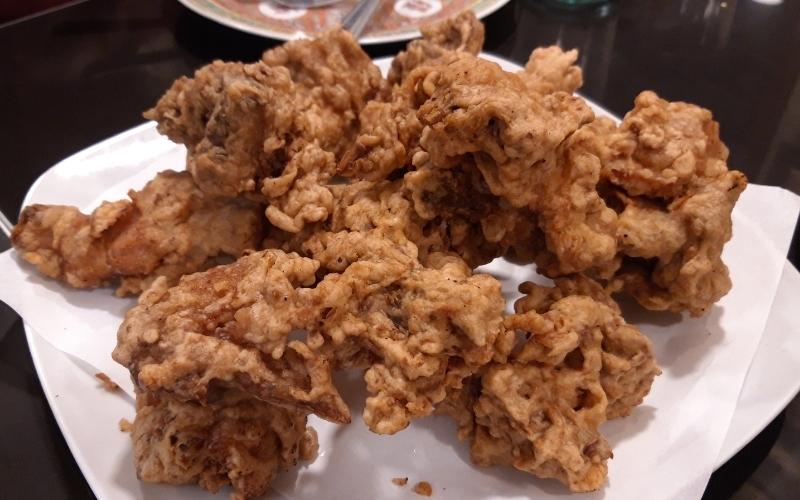 The fried chicken of Sincerity Cafe and Restaurant is a jewel among Binondo’s diverse culinary options. You’re probably wondering what’s the secret behind one of the best fried chicken in Manila. What does Sincerity do to set it apart from the rest?

This is pure speculation, but a safe bet would be the smart use of the Chinese five-spice when marinating and breading their chicken. You can smell prominent hints of cinnamon and star anise from their chicken, which give it a distinct flavour. If you want more fried goodness from them, they apply the same principles with their frog legs.

This is another classic in Metro Manila. Formerly known as Pop-Eye Chicken, Mutsarap has been serving customers its iconic fried chicken for decades. They’re mostly known for their Chinese-style fried chicken: little to no breading, light crispy skin, and juicy chicken with a robust taste. Unlike most fried chicken as well, Mutsarap does away with gravy. Instead, they have their own sauce — a smoky and tangy blend that ties down the flavours of Mutsarap chicken well.

With a name translating to “chicken rice”, Khao Khai in Poblacion has a lot to prove. Good thing is they pass this easily with their delicious Thai fried chicken. If you want to know what it’s like to eat in the streets of Bangkok, Khao Khai is the closest you can get without spending a plane ticket.

Their signature dish is the gai tod, or simply, Thai fried chicken. Their chicken is well-seasoned, but it actually plays a role in the overall dish. The fresh papaya salad that comes with the dish, along with the fried eggs, just goes so well with the chicken. For a bit of variation, you can choose your jasmine or sticky rice for your order. 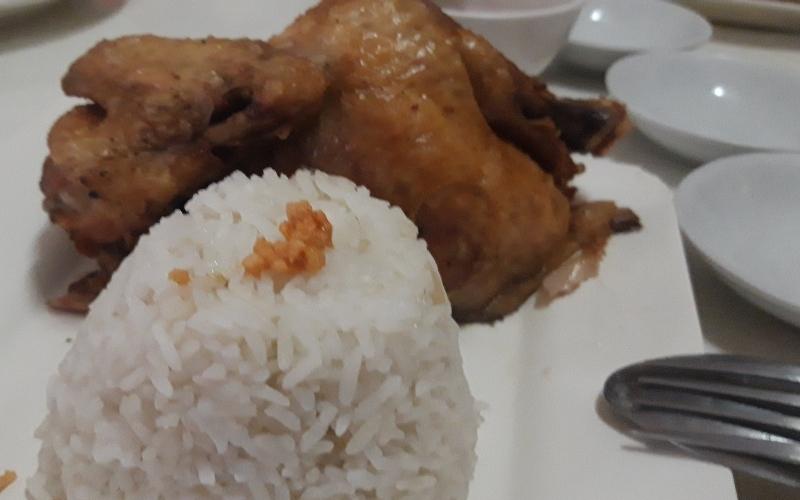 Lolo Claro’s is a legendary fried chicken restaurant located in Maragondon, Cavite. Locals know it as a simpler and inexpensive alternative to so-called premium chicken restaurants. The difference is that it tastes better.

It may sound like a bold claim, but it’s true. It could pass as the standard to follow when it comes to delicious fried chicken. The meat just slides off the bone easily and its skin is toasted to crisp perfection. It is easy to eat, beautifully cooked, and delicately seasoned, all at an affordable price. As all fried chicken should be.

The family-owned Angeles Fried Chicken (AFC) in Balibago, Pampanga was established way back in the 1960s. Since then, it has been recognised by a lot of foodies for its familiar taste. A taste that most diners may know all too well.

AFC prides itself as a restaurant that has a better grasp of “11 secret herbs and spices” when cooking its chicken. You can choose their original recipe, extra crispy, or a combination of both for your order. Take a bite out of it though and it might replace a certain three-letter fried chicken shop as a favourite.

Surfers of La Union tend to develop an appetite right after riding the waves. Luckily, Sabong Fried Chicken is an easy choice if you’re hungry from all the swimming and surfing. The best part is that they have a solid variety of fried chicken flavours.

Using different techniques to create flavour, their chicken remains consistently good regardless of your order. From favourites like Korean Soy to their own unique signature like honey bagoong, Sabong is a wave you should definitely catch when it comes to fried chicken.

Also read: 20 Restaurants in La Union: Your Guide to the Best Eats in Elyu

Every inch of this chicken is beautiful. Its aroma is almost incomparable when freshly cooked. The taste is pretty simple too. There are a few hints of spices, probably even less when compared to a lot of fast food fried chicken. But sometimes, less is more, and that’s the case with Uncle John’s.

There is just no way to pick the best fried chicken in Cebu. Any fried chicken peddler you will find in the Queen City of the South will have the same brilliant chicken as the next. Some don’t even have a name! So what do these fried chicken share that makes them so delicious?

It may have something to do with the Chinese five-spice, which seems to go really well with fried chicken because the aroma will be the first thing that will attract you. It may also have something to do with using spiced vinegar as a dipping sauce. Most spiced vinegar would include minced garlic, chilis, and shallots for a more vibrant flavour profile. Or, it could be that it’s just simply delicious.

Pair it with fresh puso and Cebu chicken is just comfort food defined.

The simple joy of eating good fried chicken has no equal. But, it is unimaginable bliss to eat the best fried chicken. If you find one that stands out for you, work real hard to remember it. And then, recommend it to us on our Facebook page so we can try it out!