“I do not understand the appeal of multiverses,” I grumbled to a friend when he first tried to coerce me into watching Everything Everywhere All at Once. I had just watched Doctor Strange in the Multiverse of Madness a few months ago, and while I agree that the execution was done in finesse, as with most Marvel movies, it was just not my cup of tea. Nevertheless, my friend promised that it would blow my mind; and, to cut a long story short, it actually did. And I still can’t stop talking about it.

In my defence, though, I know that I’m not the only one obsessed with this sci-fi-romcom-action-fantasy-family movie melange. Since its release, Everything Everywhere All at Once has garnered over $80 million at the worldwide box office, a remarkable sum for such an avant-garde film. It has so far gotten a 95% approval rating out of 320 reviews on Rotten Tomatoes; an 81 over 100 on Metacritic; and a standing ovation and 30 minutes of endless tears from myself. (Art is personal, isn’t it?).

Everyone is into Everything Everywhere All at Once 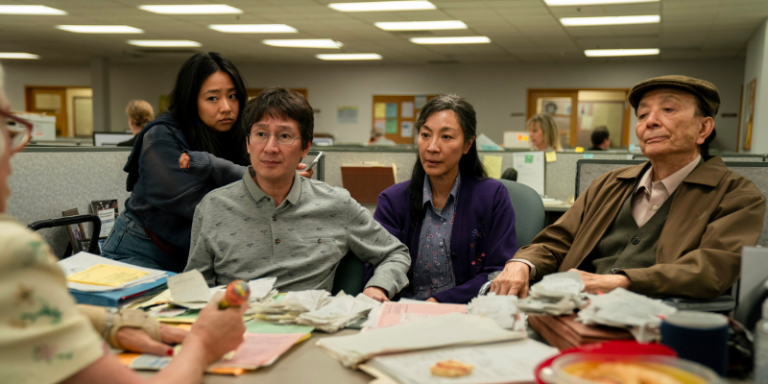 So, what exactly reels everybody into Everything Everywhere All at Once? Is it its clever amalgamation of dramatic nihilism, a theatrical script, and a heartwarming plot? Is it the impeccable acting and on-point casting? As a viewer, I honestly find it delusional to identify its highest points. Minutes in, the arthouse flick gives us a glimpse of its themes; and right off the bat, a Pandora’s Box of genres explodes.

In the first few scenes, we gather that married immigrant couple Evelyn Wang (Michelle Yeoh) and Waymond Wang (Ke Huy Quan) are facing the worst villains of their lives: a tax audit, an impending divorce, and an adolescent daughter (Joy, played by Stephanie Hsu) who is adamant about introducing her girlfriend to her Gong Gong (her grandfather, played by James Hong). In the middle of it all, Evelyn learns that she is responsible for saving the world — the multiverse, rather — against a villain that another version of her, from a parallel universe, created. 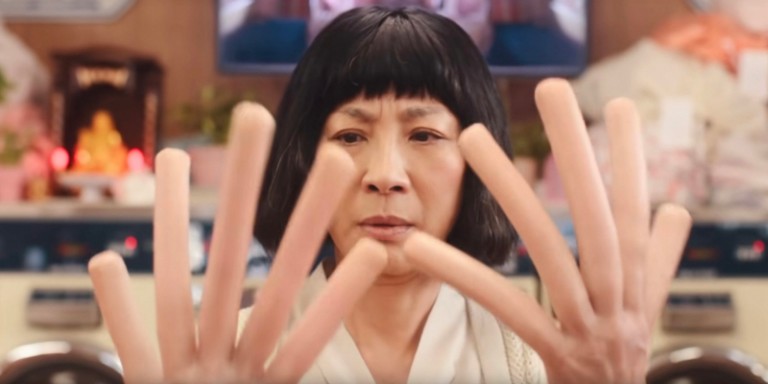 The simplified plot alone is tricky to grasp. Still, film writers and directors Dan Kwan and Daniel Scheinert (a duo known as “Daniels”) do a magnificent job executing this offbeat storyline. They separate the movie into three parts: Everything, Everywhere, and finally, All at Once.

What to expect from the film (no spoilers, kinda)

Under Everything, viewers witness the overwhelming life of Evelyn, where the nothing in “Nothing can possibly be more important than this” is practically everything in her life, happening simultaneously. But Everywhere treats us to more mind-blowing (literally) events, where Evelyn discovers that her mind can transport her into parallel universes in which she gets access to the top skills of her variants, including lethal pinky strikes, master chef knifery, and dominatrix arts. Through these skills, she attempts to save the multiverse, trying to keep her own universe from falling apart. Finally, All at Once presents how all of this ties together — it brings us back to Evelyn’s home universe, where she again tries to manage everything, everywhere, all at once. 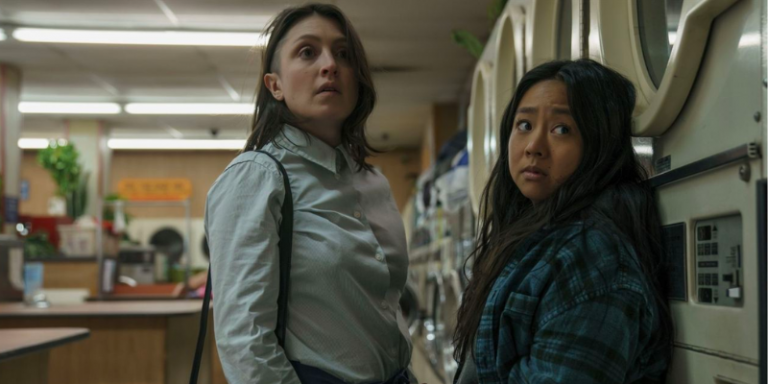 Its soundtrack, of course, is just the cherry on top of the overall brilliant production. In genius scriptwriting fashion, Kwan inserts the lyrics of Nine Days’ Absolutely (Story of A Girl) to describe how the disintegrating multiverse leads each reality to crumble: Your clothes never wear as well the next day / your hair never falls quite the same way. The 2000 hit song gets four parallel versions in the film, too, as it should.

Where to watch Everything Everywhere All at Once in the Philippines 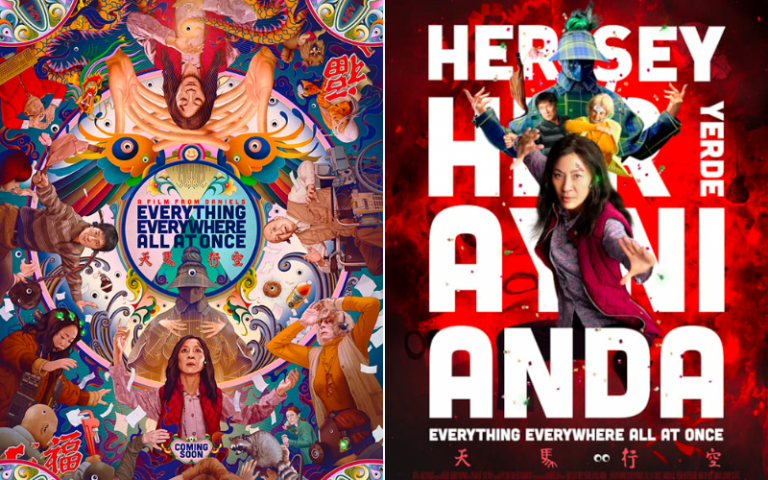 In early June, independent film production company TBA Studios announced that it had secured exclusive distribution rights of Everything Everywhere All at Once in the Philippines.

“Filipino movie audiences deserve to see this film on the big screen,” says Daphne O. Chiu, TBA Studios Executive Vice President and General Manager. “It teaches us to believe in ourselves, keep going despite adversities, and embrace everything everywhere all at once. We’re more than glad to bring this one-of-a-kind movie experience to the country and we look forward to everyone’s support as we continue to bring the best of global cinema to the Philippines and other territories.”

Also read: Sine Pop: All About This House-Turned-Boutique Cinema in Quezon City

Everything Everywhere All at Once will be available in the following cinemas in the Philippines starting on 29 Jun 2022.

All images credited to Everything Everywhere All at Once | IMDb