15 Exotic Visa Free Countries Filipinos Might Not Know About

Are you a Filipino who is itching to go somewhere exotic but discouraged by holding a third-world passport? Well, don’t worry because there are still quite a number of awesome spots around the globe that your Philippine passport can take you sans the hassle of processing a visa.

If you’ve been to these visa-free countries already, here are even more offbeat and lesser-known places around the world that you can go to without a tourist visa. You’ll be surprised at how breathtaking these destinations are! 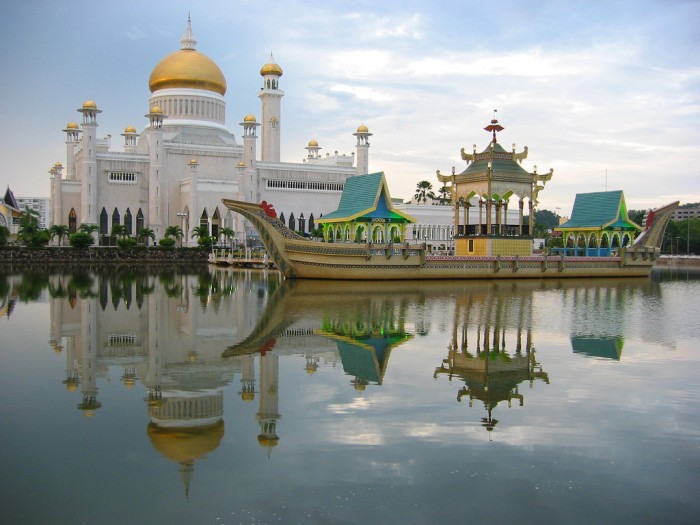 Many Asian travellers might not prefer coming over to Brunei due to its strong currency, but it is a preferred destination for those outside the ASEAN. Brunei is known for its adventure tourism, ecotourism and Islamic tourism.

What to do: Get to know the country’s history at the Brunei Museum, do water sports in Muara, Kuala Belait, Serasa and Lumut Beach, visit the Omar Ali Saifuddien Mosque

This small island in South Korea is mainly visited for its numerous beach resorts and beautiful volcanic landscapes. Aside from its quirky museums and theme parks, Filipinos also love visiting here because of its numerous K-drama locations. 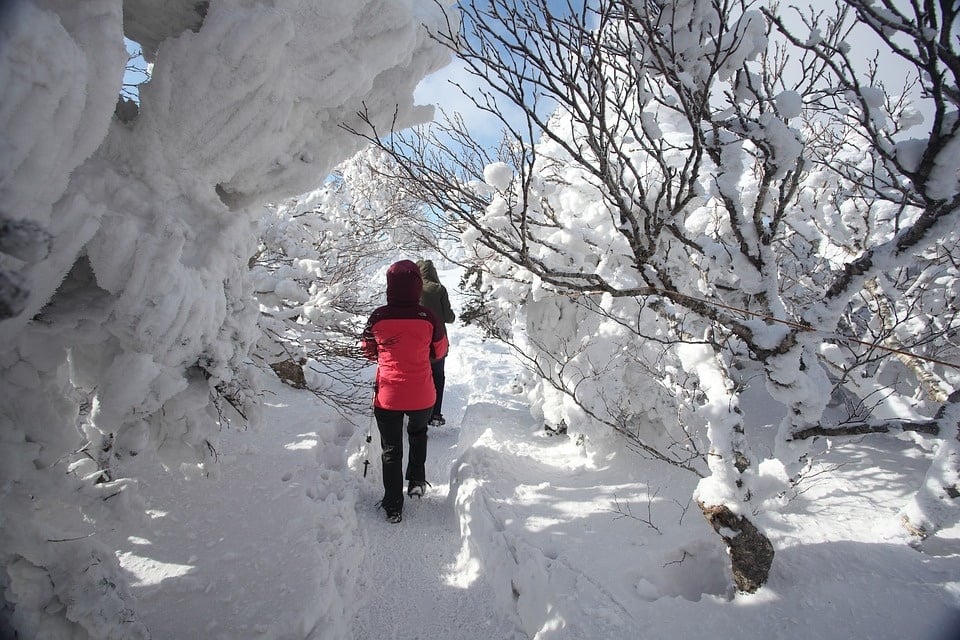 How to get there: Manila → Shanghai → Jeju City; Cebu → Busan/Hong Kong/Seoul → Jeju City

What to do: Visit quirky museums and offbeat theme parks, marvel at the natural landscapes and attractions, hop to Udo Island, check out several K-drama locations 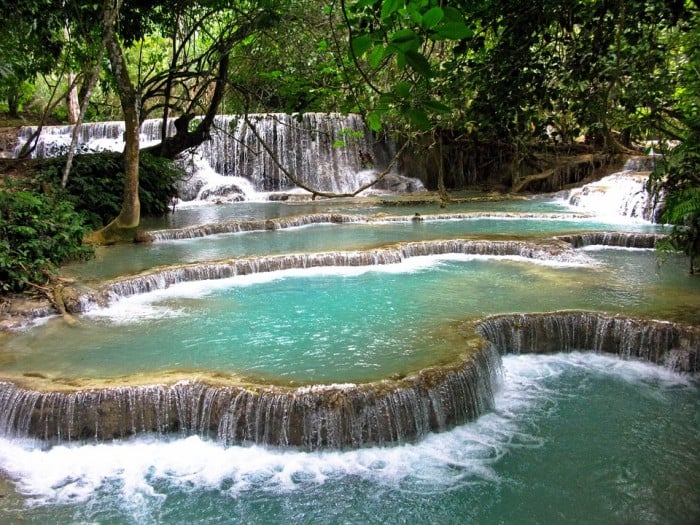 Laos is best known for its Buddhist culture, colonial architecture, gastronomic adventures and ancient temples. However, it is an often overlooked destination because of its more popular neighbouring countries such as Thailand and Vietnam.

How to get there: Manila → Kuala Lumpur → Vientiane

What to do: Visit temples such as Pha That Luang, Wat Si Saket and Wat Si Muang, take a dip at Kuang Si Falls, hop to Khong Island 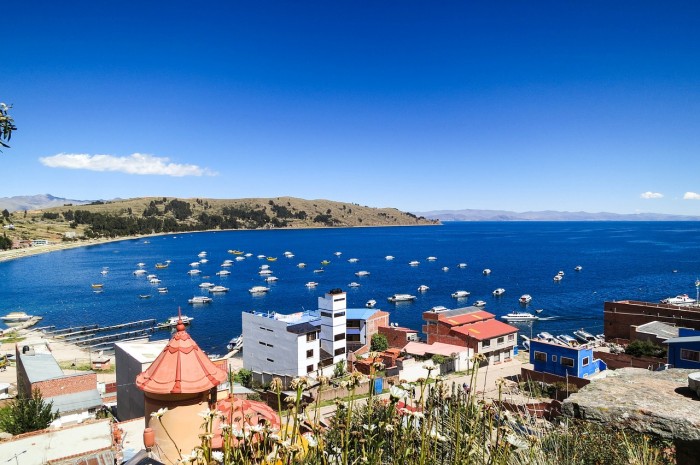 This landlocked country in South America is home to six UNESCO heritage sites, including the ruins of the city of Tiwanaku and the Amazon. Titicaca, the world’s highest navigable lake, and Chacaltaya, the highest ski slope in the world, can also be found here.

How to get there: Manila/Cebu → Incheon → Washington → La Paz

What to do: Cruise the Lake Titicaca, follow through Che Guevarra’s final footsteps, ride a mountain bike down the Death Road, take a cruise down the Bolivian Amazon, walk across the world’s largest salt flat, Salar de Uyuni 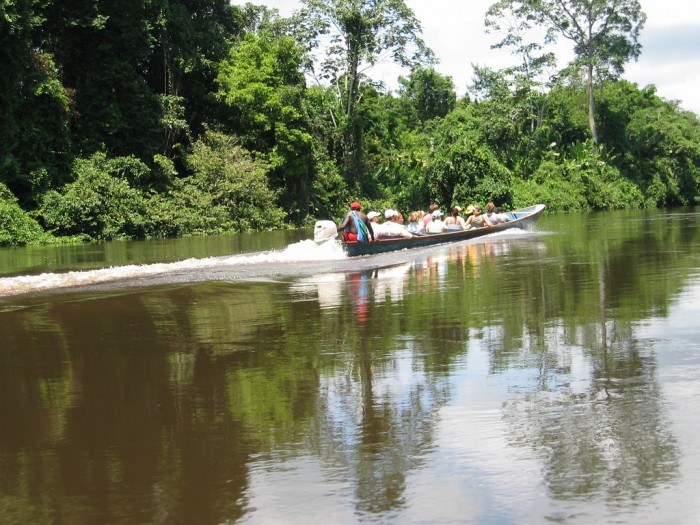 The smallest country in South America, Suriname is widely popular for its diverse flora and fauna, and beautiful natural and man-made landmarks. It is home to several waterfalls and the largest man-made lake in the world. Suriname is also one of the few countries with a synagogue located next to a mosque.

What to do: Swim in Colakreek, go on a five-day river boat trip in Kumalu, stroll around Independence Square, visit the Galibi Nature Reserve 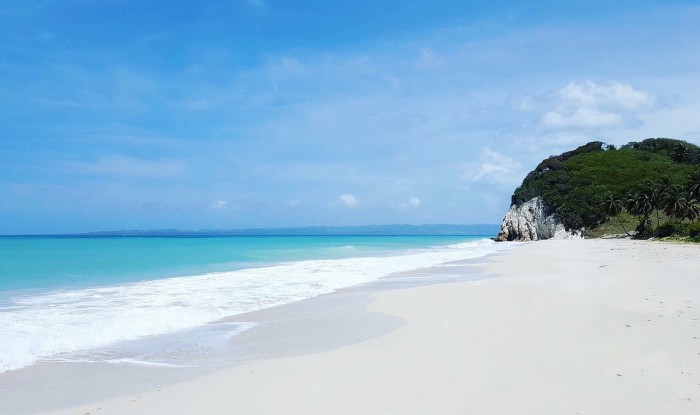 The second most populous country in the Caribbean has long been an attractive destination for tourists all over the world. Aside from its beautiful beaches, the UNESCO World Heritage Sites in the country are also top attractions.

What to do: Visit UNESCO heritage sites, go hiking in the national parks, admire the architecture around the island, enjoy the nightlife in Petionville

7. Saint Vincent and the Grenadines 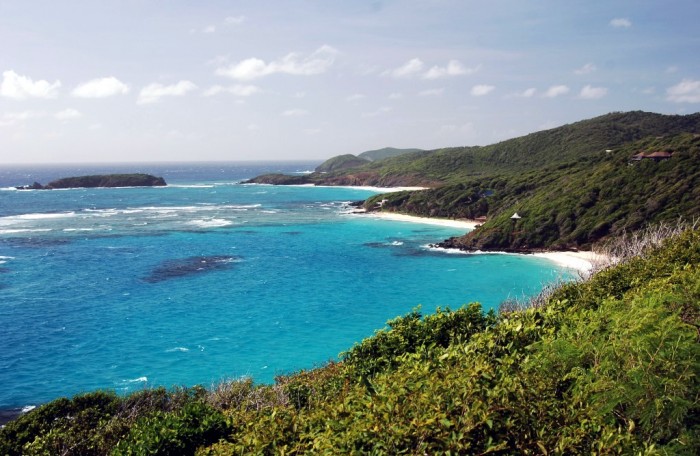 This island country became even more famous after the recent filming of the movie Pirates of the Caribbean. The island is best remembered for its white sand beaches, yacht-lined harbours, private isles and beautiful volcanic landscapes.

How to get there: Manila → New York → Piarco → Saint Vincent

What to do: Visit the oldest botanical gardens in the western hemisphere, head to the fishing villages, visit the port and market town of Kingstown, hike to Mount Parnassus on Union Island

Duration of stay: 30 days upon arrival, can be extended for a total of 90 days 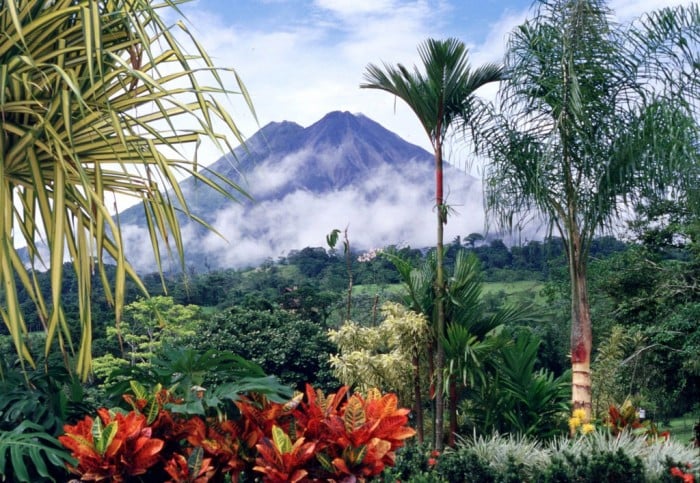 Costa Rica is the pioneer of ecotourism and many of its tourists are drawn because of its massive protected areas and national parks. The country has also become popular in the medical tourism industry due to its low costs and high-quality services.

How to get there: Manila → Amsterdam → Panama City → San Jose

What to do: Do a wide range of forest-based activities in Santa Elena, visit Monteverde Cloud Forest Reserve, watch the whales in Drake Bay, enjoy the empty beaches of the Osa Peninsula 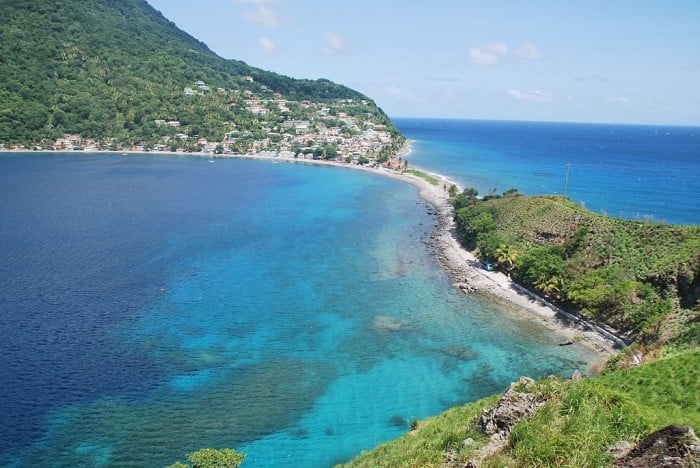 This mountainous island country is home to several natural hot springs and tropical rainforests. Among its most famous attractions is the second largest hot lake in the world, Boiling Lake which is known for its bubbling greyish-blue waters.

How to get there: Manila → London → Osbourn/Barbados →Melville Hall

What to do: Go on a jeep safari at Roseau, go scuba diving and snorkelling at Soufriere, visit the Boiling Lake at Morne Trois Pitons National Park, bathe at the Soufriere Sulphur Springs 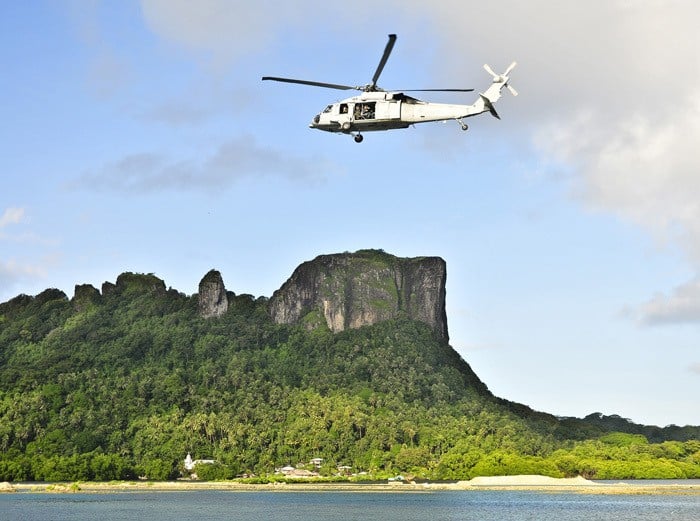 How to get there: Manila → Guam/Tokyo/Narita → Honolulu → Weno Island

Duration of stay: 90 days (must obtain an entry clearance from the Gambian Immigration prior to travel) This small West African country is visited by travellers from all over the world wanting to see its abundant wildlife. The Kiang West National Park and Bao Bolong Wetland Reserve is home to leopards, hyenas, monkeys, hippos and several species of rare birds.

How to get there: Manila → Addis Ababa/Abu Dhabi → Lagos State → Yundum

What to do: Visit the National Museum in Banjul, laze around the beaches of Gunjur and Kartong, explore the Abuko Nature Reserve and Kiang West National Park 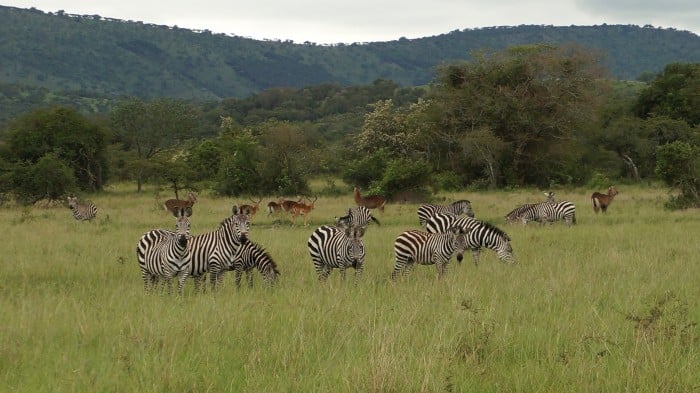 A landlocked country, Rwanda boasts of green and mountainous landscapes. It has several national parks including the Volcanoes National Park and the Nyungwe National Park. Aside from observing the wildlife, a visit to Rwanda is not complete without seeing their traditional dances, festivals and ceremonies.

How to get there: Manila → Addis Ababa → Kigali

What to do: Try gorilla trekking in Volcanoes National Park, say hello to monkeys and chimpanzees in the Nyungwe Forest

Also read: How to Travel Luxuriously in Africa for 11 Days Under SGD 2000 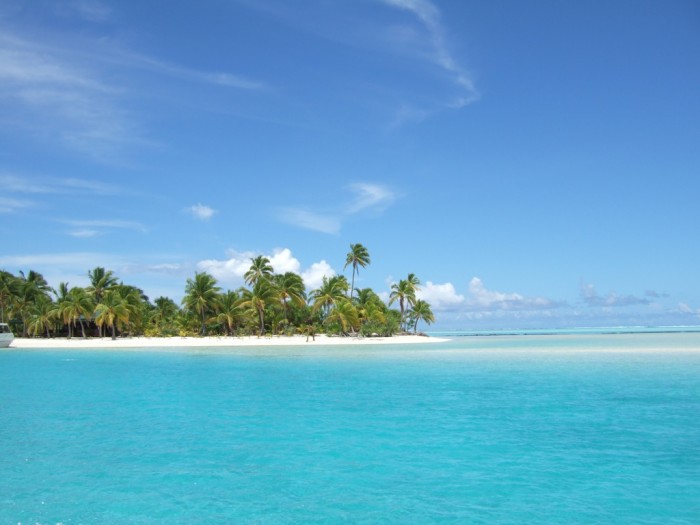 The Cook Islands, which is politically linked to New Zealand, is a group of 15 islands scattered around a vast area. The largest island, Rarotonga, is surrounded by a lagoon which later slopes into deep waters. The northern area of the island is unsuitable for swimming and watersports but the southern area is frequented by visitors.

What to do: Go whale watching, take a dip at Papua Waterfalls, go on a land or sea tour around the island 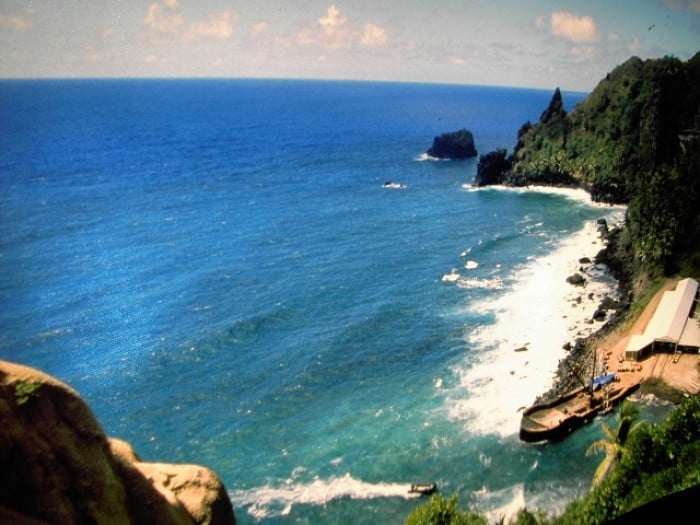 Located in the southern Pacific Ocean, Pitcairn Islands is among the most difficult places in the world to get to. The only way to get to the island is through an expedition-type cruise ship which sails ten times a year for three- to ten-day visits, staying with locals.

How to get there: Manila → Sydney → Auckland → Tahiti  →Mangareva; catch a charter vessel (Claymore II) every 3 months from Mangareva to Pitcairn

What to do: Visit the museum in Adamstown, trek to Highest Point, check out Down Rope at the southern edge of the island 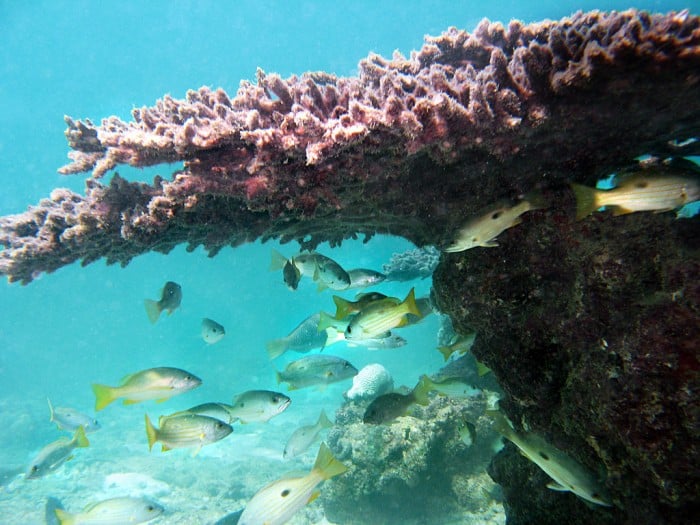 This resort island that is part of the Hormozgan Province of Iran boasts of several attractions despite its small size. Attractions include a Greek shipwreck, an ancient underground aqueduct and its long shorelines.

What to do: Go scuba diving and check out the vibrant and colourful marine life, visit the Underground City and the Koula F shipwreck

Also read: Stunning Islands in the Philippines You Can Rent All for Yourself

Did that list just excite you? What are you waiting for? Pack your bags, grab your passport and head on to these places now!

Do note that prior to making any travel, it’s always advisable to check the visa policy of your destination country since it might change from time to time. As of this writing, these 15 countries are still VISA FREE for Filipinos.

Previous ArticleMy Pico de Loro Ascent and What Every First Time Climber Should Know About
Next ArticleLuzon to Samar by Land: A Road Trip via Bicol Region
Comments (2)