Flight delays are horrible. I don’t know anyone who wouldn’t agree. Sadly, flight delays have become such a norm that most of us simply accept it when it happens. We shrug off a two-hour delay as “two hours lang naman” — mainly because we know that it could be worse.

Earlier this year, I experienced worse.

After my family and I spent a week in Thailand, we finally were bound for Manila. It was a weekday and I was working remotely, rushing to pack and prepare while tapping panickedly on my laptop. Our flight was at 2pm UTC+08:00. My parents decided to leave the hotel at 11am.

Spending a week in Thailand made me quite homesick. I missed sinigang so much. I missed my bedroom, too, because I wanted to fix it so bad with the KonMari method. We were all excited to get home on time. Take note — our ETA in Manila was 5pm.

As we arrived at the Bangkok Airport, we heard that our flight was delayed for half an hour. It wasn’t a big deal for us. At least we had vouchers for food. And I got to work comfortably in a coffee shop.

But when I finished working, another announcement came up. Our flight was moved to 7.30pm. In return, they gave us a burger. But, I’ve had enough burgers by this time. 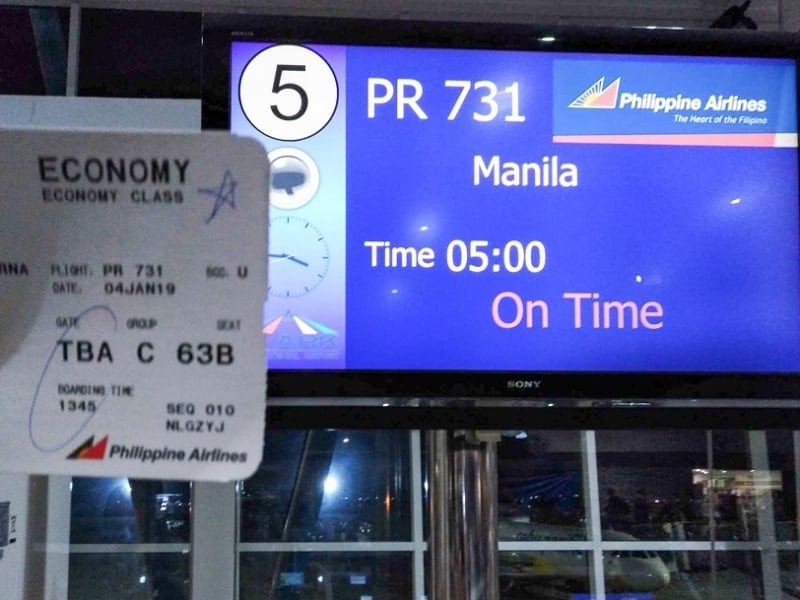 Eventually, our plane departed at 9pm. By the time we were about to land in Manila, the pilot made a horrifying announcement. Apparently, the NAIA runway was closed. We had to land in Clark. Upon landing, airport officials didn’t allow us to go out of the airport. We had to fly from Clark to Manila, which wasn’t until a couple more hours. People were losing their tempers. Babies, and a few adults, were throwing tantrums. Most of the passengers were in connecting flights, and all of them had already missed their plane.

To cut the long story short, instead of arriving at 5pm, we arrived at 6am. This exhausting experience prompted me to ask around about delayed flight experiences. Because let’s face it, it happens. And sometimes, there’s nothing else we can do but talk about it. So, here are other travellers doing just that. 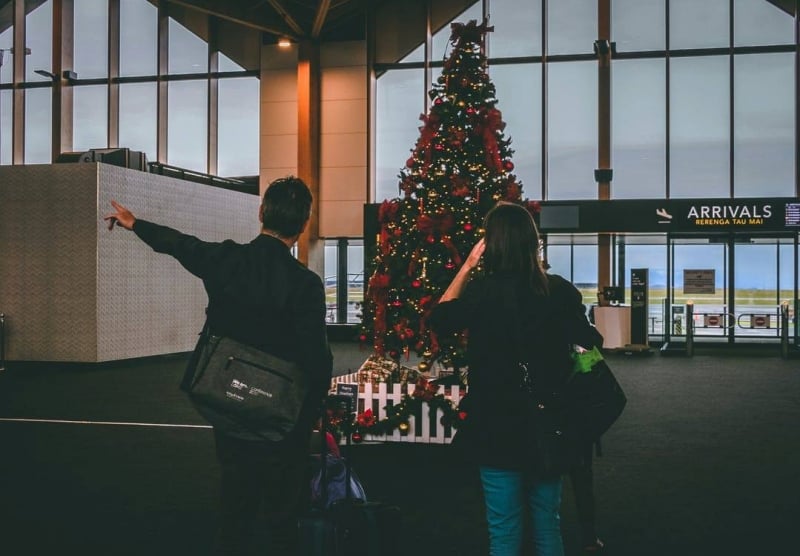 “One time, I was flying from Manila to Kalibo around December 2011 or 2012 para umuwi sa probinsya for Christmas.

We were actually already about to land, but bumalik yung plane sa Manila kasi hindi siya maka-land. It was a night flight, and then the next available flight that they could transfer us to was already in the afternoon or early evening for the next day. It was almost 24 hours na naghintay kami before we could fly again.

We were not provided accommodation or anything at all upon our return. Kaya walang compensation kasi hindi raw nila kasalanan kasi zero visibility raw yung Kalibo airport. But at least, we could leave our baggage naman with them. Still, I stayed in the airport till the morning kasi mahirap na umuwi ng disoras. Nakaupo lang ako sa isang corridor since it was so crowded then. Wapakels sila sa amin.

Not a night person 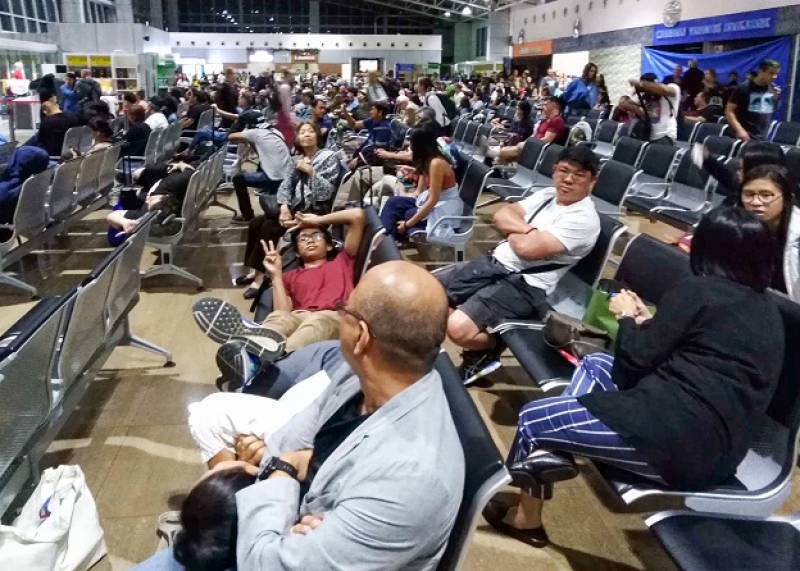 “I was flying back to the Philippines and it was midnight. Having checked in and gotten early to the departure gate, I tried to find a good corner where I can flatten my weary body. Just when I was about to doze off, an airport staff came announcing that we’re changing gates. We moved to different gates three times until our flight got delayed for two hours.

Talking of delayed flights, the domino effect is the worst we can get.

The first leg of our flight was delayed. Upon reaching our first port of disembarkation, we had to take the airport train to bring us to the other terminal. Then, the check-in or scanning machine line was so long that we had to ask some of the passengers if they can let us cut into the queue. Others graciously allowed us to. Thank God that we made it just in time for the last call for boarding.” – Marlyn 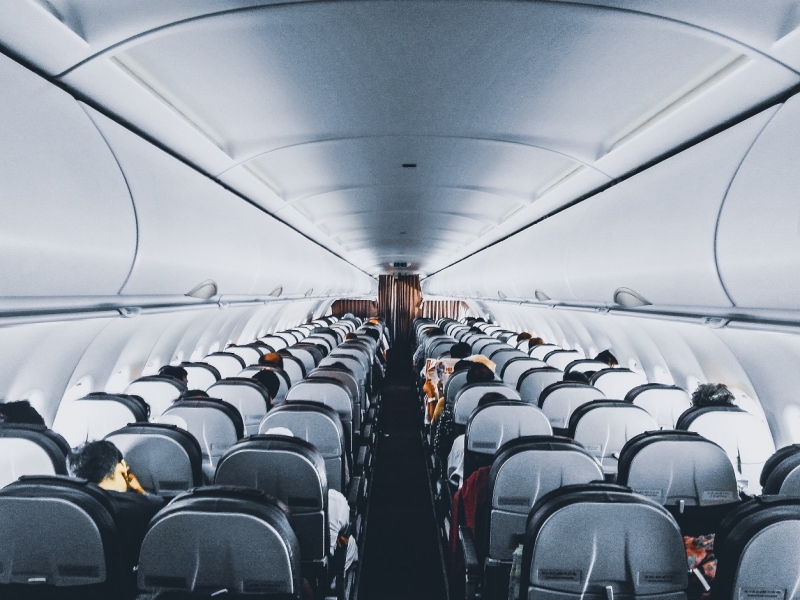 Running around in circles

“When my wife and I were bound for the US, our connecting flight was delayed by an hour. When we arrived, we still had to line up for security. The US airport police demanded that we had to line up all the way, even when we had another flight to catch. I lost my temper and started shouting. I explained to the people in the lines that we couldn’t afford to wait in line, so they let us cut in front of them. After going through security, we ran to our gate in the other airport terminal. It was only when we got there that we were informed that our gate was moved to yet another airport terminal. So, we had to run back to the terminal we originally came from. It was such a tiring flight.” – Cris 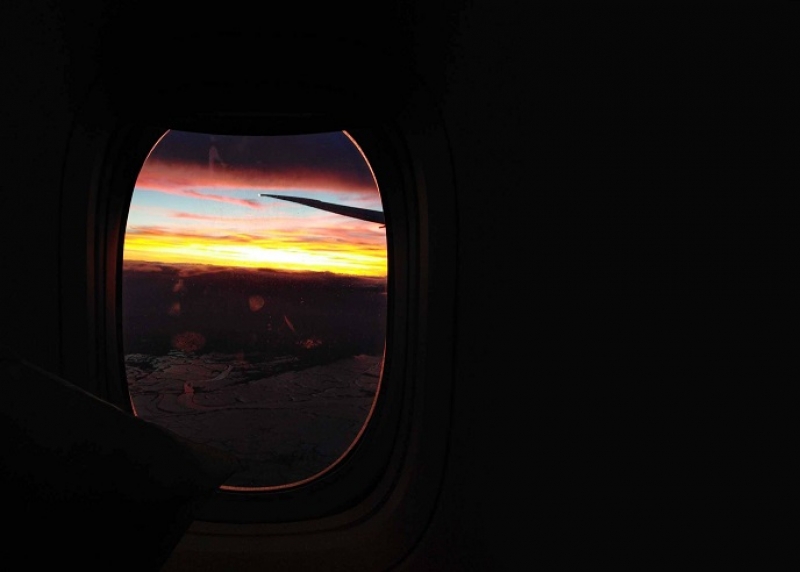 Indeed, flight delays are horrible and I wouldn’t wish it upon my worst enemies. Yet, there are times that they can turn into blessings in disguise. I, for one, had time to finish reading some books while devouring my free burgers. Trust me — even this cloud has a silver lining. Sometimes, all we have to do is look outside the plane’s window (that is, when our plane finally arrives).