Lake Mapanuepe: What to Know About the ‘New Zealand of Zambales’

The New Zealand of Zambales could be your next weekend getaway from Manila.

Spend your weekend in Lake Mapanuepe, the “New Zealand of Zambales”

Since opening in February 2022, weekends at Lake Mapanuepe have never been the same. Several campers have visited the lake for its captivating view. Social media users have dubbed it “the New Zealand of Zambales” because of its lush landscape. So how do you get to New Zeal— I mean, Lake Mapanuepe?

No boarding on planes and immigration lines here. The picturesque Lake Mapanuepe is a three-and-a-half-hour drive from Manila through NLEX–SCTEX. But before making the drive, you may have to coordinate with the Zambales Provincial Tourism Office. This is because driving apps like Waze or Google Maps can’t detect the land route to the lakeside campsite. Campers are also advised to drive with 4x4s or off-road vehicles for easier traversal.

Alternatively, campers can make the drive to Barangay Aglao in San Marcelino, Zambales. They can board at bancas docked Mapanuepe Lake View Deck for ₱500 per five people along with an environmental fee of ₱30. Banca rides usually take about 10 minutes to the famous campsite.

Also read: How to Safely Travel Within Zambales (Plus Other Luzon Destinations) Via Bus in the New Normal

How did Lake Mapanuepe come to be? 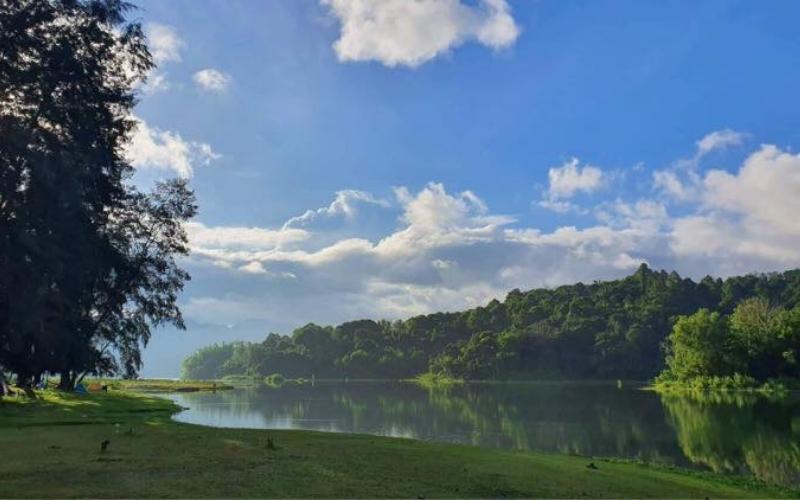 One of the land owners around the lake, Maria Dolores Rodriguez Fabunan, says that it was a pleasant surprise to see the land becoming popular. Fabunan is thankful that the land recovered from Mt. Pinatubo’s eruption in 1991. Since then, flourishing environs have formed around the vicinity of the lake.

The lake formed after lava flows from Mt. Pinatubo blocked major rivers from entering and exiting Mapanuepe Valley. As a result, freshwater flooded the valley along with the village between the valley. These floods are what we know as Lake Mapanuepe today. Visitors will usually see the steeple of a church protruding out of the lake as proof of the once-existing village.

The lakeside certainly looks like it’s somewhere in New Zealand. Large pine trees surface from the horizon once you embark on Lake Mapanuepe. As you sail closer to the campsite, you’ll be welcomed by carabaos and goats grazing on patches of grass. To top it all off, a gorgeous view of the mountains visibly sits across the lake. The mountain even reflects off the lake. With all this greenery, you’d be forgiven if you thought it was Middle Earth itself!

Immerse yourself in the “New Zealand of Zambales” 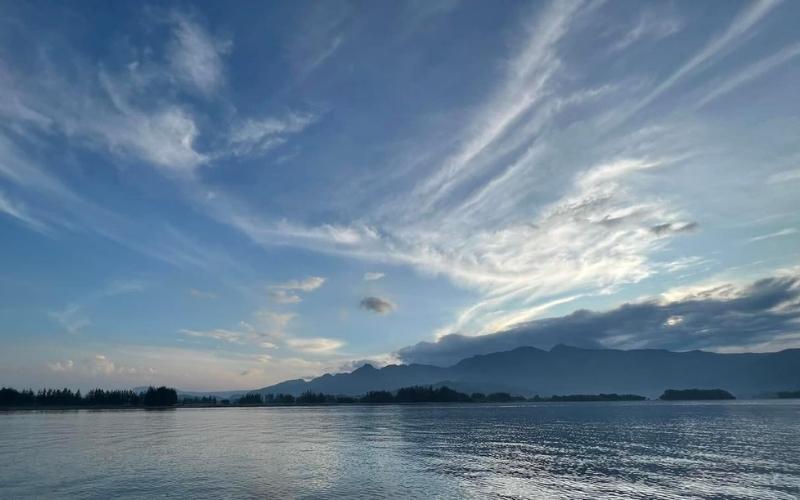 As beautiful as Lake Mapanuepe is, it is inadvisable to have its waters come in contact with your skin. Huge concentrations of mercury from an abandoned mine are said to contaminate the lake. However, campers can still take a bath from a freshwater stream nearby.

Apart from that, the lakeside is strikingly close to the idyllic New Zealand countryside. Its open fields are lush, making all the colours of nature pop out effortlessly. And, you are in for a real treat during the night, as countless stars appear before the night sky. Your Instagram feeds will be the undeniable talk of the town once you post your photos!

There are so many spots in the Philippines that can rival attractions from other countries. If you’re looking to “fly away” from the Philippines, why not check out Rizal’s Nami Province or the Philippines’ answer to their Japanese counterparts? Let us know on our Facebook page which of these you have already visited too!