A few months have passed since I wrote my last article. There, I shared my experience of being stuck in Argentina during the country’s initial lockdown due to the coronavirus scare. I initially thought that the cost of living in Argentina during the pandemic would be prohibitive. After all, it used to be one of the most expensive Latin American countries to travel to according to all the travel blogs I’ve read about it.

Nevertheless, after years of mismanagement and an ever-fluctuating currency, the country has fallen from its glory days, and the pandemic didn’t help either. 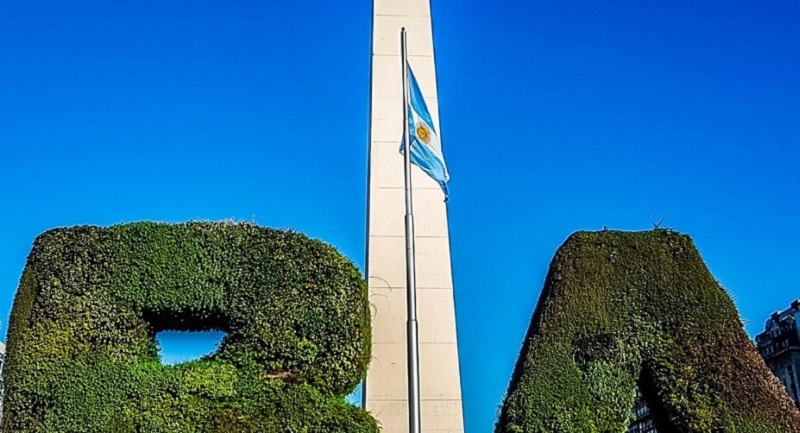 Well, I got inspired to write this post after talking to my mom about the cost of food. It goes like this, “Ma, you won’t believe it, here, one kilogram of cherries just costs ₱55php or U$1, and you can buy half a kilogram of salmon for just ₱120 or U$2.2. I then realised that it is more economical to live here than in Manila and other Latin American countries (if you earn $$$).”

What is Blue Dollar or Dolar Blue?

Among all the countries I’ve visited, never have I seen a country that has as many exchange rates as Argentina. If you check online, you will find at least six different forex rates for the Argentine peso. However, you need to check the Blue Dollar. So, what is it?

The Argentine peso’s black market rate (Blue Dollar) is the slightly higher rate that you can get for your US dollars on the streets. It is higher than the official exchange rate, which is the one you’ll get when you withdraw money from ATMs and banks in Argentina.

One way to get the Blue Dollar rate is to send your money via Western Union, which will quote the rate closest to it. Or, go to Microcentro or San Telmo and look for guys shouting “Cambio” on the streets and exchange with them.

Cost of living in Argentina during the pandemic (Buenos Aires)

Fast forward to 2021, I am still here in Buenos Aires. However, I plan to start my travels again since everything is starting to open up in Latin America. I only intended to be here for a month, but I needed to stay and hole up due to unforeseen events.

Honestly, it was a blessing in disguise; Blue Dollar rate doubled these past months and the inflation rate of items didn’t rise as fast as the exchange rate. It was only $80 or U$80 when I arrived last March. But at one point, it even reached $195 or U$195. And since I am earning in US dollars from one of my clients, everything became cheap and accessible to me.

To give you an idea of how it became affordable to live in Argentina this time, here is a list of some day-to-day necessities and a comparison of much they cost across different exchange rates. I will use the average price of $80 for the official rate and $160 for the Blue Dollar. The Blue Dollar price is what I am spending here. 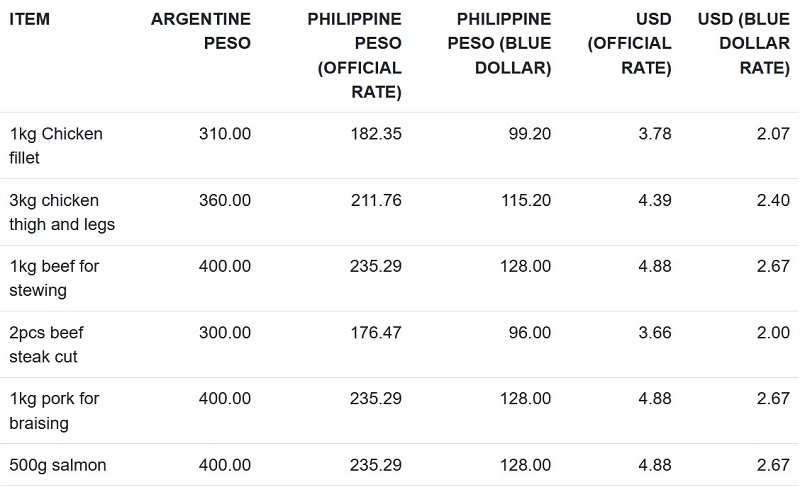 Cost of transportation in Argentina

If we will use the Blue Dollar comparison, then we can conclude that the cost of transportation in Argentina is very affordable. Argentina has an extensive bus system that connects many places within the country and also internationally.

In Buenos Aires, commuters will regularly use the subway and the intricate bus system, which are both efficient ways to get you to where you need to go. You can also hail a taxi easily. People widely use Uber and Cabify, too.

Here’s the average price of transportation cost within Buenos Aires.

Cost of accommodation in Argentina

What about the cost of living in other cities of Argentina?

The cost of living in other Argentine cities varies. I visited several places here, namely Mendoza, Cordoba, El Calafate, and El Chalten. Both El Calafate and El Chalten are in Patagonia, one of the country’s most expensive regions, so prices here are higher than in Buenos Aires by around 20%.

Meanwhile, both Mendoza and Cordoba are considerably cheaper cities to live in, around 20% to 30% cheaper than the Argentine capital of Buenos Aires.

For a more thorough breakdown of my expenses in those cities, you can go here (Mendoza and Cordoba) and here (El Calafate and El Chalten).

Also read: What to See and Do in Buenos Aires, Argentina

To sum it up, if you will be using the Blue Dollar, then the cost of living in Argentina during the pandemic in 2021 is so low that it is comparable to some of the cheaper countries I’ve visited, like Myanmar and India.

In the end, I saved up a significant amount of money for future travels and investments. I also helped my parents back home, who temporarily lost their jobs during this time.

Experts say that it will take a long time before Argentina can truly recover from this economic disaster. I feel sad for my Argentinean and Venezuelan friends who work here because their earnings equal to nothing.

As travellers, what we can do to help is to travel to Argentina once everything is back to normal and enjoy the unique places that this country has to offer. By doing so, we can help the local businesses recover and maybe help their economy get going. 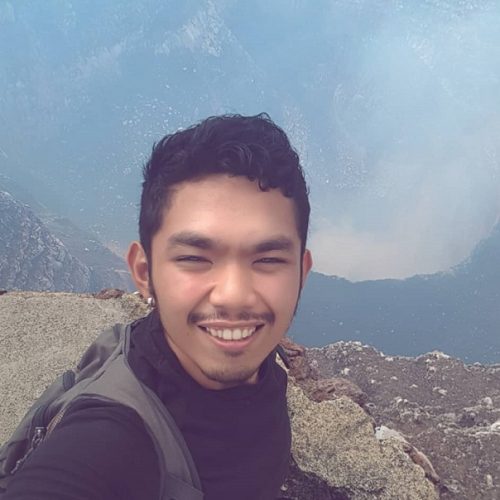