Africans Learn Filipino Culture From a Pinoy in Equatorial Guinea

All over the world, Filipinos are known for their hospitality, not just towards their fellow kababayans, but also to the locals of anyplace they consider their second home. Such is the case of a Pinoy in Equatorial Guinea, who’s been known to hold outreach activities for the benefit of less fortunate residents in the Central African country.

In his YouTube channel, Rowell Santos Francisco shows how he helps locals, officially referred to as Equatoguineans, who reside in impoverished communities. Specifically, he brings them food, treats them to days out around the vicinity, and organises all sorts of other activities for the young and old. Only, he does them with a Filipino twist.

Also read: A Guide for Filipinos Travelling to Africa for the First Time 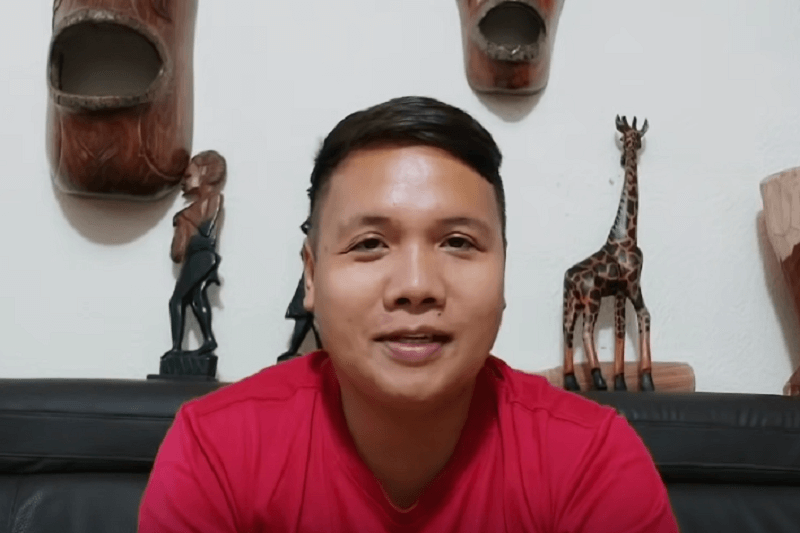 Francisco is one of a few Overseas Filipino Workers (OFWs) based in Equatorial Guinea. The country is popular for its wildlife encounters, picturesque beaches, and being the only one in the African continent with Spanish as an official language. In one of his video’s comments sections, he mentions working as a data entry personnel in a local company.

In his visits and meetings with the above-mentioned communities, Francisco introduces the residents to Filipino culture by cooking them Filipino dishes, playing Filipino games, and even teaching Filipino words. Along with other Filipinos in Equatorial Guinea who he stays with, Francisco also provides them with goods, including secondhand clothing and accessories. 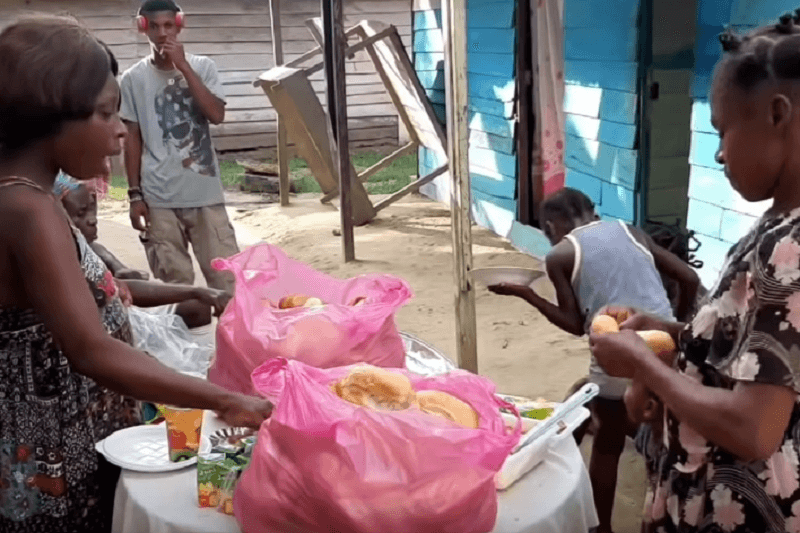 One of Francisco’s most viewed videos shows him making a Pinoy-style spaghetti, fried chicken, and bread meal for families who can’t afford to eat multiple times a day. The video has so far received thousands of comments, mostly from Filipinos saying how the gesture inspired and moved them. “Seeing their smiles and happiness is priceless,” one netizen typed.

Also read: Pinoys Share How Strangers Helped Them on Their Travels

Bringing Pinoy culture closer to this side of Africa 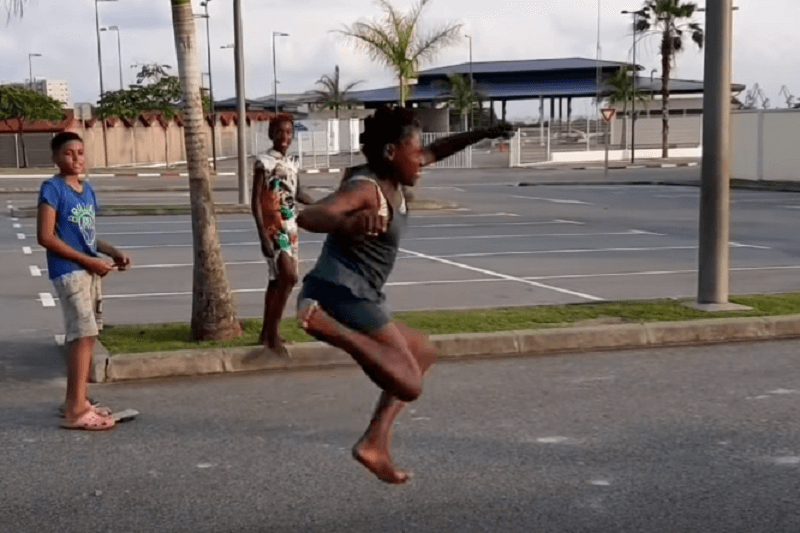 In his spare time, the OFW prepares Filipino meals for the communities, as well as his fellow expats in Equatorial Guinea. Among them are nilupak, carioca, palitaw, champorado, bagoong at mangga, cassava suman, pinakbet, sinigang na baboy, Bicol express, igado, and even the more Chinese-inspired chicken lauriat a la Chowking.

Francisco once shared some of these meals with the locals during his birthday celebration in 2021, where he invited them to his home. As a way to show Filipinos’ openness when it comes to experiencing other cultures, he has also been learning, if not enjoying Equatoguinean dishes made by his local friends. Of course, it wouldn’t be Filipino culture without recreation. For this, Francisco has also introduced nostalgic Filipino games and party activities to local children. Among them are Chinese garter, luksong baka, luksong lubid, harang taga or patintero, and random singing sessions, which might as well fall under the category given how most of us love doing it on any occasion.

It’s truly amazing how Filipinos can touch others’ lives from abroad in the simplest ways. To follow Francisco’s outreach efforts in Africa, watch his videos here.

Previous ArticlePromate Philippines: The Best Electronic Gadgets to Invest In
Next ArticleKim Seon-Ho Is Currently in Talks to Star in His First Film