How I Spent 4 Days in New York City: Itinerary and Tips

Last August, I stopped by in New York City (NYC) for a few days during a family trip to America. The main reason we travelled to the United States was to drop my sister off at her dorm to attend university in Connecticut. But we knew the trip wouldn’t have been worthwhile if we didn’t head to NYC right after. NYC is only a three to four-hour bus ride from Connecticut. You could take a train or plane from Connecticut to New York, but if you don’t mind riding a bus for longer hours, it’s a cheaper alternative.

I know that four days in NYC isn’t a lot, but I didn’t mind since this was my third time in the Big Apple already, so I just made it a point to visit the locations and attractions I hadn’t been able to before. Here’s what I did with four days in NYC. We took the Greyhound bus from New Haven to NYC and arrived early in the afternoon. We used the rest of the day to walk around Times Square before dinner. Our hotel was only a stone’s throw away from Times Square, so it was very easy to get there on foot.

Our second day was dedicated to museums! I was never able to explore the museums in NYC on my previous trips there, so I didn’t want to let the third opportunity pass. I had yearned to see Vincent Van Gogh’s The Starry Night in the Museum of Modern Art (MoMa), but of course, it was also a privilege to see Claude Monet’s Water Lilies and Jackson Pollock art collections. The American Museum of Natural History (AMNH), one of the largest museums in the world that features scientific discoveries, reminded me of my childhood when I would watch Jurassic Park on our VHS (for the zillennials out there, Video Home System is the machine that plays cassette tapes). Seeing all those prehistoric dinosaur relics and fossils made me want to watch the classic film all over again!

I fell in love with Vincent Van Gogh's story before I fell in love with his paintings. A brilliant painter such as him would have his share of battles. The first being his bipolarity and the second was his struggle to be recognized as a respectable painter. How could those of his time accept and understand him when he himself didn't know what made him so different? Mental health was an unspeakable subject. And when people looked at his paintings, they only saw insanity. But despite the judgements, the manic episodes and his own poverty, he kept painting. That's what he loved to do. Because painting is what made him Van Gogh. The great tragedy of his life is that he only sold one painting while he lived. He took his own life before European society would eventually name him as one of the greatest post impressionism painters of all time. He didn't live long enough to see his life's work finally appreciated and understood. When we went to MoMa, my main priority was to see The Starry Night. It was no surprise that once the escalators opened, most went straight to the 5th floor to see Van Gogh's most famous painting. Seeing The Starry Night in person was definitely a dream fulfilled. Looking at the vibrant colors and the bold strokes up close wasn't only a reminder of Van Gogh's unique imagination but also the emotional turmoil that the unfulfilled and unstable painter was going through at that time. This was the most crowded room where people stayed the longest before they moved on to other paintings. Those who look at Van Gogh's paintings now don't see the hopeless insanity that he and his paintings were once known for. They see resilience, vision, creativity, courage, and his emotional struggle to be accepted. Oh what I would give so that he could have experienced the fruits of his labor. I think then, it's only fitting to end this surprisingly long post with this verse from Starry Starry Night — "But I could have told you Vincent, this world was never meant for one as beautiful as you." 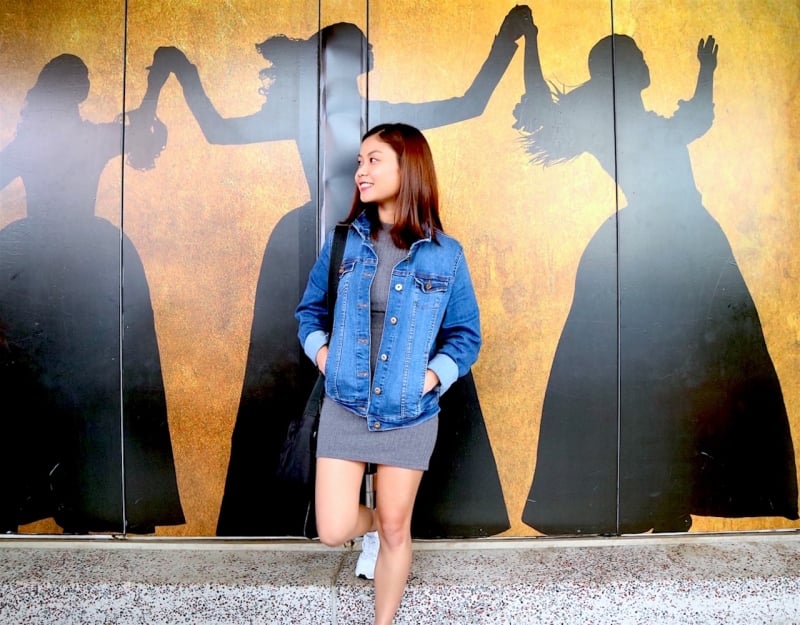 When in NYC, watch a Broadway play. In fact, watch the best Broadway play in existence today. Alright, I may sound biased, but Hamilton is the best musicale created ever since Les Miserables. You’ll understand me once you listen to the whole soundtrack. It’s such a craze that seats get sold out several months to a year early. We bought our tickets approximately four months prior to our trip. Fortunately or unfortunately, we were still able to bag some tickets, but had no choice but to purchase the few available seats left which were in orchestra. Ergo, they were indeed expensive.

But what else does a girl have to visit in the city that never sleeps? Ah yes, Sephora. I wasn’t able to take photos in Sephora though. I was too preoccupied checking out all the makeup brands! 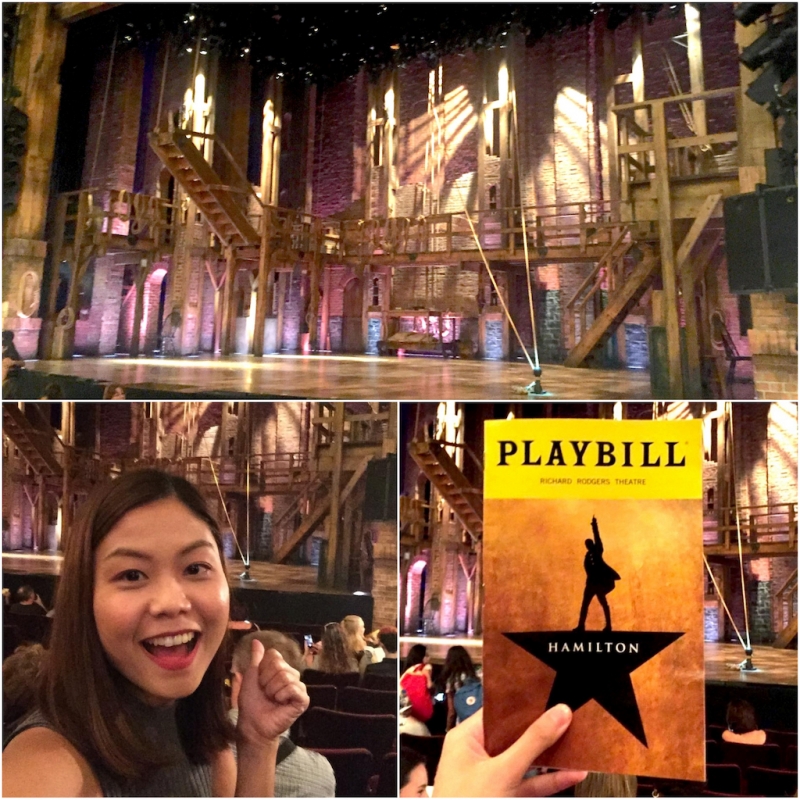 Tip: Book Broadway tickets months ahead, and preferably a year ahead if you’re watching a relatively new musical like Hamilton, Anastasia, and Frozen, so that you won’t run out of cheaper yet good seats. 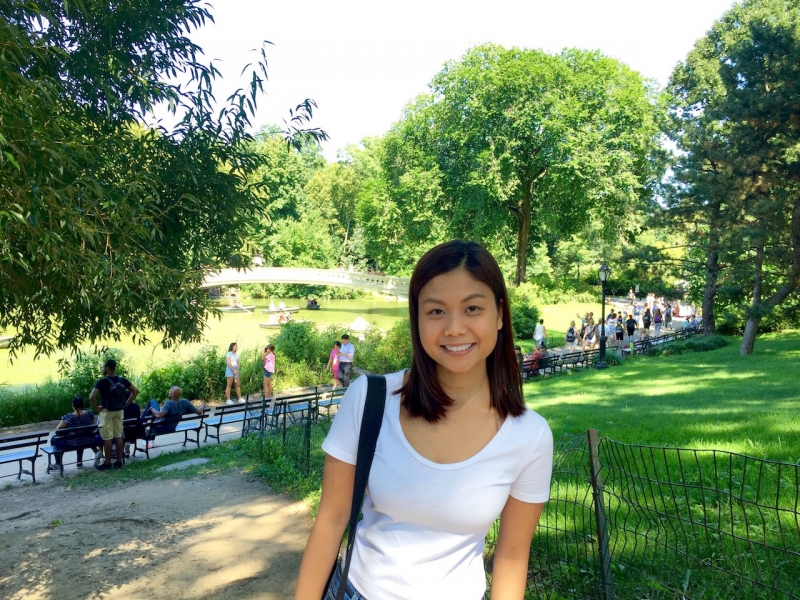 We flew out on the fourth day, but we still had time to stroll around since our flight was late at night. We didn’t follow a schedule because we had free time for the rest of the day. We went back to Sephora for the last time, ate in the Rock Center Cafe again, then took a pedicab tour in Central Park in the afternoon. 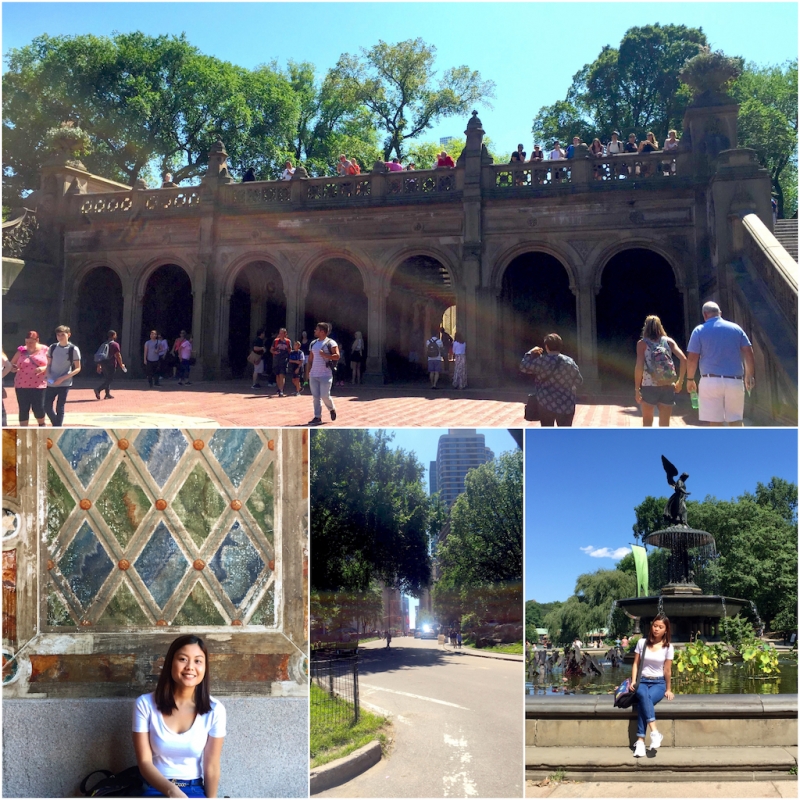 I’ve been to NYC three times now but you can never run out of things to do. From the long list of Broadway plays, the panoramic view from the Empire State Building at different times of the day, the wax figures in Madame Tussauds, the various stores in Times Square, all the Central Park tours, to the hop-on-hop-off buses among other notable attractions, you would understand why people call this the City that Never Sleeps.

Also read: What to Expect When Travelling to New York: Expectations vs Reality

To add a bit of realism though, NYC is a busy city. It’s a fast-paced city. And it’s a crowded city. Not all tourists would be keen on such a destination. But in all honesty, the towering buildings and bright city lights are enough for you to have fond memories of NYC until the time you come back. As Alicia Keys sings in Empire State of Mind, “Concrete jungle where dreams are made of. There’s nothin’ you can’t do.”

Previous ArticleWhere Filipinos Apply for Schengen Visa: Embassies That Approve & Reject the Most
Next ArticleHow My Boyfriend & I Travelled 4 Days in El Nido for ₱6,000