Ahh, this quarantine has gotten me reminiscing about the good old days over and over again. I flip through my old photo albums and see myself five, six, 10,12 years old — always smiling, with a nostalgic bag of chips. Tell me: Is there anything more sentimental than Filipino childhood snacks?

Last week, our team found ourselves discussing Pinoy merienda. The discussion eventually unfolded into an exciting gabfest of our Filipino childhood snacks, until finally, we decided to honour these snacks with an official list. So, here it is! Why don’t you take a trip down memory lane with me?

Also read: 7 Field Trip Destinations in the Philippines to Revisit 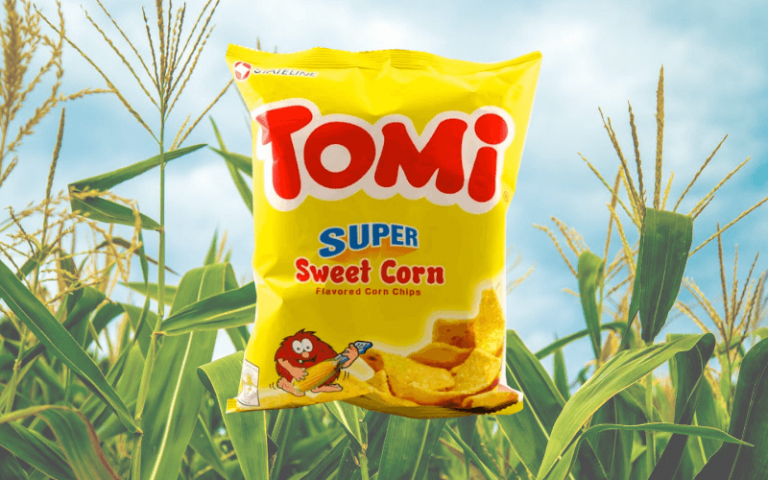 Think Filipino childhood snacks and one of the first chips you’ll name would be Tomi, the sweet corn chips that have stood the test of time. Almost every Pinoy has tasted, and inevitably fallen in love, with this snack. And because a bag of Tomi is ridiculously small, everyone must have experienced begging for more.

While Americans obsess over salty starch, Pinoys adore corn-flavoured everything. We see these in the repetitive production of corn chips over the years. This said, the Regal Sweet Corn has got to be the quintessential Filipino childhood snack. Its rounded chips, certainly inspired by the shape of kernels, were well-loved by many, many kids. 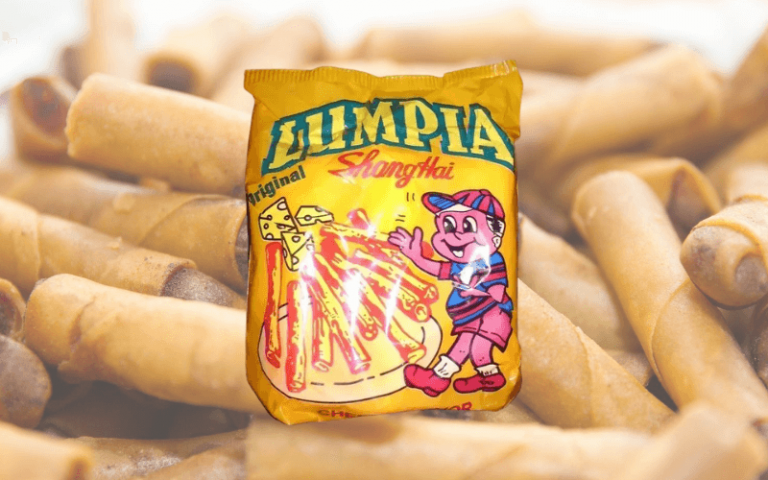 It’s no secret that Pinoys love lumpia. In the Philippines, there are countless varieties of this snack — from lumpiang shanghai to lumpiang hubad. Unsurprisingly, this crowd favourite also shows itself in our list of Filipino childhood snacks. Do you remember that one pack of Lumpia Shanghai that had three tubular chips? They’d melt in our mouths, eventually staining our teeth a vibrant and fun orange!

The last time I bought Tattoos three years ago, the snack came in a larger bag worth ₱10; nevertheless, it was still the most sulit bag of chips at every sari-sari store. Way back, when it was still packaged in palm-sized plastic, Tattoos only cost ₱1. It was then unfortunately overshadowed by its piso peers, but I’m happy that the brand has lasted until now — impressively, its crispy and salty taste has been consistent through the years, too! 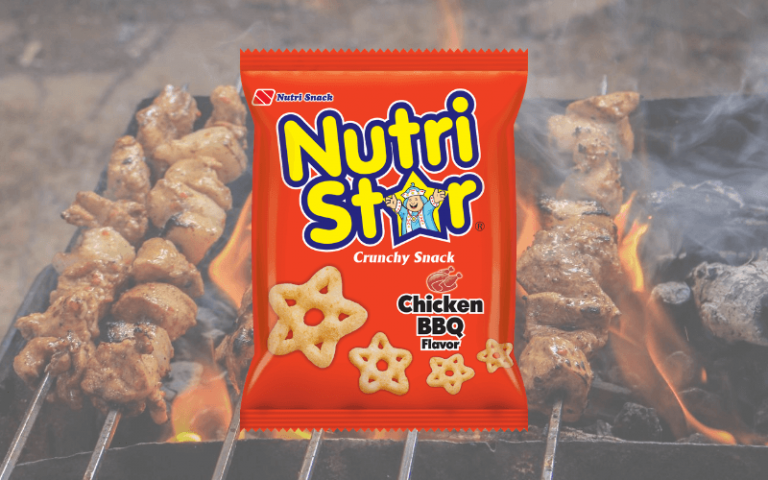 Most Pinoys would argue that NutriStar is the most filling of all our favourite Filipino childhood snacks worth ₱1. Don’t underestimate the size of its packaging — somehow, there are more barbecue-flavoured chips than you’d expect. In other words, walang hangin! #SanaAll 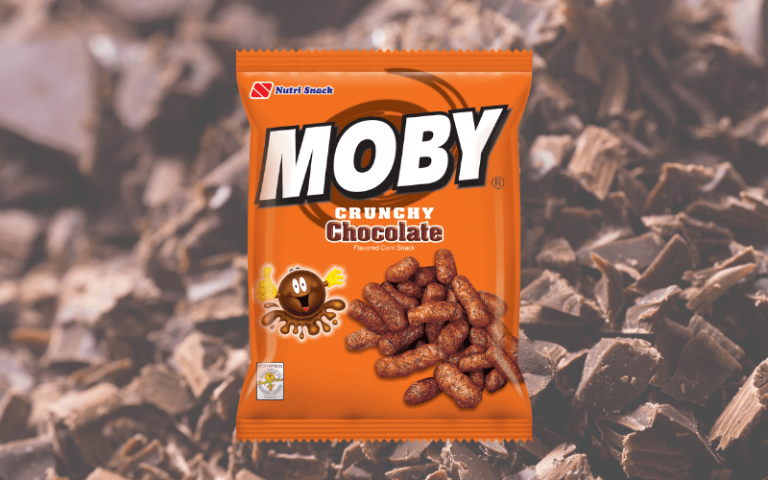 For the sweet-toothed kids out there, Moby was definitely a fave. With its chips melting in our mouths, this snack was a known enemy to our parents. We’d come home with chocolate-stained cheeks and shirts, hyper, and indisposed to nap. Good times, good times. 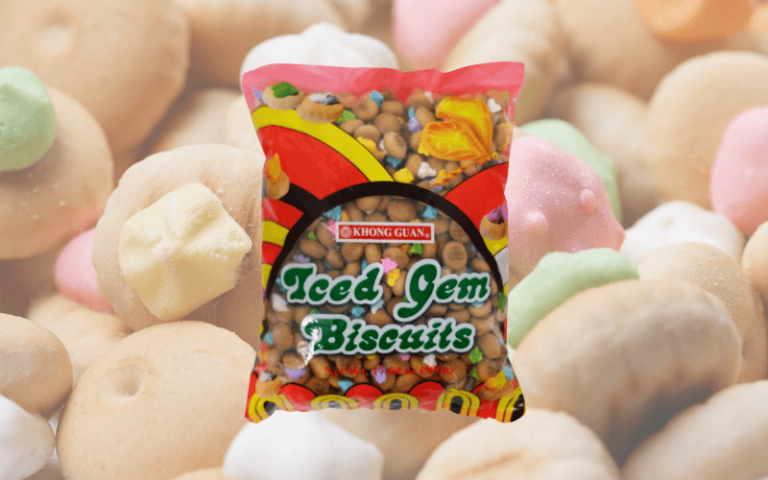 Who else ate Iced Gems icing first, then the biscuit? These fun shortbread snacks, topped with saccharine meringue of all colours, were surely a part of every ’90s kid’s childhood. 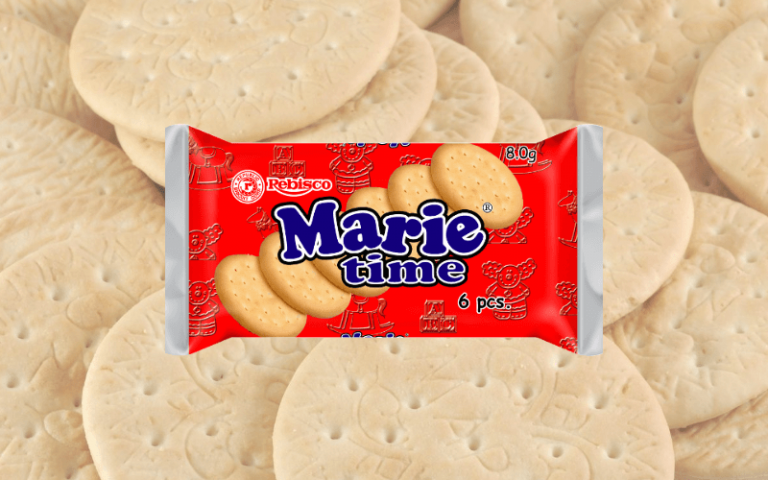 As soon as babies grew teeth, they’d start munching on these whole-grain snacks. While its health benefits for infants are questionable, its function as comfort food is unarguable. Every mother and her child adored Marie biscuits. No debate there.

Before stainless straws were a thing, every Pinoy kid would worsen our climate change problem with those blue or red straws from Mik-Mik. Not every child was a fan of drinking milk, but somehow, this powdered snack was cherished by most. Rarely would you see a kid buy just one pack of Mik-Mik. Everyone was obsessed; everyone had countless packs of this thing dangling from their hands.

Haw Flakes, although not originally from the Philippines, was part of the childhood days of many of us. We loved it for its chewiness and juiciness, but most especially for its disc-like appearance. Believe me: I was never a Catholic, but even I was not exempted from playing priest with this makeshift ostiya. 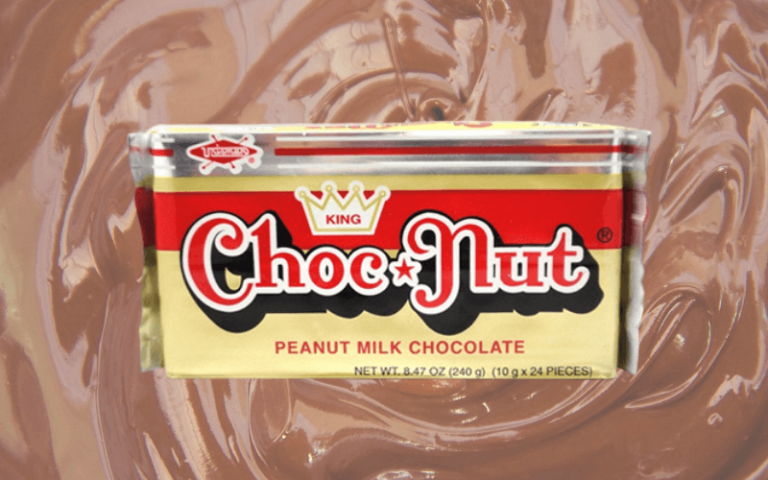 We’ve long crowned Choc Nut as the king of chocolate-peanut goodies. It rose to fame quite impressively; it still rings as a household name after all these years. To this day, I still hear many kids asking to buy “Choc Nut” from a sari-sari store, even if they’re evidently referring to other brands of choco-peanut candies. Seemingly, Choc Nut has evolved into the Xerox of photocopying machines. 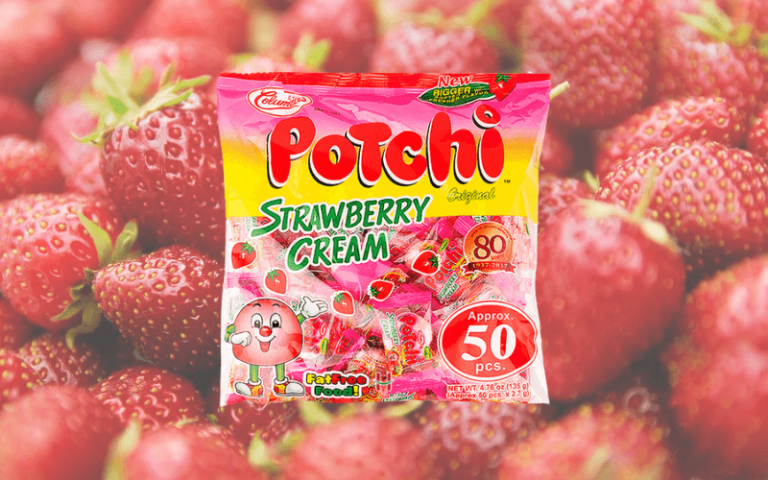 We had tiny bags of chips. We had biscuits and chocolates. And we also had gummy candies…. Or in the case of Potchi, “Gummi Kendi.” There was no competition — Potchi was the only soft and strawberry-flavoured candy that we knew. 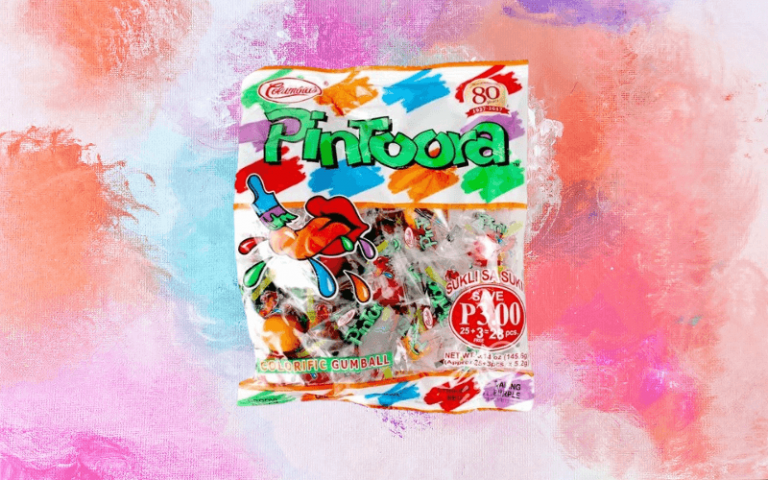 While our parents didn’t approve of us wearing makeup, we counted on a few Filipino childhood snacks to colour our lips. This became such a trend that a brand of gumballs called Pintoora suddenly emerged. Instantly, it won the hearts of plenty of children who grew euphoric with their blue tongues. 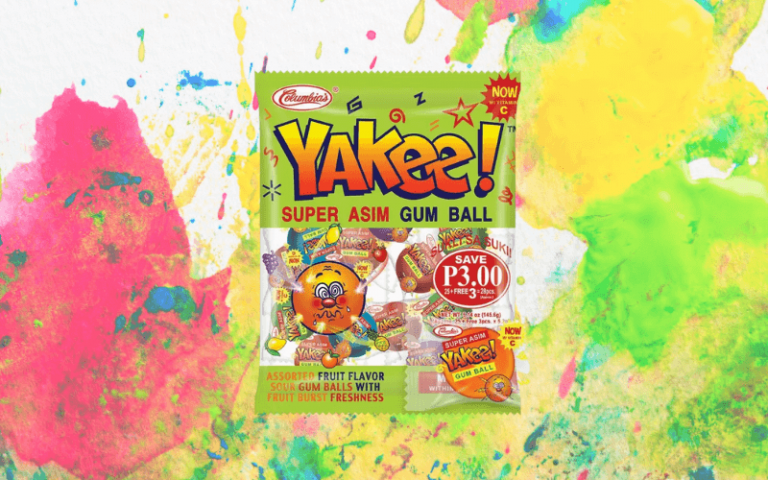 Along with Pintoora came Yakee. Where the former satisfied our makeup goals, the latter challenged our taste buds. It was our generation’s version of BeanBoozled: We would gather together and chew a gumball each; first one to make a sour face loses.

Bazooka Joe was famous for a very specific feature — comic strips! We followed the adventures of Bazooka Joe like an addicting Kdrama series. The juicy pink bubble gum was just a bonus!

When we were kids, we sure loved expressing ourselves through different forms of art. Among the most famous forms? Temporary tattoos we got for free along with the Super Tattoos chewing gum. We even traded tattoos with our friends! Oh, where have those days gone?

If we could only turn back time and revisit our simpler days as kids, we would! Those were the days, indeed. Tell us: What were your favourite Filipino childhood snacks?