There’s something funky in the air. It smells like someone had been grilling hotdogs on charcoal for days. But with a bunch of seniors playing croquet on a huge lawn, some children and folks feeding swans along the lake, no one seemed to mind. Rotorua is a geothermal playground known as the Sulphur City due to the hydrogen sulphide emissions from the ground. People come far and wide to visit geysers of steaming water and bathe themselves in pools of bubbling mud, believed to be gifts of nature and healing from the gods. 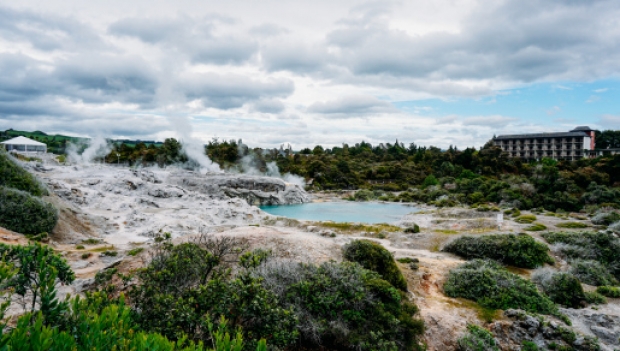 Learning about the Maori

Much more can be learned from the people who actually live here and have kept their family traditions alive for thousands of years. We visited the village of Whakarewarewa, which derives from the longest word in New Zealand that translates to “the gathering place of the army of Wahiao.” He’s the warrior chief who gathered an army to avenge the killing of his father, so those who live in this village are his descendants, including the tour guides. 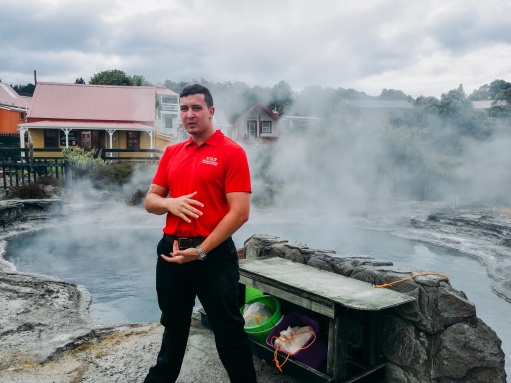 The Maori took advantage of the geothermal activity in their area, making use of the steam to slow-cook their meals. They leave bags of meat, potatoes, and vegetables in the hole on the ground, which they now call the Maori Microwave, for several minutes with a lid on. We had a plate of “hangi” for lunch and I can tell you, the food turned out amazing. The chicken falls off the bone, the beef was tender, the corn on the cob was sweet, and the veggies, fresh. The meal and all the other meals we had during the trip felt simple but healthy. 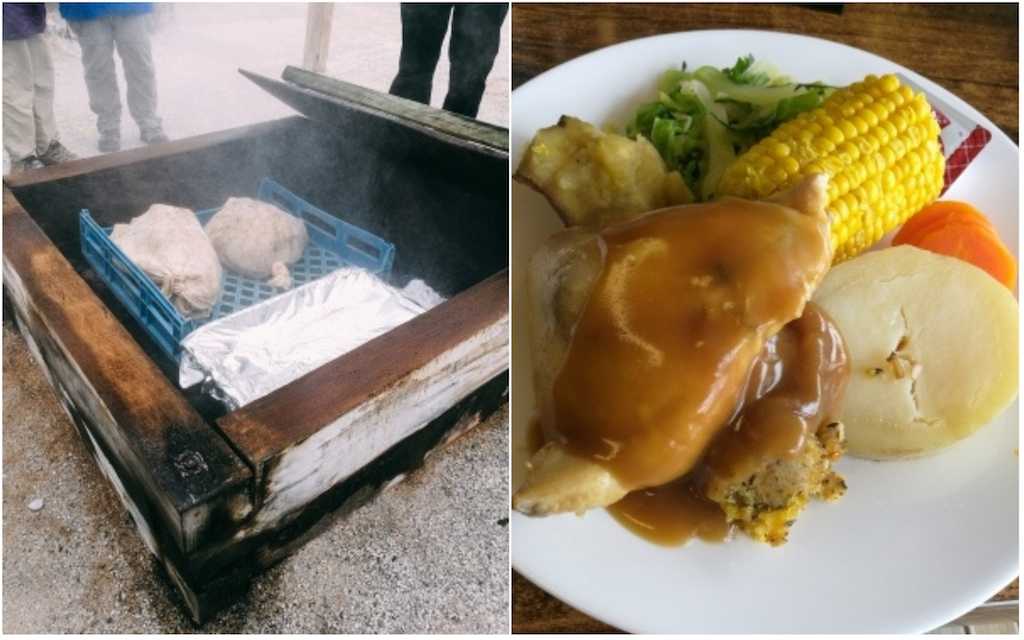 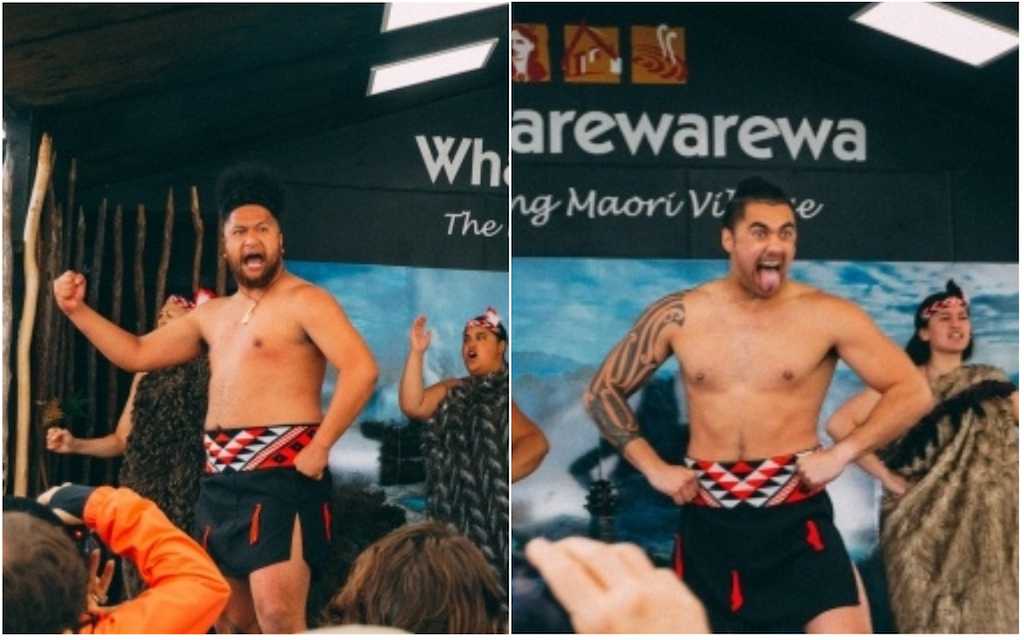 Besides that, the three-hour drive to Rotorua from Auckland consisted of acres and acres of green rolling hills with cows and sheep grazing the land, and barely any houses. Being in New Zealand meant being close to nature and to one’s own roots.

While in the village, we walked along a path lined with sculptures on either side. Most of them had their tongues out and faces tattooed. These symbolize their ancestors whom they consider as spirit guides, so if you stray off that path you could be faced with danger.

The road led us to an intimate performance space where the villagers performed the passionate haka dance. This was used back in the day to psych themselves up for war amongst tribes, and at present, for sporting games. The Maori liked to stick their tongues out and buldge their eyes to express aggression towards their enemy. Their chants and dances are so captivating in that they’re full of energy. We drove off with a deeper sense of appreciation of the Maori culture, something we had never learned about before going on this trip.

Fun on the farm “But wait, isn’t New Zealand the place with more sheep than people?”

Yup, it even used to be that the sheep to person ratio was 22:1, but the numbers have declined to 7:1. Historically, it’s because they were shipped in the country during the 1800’s when Australia was experiencing drought. At the Agrodome Farm, we rode a tractor-pulled cart to see reindeer, sheep with various coats, goats, and my favourite, the alpacas! 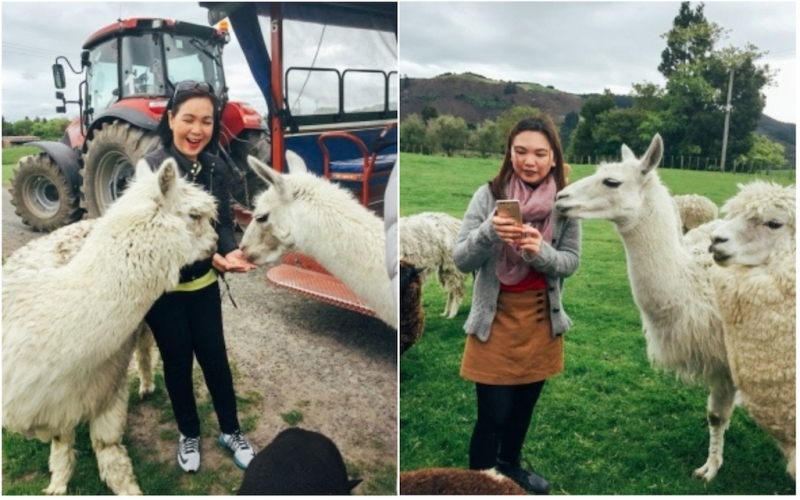 Another thing NZ is known for is that The Lord of The Rings was shot entirely in this country. In fact, upon arriving at the Auckland airport, you’ll be greeted by a tall dwarven statue and a sign that says “Gateway to Middle Earth”. So off we went to visit the Bilbo Baggins residence and the rolling hills of Hobbiton! To set the mood, the tour bus played snippets from the film so that when we arrived on set, our memories were refreshed on which scenes occurred where. Trivia: No two hobbit holes are the same. They’re scaled depending on the size of the character. For example, there are houses where Gandalf is not allowed to stand in front of. 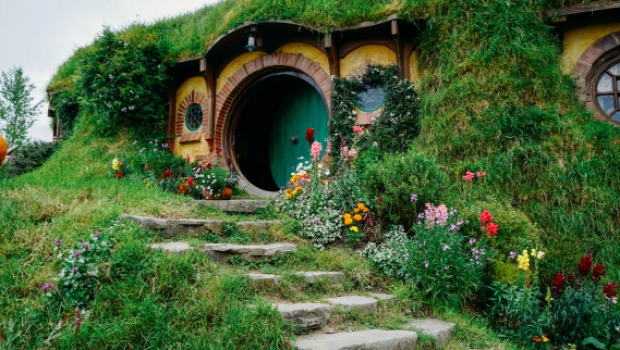 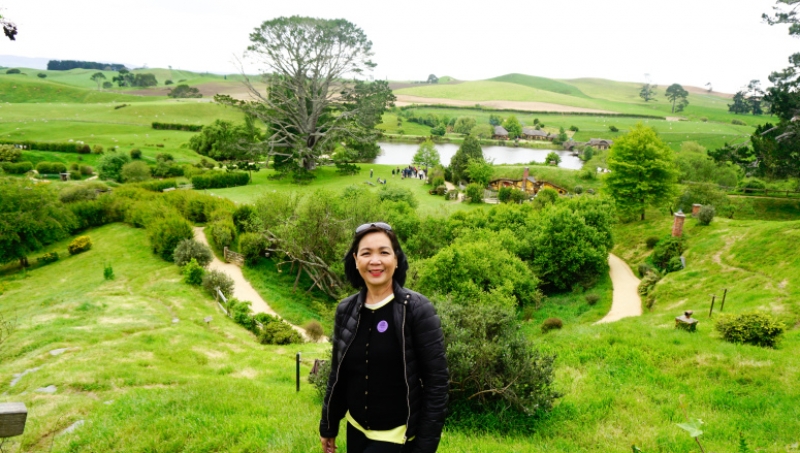 The tree behind mom is the one that started it all. During location hunt, they saw the tree from the helicopter and decided this had to be Hobbiton.

After treating us to fun film trivia, our guide took us to the Green Dragon Pub, where we enjoyed free beer! Not sure if this was the same recipe as the one in the movie where the alcohol content was just 1%, lest the hundreds of extras got drunk on set. But I did enjoy my glass of Dark Amber. Usually, after film production, all the props, sets and costumes are taken down, left to collect dust in storage houses or even thrown away. It was refreshing to see how well they’ve preserved Hobbiton and allowed fans to feel like they’ve been transported to Middle-Earth.

Being in New Zealand helped me gain a sense of peace — the kind you get from being constantly close to nature. Even the city of Auckland was built on rolling hills and maintained fresh air that magically made my cough disappear. The people are helpful enough to stop what they’re doing and give directions to lost travellers like my mom and I. We even met a Filipina doing volunteer work at the airport, who moved there 20 years ago and mused that she’s become a nicer person by the influence of kind Kiwis and the calming nature. 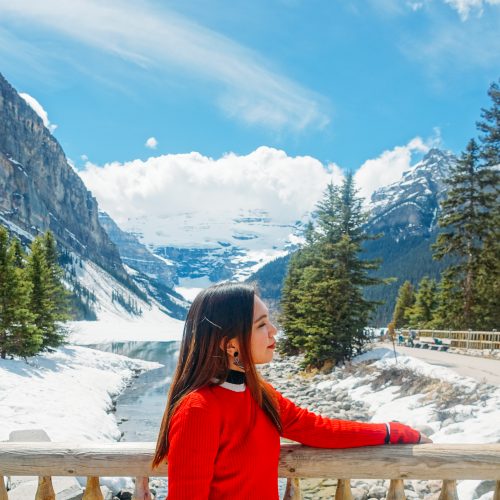 Steph has been jotting down journals of her adventures for as young as she could remember. Be it through film, photography or writing, she truly has a knack for storytelling. Her blog aims to transport the reader through the sights, smells, sounds and tastes of her travels. Follow her on Instagram @slycasiano.