5 Classic Southeast Asian Soup Dishes to Try in Your Lifetime

Southeast Asian cuisine is known for its rich and diverse flavours. Their dishes bring out deep and complex flavours using a variety of spices that excite and comfort the palate. True enough, certain foods can be salty, sweet, sour, and spicy all in one bite. And though people from Southeast Asian countries have different ways of preparing dishes, they have something in common when it comes to cooking: a fondness for creating flavourful and satisfying soup dishes.

Many soups and stews are served as a main dish on Southeast Asian dining tables. These are typically cooked at home and commonly sold on the streets by food hawkers. In many ways, these traditional soup recipes are a staple part of every local culture, and they are a comfort food that people keep coming back to. After all, a large bowl of hot soup is not only delicious and filling; it’s something that will always remind people of home.

To satisfy your Southeast Asian soup cravings, here are five classic soup dishes you should try:

When it comes to soup, people in the Philippines love a large bowl of bulalo. This dish is a light-coloured soup made by cooking beef shanks and marrow bones until the fat dissolves into the stock.

A traditional bulalo recipe usually takes more than three hours to boil. This long cooking time turns the beef so tender and soft until it falls off the bone. However, some people use a pressure cooker to speed up the cooking process and to soften the beef until it reaches the right tenderness.

The classic bulalo is seasoned with fish sauce and peppercorns. It also comes with vegetables such as garlic, ginger, scallions, cabbage, and potatoes. But one signature ingredient Filipinos love in their bulalo is sliced corn on the cob. The corn adds a sweetness to the beef stock, which is a nice contrast to the soup’s rich and salty taste. This dish is also best enjoyed with a cup of white rice.

Bulalo is a popular beef stew especially in places like Cavite, Batangas, and Tagaytay, provinces that surround Metro Manila. Many tourists make it a point to try bulalo when they visit these areas.

Besides the traditional beef broth, there are many variations of pho. People can order chicken, fish, and even squid pho. Different versions emerged as people preferred to use local ingredients that are readily available in the regions where they lived.

In many Vietnamese restaurants, you’ll also notice a line of several condiments, such as Sriracha, fish sauce, and chili paste, that add flavour to your broth. Customers use these condiments to adjust the pho’s flavour. This way, every bowl of pho is unique to the diner’s taste.

Also read: This IG Store Is a One-Stop Shop for Authentic Vietnamese Products

If you haven’t tried Burmese cuisine, you should start by tasting mohinga, Burma’s national dish. Mohinga is a catfish noodle soup that’s been thickened with rice flour and chickpeas. It has an umami-rich and savoury broth because of different ingredients such as lemongrass, fish sauce, ginger, garlic, and banana tree stems.

When people eat mohinga for the first time, they usually wonder where the fish is. The catfish is mashed into a paste together with spices to create the base for the soup. These spices include paprika, turmeric, lemongrass, and ginger, giving the soup a rich and savoury flavour. Once the soup is done, it’s mixed with vermicelli noodles and topped with hard-boiled egg, chopped cilantro, and split pea fritters. Mohinga is also commonly enjoyed as a breakfast dish in Burma.

Want scrumptious chicken soup? Soto ayam is a popular chicken noodle soup in Malaysia and Indonesia. It has a creamy yellow-colored broth because of ingredients such as coconut milk and turmeric. This yummy noodle soup typically incorporates boneless chicken breast, rice noodles, and crunchy bean sprouts in the broth. It’s also topped with chopped scallions, fried shallot crisps, and a hard-boiled egg for added texture.

Soto ayam’s complex savoury taste comes from the richness of its soup paste. This special paste is made with different spices, including turmeric, coriander seeds, cumin seeds, galangal root, and garlic. Fresh lime juice also balances the paste, giving the soup its citrusy kick without overpowering the taste of the chicken broth.

Craving a hot and sour dish? You’ll enjoy a classic serving of tom yum soup! This dish originated from central Thailand and is usually made with fresh ingredients such as lemongrass, lime juice, kaffir lime leaves, galangal root, and crushed red chili peppers. The soup is traditionally served with prawns as the main ingredient. However, over the years, cooks have experimented using non-traditional ingredients like chicken and beef. Other versions may also incorporate coconut milk, mushrooms, or a mix of fish, squid, and prawns.

The secret ingredient to tom yum soup is nam prik pao, a roasted chili paste that gives the dish its sour and spicy flavours. This chili paste is made with shallots, garlic, and chilies that are roasted over a charcoal fire. The ingredients are then crushed into a paste and later stir-fried into oil to create the soup’s base. While commercial tom yum paste is available in groceries, chefs in restaurants still prepare the paste from scratch to achieve a truly rich flavour profile.

These are just a few delicious soups from Southeast Asia that you should try. If you’re tired of the usual soups and stews from where you live, you’ll surely awaken your taste buds by exploring the diverse cuisines of this region in Asia. All the soups above have unique flavours that will surely delight your palate and satisfy your soul. 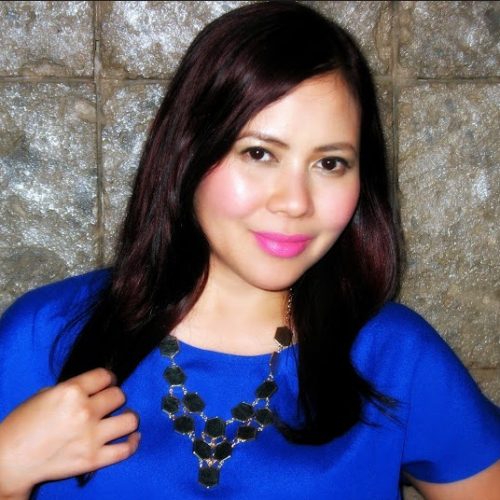 Monica Mendoza is a content marketer from the Philippines. She is passionate about living a healthy lifestyle and finding ways to achieve modern comforts in a sustainable manner. In her free time, you can find her prepping meals in the kitchen or exploring new running routes in the neighbourhood. She also loves travelling.

Previous ArticleK-Pop Merch PH: Where to Buy Official Merchandise
Next ArticleThis Is Why You’ve Been Rewatching Shows This Whole Time