Cebu may be a bustling city but it certainly does not lack of old edifices and architecture that bring back a colourful history.

In fact, walking around the downtown area would already introduce you to a majority of Cebu’s historic tourist attractions. When visiting the province, make sure that you allocate at least an entire day to see these interesting places and get to know the people and the culture behind the oldest structures in the entire country.

Ready to take a stroll down memory lane? Let’s start! The 20-metre bronze statue of Lapu-Lapu stands proudly within the Mactan Shrine. This area was erected in honour of Lapu-Lapu, the native leader who defeated the Spanish soldiers including the Portuguese explorer Ferdinand Magellan during the Battle of Mactan in 1521. 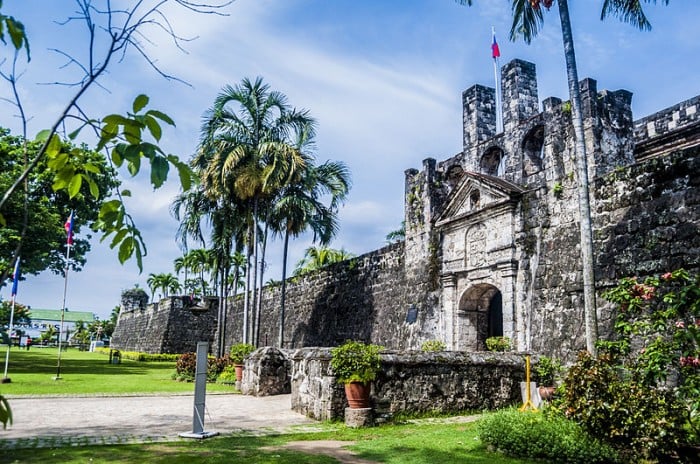 The Fuerte de San Pedro was built up back in 1565 as a military defense structure during the Spanish era. Today, the fort still has a few of its original cannons as well as a museum where several artefacts such as paintings, documents and sculptures from the 333 years of Spanish rule in the country can be found. Fort San Pedro is now considered as a National Historic Landmark and is part of the Plaza Independencia. 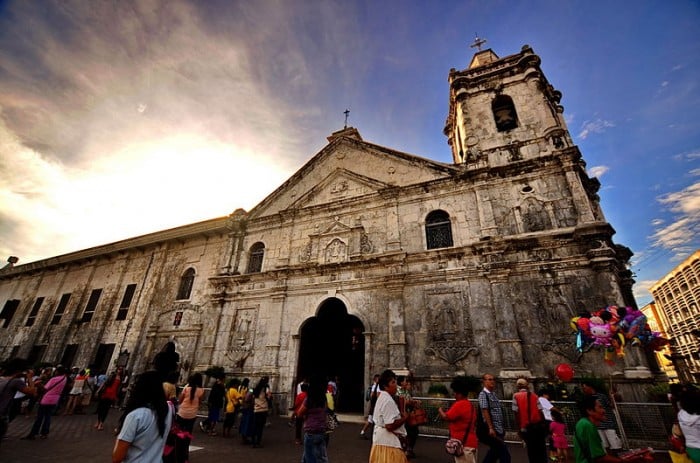 According to the history books, the exact site of the Magellan’s Cross was where the Spanish explorers planted the cross upon their arrival in the country in 1521. It is currently being housed inside a chapel right beside the Basilica del Santo Niño.

Meanwhile, the Basilica is the oldest Roman Catholic church in the country, which was founded in 1565. It is where the original statue of the Child Jesus, the one which Magellan gave to Queen Juana after she, Rajah Humabon and 800 other Cebuanos, were baptised. 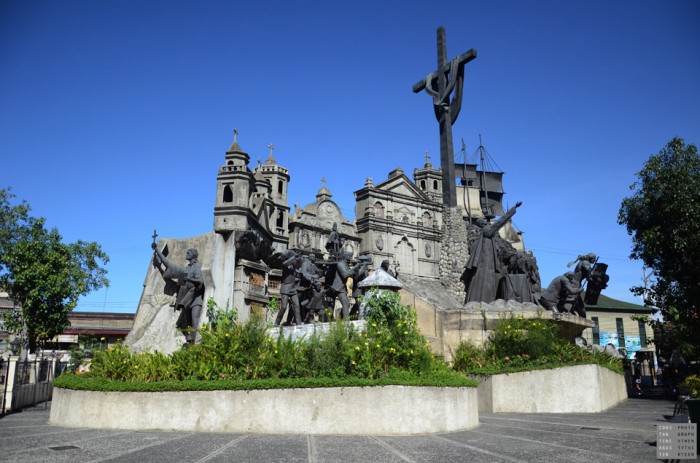 Compared to the previous attractions, the Cebu Heritage Monument is a fairly new structure, created only in July 1997 by local artist Eduardo Castrillo. The tableau, which is made from concrete, steel and brass shows the many events and structures that have shaped the history of the province. Among the most important structures that can be seen in the monument are the Basilica del Santo Niño and the Magellan’s Cross.

Also read: Insider’s Guide to Cebu: All You Need to Know Before Your Trip 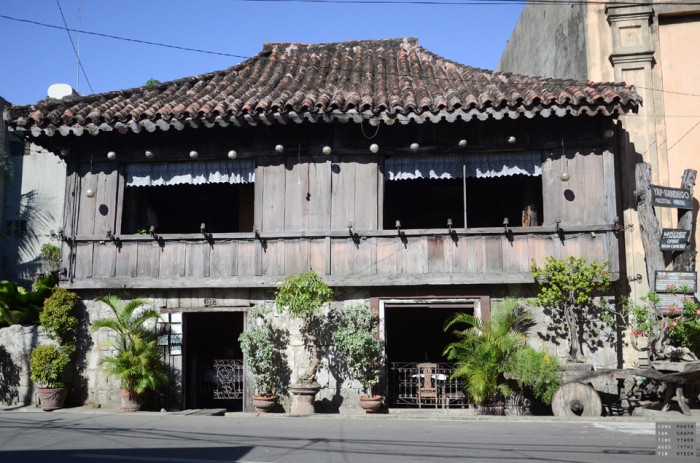 One of the oldest houses that can be found in the entire Philippines is the Yap-Sandiego Ancestral House. Built in the late 17th century, the house is made using a combination of wood and coral stones. It was once the house of Don Juan Yap and Maria Florido and is currently under the care and custody of their great great grandson, Val Sandiego. 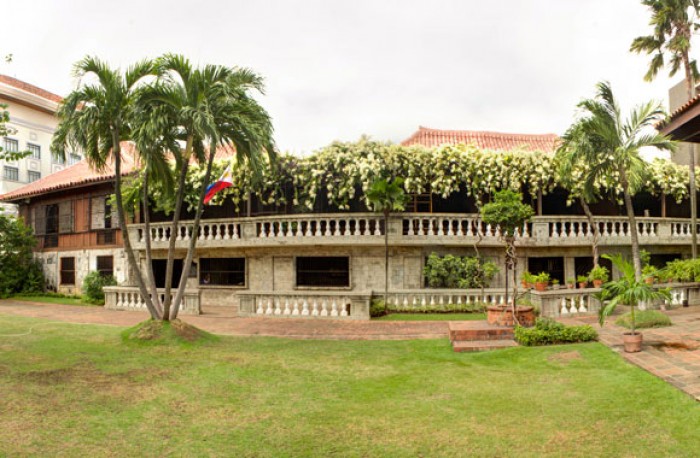 Another prominent old house in Cebu is the Casa Gorordo, or the ‘house of the Gorordos’. Despite the name, the house was actually originally owned by Alejandro Reynes y Rosales back in the 1850s until it was brought by Spanish merchant Juan Isidro Gorordo later in 1863. The house features coral stones, windows with capiz shells, molave posts and clay tile roofs. It has been home to four generations of the family including Bishop Juan Gorordo, who was the first bishop from Cebu. 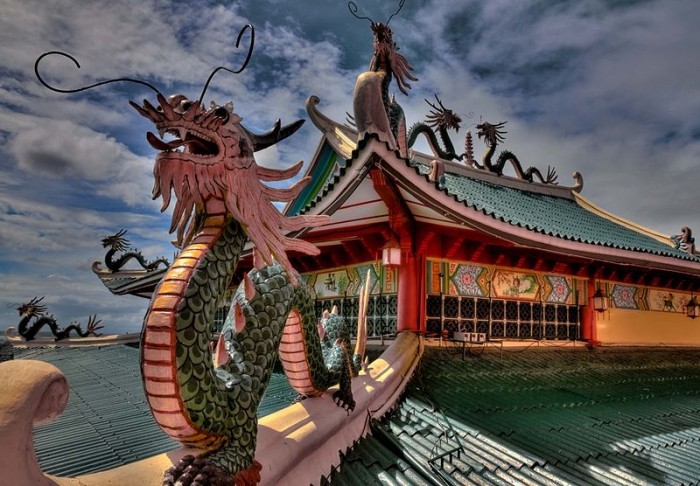 The Taoist Temple is considered as the centre of Taoist worship in the whole of Cebu. This temple was built in 1972 and is located within a prominent Chinese-Cebuano community. Visitors can join worshippers on Wednesdays and Sundays when they would climb the temple’s  81 steps (a representation of the 81 chapters of Taoism scriptures), light joss sticks and get their fortunes read by the monks. 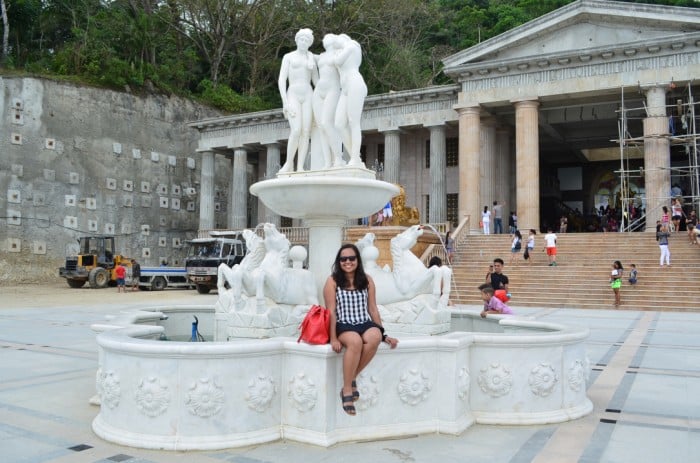 Another new establishment that is steadily gaining popularity within the province is the Temple of Leah, which started construction in 2012. The Greek-inspired architecture was ordered built by Teodorico Adarna for his wife, Leah Villa Albino-Adarna, as a symbol of his undying love and ceaseless devotion. Many people likened the structure to India’s Taj Mahal.