Solo travel is always empowering, or so they say.

I have reasonable parents who rarely allowed me, as I was growing up, to travel without them. I call them reasonable, not strict, as we are all knowledgeable about the struggles of being a woman in this crazy world. We hear it from the news every time!

Going through the world alone means that you have no one with you who can look after you. Being independent is part of the thrill, but this entails a much larger responsibility from you as a traveller. Sometimes, this responsibility can freak out even the strongest and most independent people when travelling solo. If you’ve experienced travelling solo, you might’ve also thought about these terrifying thoughts before.

Also read: What They Don’t Tell You About Solo Travel 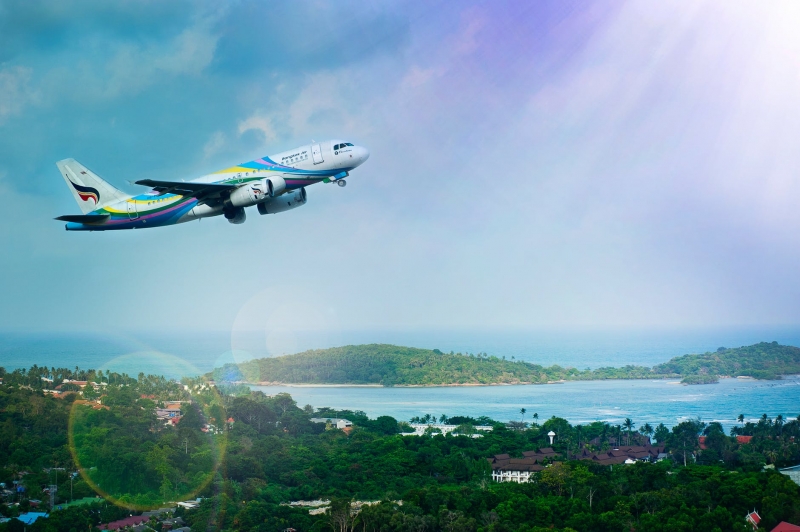 Who cares if science says that the odds of dying from a plane crash are far less likely than dying from being hit in the head by a coconut? So what if planes are a lot safer than cars, jeepneys, or motorcycles? When turbulence hits, it can make anyone nervous, especially when you don’t want to die alone.

Having no spare change for a taxi to bring you home can be terrifying. If you’re travelling alone, you can’t easily depend on anyone to lend you money. You have to make sure you always have the right amount of cash to get you through the day. 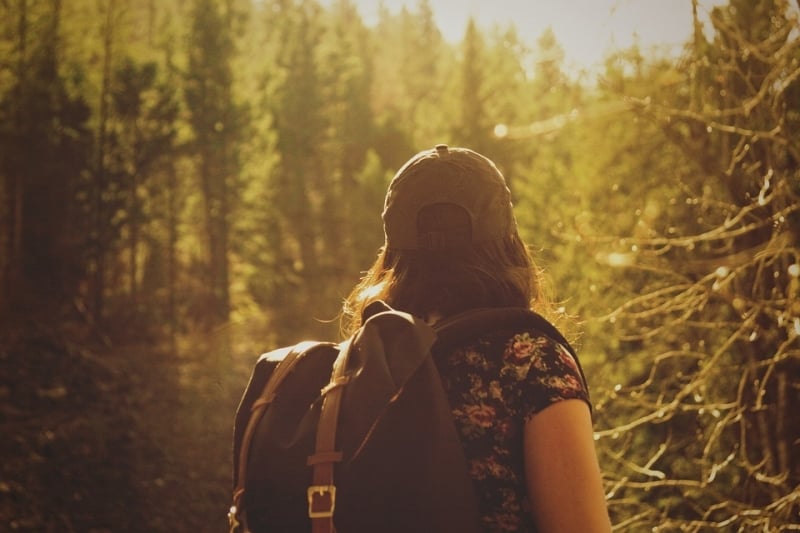 All solo travellers think about their safety and security simply because there’s no familiar friend to fend for them. This is a perfectly rational fear, and solo travellers must hold on to it without letting it overwhelm them too much.

Misery loves company, so if your room sucks and you have no one to share it with, you might feel a bit hopeless during the duration of your trip.

What if you fall off a cliff from a hike? Or drown from scuba diving? Every adventure can feel a little bit riskier for solo travellers. It marvels me how people with no sense of direction have the courage to travel solo. Sure, we can always rely on Google Maps and cabs when worse comes to worst. But what if you’re in a small place that isn’t even on the map yet? What if going to your next destination requires you to ride a cab, then a bike, then an ATV, then a boat, then a horse?!

Some say that the whole point of travelling solo is making new friends along the way. But what if you’re too shy? What if you’re not the type to engage in social interactions? While it would be otherwise fine for you to stay lonely for the entire trip, travelling can get a lot more convenient with a buddy.

You get tired of eating foreign food, but you don’t have any Filipino friend with you to scout for chickenjoy. You miss talking in Tagalog, but you end up sounding crazy if you do.

Two minds are better than one. The language barrier can get overwhelming, and searching for ways to overcome it can be extra challenging if you’re doing it alone.

11. “What are they doing back home without me?” 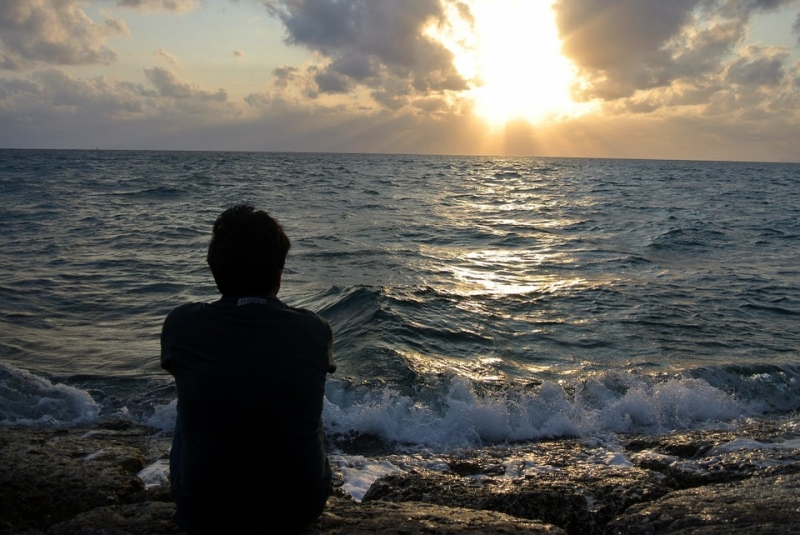 In other words, FOMO: the fear of missing out. Ironically, being away from home can make you afraid of not making the most of your trip. You don’t want to leave your loved ones just for them to have more fun than you. That’s not fair!

Even before travelling, you already dread the thought of leaving your friends or family behind. Lucky for you, current technology can connect you to home anytime you miss them too much. Sure, a virtual relationship can never surpass the comfort of physically being with your loved ones. But, you’ll survive.

Going on a camping trip can be fun, until you hear weird noises outside your tent. What if a wild animal is out there to get you? A ghost? A murderer? You can’t die in the woods alone! How would anyone find you?

For some workaholics, leaving their job to travel can be a scary thing. Just think about all those days you could finish up tasks or explore ideas. Strong independent travellers need their jobs more than anyone else, as they can’t depend on anyone to fall back to if ever they end up slacking of. 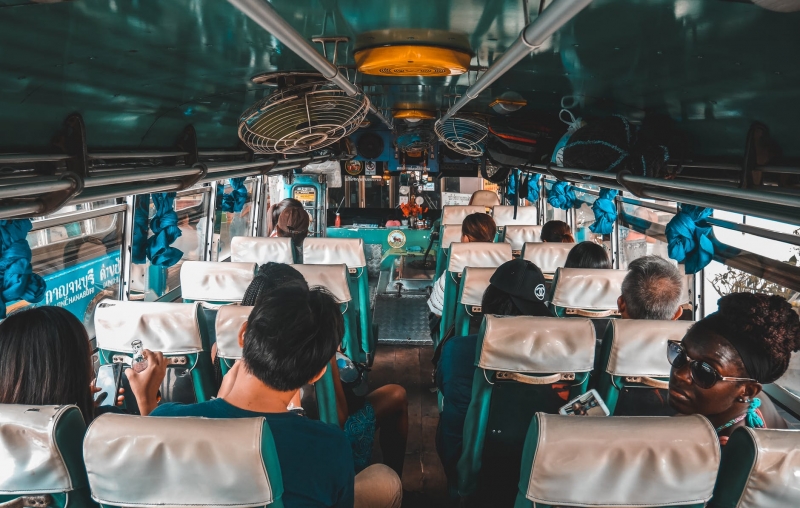 Sometimes, you’re dead tired but you can’t sleep because you might miss your stop. Ending up in an unknown place alone is a scary possibility for solo travellers.

You’d love to try out exotic food, but who’s going to take care of you if that weird cuisine ends up killing you? In the hotel room? Alone?

You’d think dying on a plane crash is the only thing that scares solo travellers. But, dying from a car crash is also equally terrifying! Have you ever experienced going on tours with drivers who don’t care for overspeeding on bumpy roads? I know I have.

For those who live alone, getting sick is scary enough. Imagine getting sick in a foreign country. You have no contact with loved ones to take care of you. Heck, you don’t even have the number of the nearest hospital. How will you live?!

Normally, approaching strangers wouldn’t be a problem for confident travellers. But, if you’re a shy solo traveller, even asking the desk for extra pillows can come off as a stressful task. Worse, you don’t have anyone with you to rescue you. 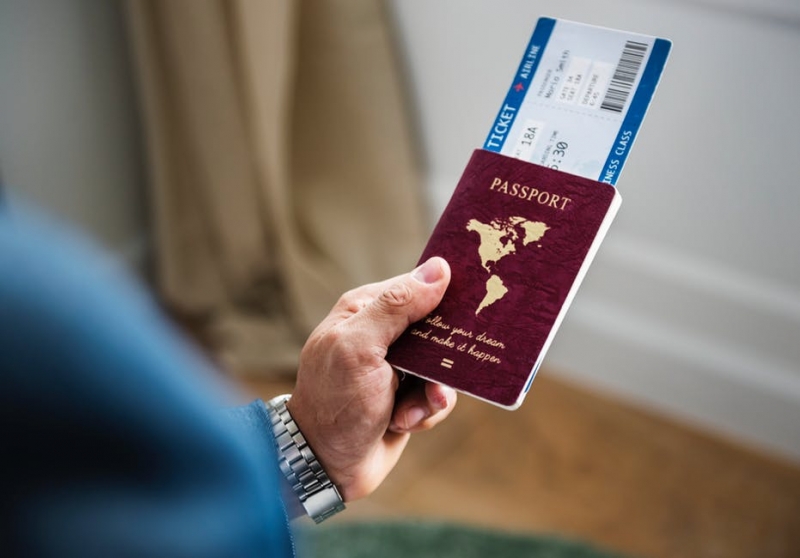 Losing your passport is frightening, regardless if you’re a solo traveller or not. But, having no one close to comfort or assist you in times like this can make travel complications feel worse.

Who will be there to back you up as you argue with market vendors over a price that seems too unreasonable? Who will bring you back to a logical mindset as a salesperson sweet-talks you?

Looking lost and alone can make you seem vulnerable to criminal minds. Because of this, solo travellers have to be extra careful during their trips. It’s frightening to get robbed, especially because you have a lower chance to borrow money in a foreign place.

Some solo travellers who look like lost little kids fear to get mistaken for actually being lost little kids. Fortunately, experts say that having your smartphone with you can repel kidnappers. Not that kidnapping travellers is a usual event. But, it happens — rarely, but it still does.

We’ve all heard of gruesome tourist deaths from around the world. Thus, getting brutally murdered is also a terrifying thought that goes in the minds of solo travellers.

Also read: To Travel Solo Or With A Companion?

Like all things in the world, travelling solo has its pros and cons. But, the bottom line is that solo travel entails a lot of responsibility. If you’re still game to travel alone, then you’ll have to own that responsibility. Equip yourself with enough information about your dream travel destinations. Additionally, learn the basics of security and safety. Don’t let fear hinder you from exploring the world. Go satisfy that wanderlust and journey on!

Previous ArticleThe Horrors of Staying in Hostels
Next ArticleTravel Discussions: Is Travel A Need Or A Want?