Asia is full of wonders! There’s just too much to do and we only have a limited time to do all of the things on our lists. We only had nine days to squeeze everything in for our DIY trip to Thailand, Malaysia, Singapore and Indonesia without sacrificing too much of our budget.

A limitation of ₱30,000, or roughly $600, budget was set for this trip without compromising comfort, privacy and food for me and my partner.

On this itinerary, I’ll show you how we made our nine-day backpacking trip across Southeast Asia. We started in Thailand, then headed next to Malaysia via train, moved to Singapore via bus, sailed to Indonesia for a day trip and went back to Singapore before flying to the Philippines, the most beautiful country of all. First things first, make sure to renew your passport six months before it expires, else your travel plans will be invalidated. Go to the nearest DFA office to renew it. Book return tickets and accommodations prior to leaving the country for a higher chance of not getting offloaded. As for hotels, we booked ours via Agoda.

Also read: A Guide to Renewing Your Philippine Passport

Before even getting to those countries, of course, one has to pass through immigration. We’ve heard several horror stories about this part of any travel but don’t let it stop you from exploring. Some frequently asked questions will most likely be:

People who have passport stamps from before usually gets easier interviews in the immigration. Whatever your reason for leaving the country is, just put a smile and be confident every time. Some officers would really ask you questions pertaining to what type of work you do, how much money do you have, if can you support yourself outside the country, etc. because they need to know if you’re going back to your home country.

Also read: How to Avoid Getting Offloaded in Philippine Airports 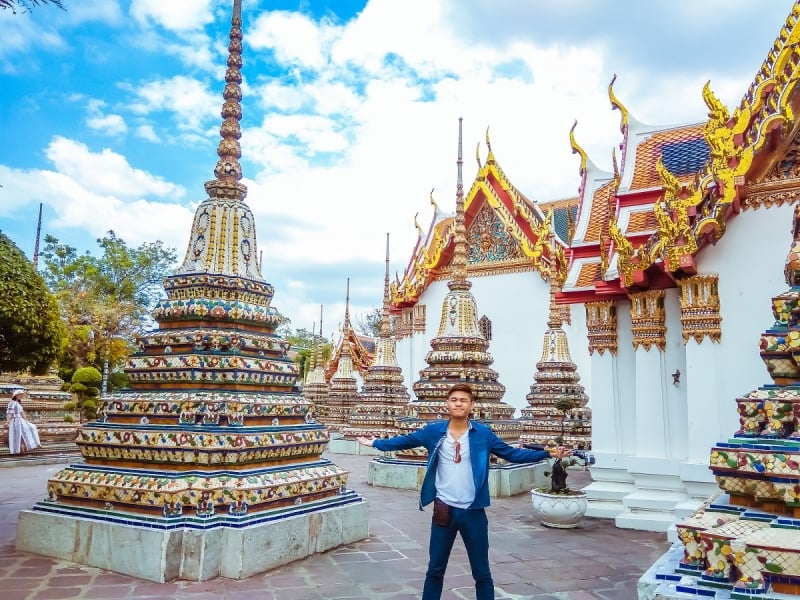 12.30am: Arrival and start of overnight at Suvarnabhumi Airport

Note: Since there are no trains and only taxis are available at these off hours so we decided to stay in the airport for the night.

I found out I lost my GoPro with me when we were at the station on the way to Sutthisan. So, I went back to Hua Lamphong to check if I left it somewhere there. I went through all the stops we had and found nothing. Luckily, it was at the ticket counter and the staff gave it back to me! Apparently, I left it after inquiring about our possible tickets to Padang Besar for Malaysia. Thank goodness!

7.30pm – 10pm:
Dinner at Mexicano Restaurante Authentico
Sutthisan Station to Sukhumvit (฿25 each)
Sukhumvit to Sutthisan: (฿25 each)
11pm: Back to hotel

9am – 12.20pm
Arrival in Padang Besar Station, Malaysia
Malaysia Immigration, ate lunch and exchanged money outside the station
12.25pm: Departure of KTM train from Padang Besar to Butterworth (MYR11.40 each)
2.20pm: Arrival of KTM train in Butterworth
3pm: Departure of bus from Butterworth to Kuala Lumpur (MYR45 each)
9pm:
Arrival at TBS in Kuala Lumpur
Booked a ticket to Johor Bahru from TBS (MYR35 each)
10pm: Departure of Bus 690 from TBS to Pudu Sentral near Chinatown (MYR2 each)
10.20pm: Arrival in Pudu Sentral
11pm: Checked in at Hotel Excel Inn (MYR54)

Note: We originally went to a different hotel but it was already fully booked so we ended up checking in a new one. 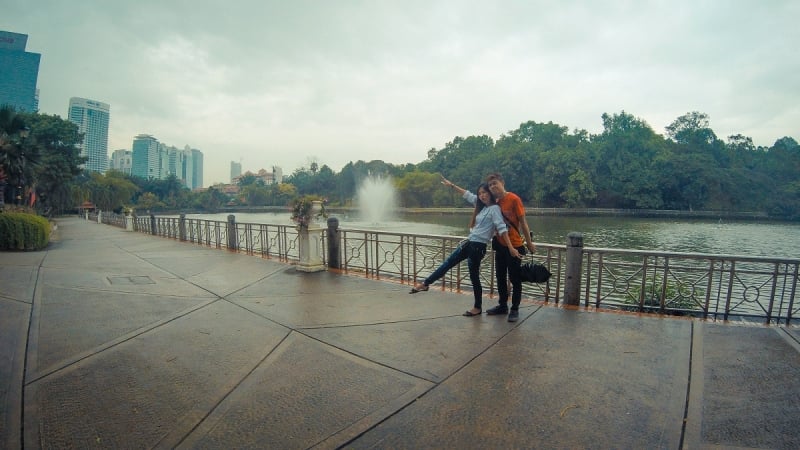 It rained hard in the afternoon so we just sat around at the Bamboo Playhouse and waited for the rain to stop.

9pm: We went back to the hotel and walked around Chinatown once more to look for goods. 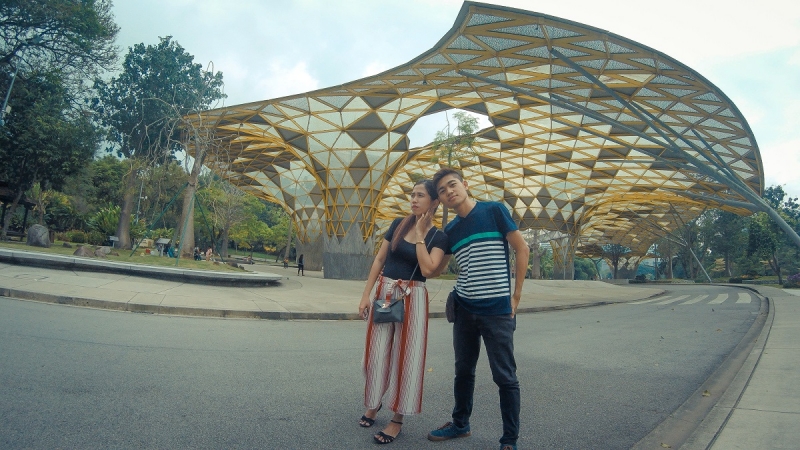 9am – 11.30am:
Walked to Lake Gardens
Planetarium Negara
Stonehenge Replica
Shopping at Chinatown
12pm: Checked out from Backpackers Travelers Inn
1pm: Took bus 960 from Pudu Sentral to TBS (MYR2.50 each)
2.10pm: Departure of bus from TBS to Johor Bahru (JB Larkin terminal) (MYR35  each)
7.20pm: Arrival in Johor Bahru (JB Larkin terminal)
7.40pm: Departure of bus 170 heading to Queen Street, Singapore (MYR2.50 each)
8pm – 9.30pm: Singapore Immigration
10pm – 12am:
Drop off at Sixth Avenue station
MRT from Sixth Avenue to Bugis (S$1.90 each)
Bugis to Aljunied (S$1.60 each)
Walked to and checked in at Amrise Hotel

There is a money changer at the Bintan terminal and we exchanged our S$50 to Rp440,000. 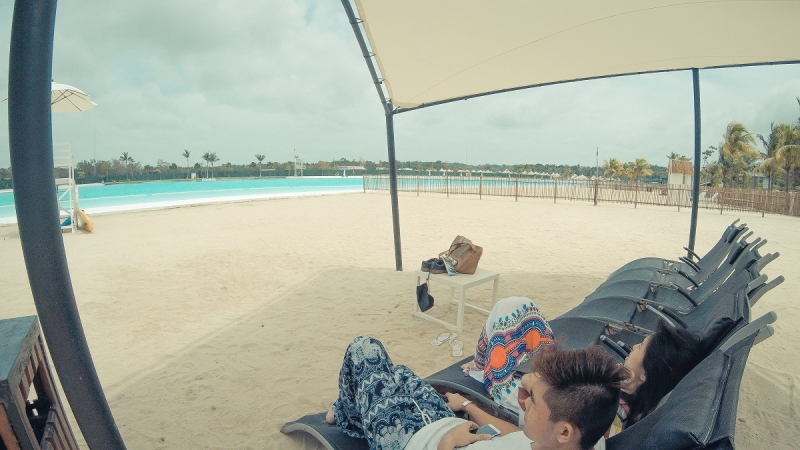 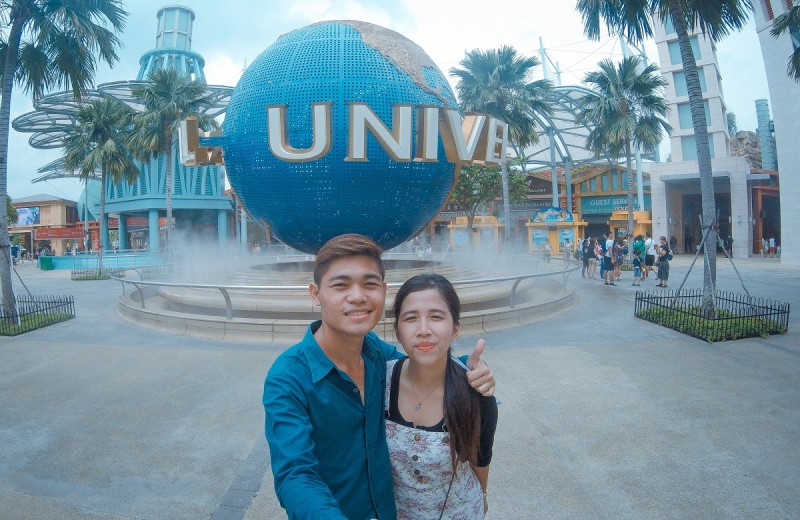 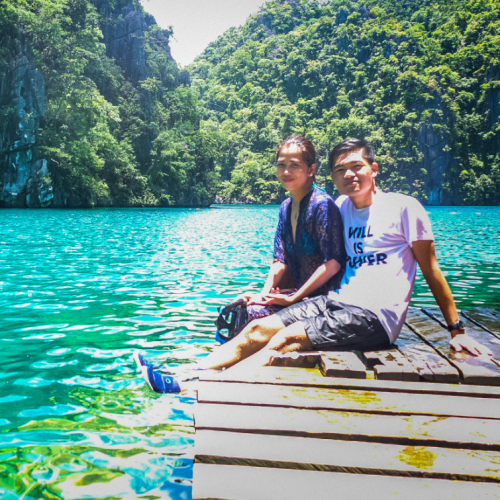 Jerny and Jane are a travelling couple since 2015. They both love to travel, take photos, power nap, climb mountains, swim, travel with their friends and nap again. Jerny’s currently a freelancer doing SEO and Lead Generation projects working anytime, anywhere, while Jane's a medical technology student at a known university in the Philippines. Take a look at their blog and adventures at The Jerny - Travel and Inspirations.

Previous ArticleCatalonia’s Independence: What It Means for Filipinos
Next ArticleThings to Know Before Visiting Taiwan for the First Time