10 Breathtaking Sunrise Spots in the Philippines

The diverse sunrise spots in the Philippines make mornings look different for every traveller. As for me, my mornings at home typically look like this: A cup of coffee. A journal and a pen. My study Bible. Some chill acoustic music. A hint of light from the daybreak, refracting through our living room windows.

This routine changes whenever I’m by the beach. There, the first thing I do when I wake up is grab a cup of coffee and a banana before walking to the ocean for a sunrise surf. “Buksan mo na yung dagat,” some surfers would say when you’re the first one to head out to the water.

By the mountains, I still need that cup of coffee first thing in the morning — but then, I indulge in a few extra minutes of snuggling beneath the sheets before I get up. In my pyjamas, I walk to the breakfast table and get myself a plate of pancakes. Behind the pine trees, the rising sun greets me good morning, signalling me that it’s time to start the busy day.

Wherever I am, I am a morning person. But it wasn’t always like this. Once upon a time, I preferred watching the sun set over blinding city lights. But since I started travelling, I’ve become more appreciative of mornings.

My love for chasing the sunrise started with one hiking trip where the sun adorned the whole mountain view with its glory. The passion grew after I had one sunrise surf session that left me breathless for days. My morning routines change up every now and then, but watching the sunrise with a cup of coffee is one thing I never miss — no matter where I am in the world. 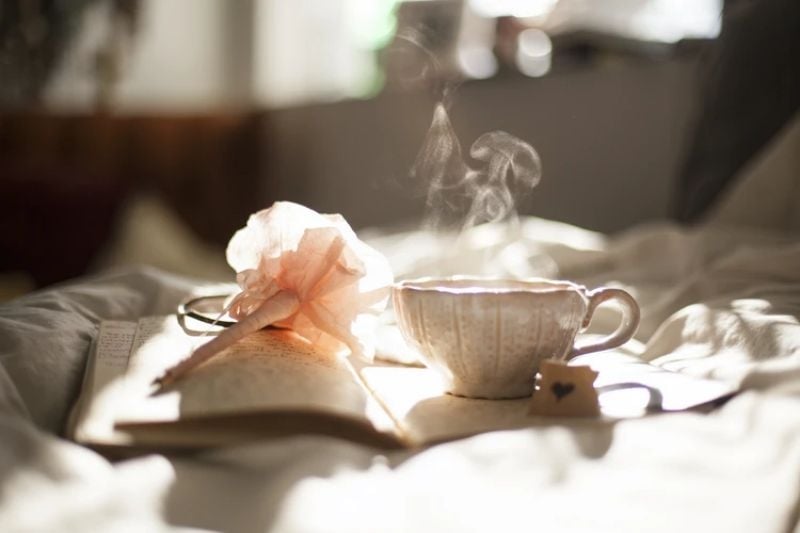 If you’re a sunrise person like me, I’m sure you’ve experienced your fair share of sensational daybreak moments, too. Read along and let us know if you’ve gone to any of these breathtaking sunrise spots in the Philippines!

As the highest mountain in Luzon, Mount Pulag draws a lot of mountaineers throughout the year. Everyone who’s visited the mountain can attest that the journey to the peak is absolutely thrilling; the view atop is undoubtedly worth the hike. In fact, with its magnificent skyscape, natives say that Mount Pulag is a “playground of the gods.” Many hikers start their trek early to catch the glorious sun rising above the sea of clouds.

Compared to Mount Pulag, the Kiltepan Peak is a lot friendlier to non-hikers. But that doesn’t mean it falls short of grandeur. Most famous for its sea of clouds, the Kiltepan Peak in Sagada has attracted numerous tourists for its stunning view of the sunrise. Tourists all the way from Manila can easily travel to this spot via a bus that goes directly to Sagada. From the main road, the peak is only a one-kilometre hike.

Bonus: If you want to avoid crowds at all costs yet still want to witness the sunrise over a sea of clouds, you can head to other mountains in the Cordillera Region, like Mount Ugo (starting point is in Nueva Vizcaya) and Mount Ulap in Benguet.

Reigning as the king of Philippine mountains, Mount Apo offers a three-day hike for advanced mountaineers. Awaiting hikers atop the mountain is an illuminated landscape of Compostela Valley and Davao Oriental. Since there is nowhere else in the country that allows you to marvel over a countryside at 2,954 metres high, Mount Apo is definitely one of the best sunrise spots in the Philippines.

Claiming the early bird award, Pusan Point is said to be the spot where the sun rises first in the Philippines. You can witness the awe-inspiring sunrise from various beaches in Davao Oriental — including the Dahican Beach in Mati and the beaches of Cateel.

My bias brings me to list Baler as one of the best places to watch the sunrise. As the Pacific Ocean kisses the shores of this coastal town, almost the entire municipality offers a perfect view of the sunrise. Sabang Beach has brought me countless magical mornings, but if you want to take your sunrise view up a notch, head over to the Digisit Rock Formations to see the rays playing against the crags.

Bonus: Neighbouring towns of Baler have astounding views of the sunset, too. Dicasalarin Cove has a more quiet, luxe vibe, while the Ampere Stone Beach in Dipaculao offers a grander sunrise experience.

When it comes to natural wonders, Batanes comes as a no-brainer addition to the list. Its elegance has brought several tourists flying to its lands. With verdant hills and azure waters, Batanes is an effortless crowd-pleaser. With an amazing view of the sunrise from Valugan Boulder Beach to add to all that, you’ll definitely fall head over heels for the province — just like the rest of us. 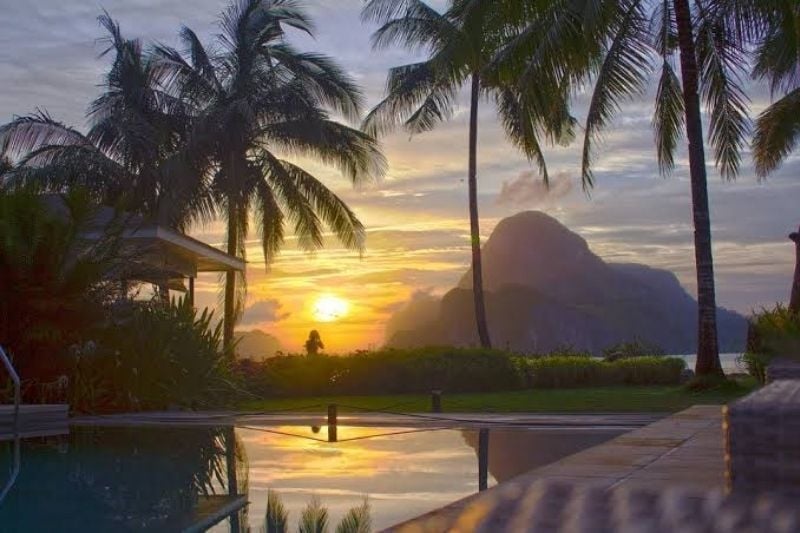 With white sand beaches, vibrant coral reefs, and staggering rock formations, El Nido is already an all-in-one package in itself. And as if you needed any more reason to visit the island, El Nido also has breathtaking views of a golden sunrise. Turarod Beach, a secluded area, is one of the best places for this. Enjoy the scene while doing some morning salutations — one of the resorts here actually offers yoga sessions at sunrise!

Dotted with remarkably humongous rock formations, Biri Island makes up for many spectacular sunrise spots in the Philippines! Most tourists flock to the Macadlaw Rock Formation to catch the mystical scene of the sun rising over the glassy waters.

As the provincial capital of Tawi-Tawi, Bongao welcomes most of the island’s guests. Gloriously towering over this town is the Bud Bongao, the highest point in the province. From its peak, one can witness the panoramic vista of Tawi-Tawi. Hike up this mountain before dawn, and you’ll get to marvel over the brilliant sunrise with the cheeky monkeys of Bongao!

As the surfing capital of the Philippines, Siargao is already visibly populated before sunrise. Wake up early enough and you’ll spot a number of surfers patiently anticipating the perfect swell of the day. You definitely don’t have to be a surfer to enjoy the scene — head over to Cloud 9 and watch the waves crash against the boardwalk as the sun rises over the vast Pacific Ocean.

A couple hours away from Manila, Antipolo provides fast access for urban dwellers seeking refreshment through nature. As a Quezon City girl myself, I’ve always looked forward to our family trips to Antipolo because the city has a good enough view of the stars; and in the morning, a picturesque view of the sunrise.

These are just a few of the noteworthy destinations in the Philippines for catching the sunrise. Of course, there are many other beaches, mountains, and cityscapes in the country that offer breathtaking daybreak views! Do you have any favourite sunrise spots in the Philippines? Let us know about them!

Previous ArticleFlights From Cebu to Qatar & the US Available in 2020
Next ArticleThe Truth Behind Travel Guilt — Bakit Nakakaguilty Mag-Travel?