Overseas Filipino workers are dubbed as our modern-day heroes, and there are many reasons behind that. It’s never easy to leave your country, and it’s much more difficult when you have a family back home. Living in a totally new place, not to mention worrying about all the other OFW woes we are used to hearing, makes overseas work seem like a challenge for only the bravest of hearts.

But while working abroad may not be for everyone, it shouldn’t be as hard as it is perceived to be. After looking at reports by the Philippine Overseas Employment Administration (POEA), the Philippine Statistics Authority (PSA), and the HSBC Expat Explorer, we’ve compiled ten countries that most expats consider beautiful to immerse in, safe to live in, and great to work in. These destinations will surely let you take pleasure in the world’s beauty while you focus on building your career. Read away!

Top work and leisure destinations for Filipinos in 2022 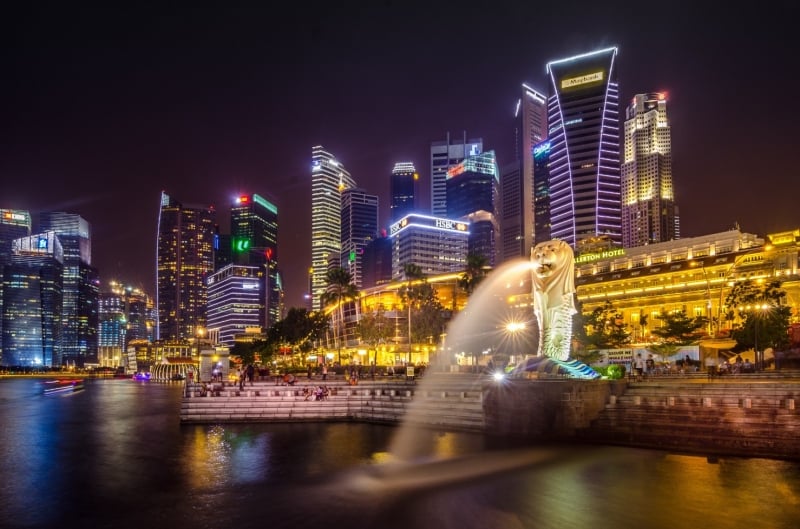 Ranked as the third safest city in the world, Singapore is known to be the most favourable destination for overseas workers around the globe. Because of its proximity to the Philippines, many Filipinos prefer working here, too. In 2020, about 93,887 Filipinos were deployed to the country.

Because of its progressive economy and workforce diversity, Singapore offers a multitude of jobs with competitive salaries, including career opportunities for IT and software engineers, healthcare professionals, office workers, accountants, and construction workers. It’s also home to numerous world-class attractions like the Universal Studios, Marina Bay Sands, Esplanade, and Gardens by the Bay. The best part? Singapore is absolutely tourist-friendly; English is widely spoken in the country, so language barriers won’t be a problem. With its convenient public transportation and its variety of cuisines, you’ll have no problems when your family or friends visit. 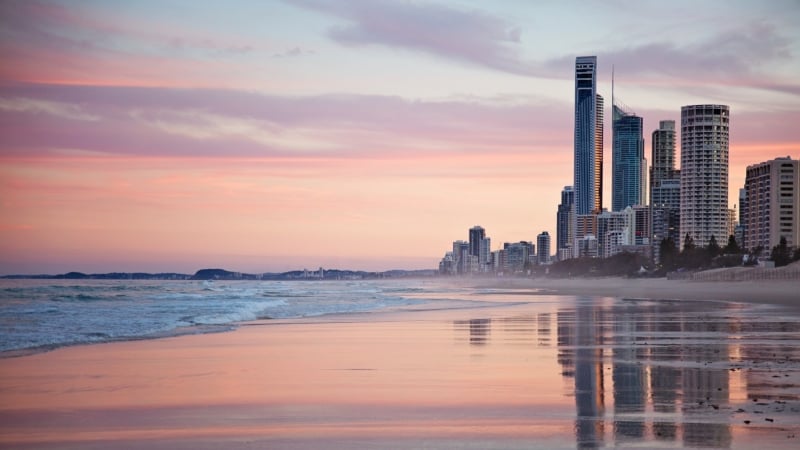 Most of us crave a healthy work-life balance, and Australia offers just that. Overseas workers have reported that the country is a great place to socialise and plan for their future. An outstanding rate of 90% of expats reported that their overall quality of life improved when they moved to the country. Well, how could you not feel better with everything Australia has to offer? From its stunning restaurants and beaches to exhilarating outdoor activities in almost every region, Australia is undoubtedly a place for work and play.

As it has several farms and barns, Australia is great for Filipinos with backgrounds in farming and agriculture. Besides this, the government has also announced that they’re particularly looking for engineers, chefs, IT professionals, and healthcare professionals.

Also read: Here’s How to Make the Most Out of Your 7 Days in Australia! New Zealand’s aura promotes a pleasurable lifestyle, as it is filled with unique biodiversity. of Plants and animals, as well as towering mountain peaks and magnificent blue lakes, abound the territory.

Highly developed, especially in terms of health, education, and economic freedom, New Zealand is said to be the destination if you’re on the lookout for a tranquil work environment. Don’t believe me? Check out Milford Sound, Fiordland National Park, Mount Cook and Tongariro National Park, and you’ll have a sense of the relaxation New Zealand so generously gives to its people.

Nine out of ten overseas workers who migrated to New Zealand in 2021 said that their quality of life improved after moving there. Career opportunities here are mostly present in the service sector, including jobs for nurses and caregivers, and in the IT sector. 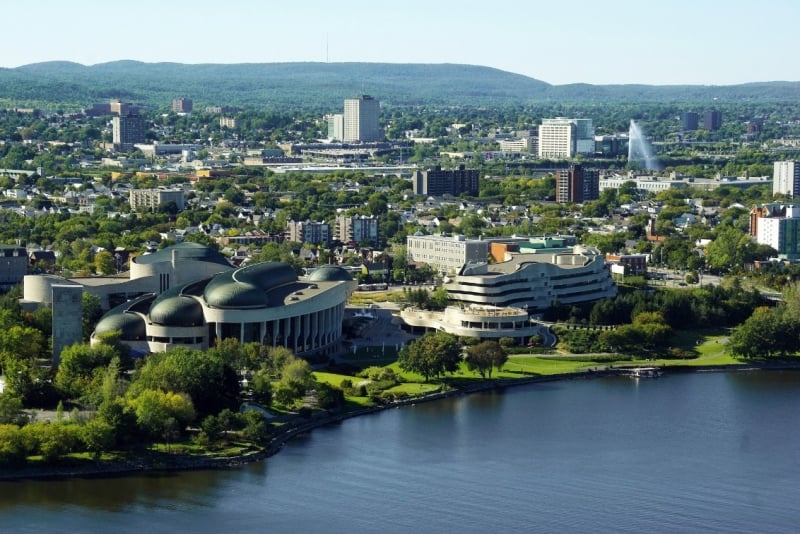 We all know about the friendliness of Canadians, especially because it was a running joke in the popular sitcom, How I Met Your Mother. With this, it would be an understatement to say that Canada does well in treating their pals. Filipinos will definitely feel safe here, as it has a meagre crime rate. Canada also harbours the vibrant Vancouver, lively Banff, charming Montreal, and magnificent Niagara Falls.

Canaday was the top choice of overseas workers in 2021, according to a global survey. Its multicultural nation warmly welcomes people from all nations. In fact, Canada has a law against discrimination so that Filipinos won’t have difficulty dealing with their employers. What more can you ask for, eh? Canada has job opportunities for Filipinos skilled in caregiving, labour work, welding, hotel management, food service, and administrative work. 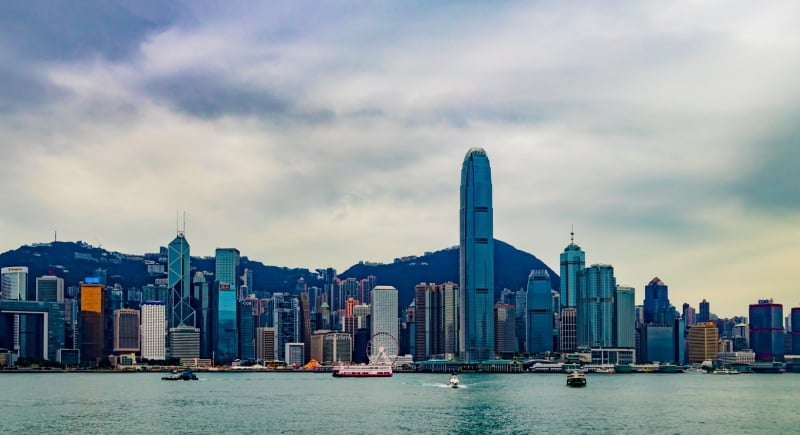 The accessibility of Hong Kong to the Philippines and the decent salaries for overseas workers may be some major reasons why it holds the highest population of Filipino workers (around 111,602 in 2020) in Asia. It doesn’t hurt that the place is a bustling concrete jungle, even having the most skyscrapers in the world. Rediscover your childhood at Hong Kong Disneyland, shop and dine in Tsim Sha Tsui, and admire Hong Kong’s view from Victoria Peak.

Hong Kong’s economy is dominated by the service sector, which is why numerous Filipinos work there as domestic helpers. Aside from this, there is also a high demand for engineers, chefs, drivers, and other service-oriented careers. 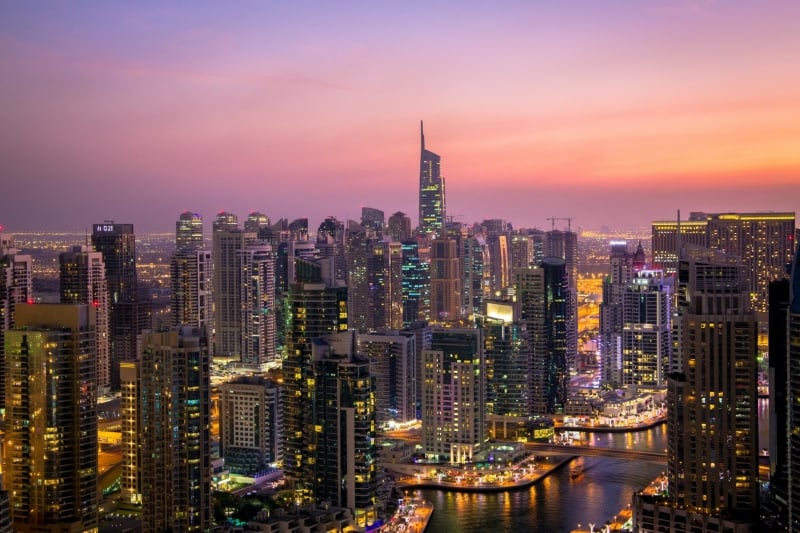 Heard of the Burj Khalifa, the tallest tower in the world? How about the leisurely Dubai Mall that lets you shop till you drop? You can find both, and a lot more, in the UAE. Relax atthe  posh Burj Al Arab Jumeirah hotel or experience the waters of the Palm Islands. You won’t run out of things to do with all the jaw-dropping man-made structures in the country.

The Middle East continues to be the most popular continent for OFWs, mainly due to the majority of the countries here offering above-average salaries to expats. As of 2020, more or less 258,633 Filipinos were working in the UAE. Aside from the country’s booming economy, UAE is also trusted when it comes to the safety of its overseas workers. UAE offers a variety of careers for people looking to work overseas, from call centre agents, healthcare staff, and culinary employees, to engineers, IT staff, and domestic workers. 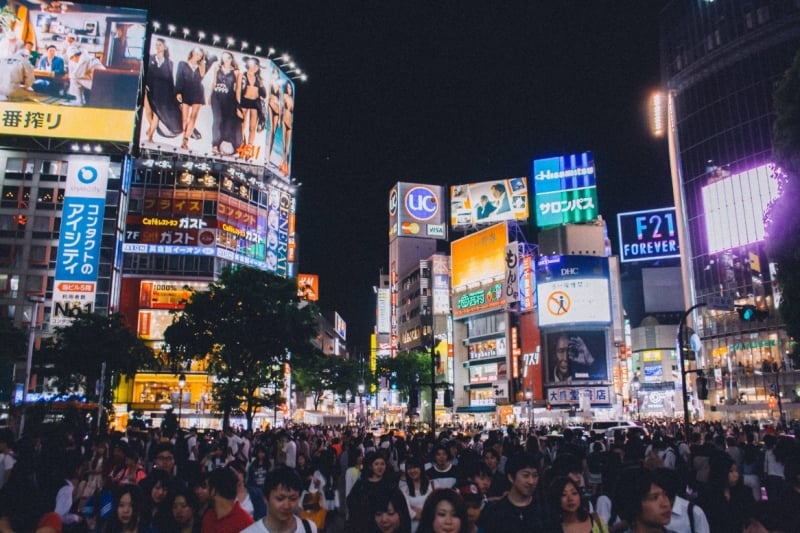 Several Filipinos dream of living in Japan, currently known as one of the world’s safest countries to live in. The Land of the Rising Sun models discipline and innovation, and both its traditional and pop cultures have become among the most prominent in the world. Not to mention, Japanese food is also widely sought-after by Filipinos. Could you just count how many restaurants nowadays serve sushi, ramen, and matcha-flavoured items? Travel to Japan, and you’ll enjoy all these — with cherry blossom trees and maybe a hint of Mount Fuji on the side.

Even when Japan isn’t as economically competitive for overseas workers as other countries, its safety and cleanliness have drawn many Filipinos to migrate there. In 2020, there were about 62,000 OFWs in Japan.. While Japan has maintained strict rules for overseas workers for the past years, its government has decided to revise their immigration law to accept more workers in the healthcare sector. Furthermore, English teachers and IT professionals are also in demand in the country. 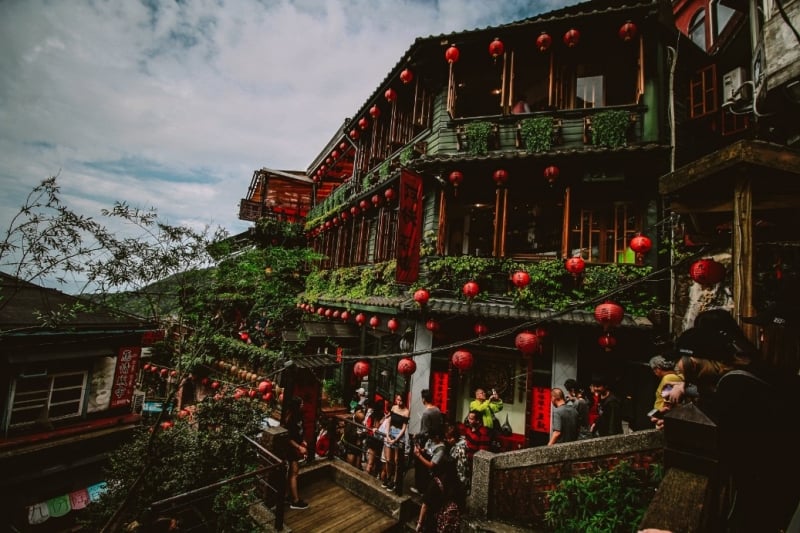 Want to immerse in an exciting culture? Taiwan is “Asia’s hidden experience capital,” and more and more foreigners are realising that through the years. Surely, you’ve heard of the soaring Taipei tower, but a number of people are also loving Taiwan’s Love River in Kaohsiung and the Fengjia Night Market in Taichung.

Another country that boasts of financial security and warm welcomes, Taiwan’s OFW population is racing against the top OFW-dense Asian countries. There were about 88,882 OFWs in the country last year, many of whom report to have plans of retiring there. Most Filipinos are hired in Taiwan to work as production and machine operators, factory workers, and caretakers. If you’re worried about working away from your loved ones, you don’t need to worry about leaving your family behind either. Taiwan is super accessible for Filipinos now that it’s one of the few foreign countries that don’t require a Visa. 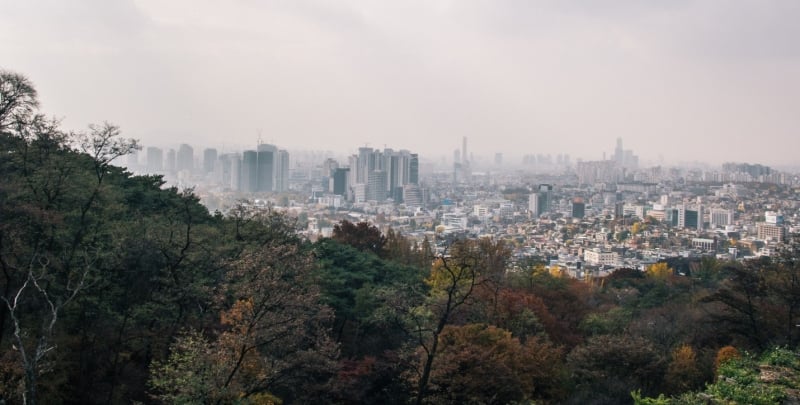 The Korean fever has hit the Philippines deeply enough that most of us know at least one hardcore fan of Korea. But besides samgyeopsal, K-pop, and K-dramas, the country is also a go-to place for both travel and work. Here, you will find numerous tourist destinations, like the iconic N Seoul Tower skyscraper and the famous Jeju Island, which will make you think that South Korea’s charm unquestionably deserves a finger heart.

As its economy relies heavily on exports, overseas workers in South Korea mostly work in the textile, automobiles, and electronics industries. The salary isn’t too bad either, as overseas workers there have reported a high rate of disposable income from working in the country. Aside from workers in high-tech industries, singers, performers, and English teachers from the Philippines can also apply for jobs in South Korea. 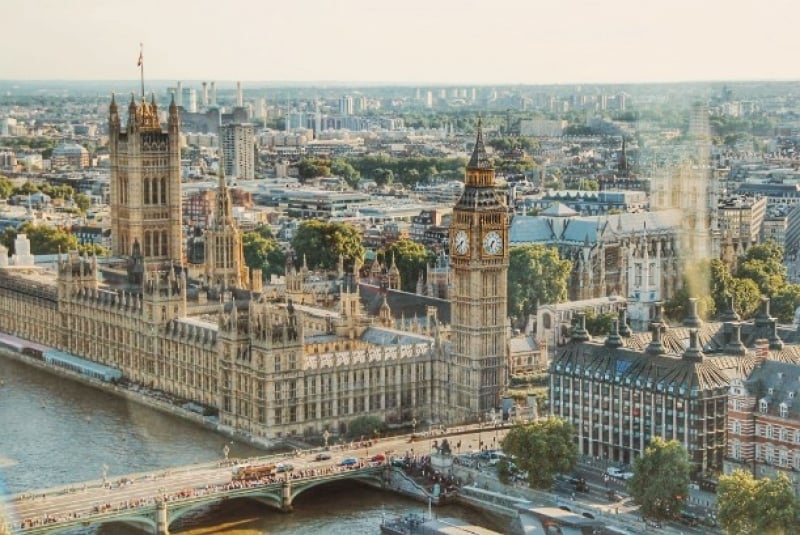 Filipinos can taste the richness of British culture when working in the United Kingdom. The country is well-known to first-time overseas workers, as it offers various job opportunities and high possibilities for career advancements. Home to famous tourist destinations like London, where architectural attractions like the Big Ben and the Buckingham Palace are erected, and Scotland, renowned for the Edinburgh Castle and the Loch Ness Lake, the UK will definitely provide you with a leisurely stay in both its cities and its towns.

Top jobs for Filipinos in the UK are nurses and caregivers, agriculture workers, construction managers, engineers, doctors, and teachers, among others.

Also read: How To Travel Long-Term Without Sacrificing Your Job

Aside from these ten countries, there are several more places you can migrate to, for both work and leisure. With proper guidance from the POEA, you should be able to reach your dream destinations smoothly and securely. Head over to their website for a more updated and country-specific list of job opportunities.

There’s certainly no place like home, so the least you can do if you’re planning to work abroad is to make sure that you find the second-best place for you to live in and explore.

Previous Article20 Best Deals to Look Out for at Shopee 5.15 Payday Sale
Next Article7 Best Chicharon in the Philippines & Where to Get Them