For some travellers, it usually takes many different trips before they find their ultimate fave destination. On the other hand, there are others who have already figured it out as early as their pre-teen days. Such is the case with Regis Andanar: TripZilla Philippines’ resident extrovert and part-time club DJ. As a self-confessed serial traveller, one fun fact about him is that he enjoys travelling to Malaysia every year. Yup, you read that right!

Also read: Revisit Places: 5 Reasons Why It’s Good For You

About that memorable first trip

It all started in 2007, when his parents decided to bring him along on a business trip to Kota Kinabalu. Given this specific travel purpose, Regis was left on his own most of the time. “Can you imagine, an 11-year-old roaming on the streets á la Home Alone?” he shared. Well, it is indeed rare for someone of that age being allowed to wander in a foreign land on their own.  “In retrospect, maybe I really was a responsible kid from my parents’ point of view,” he added with a laugh.

For Regis, that trip was a defining moment for his love for travel and adventure. “I fell in love with Malaysia the first time my feet touched its ground,” he gushed. His annual travel there started in 2014, and he hasn’t looked back since! (Though, he’ll have to take a break this year for obvious reasons.)

These constant trips also taught him to become a slow traveller. After all, coming back there will always be part of his plans. “I’ve made it a point to not pack all attractions in one trip, and simply relish every moment,” Regis said. For someone who is constantly on the go, this is definitely a great exception!

Everything he loves about travelling to Malaysia Surely, there’s a reason why he keeps coming back for more. Well, for starters: the people. Ask anyone who has met Regis, and they’ll say he’s a social butterfly through and through. You know how some people can literally talk to anyone and keep the conversation going? Yup, he’s one of those. So, it’s no surprise that he has made a lot of friends during his frequent travels! “I’ve remained in close contact with most of the people I’ve met there,” he shared. “Some have even travelled to my home country [the Philippines] and I serve as their occasional tour guide.” 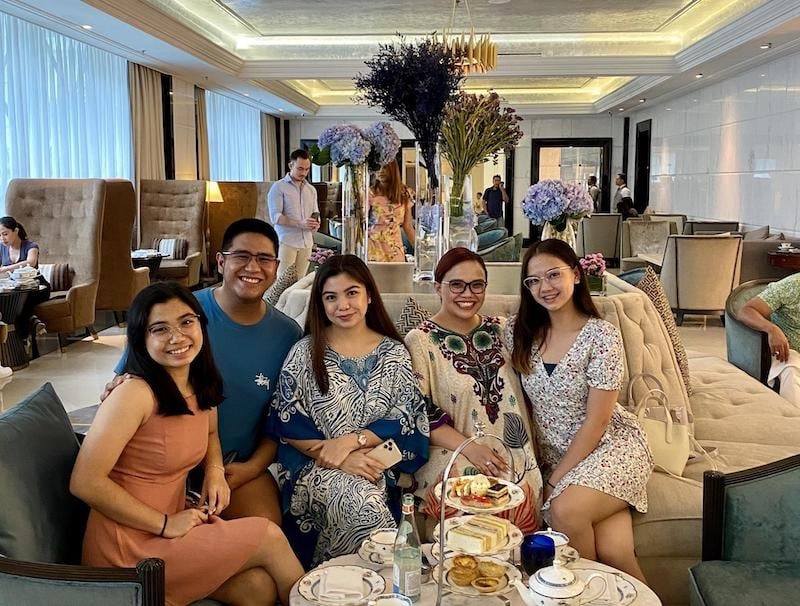 Speaking of the Philippines, Regis constantly raves about the similarities between that and Malaysia. After all, in both countries, the people are warm and the food is exquisite. He also considers the latter as his comfort zone, given that it’s a lot like his homeland — except that he’s always on vacation whenever he’s in Malaysia! Aside from this, he also likes that it’s an affordable destination, from the food and accommodations to the attractions and modes of transport. Alright, some of you are probably wondering about the local cuisine. (Leave it to us Southeast Asians to have the yummiest food, amirite?) Regis admits that Malaysian food has led him to expand his palate. “There are just so many interesting and delicious dishes to try! I learned to love eating spicy food — something I thought would never ever happen,” he said. When asked about his fave food and drink, he’s quick to name nasi lemak and teh tarik, both of which he always craves even when he’s home in Manila! “My body is composed of 70% nasi lemak and 30% teh tarik whenever I’m in Malaysia,” he joked.

Writer’s note: Typing all that has definitely got me craving, too! Excuse me while I look for a place near me that offers those.

On his top favourite places to visit in Malaysia

“First definitely has to be Kuala Lumpur, because I’m really a city traveller. I enjoy how busy it can get and I do make it a point to live like a local. Make sure to visit the National Mosque; it’s an architectural wonder! Also, on my latest trip, I visited the Royal Museum, which was the old National Palace and official residence of the King and Queen of Malaysia. Having an interest in all things royalty, I enjoyed the tour around the palace, where you even get to see the King and Queen’s sleeping chambers! Oh, and this wasn’t open to the public until 2013. 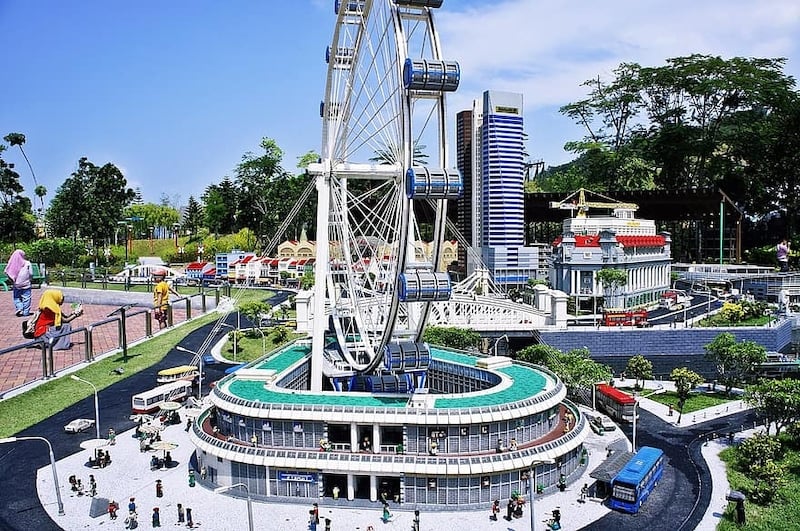 Second is Kota Kinabalu because of its many natural attractions. Don’t be fooled by its natural wonders though — the city has become more urban through the years. Third would be Johor Bahru, mainly for attractions like LEGOLAND Malaysia! It also serves as the border between Malaysia and Singapore, which is great for a day trip.”

On his favourite Malaysia souvenir 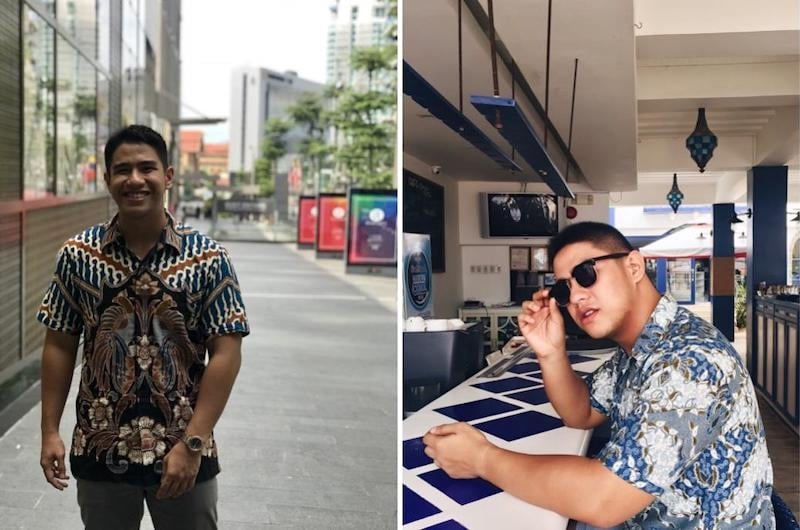 “Batiks shirts from Central Market. They come in so many designs and they’re all so unique. I love how I’ve never come across anyone else in the Philippines wearing the exact same pieces that I have! For more unique fashion finds, Klang Valley is my go-to for both homegrown and global streetwear brands.”

Writer’s note: Klang Valley is a sprawling urban district that has some areas under Kuala Lumpur and other areas under Selangor.

The ‘Regis guide’ on your first trip to Malaysia 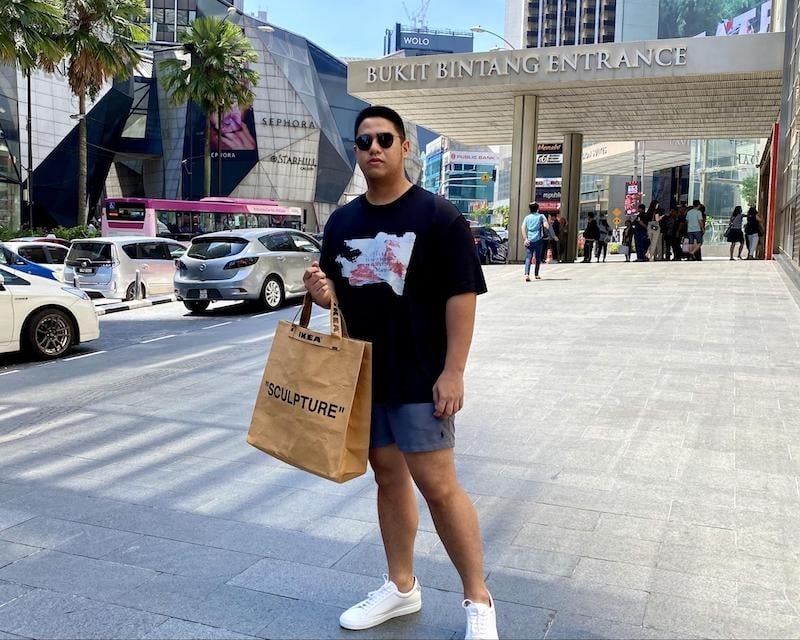 Thinking of travelling to Malaysia once it’s safe again, but haven’t been there before? Well, you’re in luck because Regis is always game to share his recommendations with anyone planning to visit this fascinating country.

On the best places to visit in Malaysia for first-timers 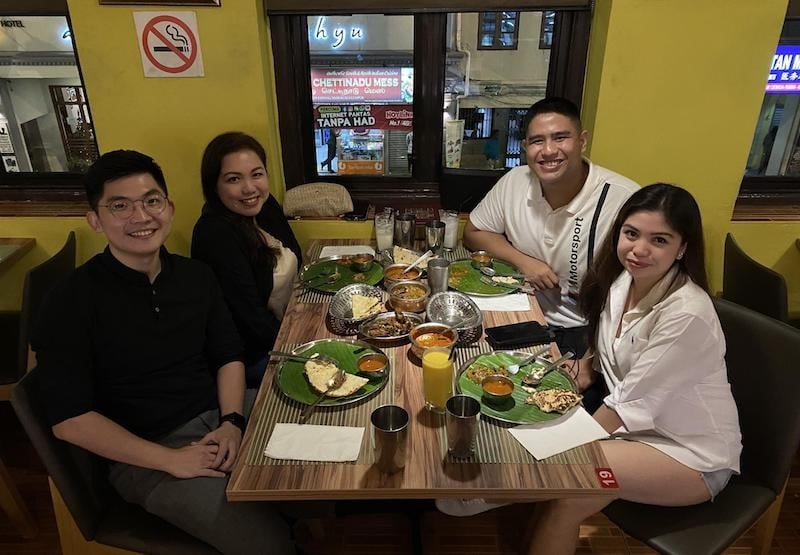 “Most people go to Kuala Lumpur on their first time travelling to Malaysia. For the best local cuisine around the capital, visit Jalan Alor! It’s a famed food street in Bukit Bintang district.

You can also take a day trip to Genting Highlands, which is roughly 30-40 minutes away from downtown KL on a good day. Since this is on a mountain, it’s mostly chilly all year ‘round — which is perfect for me because my body isn’t made for tropical weather! It also has outlets where you can shop till you drop, theme parks where you can feel like a kid again, and many other attractions for adults.”

On tips and tricks when travelling to Malaysia:

“Utilize public transportation because it’s very affordable. If you’re not one to enjoy walking (like me) — taxis and Grabs are cost-efficient, too!

When it comes to authentic Malaysian cuisine, nothing else comes close to the mom and pop restaurants scattered around the country! Doesn’t matter if the dishes you’re curious to try are more on Chinese, Malay, or Indian influence. Also, if you’re an all-out foodie, it’s good to try the same certain dishes in each state you’ll visit. There, you can observe the nuances in the ingredients.”

What’s next for his future adventures in Malaysia? 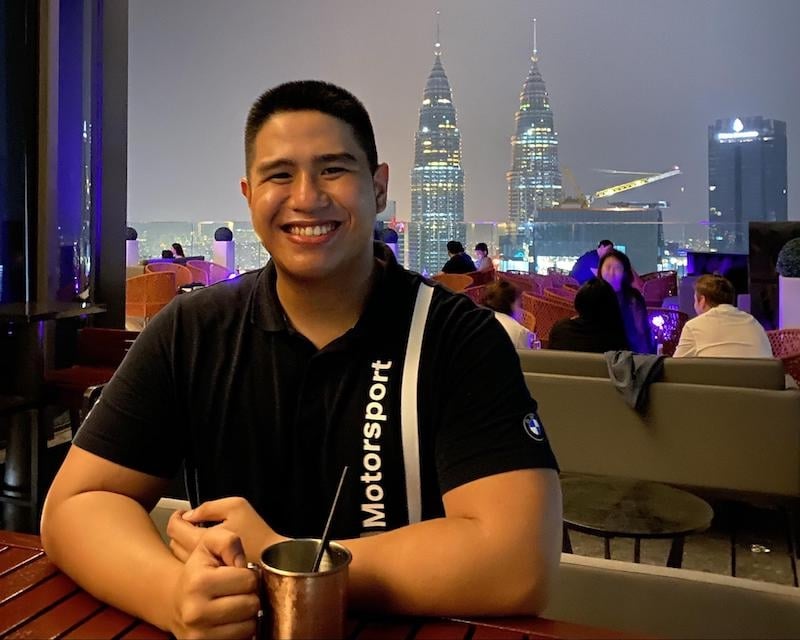 Given Regis’ annual travels to Malaysia, some of you might wonder if he has ever considered moving there (whether for good or just a certain period). Well, as a matter of fact, he definitely has! On his most recent trip, which was last December to January, Regis stayed in Kuala Lumpur for almost a month. And if the pandemic didn’t happen, he would have been back again for his birthday this year. “That trip was kind of my trial version of actually living there and I thoroughly enjoyed it!” he shared.

Regis also emphasised (again) the many similarities between Malaysia and the Philippines — especially the capital cities. “Kuala Lumpur really reminds me of Metro Manila, which is why I’ve never felt homesick despite staying there for long periods,” he said. 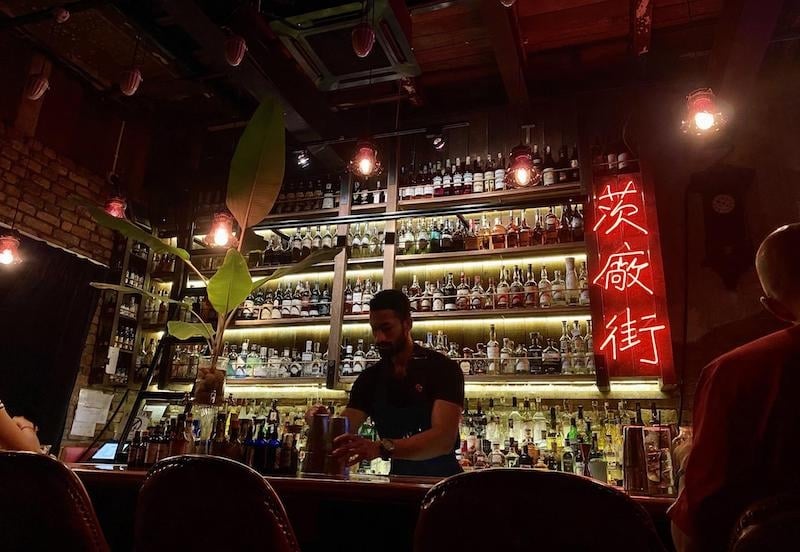 As someone who has always preferred the city life, it’s no wonder that he’s seriously considering living in KL sometime in the future — whenever that is (*sigh*). While some people tend to find the hustle and bustle in the metro stressful, Regis finds it thrilling and fascinating. And should he ever need a quick breather from these, there are neighbouring cities and towns that are more relaxed!

Speaking of his next trip to Malaysia, he’s also looking forward to exploring other Malaysia tourist spots that he has yet to see. For that, Langkawi and Penang are on top of his bucket list. After all, these islands are highly recommended by locals and foreign travellers alike! And to that, we say — we can’t wait to hear about his next adventure.

This article was originally published on TripZilla.

Previous ArticleBest Fried Chicken in the Philippines (That Aren't From Fast Food Chains)
Next ArticleOverlooking Restaurants and Cafes Near Manila? These Ones Aren't in Antipolo