19 Thoughts We Had While Watching ‘Trese’ on Netflix

Now that it has officially been over a week since Trese premiered on Netflix, we think it’s high time to do a spoiler-prone piece — because hey, why not? This includes (but isn’t limited to) our sentiments on the show as a whole, as well as our occasional sabaw thoughts while watching. It’s the first-ever original Pinoy series from the streaming powerhouse, after all! So, best believe we have a lot to say in this Trese Netflix review.

Based on the crime-horror graphic novel series by Budjette Tan and Kajo Baldisimo, the pilot season covers the whole of Volume 1 and two cases from Volume 2. As most of you know by now, it’s set in a fictional Manila, where mythical creatures (both good and evil) of Philippine folklore secretly live amongst humans. At the centre of it all is Alexandra Trese: the enigmatic, no-nonsense mandirigmang babaylan (warrior-shaman) in charge of keeping the balance between the supernatural and mortal worlds. 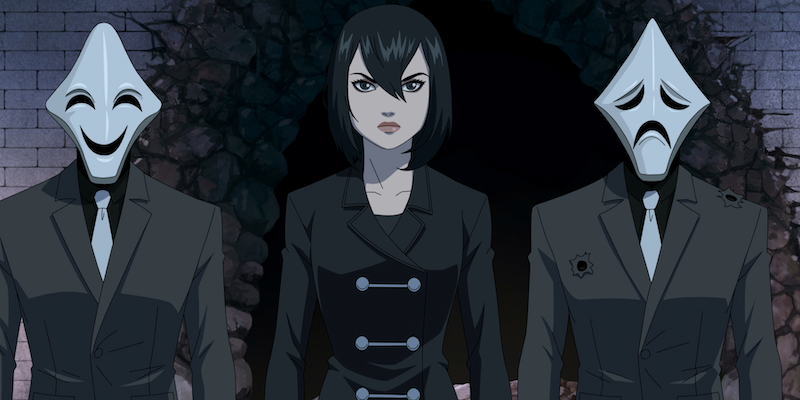 In case you haven’t finished watching yet, we highly suggest bookmarking this for later because there will be spoilers. You’ve been warned. But if you’re like me and ended up binge-watching on the same weekend that it came out, then carry on.

Note: This Trese Netflix review is from the perspective of those who have not read the source material prior to watching. I’ve personally read some of the comics — but for the sake of newly minted fans, I won’t go into that and will simply stick to what the Netflix adaptation has shown us.

Also read: Manila’s Animated Version in ‘Trese’ Is Too Good and These Scenes Prove It

1. “Man, we sure hope that never happens to us while taking the MRT.” 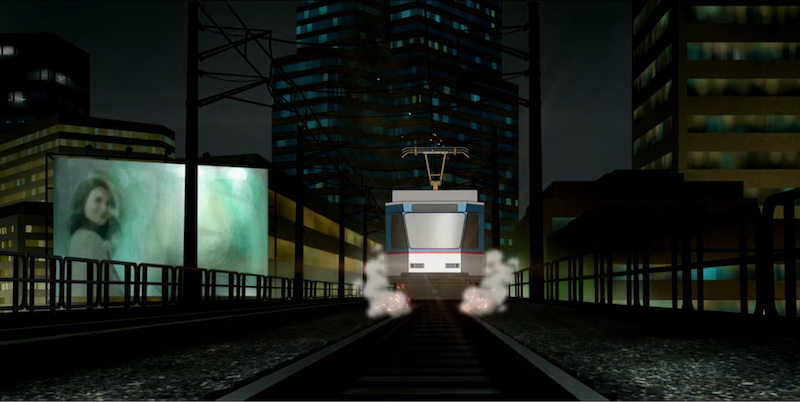 Clearly, we’re talking about the opening scene where the MRT broke down late at night, and three girls were taken by aswangs. Not gonna lie — it makes the MRT breaking down at noon (during April, if you wanna make it intense) look like a walk in the park.

Of course, that isn’t to say we’re going to stop complaining about the terrible public transportation in our country. Just sayin’.

Anyone else get major goosebumps while watching the opening theme? And to think that was only the beginning.

But also, here’s an important fact: The song playing in this sequence is based on “Balluha’d Bayyauhen,” a folk song from the Ifugao people. According to a teacher from the Cordilleras, it’s about a character who tries to eat balluha (a wild fruit from a place called Bayyauhen) but cannot swallow it. Not only does this add to the show’s mystical nature by emphasising our precolonial heritage, but it’s also a possible foreshadowing of what lies ahead for Alexandra Trese.

3. “No offense, Tita Miranda, but that’s easier said than done.” 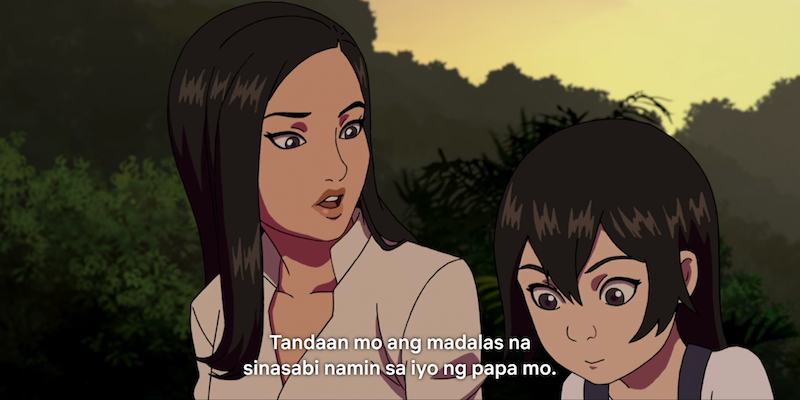 Remember that scene where Miranda Trese (aka the protagonist’s mom) told her daughter to not be scared by appearances? Granted, we do agree with that… to an extent. I mean, come on, it’s kinda hard to keep calm when you meet a ghoulish nuno or even a humongous kapre who wants to be besties with you. Like, could you give us some time to let it sink in, please? 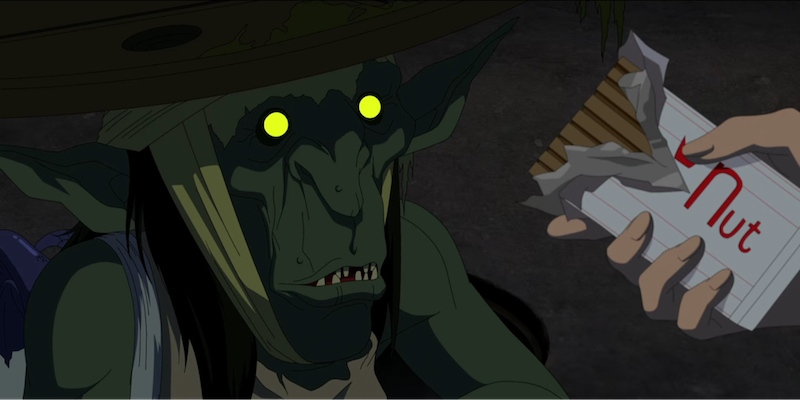 Ah yes, that iconic “tabi-tabi po” scene where we’re introduced to the manhole-inhabiting Nuno. Here, we see Trese giving him a gigantic Chocnut bar that made our inner batang Pinoy drool and envious. It’s the best sweet thing that we never knew we needed.

(To whoever handles product marketing for Chocnut: Please make it happen, yo.)

5. “Señor Armanaz’s penthouse is #CondoGoals for anyone living in Manila, but prefer nature.”

Oh, and the fact that his condo building is probably somewhere in Rockwell, based on the view in the elevator scene.

6. “Maliksi and Bagyon Kulimlim remind us of nearly every dude-bro type in Poblacion and BGC.” 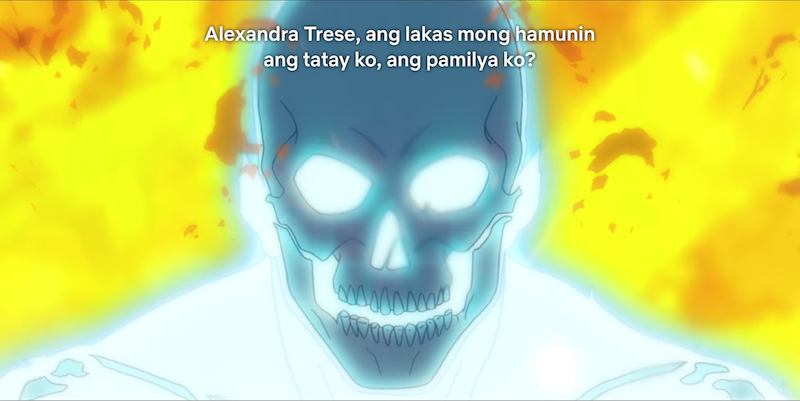 This includes but isn’t limited to: reckless driving, cocky behaviour, and full-on dependence on their dear ol’ dads to get them out of trouble.

Maybe not so much on their actual supernatural appearances, of course.

7. “Honestly, we don’t get the hate over Liza Soberano’s Tagalog speaking skills.”

Those who watched the Tagalog version of Trese on Netflix would know exactly what we mean. Less than 24 hours after it premiered, we saw some social media posts saying that Liza Soberano (the Tagalog voice for Alexandra Trese) didn’t sound “Pinoy enough.” Apparently, she sounded “too conyo” or “masyadong burgis.” 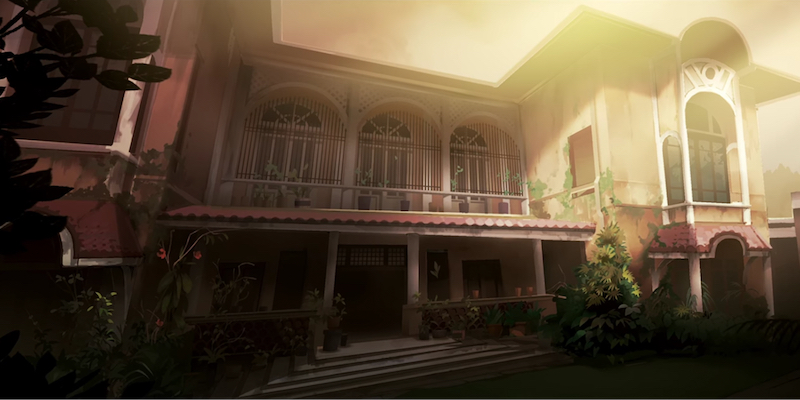 Uhm, guys, have you seen the Trese family’s ancestral house? It literally screams “old money.” Make of that what you will.

8. “Must be nice to have that spacious bar all to yourself.”

Not to sound too tomador, but we’re low-key jealous of that industrial-themed bar in Malate that’s owned by the Trese fam. Also, Hank seems like that cool bartender we wouldn’t mind being daldal with.

Also read: Nightlife in Manila: 10 Speakeasies You Have to Check Out

9. “Wait, why do Crispin and Basilio wear suits almost all the time?” 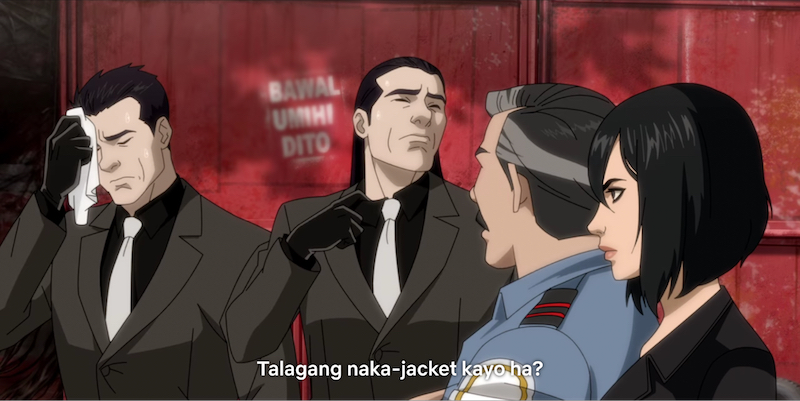 Many of us laughed so hard when Captain Guerrero roasted the twins for wearing matching suit-and-tie OOTDs — never mind the sweltering Manila heat. And clearly, not even their half-deity genetics could make them immune to the bane of every Philippine resident’s existence.

We get it, the combo looks very sleek and definitely adds to their appeal. But still, why? 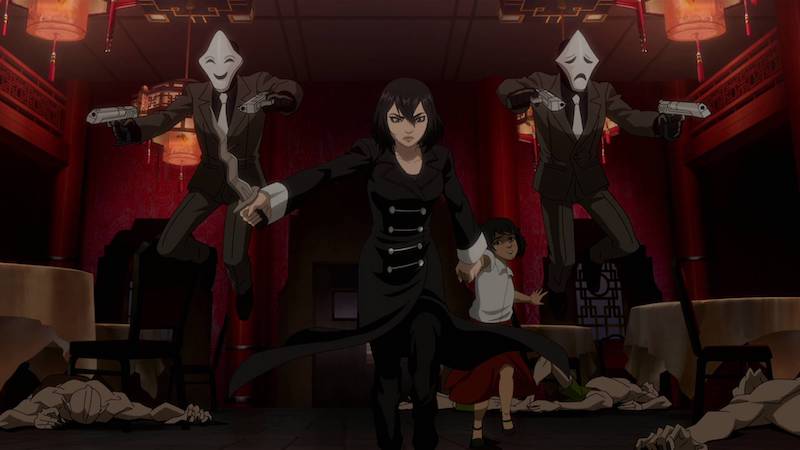 No wonder she looks absolutely displeased with everything most of the time. Just kidding — she spent five years inside a balete tree. Seriously, how does one even recover from that?

11. “Finally, a complex and well-written female lead in a mainstream Pinoy show!” 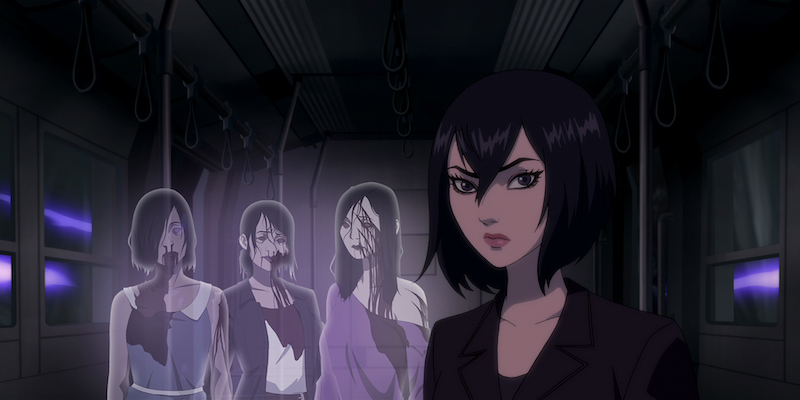 For many girls who watched the show, Alexandra is basically that character we wish we had on local TV during our childhood. You mean to say it’s possible to have a non-sexualised Filipina protagonist who doesn’t need *gasp* a love interest to make her interesting? Or one who’s strong-willed and independent, without necessarily subscribing to masculine standards? What. A. Concept.

Of course, let’s not forget that her status as a revered warrior-shaman isn’t hyped up just because she’s a woman. Rather, it’s because that’s really how she is — and that shouldn’t come off as a surprise whatsoever. At the same time, we see her flaws and inner turmoil… but that only makes us root for her even more.

12. “But also, why are the other female characters always either angry or peppy-shallow?”

We can’t possibly be the only ones bothered by how Alexandra is the only non-stereotypical female character. Not counting her late mother, who passed away even before the start of the series.

Although, perhaps this is a topic for another Trese Netflix review altogether.

13. “That ‘transformation’ moment was so Mulan!” 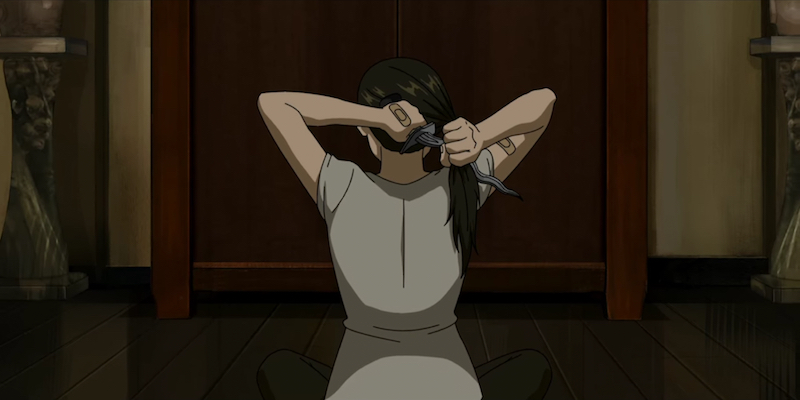 Remember that scene when a young Alexandra goes back to her house after years inside the balete? Then she chops off her hair, opens her departed father’s closet, and puts on his warrior-shaman outfit? It’s quite reminiscent of that pre-military camp moment in the original Mulan movie. (Yes, let’s pretend that the 2020 live-action remake never happened, for the love of all things good and true.)

14. “That panaderya scene was both realistic and unrealistic.” 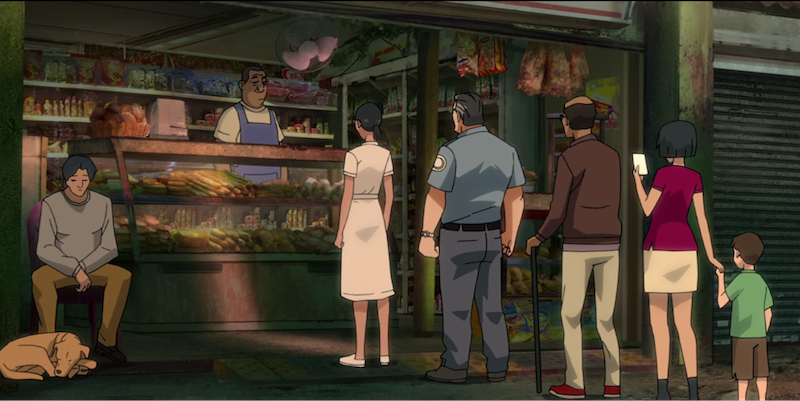 Anyone who has ever been to a real panaderya would know that people don’t line up that orderly — especially before the age of social distancing. Nonetheless, this part that highlights Captain Guererro’s morning routine was every bit endearing. Not gonna lie, we ended up craving freshly baked pandesal after watching it!

You know those things that are just so Pinoy, without even trying to be? This is definitely one of ’em. What’s more, several Studio Ghibli fans even commented how it looks like something you’d see in a Hayao Miyazaki film; where the monotony of everyday life is turned into something captivating.

Also read: Where to Buy Flavoured Pandesal: 10 Online Bakeries in the Philippines

15. “Captain Guererro seems like a cool, wise-cracking tito and all, but…” 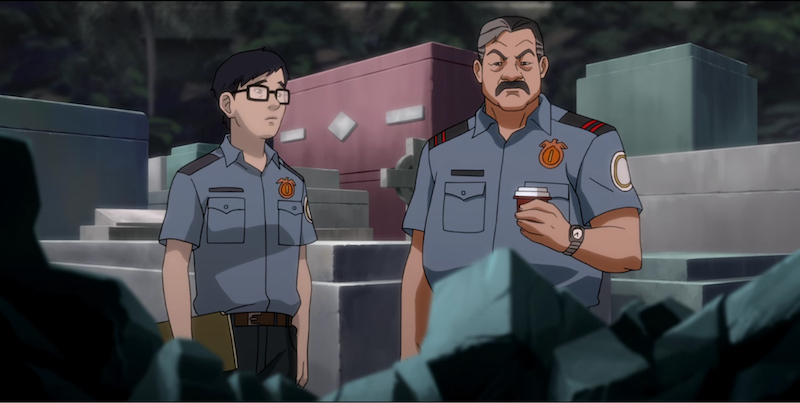 How come he doesn’t really do anything to correct his subordinates with abusive tendencies? And no, a batok or a slap on the wrist does not count. *Deep sigh.*

Of course, we still found ourselves getting sad when he died in the season finale. Somebody, please assure us that this isn’t going to be a Game of Thrones-like show, where all the loveable characters get killed off eventually…

16. “What if there’s someone living underneath our indoor plants, too?” 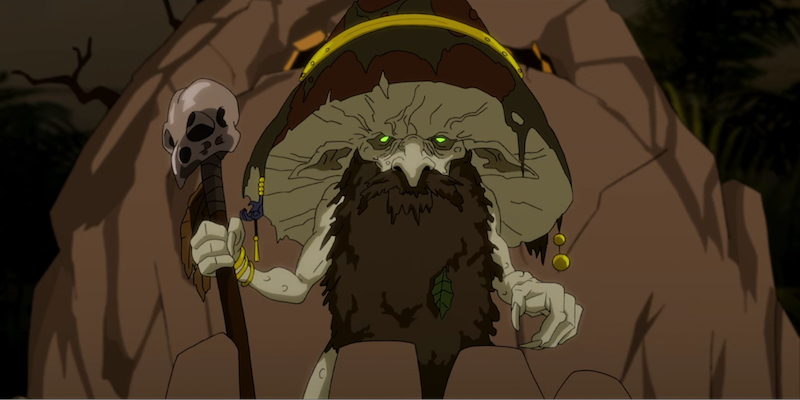 Granted, Amang Paso turned out to be a good guy. But when he was first introduced as the dwarf living under a potted plant, we were low-key creeped out.

Also read: 14 Haunted Places in the Philippines & the Stories Behind These

17. Will Alexandra ever get therapy at some point? 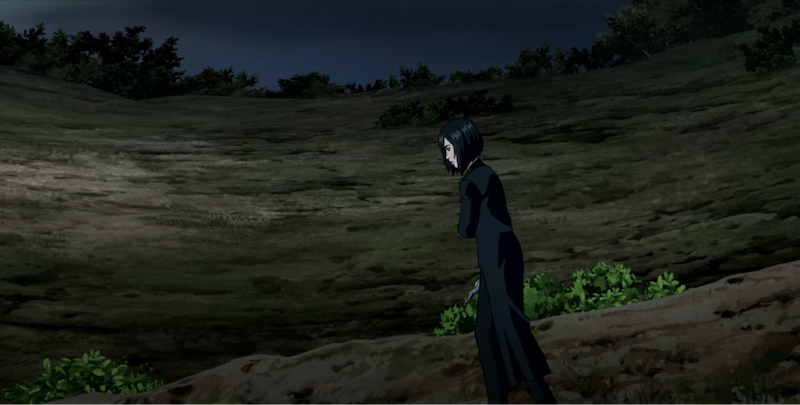 As the series progresses, one can’t help but seriously worry about her well-being. Especially after that epic battle with Talagbusao in the finale. We’re pretty sure there has to be some sort of babaylan-slash-therapist somewhere out there…

18. “Finally, a show based on a story that’s truly, unrelentingly Filipino!” 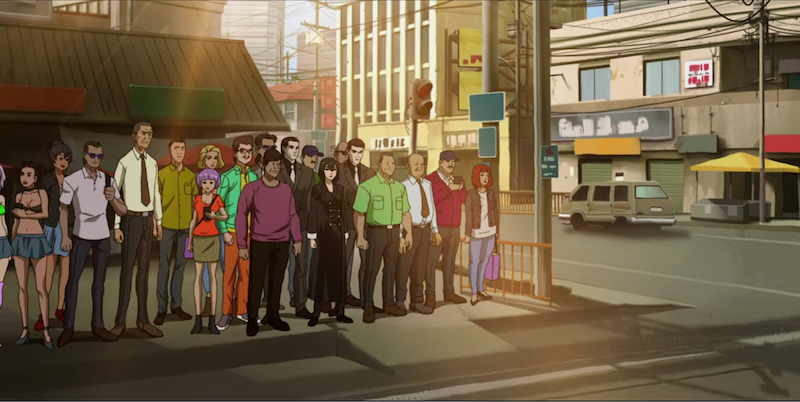 We’ll keep it real in this Trese Netflix review: It’s far from perfect, but that doesn’t make it any less groundbreaking. It’s a show that celebrates Filipino culture and tradition by actually showing it, not just telling it. While anyone could enjoy it without prior knowledge about the cultural nuances, it’s these nuances that enhance the story without overshadowing it.

At the same time, it doesn’t resort to cultural mishmashing (*cough* Raya and the Last Dragon *cough*) in an attempt to be unique and interesting. It doesn’t rely on the “mainstream Pinoy aesthetic” — which, frankly, is mostly just saying “I love adobo and halo-halo, therefore I’m totally Filipino” on social media. 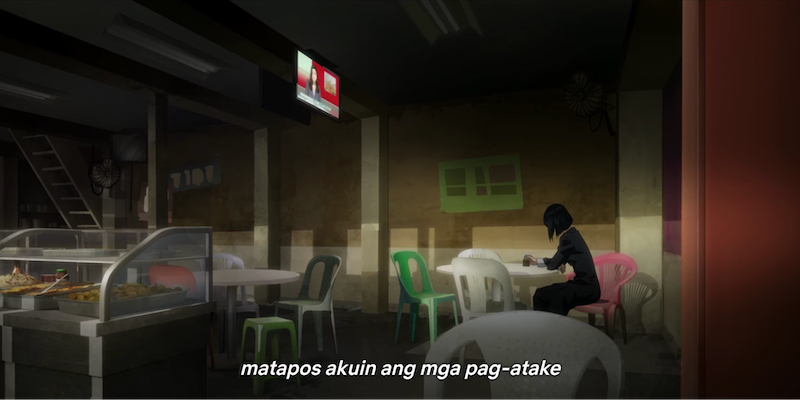 Okay, that’s enough shots fired for now. The point is, this show is a long-overdue breath of fresh air. Bless up, mga bes. 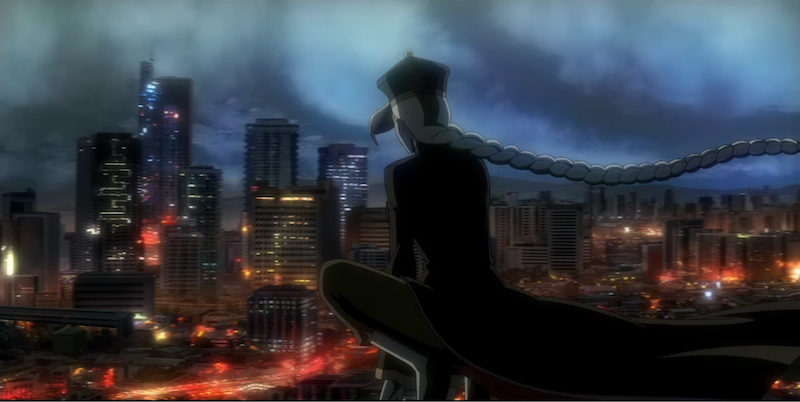 The show was only six episodes long, after all. Despite this short span, though, it certainly does a good job of fleshing out the characters and several aspects of the storyline. It achieves character development not only with the main protagonist, but even the other regular characters. It doesn’t rely on dragging monologues to explain most of what’s happening. Instead, it goes straight to the matter/s at hand through action and development.

But of course, that ending has clearly left a lot of us hanging. As it should.

BRB, praying to the old gods that Trese gets renewed for a second season (or more).

So, what do you think of this Trese Netflix review? Go on and tell us all about it on our Facebook page!

All images credited to Netflix and Netflix Philippines.