Does Travel Enable Vanity in Filipinos?

Months ago, I wrote about the many creative ways Filipinos document their travel experiences through pictures. I remember being torn about a particular item on the list, which I then labelled as the “blurred and blocked destination”. Torn, because I wasn’t sure whether these kinds of content are rightful of the words “travel photos” to begin with or not.

In this example, I meant to describe photos that focus excessively on the traveller to the point of merely using places and cultures as backdrops. In extreme cases, some of these posts bear no travel relevance, were taken irresponsibly, and were inappropriately posted in online communities that claim to inspire travel — leaving me to ponder on the owners’ intentions.

Then again, who am I to judge? Until sometime during Holy Week, there was a posting spree of these photos by Filipinos while asking a community of thousands to do the same. A couple of notable ones were of a boy posing in front of (and almost fully blocking) what looked like a picturesque bridge overseas and a girl showing off her attention-drawing beach bum, which drew mixed reactions.

As of writing, one of the posts has been removed — whether by the owner or the group manager, I’m not sure. Nonetheless, it brought me back to my pondering To what extent can travel photos be considered creative versus pure attention-seeking? Furthermore, is there such a thing as “travel vanity” and should it be considered a problem? If yes, how can one person, and eventually online travel communities, eradicate such a problem?

Also read: Travel Bragging: On Posting About Your Travels On Social Media What is travel vanity?

As something I came up with myself given the lack of available resources, travel vanity is when a person uses travel for physical validation, specifically through social media. For the purposes of this article, via online travel communities found on Facebook. Take the following scenarios for example:

Scenario 1: Fond of travelling, Marco joins Facebook travel communities to engage with fellow travellers. Inspired by others’ journeys, he travels to experience places himself. Stunned by them, he captures these places beautifully and goes on to share his photos to his new community along with a caption that details his personal experiences. He gains approval from the community, and inspires members like him to do the same.

Scenario 2: Also fond of travelling, Randy joins the same Facebook travel communities. Artistic and tech-savvy, he gets travel inspiration by looking at the aesthetic value of places. When travelling, he is always prepared with travel OOTDs and makes sure he is always “seen” in his photos. He wants others to know he’s been to these destinations, only he puts exaggerated emphasis on his physical attributes. He compensates by writing witty and generic captions. In the end, his posts also gain tremendous approval from the community. In either scenario, the use of photos as a tool to share travel experiences (or at least to show that one has been to a certain destination or has done a certain activity) are evident. They’re also ingenious in each of their ways. But while one highlights experiences with the use of eye-catching landscapes, the other one puts excessive focus on the traveller. Based on the definition I gave above, who’s more likely to be “travel vain”?

Let’s discuss Randy a little more thoroughly. In the scenario above, I used the keyword “exaggerated” to define Randy’s actions as being excessive, a term closely tied with vanity (as in excessive pride of one’s physical attributes or of one’s accomplishments). So are the words egocentric, self-absorbed, self-serving, and inconsiderate.

One can say that travel has enabled Randy to show a hint of vanity by using the community to gain physical validation in the form of a travel photo. Knowing how the social media world works, he figures it’s the best way to inspire others to travel. “The influx of jaw-dropping views, fashionable ideas, and great-looking content projected in social media and the validation these get from the followers trigger people to go to the same place or to do the same”, Charles (not real name), a Filipino travel blogger said. “These photos and videos, when posted in social media, get likes, comments, and even shares which give validation to the owners.” 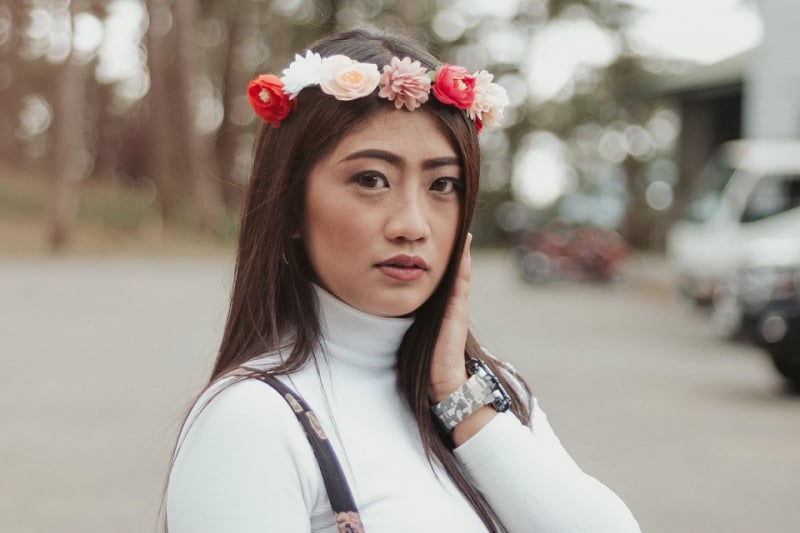 Meanwhile, a traveller and active social media user we’ll refer to as Sev shared that travel should focus on personal experiences, but those appropriate for sharing to some people only. “The food, the scenery, the feeling — it’s not about me,” he said. When you have travel groups allowing and normalising content that promotes attention-seeking in the guise of a travel photo, the authenticity of experiences is lost. Unfortunately in social media, it’s easy to downplay such actions as a form of self-expression.

Furthermore, when travel photos project self-centred beauty and very little inspiration (by providing tangible information or showing destinations and cultures as they are) as they claim to do, travel envy is imminent. And by doing so, travel — a known privilege to a select few — is reduced to a mere tool of physical validation more than anything else. This makes travel vanity a bigger problem than it may appear.

When travel does not enable vanity

Going back to the first sentence of this article, taking owner-centric photos is but one of countless ways Filipinos get creative over their travel documentation. Travelling, while making sure one looks his or her best, might give the person (whether it’s Marco or Randy) a certain physical validation that’s more innately satisfying than outwardly damaging.

Sev added that the fact that some Filipinos use these online travel communities to share such content may also be a way to boost their sense of belongingness in the group, especially when they receive positive feedback by means of reactions and comments. In such a case, asking for physical validation may not be such a bad thing after all. 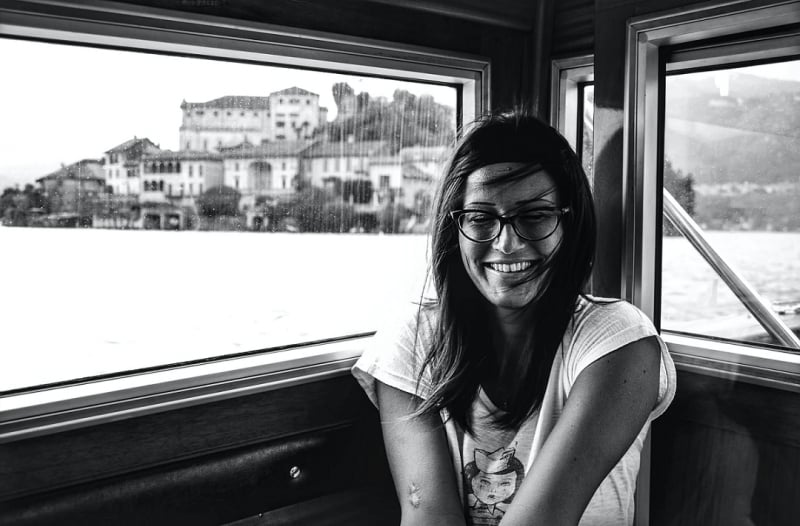 Karl Presentacion, a professional photographer and co-founder of SinoPinas, further pointed out that in the time of social media, such actions are simply another way of inspiring travel beyond common storytelling. “People create travel plans mostly according to what they see on social media”, he shared. “The impact of recreating a photo inspiration leads to a more conscious thinking to look good in travel photos.”

With Filipinos’ selfie trend (in case you missed it, the Philippines was declared the selfie capital of the world earlier this decade), Filipinos make the best of social media in their quest to make travel happen or to share their travel achievements.

It’s a known fact that travel inspires one to do many things: to learn about a different culture, to meet new people, to discover things about oneself, to travel more. And with the industry fast-evolving alongside the digital world, the need to constantly put our best face forward shouldn’t be labelled as vanity, but rather a personal way of documenting our journeys and of sharing it to others.

Also read: Travel Selfies — When Are They NOT Okay? 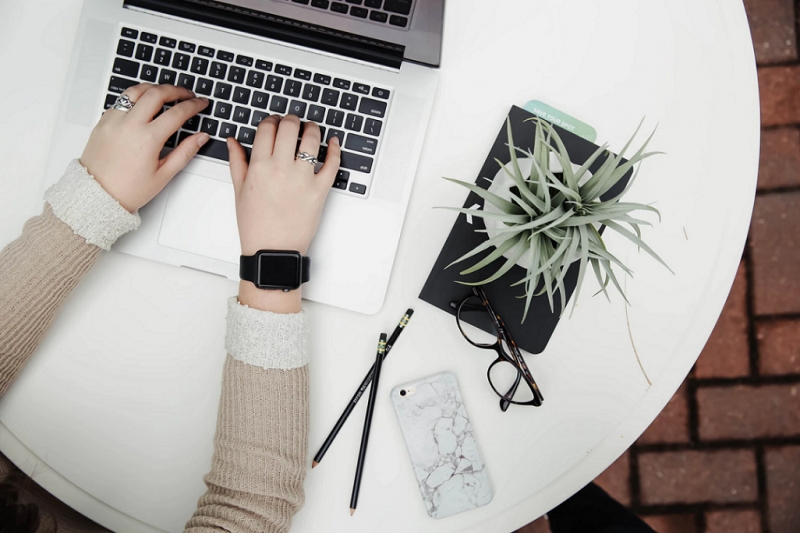 While there is vanity, it’s not travel that directly enables it among us; social media does. Right nor wrong, travel vanity can be looked at differently depending on the intentions of the traveller. The more pressing issue is when and where these photos are seen in the public sphere. Marco and Randy opted to join online travel communities to inspire fun and worthwhile travel in their own way. However, it’s a different case when social media users take advantage of these communities to promote not only irrelevant, but inappropriate content.

Like I said, the travel industry is fast evolving, and Filipino social media users are always along for the ride. As online travel communities flourish, so does our freedom to post anything and everything we can, sometimes with utter disregard of the nature of our posts and the audience to which we intend to share these contents. How the managers and members of these online travel communities ought to use their freedom online is another story.