12 Beautiful Coastal Cities in the Philippines

With over 7,000 gorgeous islands to its name, the Philippines isn’t short of distinctive and breathtaking waterfronts that rival those in Australia and Brazil. Of officially 122 cities in the country, you’ll find that a good number of them are excellently positioned to offer the best of both nature and urban life. It’s high time these coastal cities are loved for their own beauty, and not just as gateways to the country’s more popular tropical attractions.

The Philippine capital may not have the most outstanding reputation in comparison to its Southeast Asian sisters, but it’s hard to deny that it still holds one of the most iconic bayside locations in all of the country just overlooking the vast Manila Bay. The sunset here is just as immaculate as the city’s history, which dates back to over 500 years!

The province of Pangasinan in the northern Philippines is what some people consider as one of the most underrated places in the country. Little do they know that one of its cities, Dagupan, has long led the aquaculture industry in the country and is one of its top exporters of fresh bangus (milkfish). Currently, it steadily establishes itself as a new business and educational centre.

When it comes to beaches, both Boracay and Palawan are already proven top contenders. But there’s no wonder that there’s now a place for Batangas in those coveted spots as well. Its capital city lies on a cove-like area just off the southwestern side of the province. What gives it an added edge is that it only takes a few hours to get here from Manila, and there are plenty of tropical activities for you to do here too!

Try: Sightseeing in Plaza Mabini and nature activities like hiking to Mt. Banoy and lazing away in Mahabang Buhangin Beach 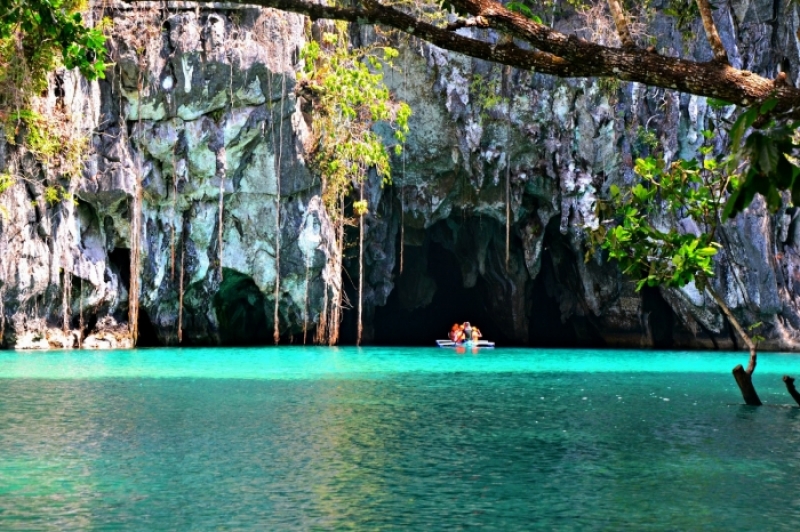 People know Puerto Princesa as the capital of Palawan and one of the greenest cities in the Philippines. On the negative, its reputation is constantly underrated as a mere portal to the world-famous El Nido and Coron. But those who’ve been there will completely beg to disagree. Puerto Princesa is the go-to destination for eco-tourists and basically anyone who’s committed to see just what it’s like to be in paradise.

If a nice trip down the Philippines’ memory lane interests you, then Cebu City is potentially your best option. Aside from being home of the unbeatable lechon, the former Philippine capital also boasts of historic attractions like the Fort San Pedro, five-star resorts and a myriad of land and water-based natural wonders visited by the most adventurous of travellers.

Try: Marvelling at the Temple of Leah and taking Instagram-worthy shots at Sirao Garden

Having one of the country’s top universities certainly makes Dumaguete a much busier city than many others in its side of the archipelago. But a well-educated population is also why it’s considered a bustling community for expats to live in. Nonetheless, if you want to be away from these anytime you want to, there’s always the city’s harbourfront promenade where you can take a moment to relax and take in the gorgeous sea views followed by a hearty session at one of the food stalls around you.

Try: Tempura tasting at Rizal Boulevard and chilling out at Quezon Park

When you have a city dubbed as none other than the Seafood Capital of the Philippines, you know you can expect nothing less than an amazing gastronomic adventure. More than the food, however, do you know that the environmentally friendly Roxas City was also awarded by the Philippine Department of Health for being “100 percent tobacco-free”?

Try: Seeing the BIGGEST bell in Asia at Sta. Monica Church and hanging out at Baybay Beach

The only city in Bohol, Tagbilaran boasts of a 12.2 km coastline and serves as the main entry point, whether by air or sea, to the growing island province in the Central Visayas region. It is commonly referred to as the City of Friendship and well-known for its farming and fishing initiatives, aside from being the ideal jump-off point to Bohol’s long list of attractions, including the Chocolate Hills.

Despite being one of the most populous cities in the Philippines, Cagayan de Oro manages to maintain a charm that is hard to find anywhere else in the country. It continues to be the centre of education and commerce in Northern Mindanao, as well as a base for doing a number of outrageous outdoor adventures that have gained enormous popularity on their own through the years.

Try: Embarking on a whitewater rafting adventure and exploring the Macahambus Cave

Before direct flights to Siargao happened, Surigao City served as the easiest way to get to this iconic surfing island in Mindanao. Aside from outlying islands and islets, the city itself is dotted with natural attractions that will make any nature-lover wish to stay longer. These include mangrove forests, caves, lagoons and waterfalls.

For Filipinos, General Santos City can easily be associated with world boxing champion and current Philippine Senator Manny Pacquiao. If you’re a fan of eating more than boxing though, you can still adore the city for its fresh tuna, salmon and sardines! The even better news is that anyone can go to the city practically anytime they wish to because of its nice and sunny weather all throughout the year.

Exploring the Philippines won’t be complete without ever seeing at least one of its exquisite waterfalls. In Iligan City alone, you can encounter a total of 23 of them during your visit. The city is independent in terms of administration from the province of Lanao del Norte and considered as the Industrial Centre of the South for generating hydroelectric power throughout Mindanao with the Maria Cristina Falls.

Try: Taking a day trip to any of the waterfalls and tasting Iligan Lechon

On your next exploration around the Philippines, perhaps try spending more time in these coastal cities. You’ll be surprised to see that there’s really more to the country than the often raved about remote tropical islands. And to a certain extent, they can be found right where you land.